When people think of Los Angeles, most think of Hollywood, Beverly Hills, Venice Beach and all the stereotypical tourist and high traffic communities comprising the Los Angeles area.  It is difficult to keep track due to the diverse and spread out communities that make up the mega city.  As an example, overlaying the Los Angeles area (including Beverly Hills, Santa Monica, West Hollywood, East Los Angeles, Malibu, etc.) it is roughly 12 times larger in area than metropolitan London.  People in LA generally find their mini city or neighborhood to live and socialize in.  The lucky ones can also work in it or nearby, avoiding traffic.  One such area is Larchmont Village.  Nestled between Hancock Park and Hollywood, the village center itself retains an old American town facade and feeling.  At first glance, it resembles something more recognizable on the East Coast or perhaps parts of the Midwestern United States.  Complete with a barber shop, ice cream parlor, cafes, bakeries and restaurants.  The give away would be the 12 month summer/spring weather and California license plates on every car parked. 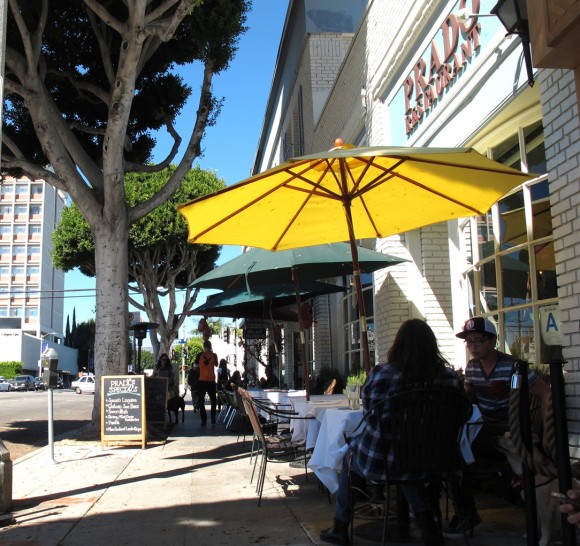 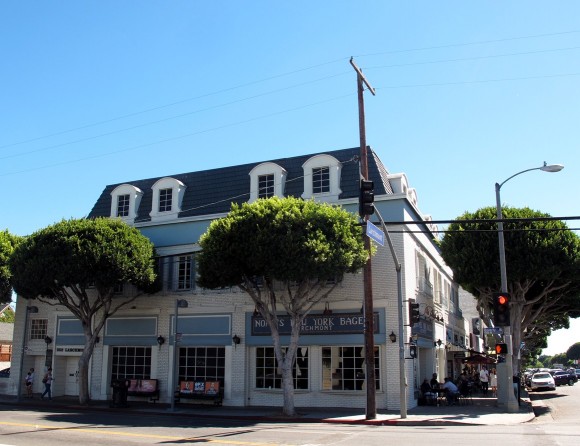 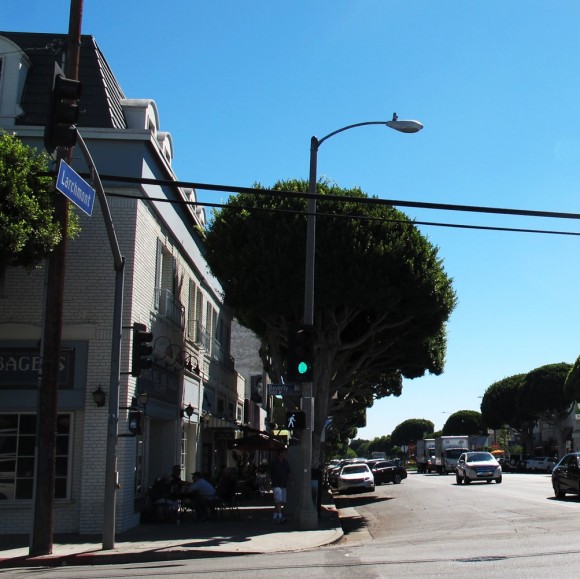 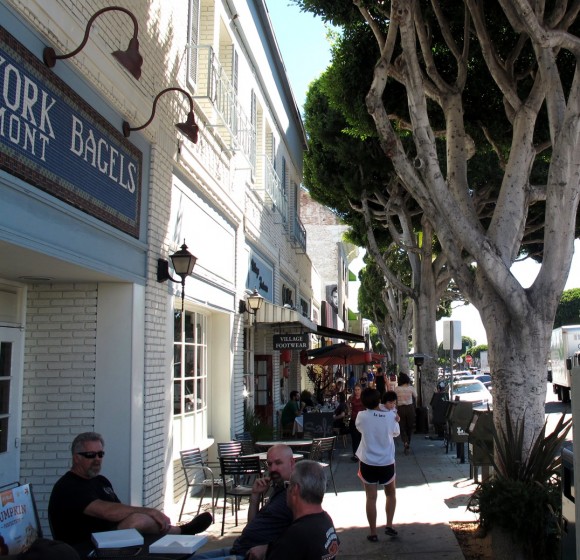 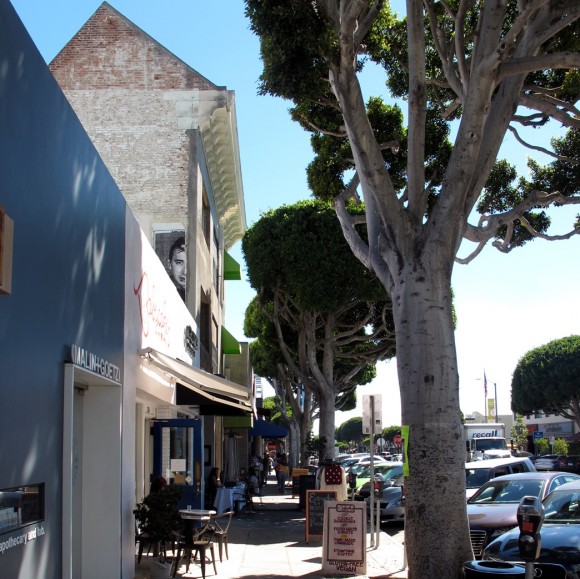 People who travel understand that there are always interesting areas to every place and these areas are often not so obvious.  Some naive travelers might be limited to popular tourist destinations and find themselves “cruising” down the famous Rodeo Drive or Sunset Boulevard only to be followed by a multi-photo session of themselves pressing their hands or faces near embedded stars on the Hollywood Walk of Fame (unless they took the convertible van tour).  It’s really not their fault as main stream tourist propaganda pushes the traditional “would be” hallmark destinations of LA.  But our readers are always in the mood for the less obvious, even quirky. 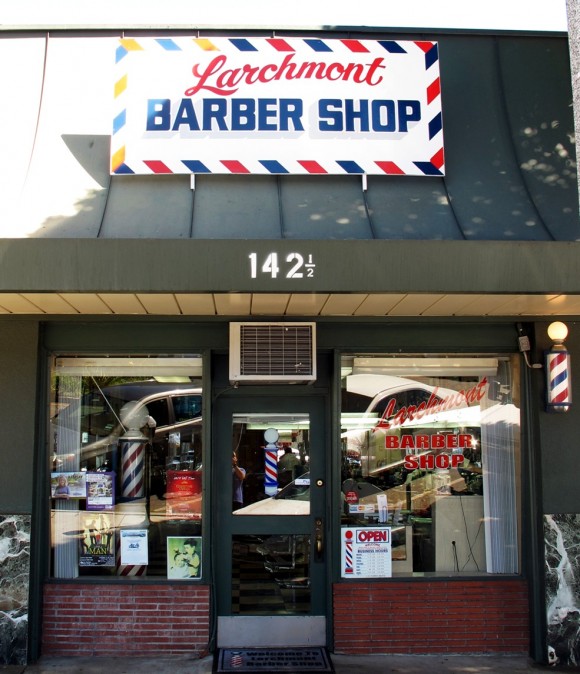 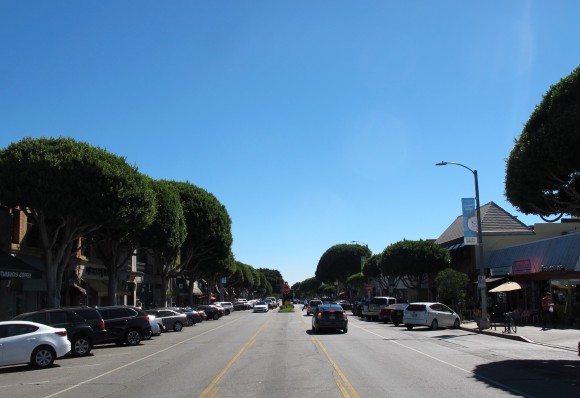 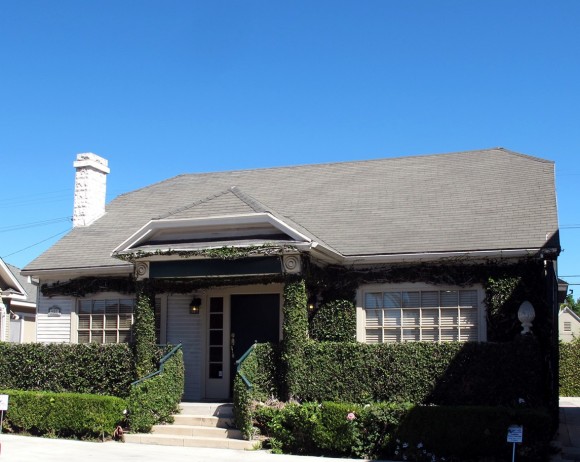 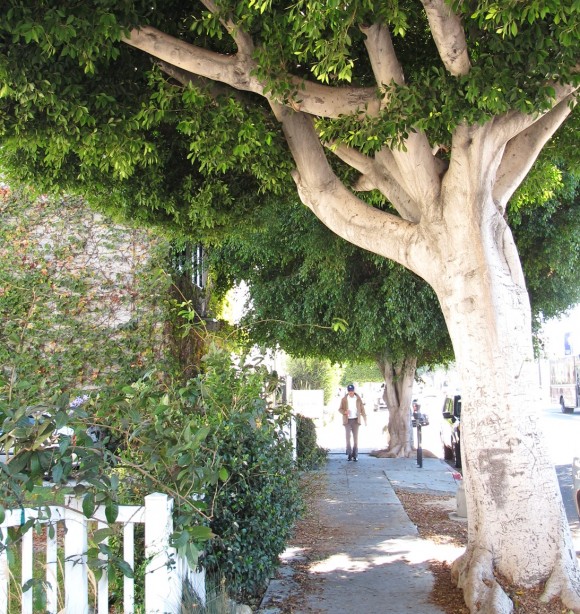 An oasis of old fashioned in the middle of one of the most modern and tech forward cities in the country.  It is certainly a throwback.  Hard to believe Paramount Studios is less than one mile away.  More of a secret, away from the mainstream. 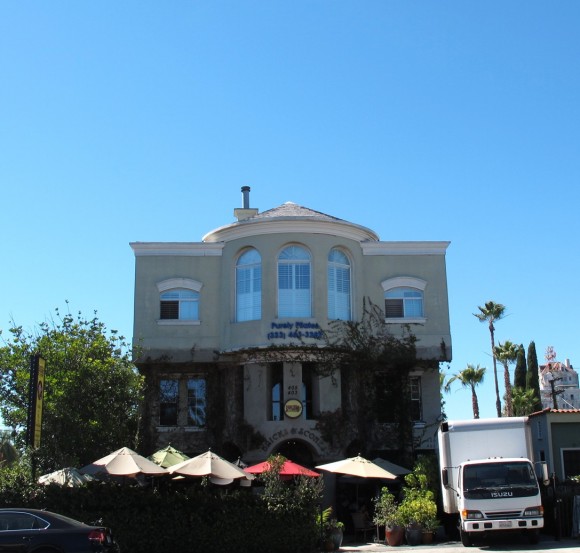 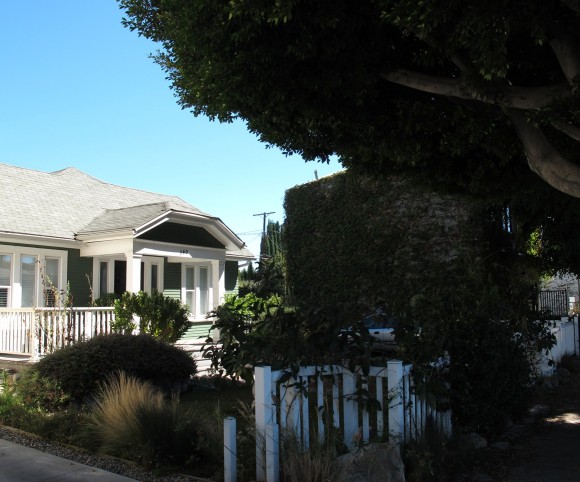 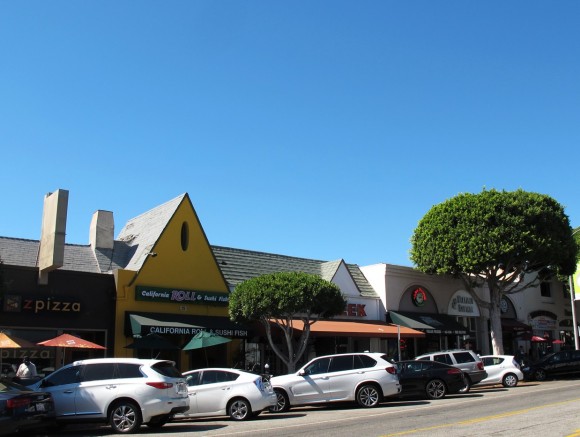 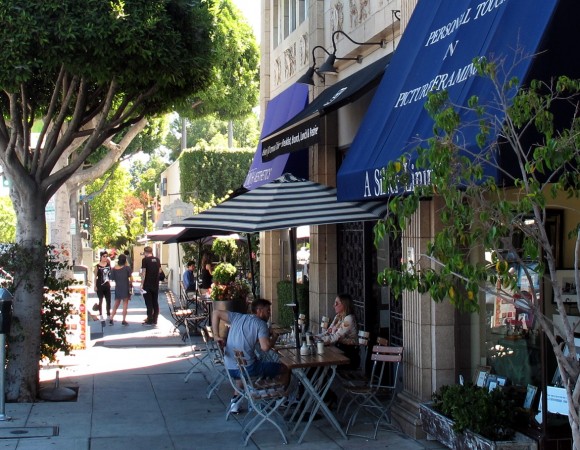 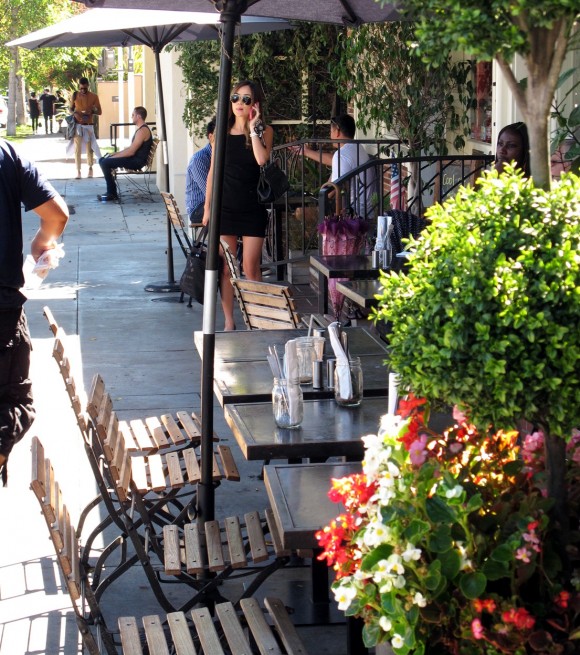 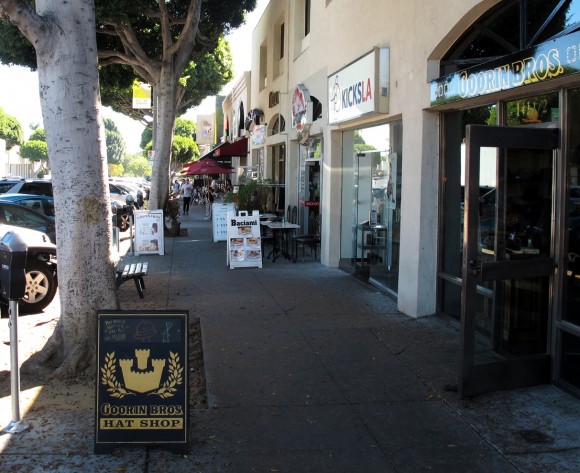 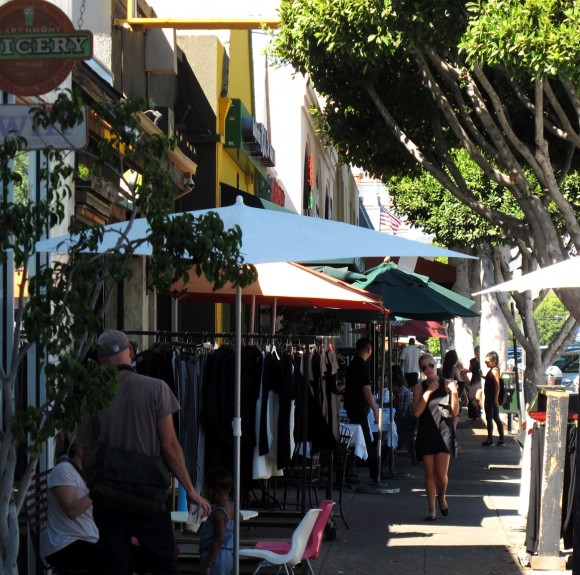 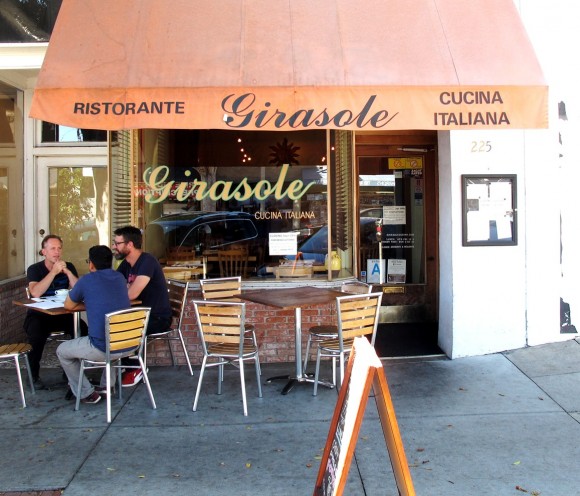 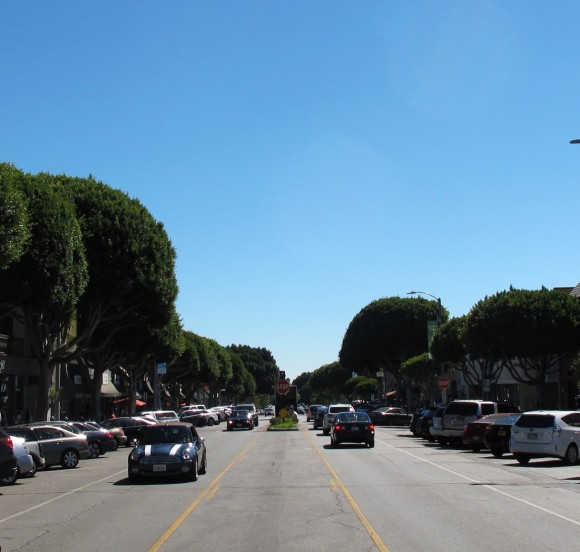 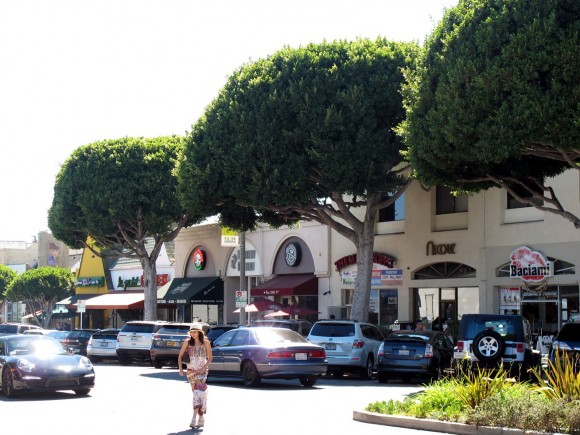 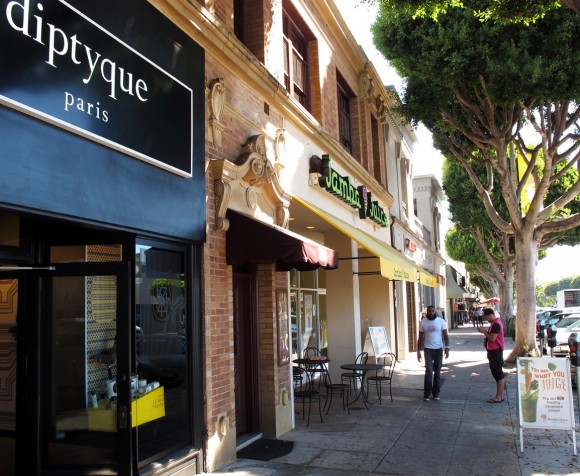 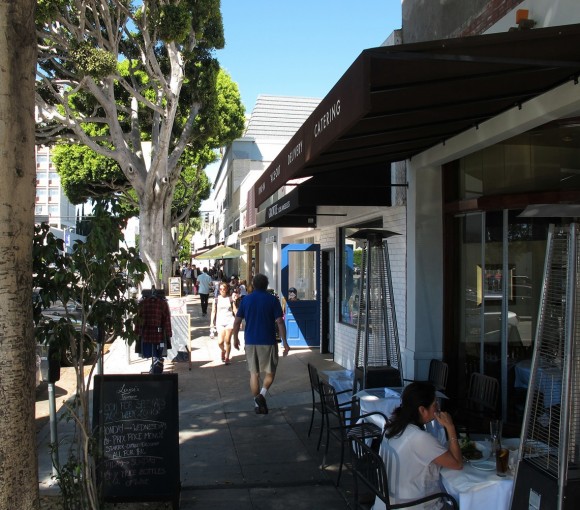 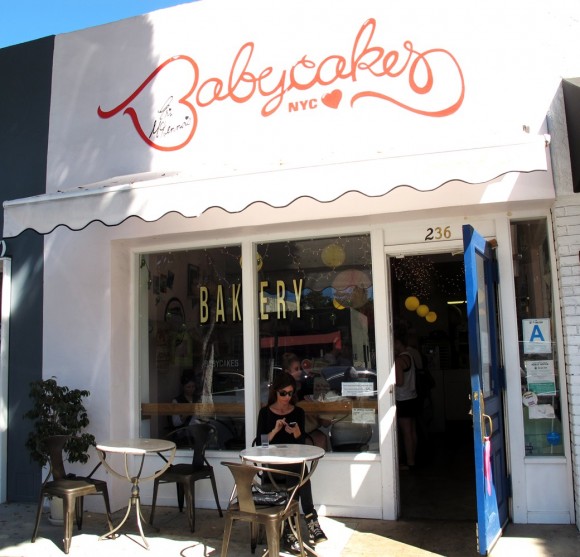 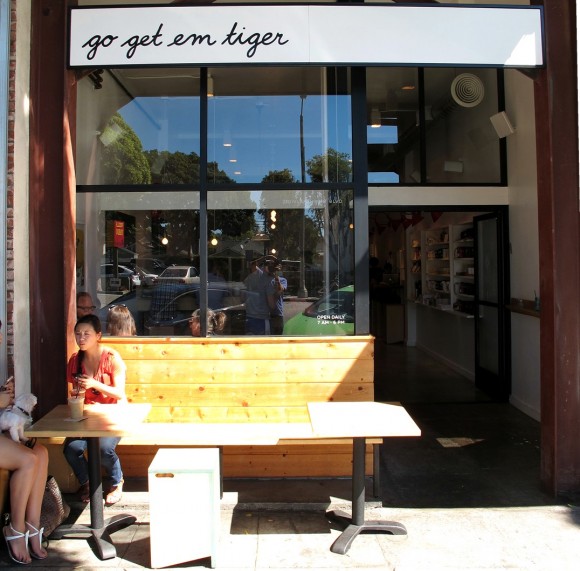 Jaywalking is almost acceptable here but pale skin and out of shape doesn’t seem to be.  Besides the short shorts and t-shirts in October, the convertibles cruising down the street reminds people that beach life is but a short 20 minutes drive West if they so choose.