He's bringing back the cool

If you like art, chances are you try to find works that are beautiful, that you are attached to or can identify with or something that is a statement piece for you on many different levels.  Dare we say, a reflection of your persona rather than an investment (talk to Sotheby’s, Christie’s or Phillip’s about that).  Art is always and infinitely, based on taste.  Michael Johnson, an artist who knows about creating as well as the psychology behind art patrons, has continued to perfect his skills over the past few years.  We discovered his works in New York where he resided for a short time and began self-art-dealing before coming back to Los Angeles.  His work, in short, is modern-sexy-radical.  It’s our opinion and his may have other terms.  As a respectful admirer, there is a broad spectrum of potential buyers for his creations and they will have their own terminology if their art dealers haven’t already labeled it out for them. 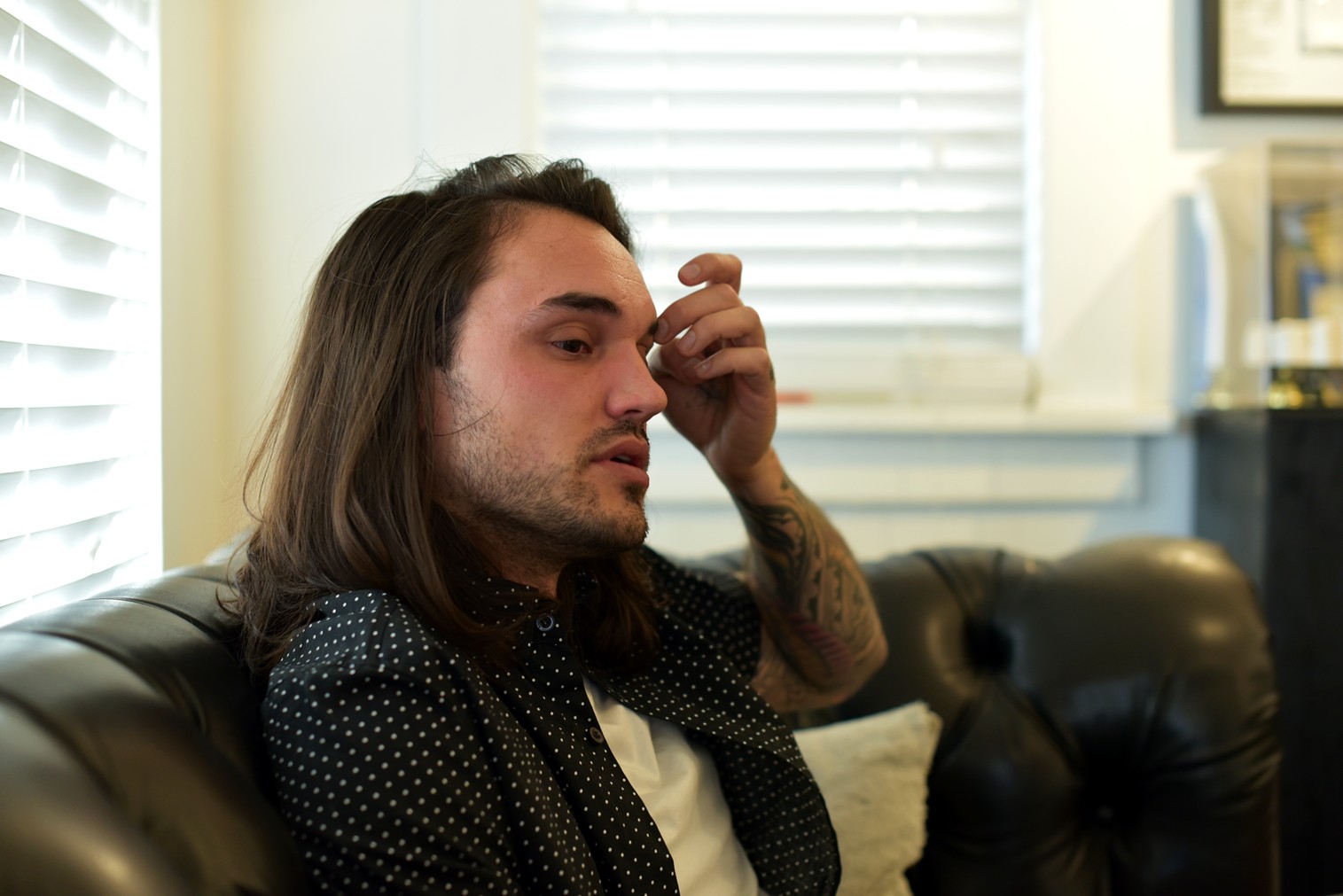 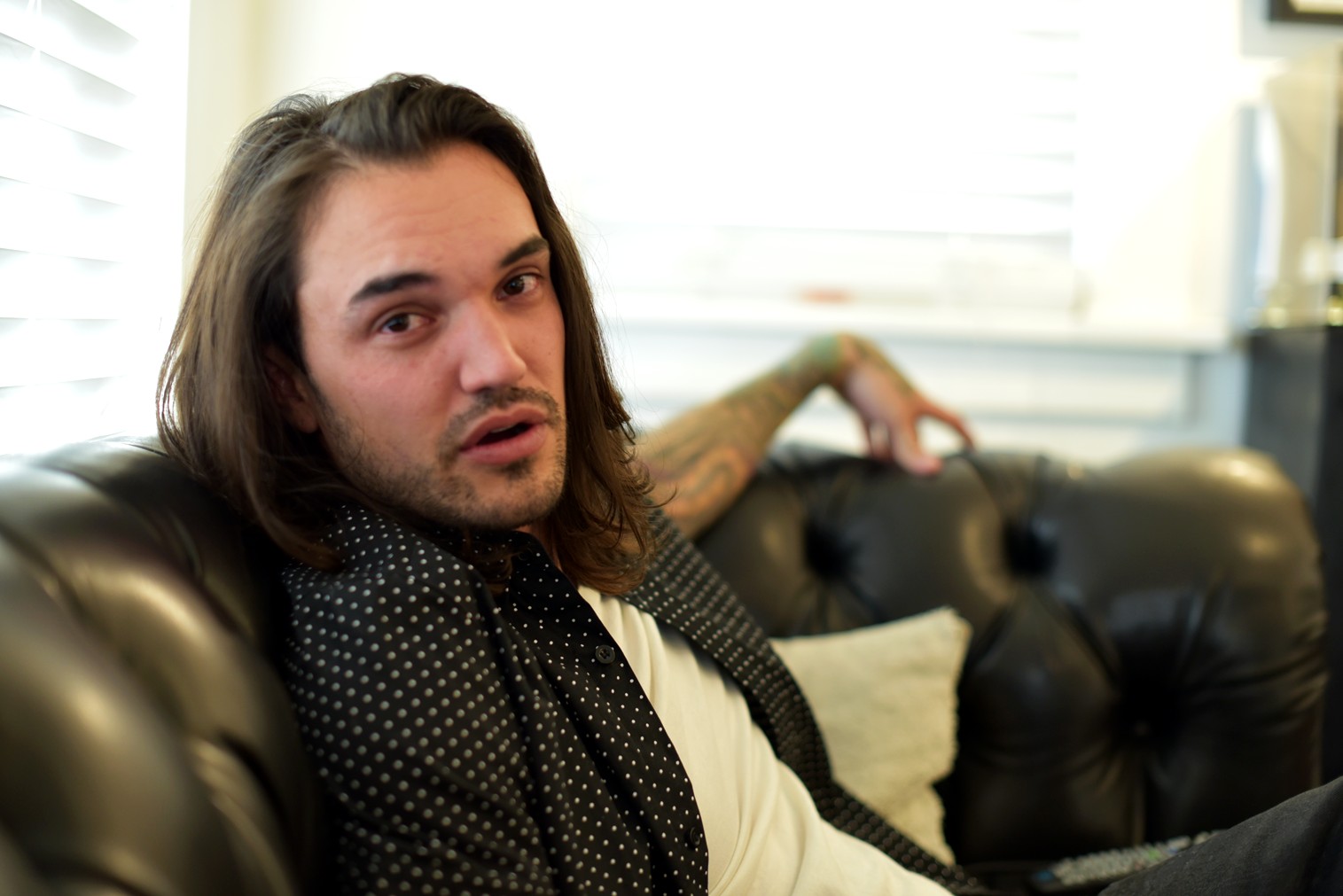 Michael is a person of the modern era who builds his creativity upon various mainstream or popular culture items that are familiar.  Jean-Michel Basquiat looks somewhat similar to a 20th Century copy of 19th Century Picasso.  His work was influenced and some might argue, built upon the idea of another.  Art builds or is influenced by other art and artists.  It’s natural that Michael takes modern “branded” art and popular culture references and incorporates them into his creations.  Quite brilliant and easily identifiable for a large majority of people. 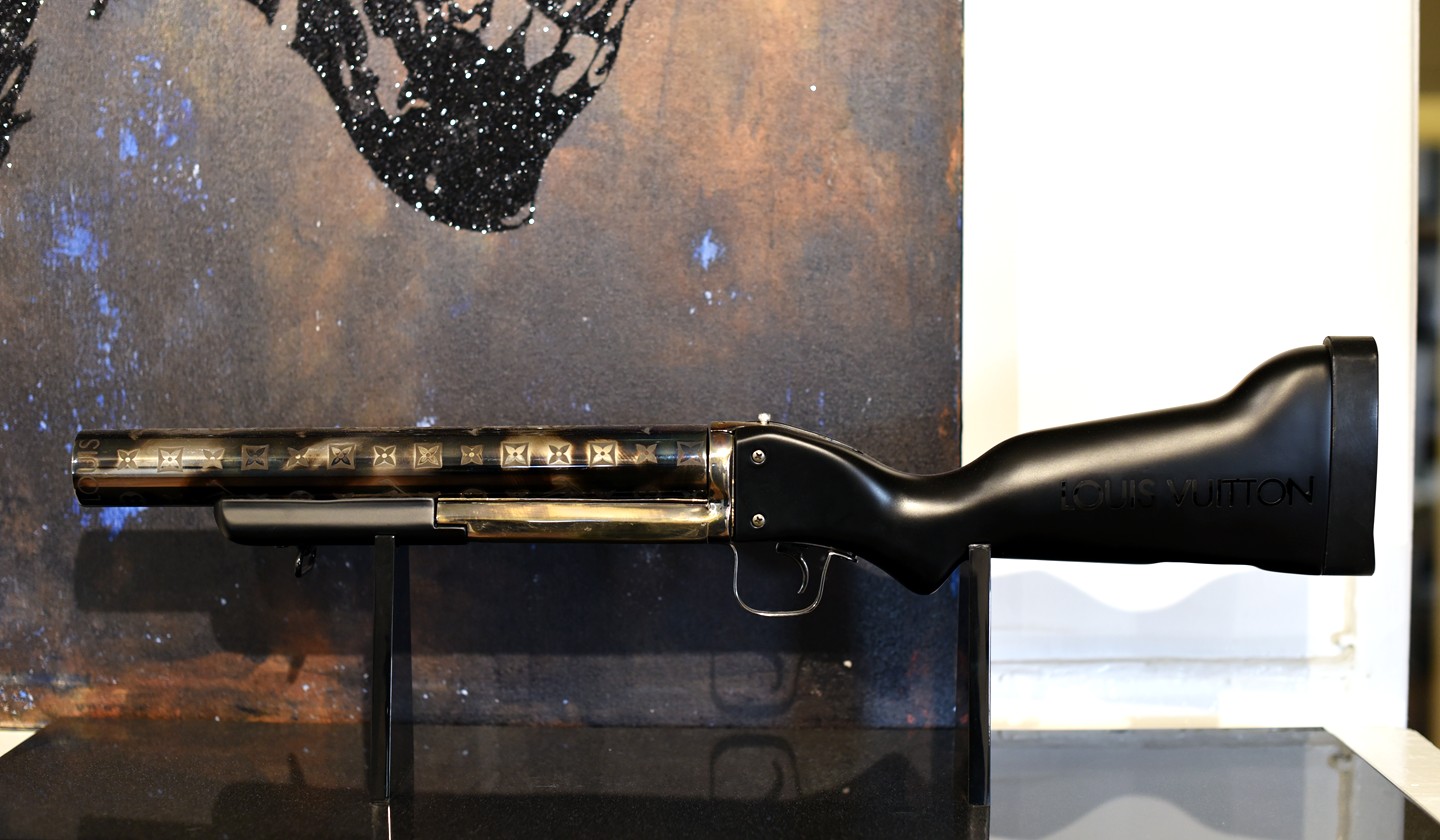 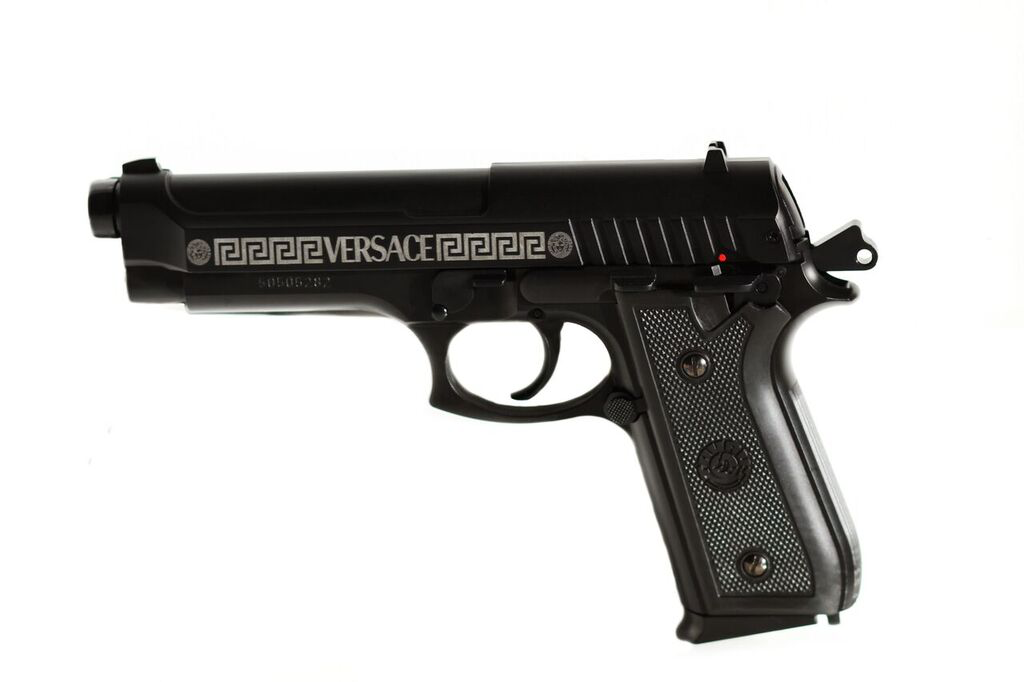 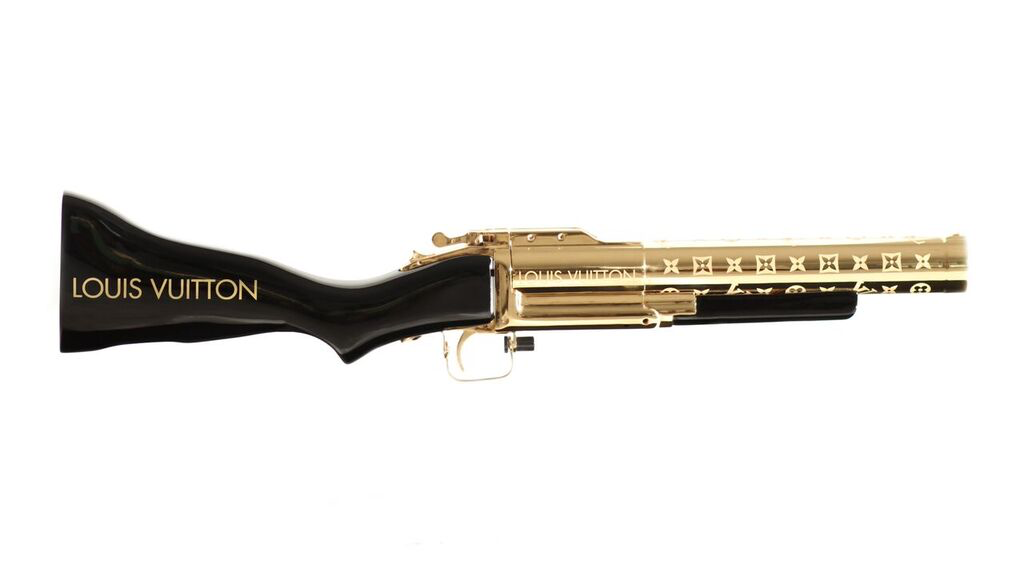 Are they real?  You may have to buy one to find out. 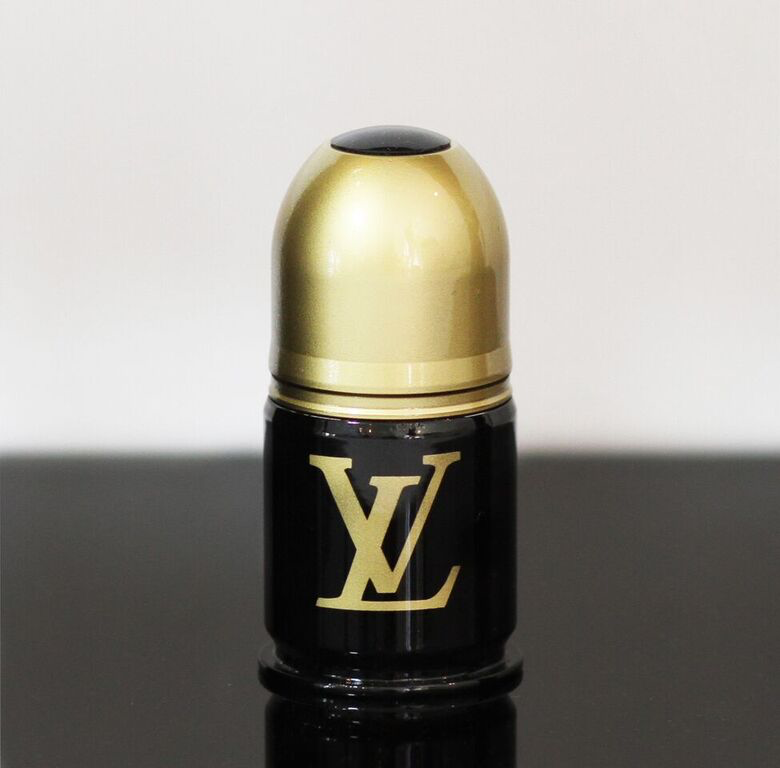 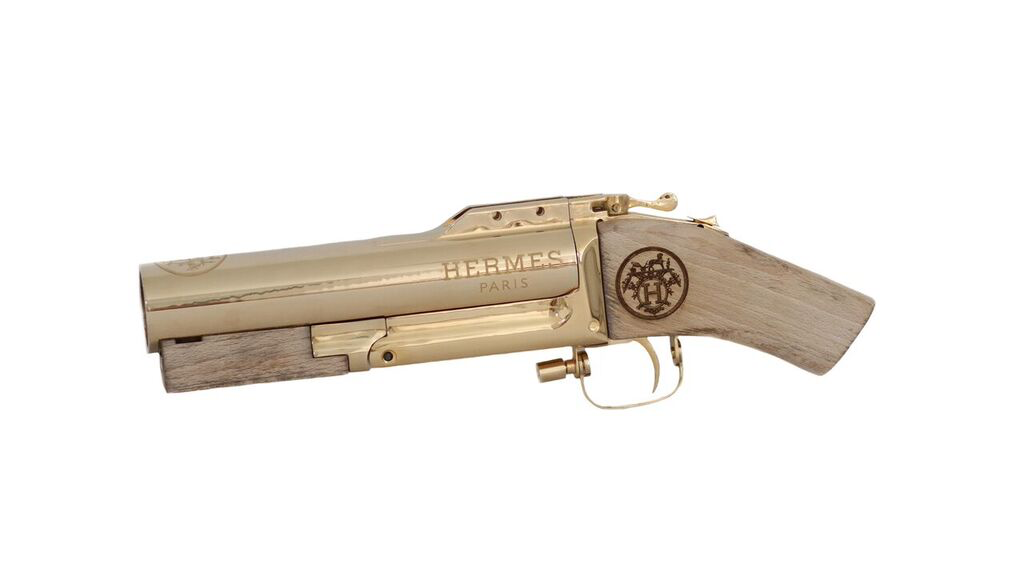 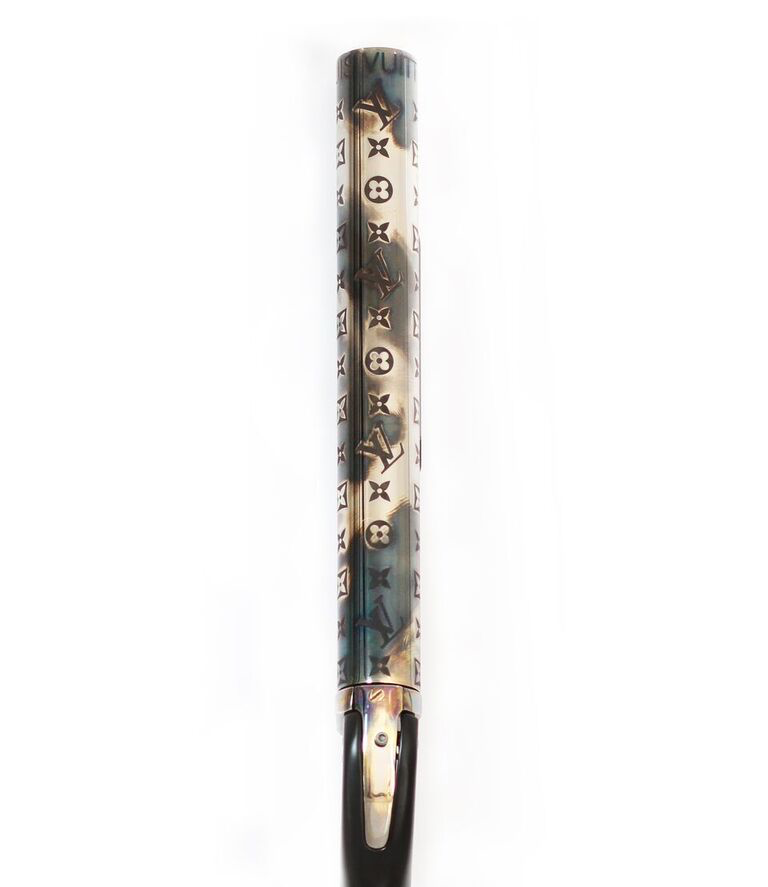 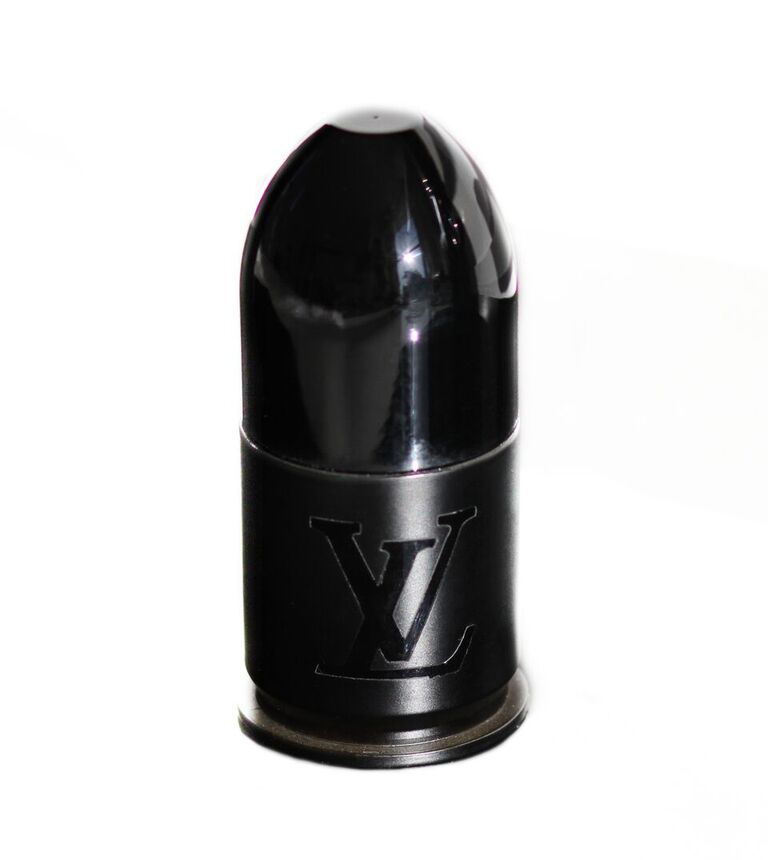 Of course, faux wmd’s are not the only collection he is currently creating.  It’s just that we like this particular line of his art work at present.  He still outshines (literally) all other print on metal canvas creations in the market.  That’s correct, mirror like quality prints on metal.  Some might remember his gold and precious stone saber tooth tiger piece.  With the tiger piece he broke away from one dimensional work to 3D.  His versatility fuels his ability to continue with artistic work on a variety of different playing fields.  Which is to say, his creations can not be classified as an artist solely hinged on canvas or sculpture. 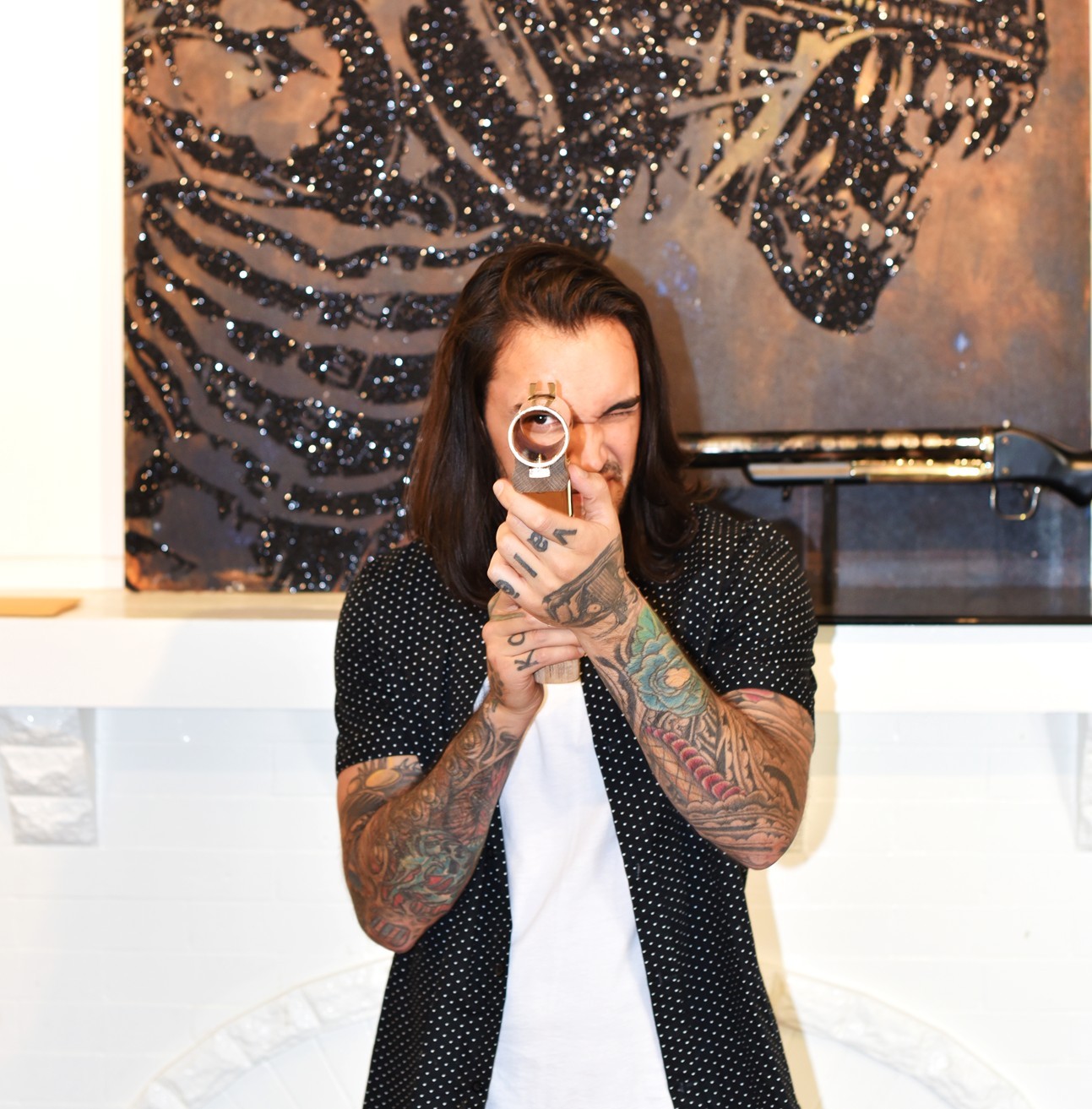 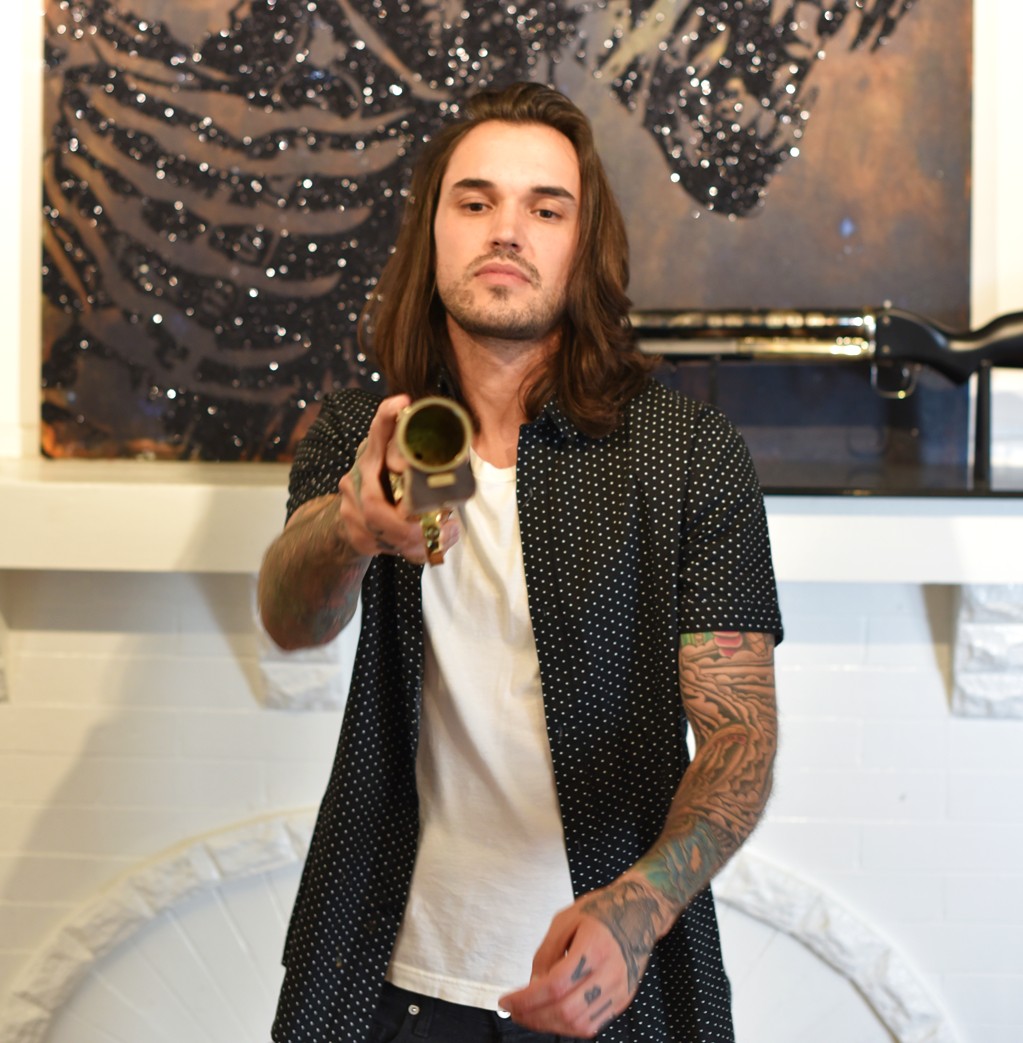 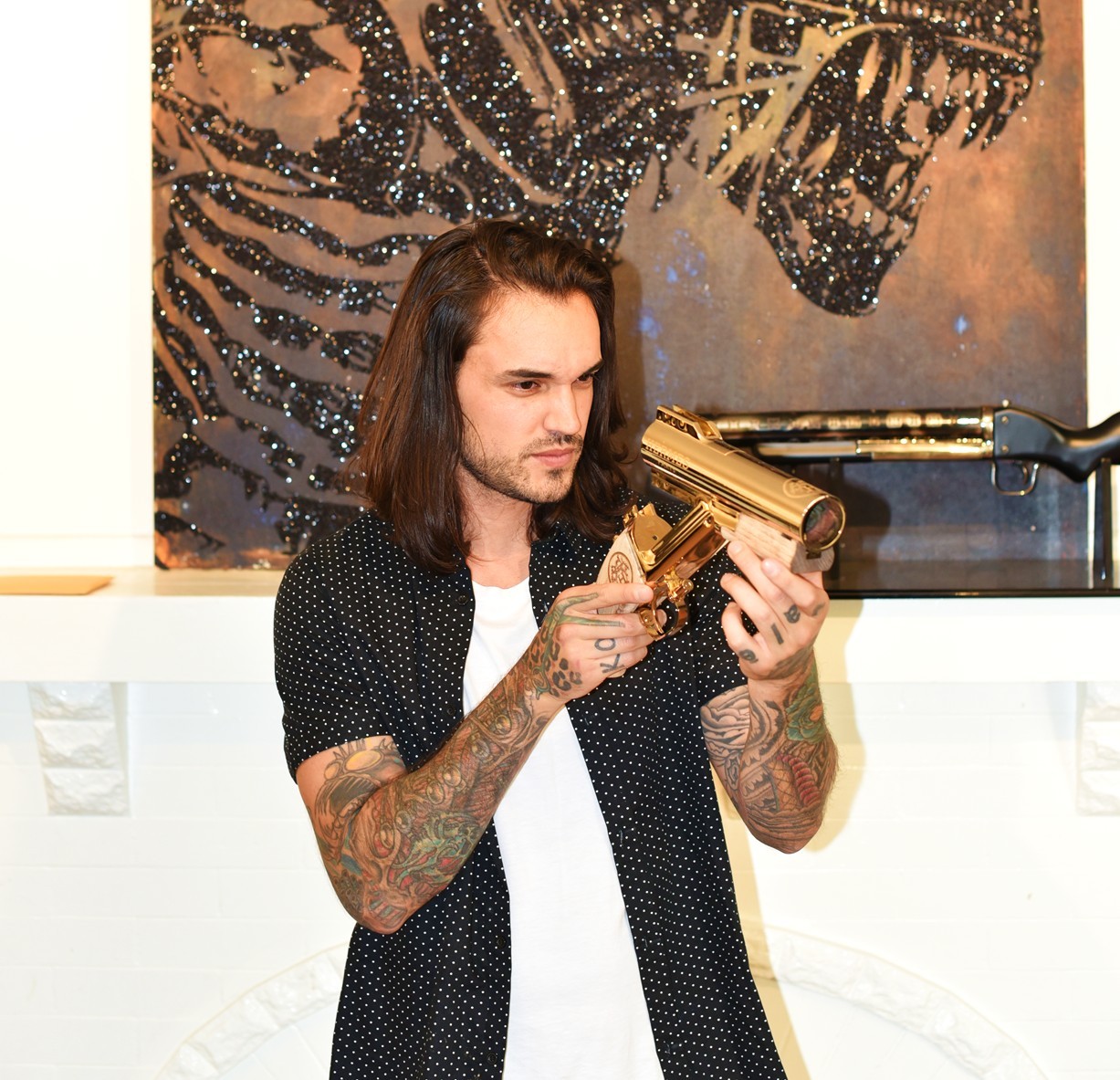 Candidly speaking, we love a majority of his works.  They are appropriate for any environment to be showcased.  He has the vision, the knowledge, the know how and the appreciation for his finished “products” (not to sound so processed or branded as if on a shelf).  Truth be told, he won’t let his work go for less than what he thinks it should go for.  He loves his work.  Others love his work.  After understanding the amount of time and special steps involved to bring his art to fruition, it’s mind blowing and yet he over simplifies it in basic description.  His private orders and gallery shows have given him an above average success in a relatively short amount of time.  Short time meaning starting at ground zero about four years ago.  Bravo!!! 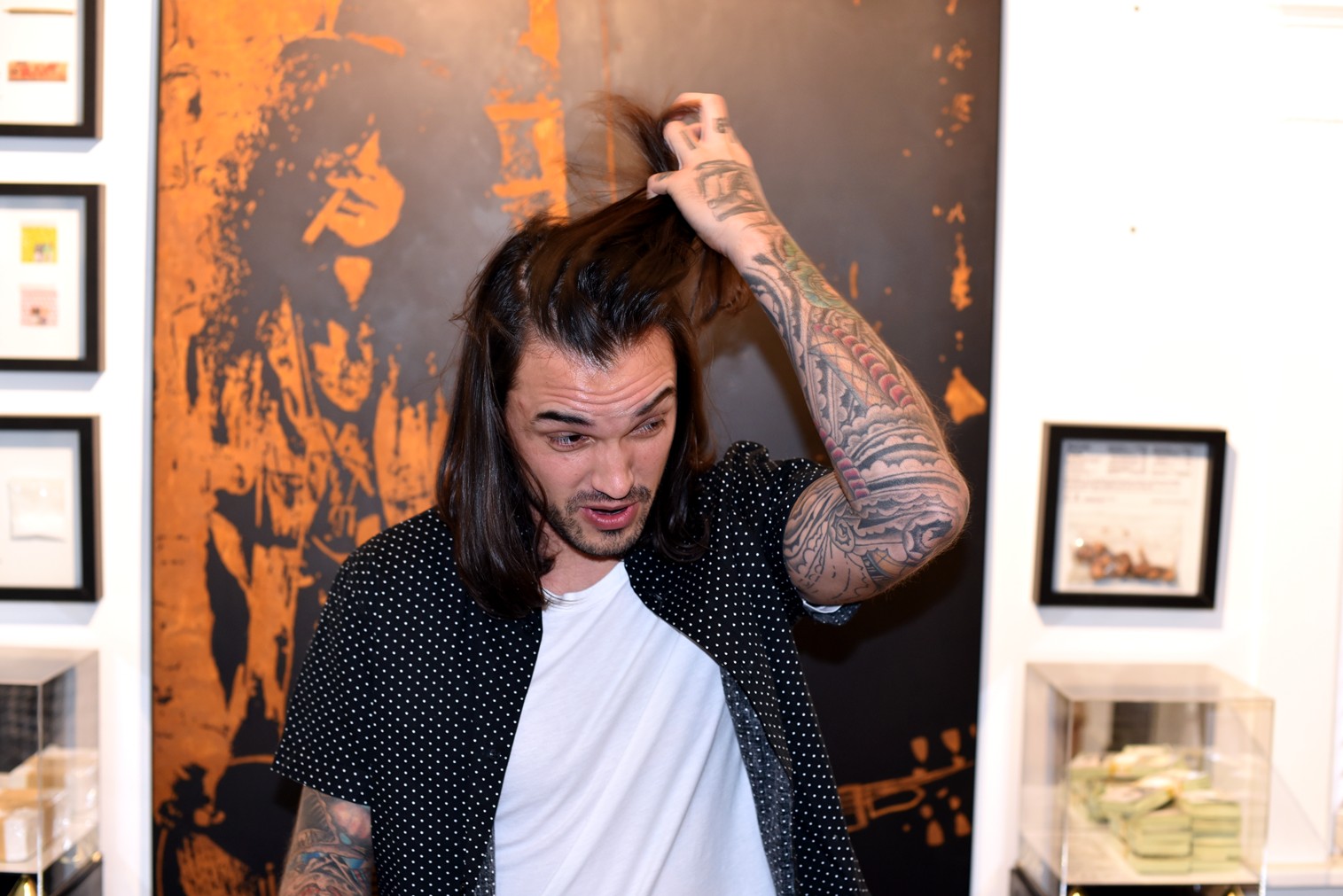 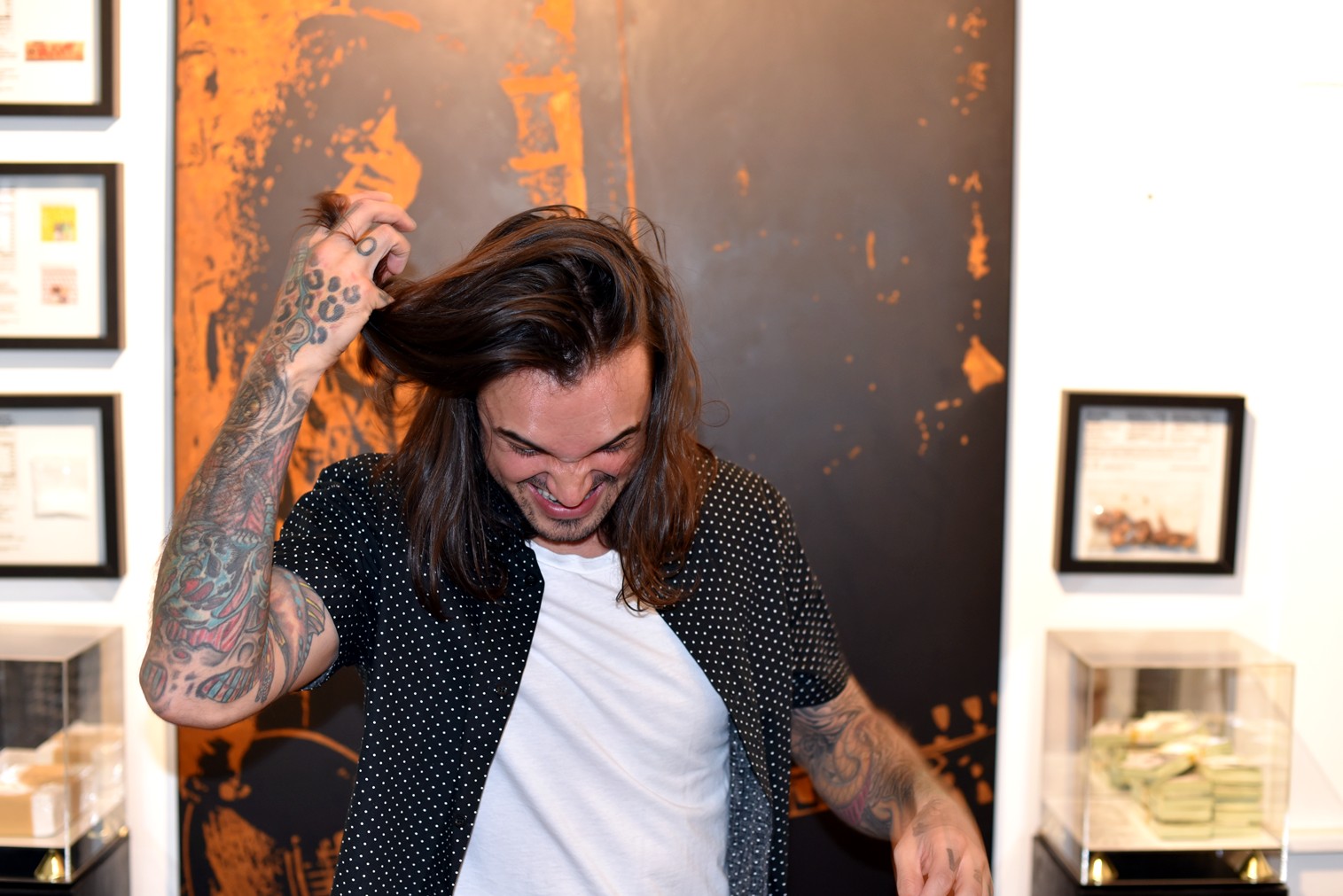 Mike assures us that he won’t vote for Trump 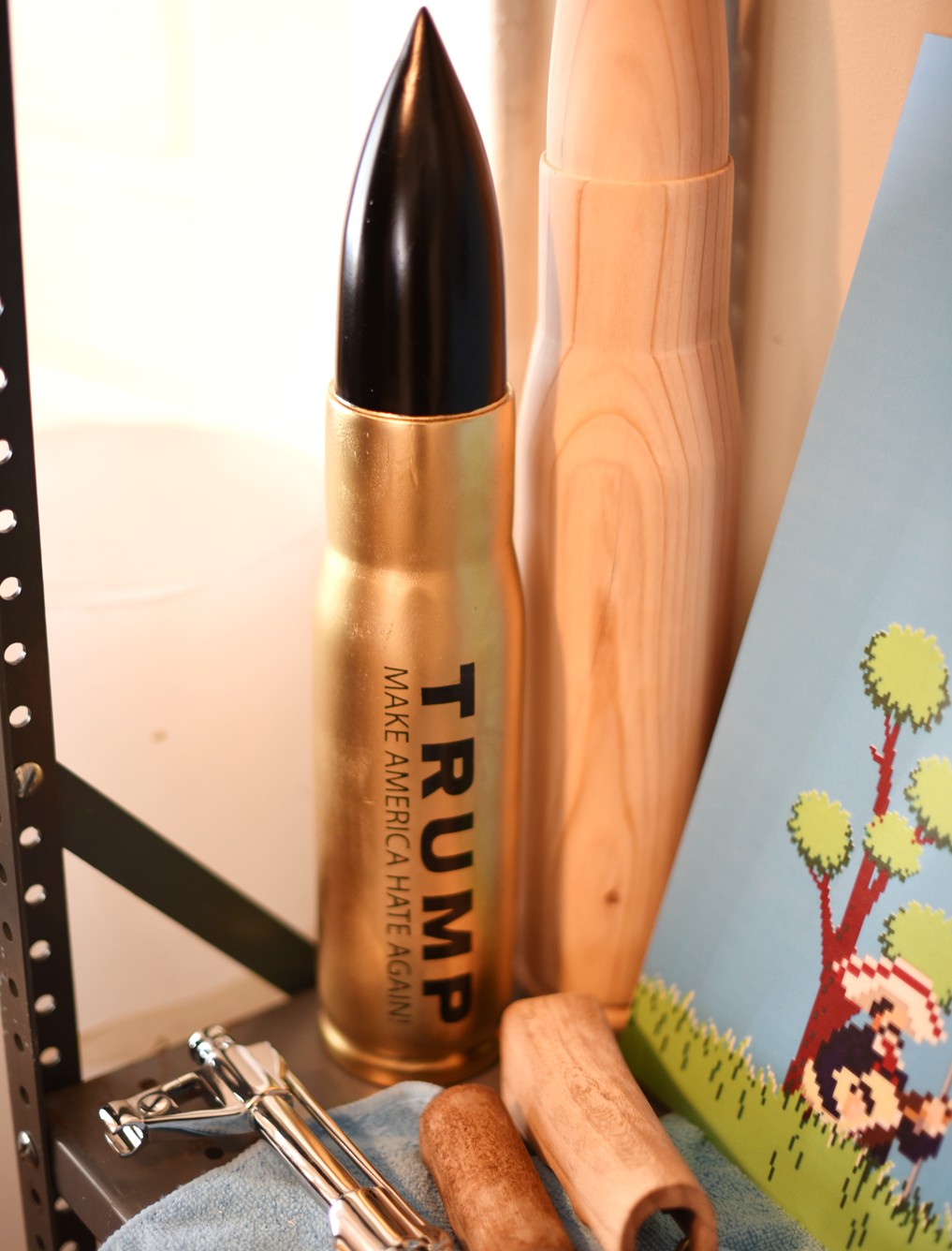 In the meantime, please check out his latest works which are just brilliant (such as Cha-Ching) and keep up to date with him via Instagram @art.i.fact 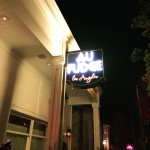 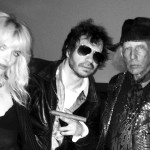