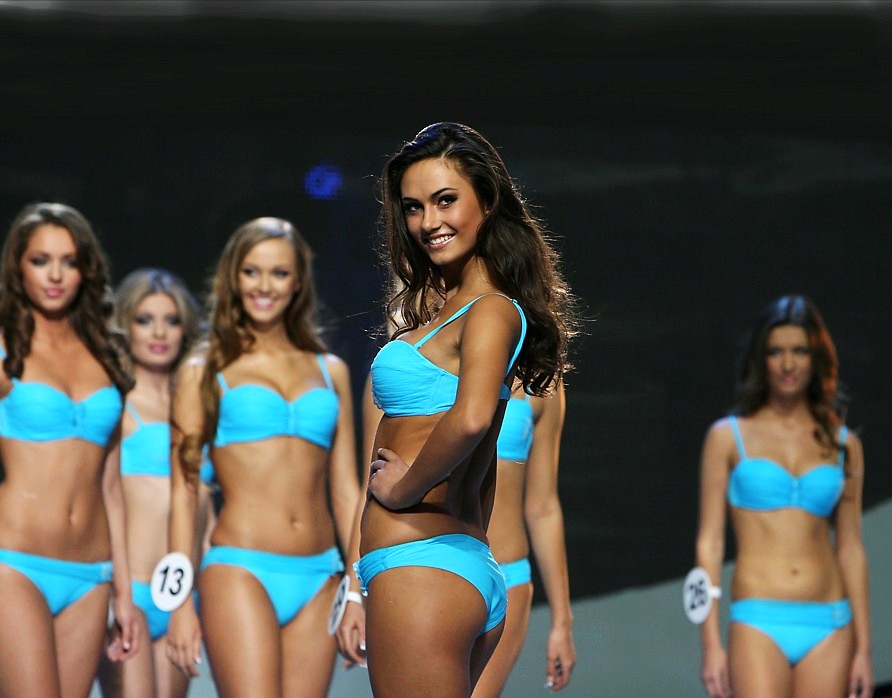 Los Angeles, home of real estate moguls, entertainment executives, technology captains, celebrities, aspiring & want-to-be celebrities, working/non-working actors, 9 to 5 daily workers, Uber drivers, corrupt cops, millions of families, thousands of gangsters, Starbucks baristas, legal & illegal marijuana barons, rocket scientists and of course – models.  I’m sure my list is incomplete, but for a snapshot of a city which has over 33,000 square miles (greater metropolitan Los Angeles area – core is 5,000 square miles) in area, it’s hard to encompass all the diversity.  After all, Switzerland is 15,000 square miles.  So think about it.  Yes, there is variety and a lot of everything and everyone going on everywhere in this vast city.  But one thing crossing through all borders and differences is beauty.  Yes, that word which in itself – BEAUTY- is synonymous with the female gender.  The word more often than not suggests young, long haired, thin, curvy, with big…. eyes.  It cuts through race, political party, social class, type of style, etc.  I think you get the picture. 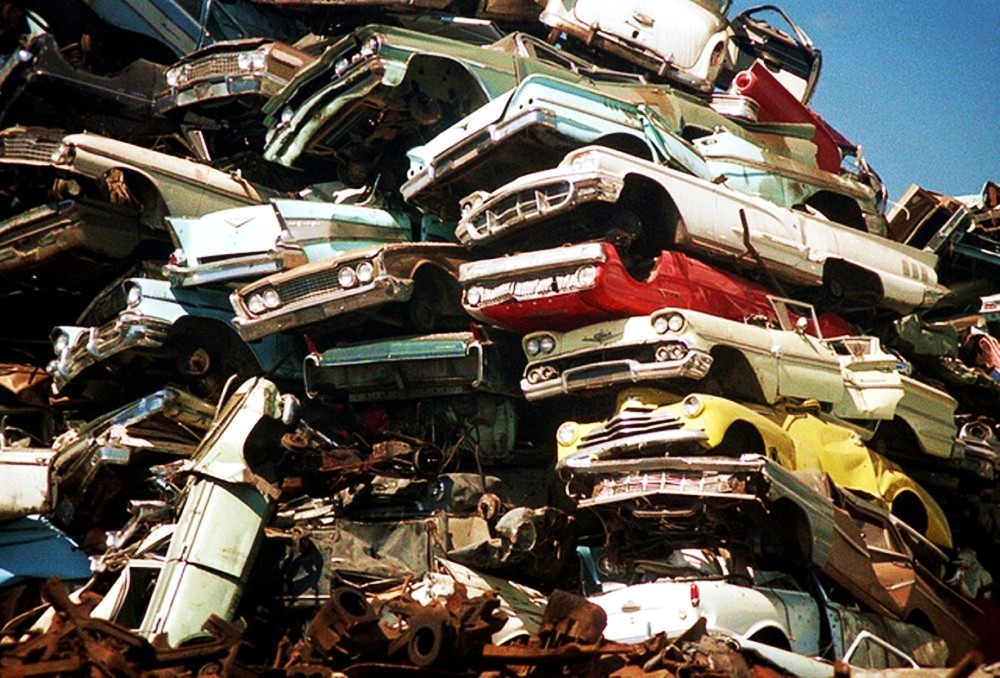 Los Angeles with all it’s diversity has become a prime location of beauty and the ultimate model junkyard.  What is a model junkyard exactly?  Isn’t that the American question?  Give us answers!  There is not a universal definition or clear answer, only truths.  Models are generally between the ages of 14 and 22, sized 0 to 2, with a height of 5’9 possessing absolutely NO plastic surgery.  Yes, I know.  There are a lot of optimists out there who have breast implants, perhaps 5’2, size 6 and over 30 who claim they are models.  They might be involved in some sort of front end of the lens work either paid or non paid and/or throw up some products on Instagram & other social media outlets in their ULTRA cheap lingerie (if that word even qualifies – let’s say panties) or a horribly designed bikini to get free product.  Often the words PUBLISHED MODEL coincide with their pathetic selfie ass shot photos on social media outlets.  Between their dyed hair, hair extensions, overweight bodies and short stature, there lies the sense of “I’m a model” in their underdeveloped brains.  Because a developed brain would say at this point, “I’m actually not a model but enjoy role playing as one.” 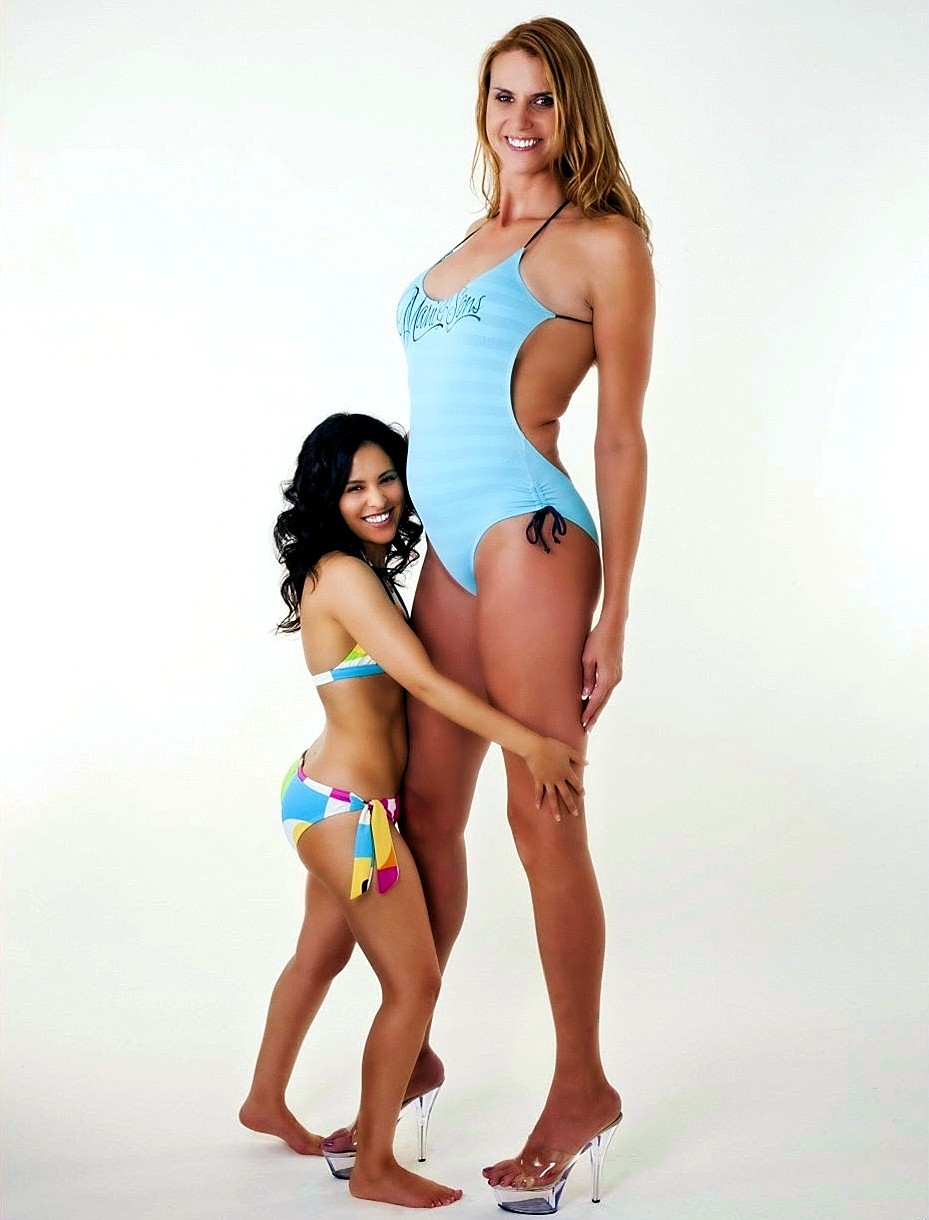 Sure, there are various types of modeling and yes there are all forms and divisions of modeling.  But even those various forms of modeling have their limitations be it age, weight or height.  Los Angeles has become ground zero, the Mecca, for not only out-of-market (because the market is 14 to 22 and at least 5’9 as mentioned above) but often self ingratiated out-of-the-money real models.  Reason?  Too old.  One can NOT fight age.  We all want to be 25 right?  Well, 25 is actually too old for most models.  So they need to dream of being the ripe age of 18 forever.  This statement does not include genetically superior Victoria’s Secret models who are blessed with some alien DNA that leaves them mind blowing far past the age of 30.  Diet and exercise for most keeps some girls aspiring and at times working.  But height, bone structure and age for the precise ones, the blessed ones, earns them the title and paycheck of being a real model. 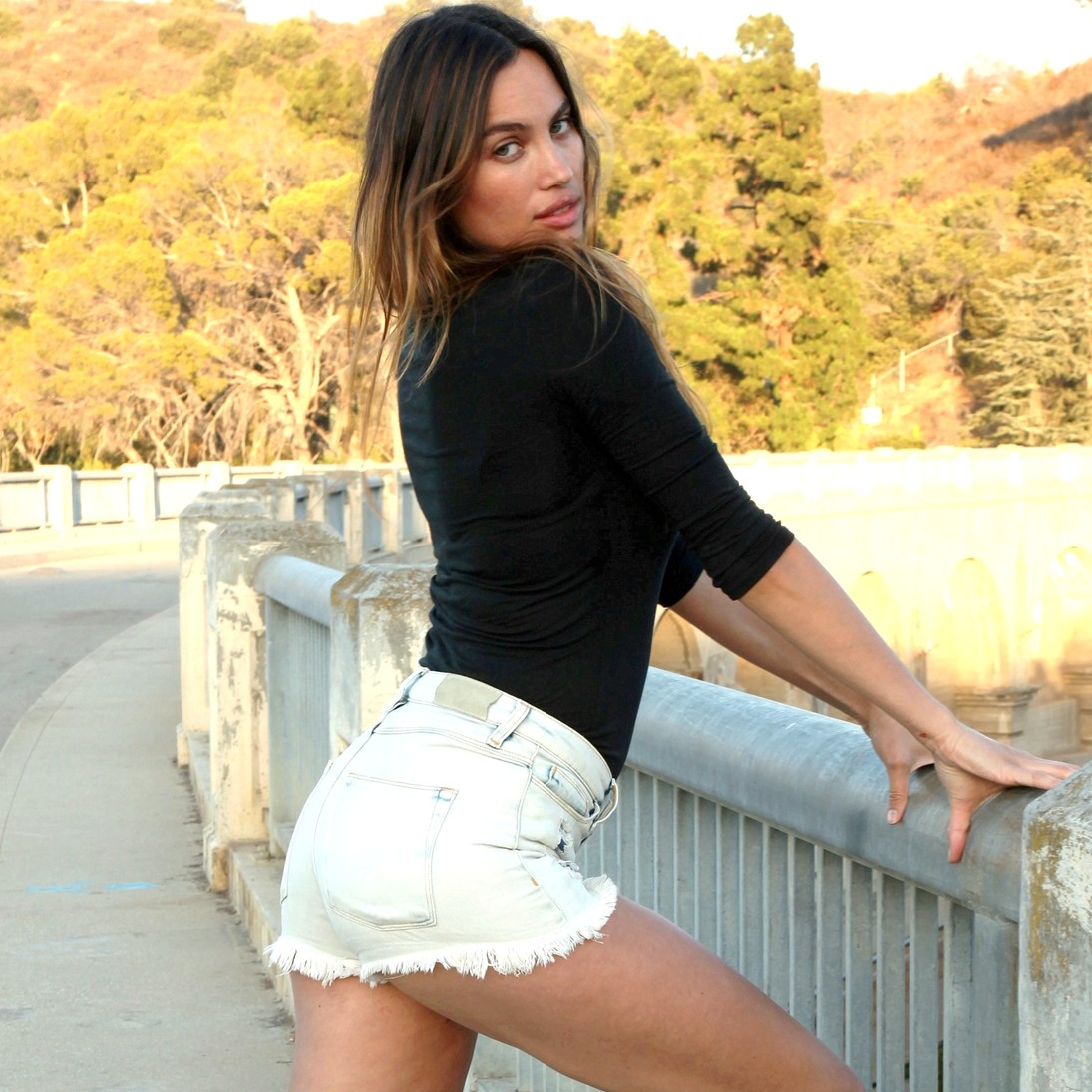 So Los Angeles has become the new “move to” place for anyone and everyone trying to become a model and those former models who are out-of-market due to age, weight, height, etc.  Out-of-the-money due to desired price vs. actual price mainly due to delusion and the overall sense of a “last hurrah” or one last shot prior to them perhaps moving into a career in real estate (to find a wealthy landowner) or a career in acting (to prolong their delusion).  Selling that $2 million house via their vagina actually works in LA.  Yes, these real estate vixens are ON to something.  Hotter than 90% of their peers, over aged former models can find means of suck-cess in the model junkyard.  New York could be an option?  The other entertainment city and East Coast pride.  Not likely.  The cost of living is nearly twice as high which forces former models to merge into a relationship just to have a roof over their head.  Yes, we have seen these awkward relationships of older men more than 20 years senior with their former beauty queen models.  Or, we have seen very unattractive, hairy, large nosed men with hairy backs sporting much taller, late twenty something to early thirty something aged beauties who possess the look of, “why am I with him?  Oh, for the money” on their faces.  Thus, courtesan-ing becomes more a model layover that can transition (if they can break from the cash) into a flight to the model junkyard.  It can also lead into pregnancy with child support which turns into the model allowance (how many times have some of us in NYC seen this scenario?  Too many).  Leaving them trapped in the city with a comfort of only housing, brunches and minimal shopping.  But this is another story for another article. 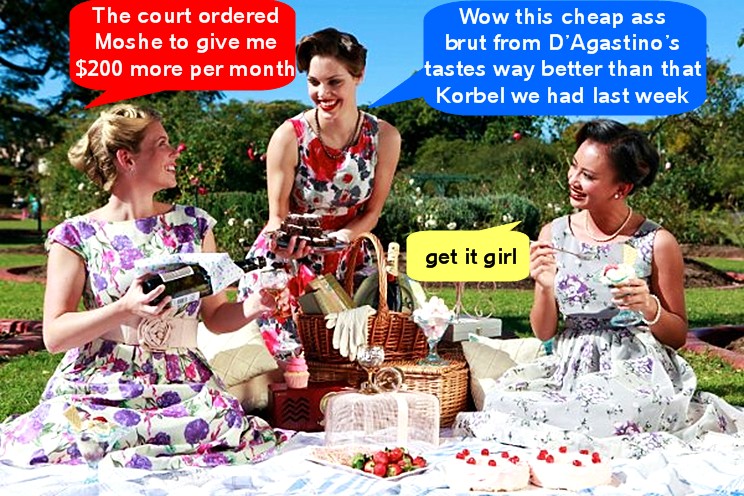 In lieu of living fully off of others, the model junkyard of Los Angeles offers options, not just becoming a sugar baby, escort or baby mama.  No no no, real opportunities for various former models from all around the world – that they can try to obtain.  Models who are getting older and more desperate can find a second chance at furthering their delusion.  Wait, that didn’t sound nice.  Models who are becoming more seasoned and experienced can find a second chance to further their career or transition – that sounds more LA style, nice.  Their looks can bring them to a few more final years of opportunity and sexual freedom in LA.  Sexual freedom meaning, fornicating for fun instead of for food. 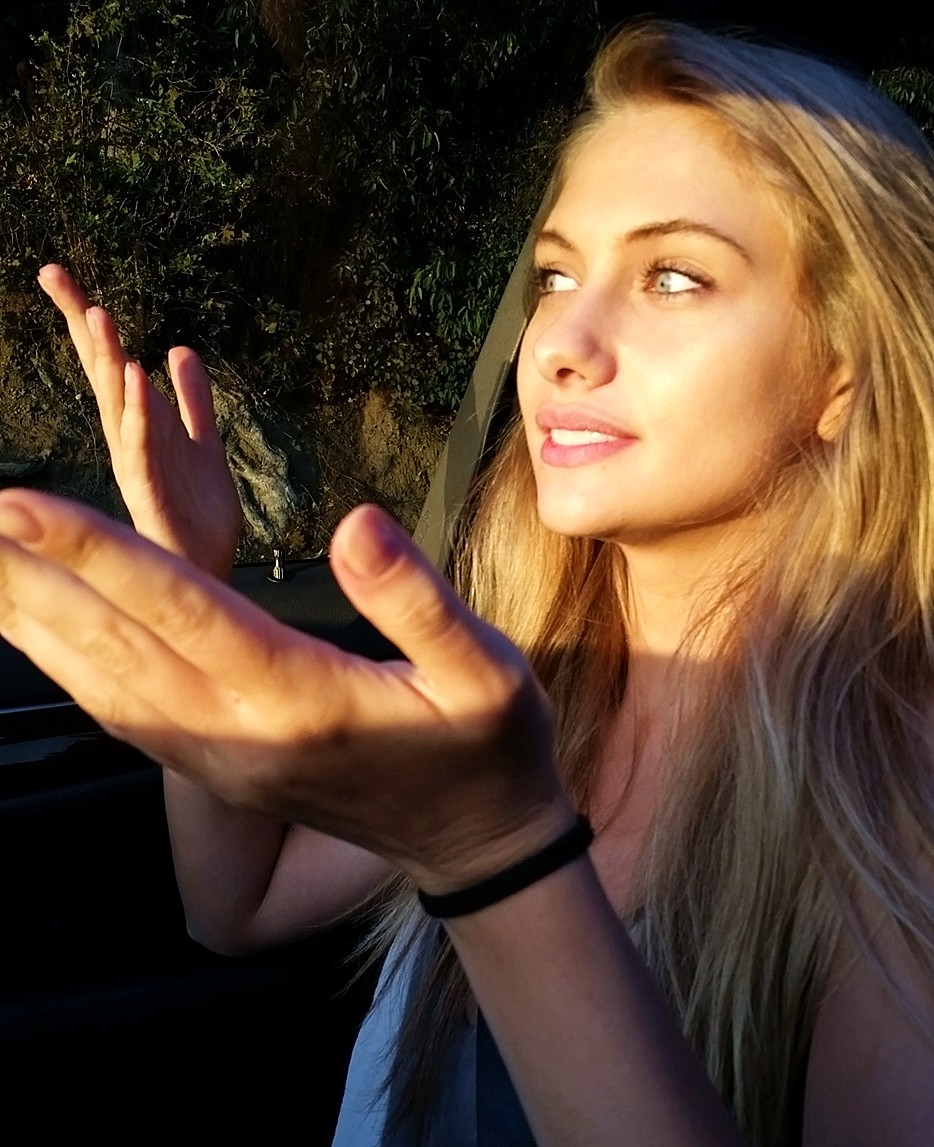 Doesn’t a junkyard connotate something that is no longer of use and thrown away?  That might be true but junkyards also have many working parts that are salvaged and used again on items such as new cars or used cars.  Point is, they possess lots of working parts, not just damaged junk.  But, these parts are not new from the package or showroom quality.  Hence, the model junkyard of Los Angeles possesses lots of working models who are in the twilight of their careers vs. a model playground such as New York where they are in their beginnings.  Beginning of their careers learning about life in the modeling world, getting ripped off by their agencies and denied payments because of their youth.  Their youth and lack of experience and an overwhelming passion to be a model and live in the “the city.”  But again, that’s another story.  LA isn’t  a model cemetery, just a place where lots of model venture to AFTER they have peaked with their real modeling career.  Everything and everyone has a life cycle.  Beginning, middle and end.  The model junkyard is the middle to end cycle of a models career. 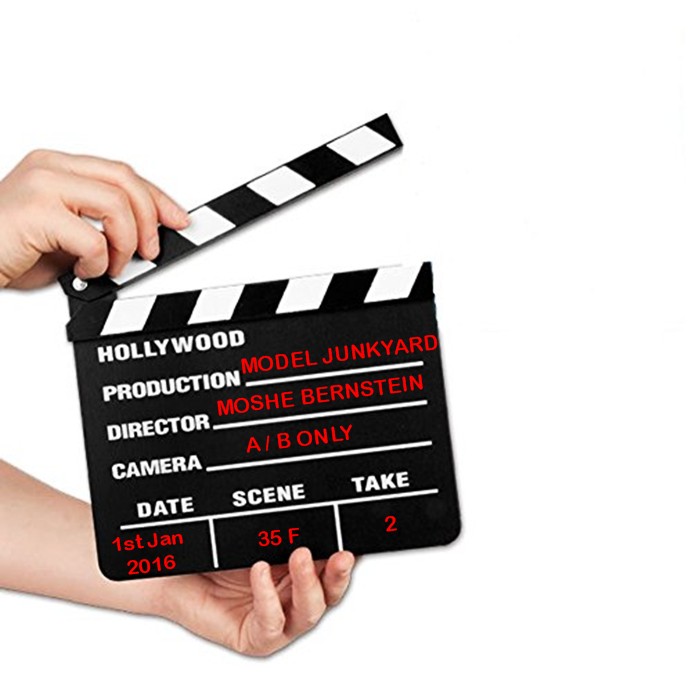 LA has one important component for models on their way out but want to still keep going.  They desire to once again try to make it on their looks God and genetics gave them and still believe that they are the beauty queen their mommy and daddies told them they were.  Acting is this component.  The dream can keep on going from modeling straight into acting.  Oh, but there is one thing they need to do.  Learn how to act!  Nevertheless, the city of angels attracts former teen and late twenty something models to further a “modeling type” career which they equate as acting.  For those naive aspiring models who come to LA in the beginning of their modeling careers, they are limited to photo shoots in cheap underwear and destined for fake breast implants.  These glamor type models more than likely will become social media models or we like the term “fake models”.

On the optimist’s end, the model junkyard has ample opportunity for women who are seeking a career, cash, perhaps finding a wealthy older man or a younger guy with more impressive washboard abs than a bank account.  They could be looking for true love (blah blah blah) prince charming at the beach or just further their dream in their pseudo art – model career via acting.  If all else fails they can become an international courtesan and find a Hollywood Madam.  Very few are looking to further their education and look for a 9 to 5 job if they select the model junkyard path.  Logically, they would have stayed home to attend school and/or accepted a job in any place to pay the bills.  Not so sexy!!!  Then again, every situation is unique and LA could be the new capital for universities and corporate jobs.  Not likely.  The city is filled with beautiful people and half of them (roughly) are women.  Amongst these fine frolicking females there is a high percentage of unusually attractive ones who aren’t here for a job in the tech industry.   No, they are here because their beauty has given them a right of passage into the model junkyard to once again pursue a “model-ish” career and further their fantasies.  The last hurrah! 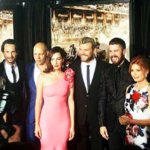 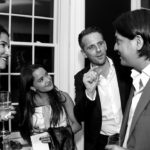