She's not after handbags or rent money

According to several online sources, the definition of a coke whore varies in degree from sexual acts to stealing, with the intention of obtaining the drug known as cocaine.

In the literal sense, any woman who will perform sexual favors to acquire the drug cocaine. In a figurative sense, any person who will sacrifice a portion of themselves (I.E. morals, ethics, time, money, or status) to acquire any amount of cocaine.

Coke whores are women who wait around for a duration of time to obtain cocaine.

Coke whores are people who move from party to party to find a source of cocaine, despite their original plans.

Coke whores are any person who will steal for cocaine.

Coke whores are any person who will perform a sex act to acquire cocaine.

And Finally, a coke whore is any person who engages in sex DUE to having taken or “being on” cocaine.

Los Angeles is not a stranger to the darker side of life and nightlife.  Much like New York or London, secret party favors circulate from person to person via a designated drug dealer.  Extremely confidential, he/she only engages in transactions with people that have been recommended – solid clients.  This is due to it’s obvious illicit nature.  But is cocaine a serious problem in the USA?

Obviously alcohol takes the cake for stimulation.  Legal in all 50 states but banned in many small towns and counties, it can be easily purchased in public over the age of 21.  Cocaine, on the contrary, is a highly illegal and regulated Schedule 2 drug.

Schedule II drugs, substances, or chemicals are defined as drugs with a high potential for abuse, with use potentially leading to severe psychological or physical dependence. These drugs are also considered dangerous. Some examples of Schedule II drugs are:

But what does this have to do with sex for drugs?  Obviously some really smart people in the scientific and medicine community decades ago (not a conspiracy) recognized that certain types of drugs effect people in certain types of ways, ranging from crazy, loving, violent, sexually heated, the list goes on.  One social aspect of females (and men) is that it gives a euphoric feeling of confidence which can penetrate deep into the human psyche creating a need or addiction for it. 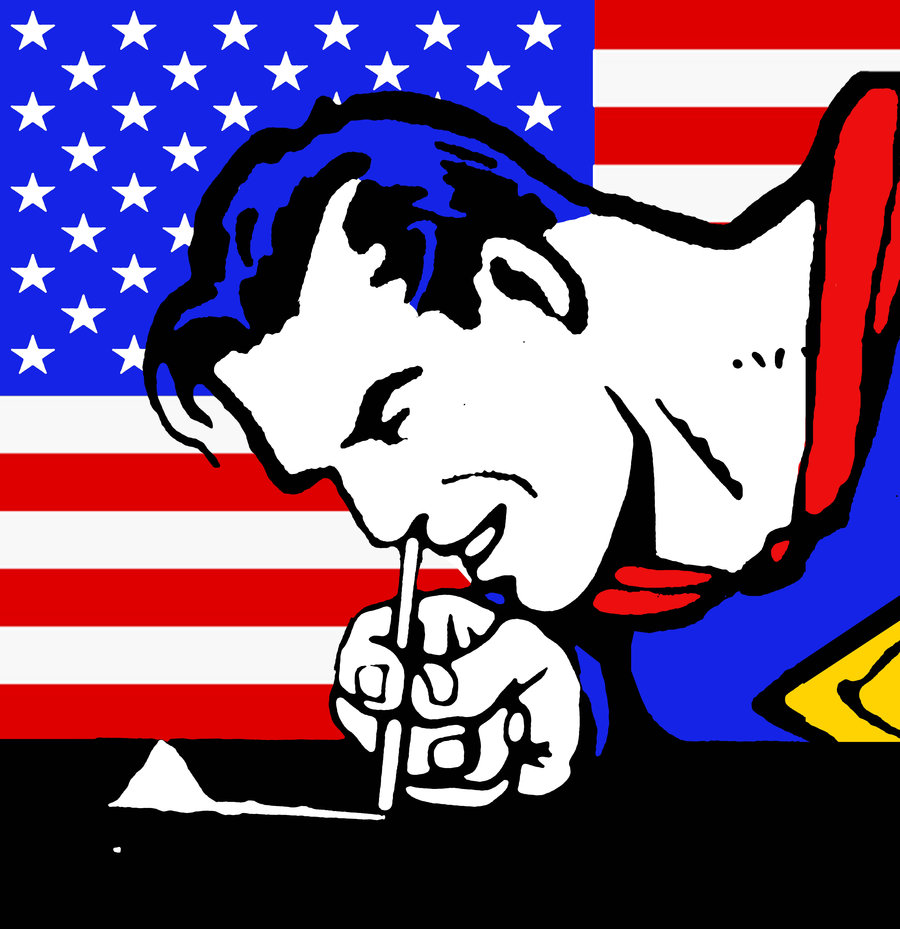 A confident woman is a sexual woman.  We don’t need a Harvard case study for this fact.  Guys, yes men are too partially blame – but not all men, just certain genres of men.  The ones that often use tools to allure girls towards them such as cars, money and COKE.  Cocaine or “coke” has been used to enlighten the mood of women for decades, artificially empowering them whilst creating sexual stimulation.  In other words, they lose control due to their “high” and want to do whatever in bed.  It perverts the coke whore’s senses, perception and judgement, hence the introduction of a male powder supplier swooping in for his prey.  There seems to be always two sides to every coin.

After a few times using the substance a girl may or may not continue.  If she chooses to continue the use ranges from moderate – weekends & parties, to excessive – every night is a party (blanket statement I know).  But regardless of how much or how many times she chooses to take coke, she has (can’t blame cocaine as it is a non living object which can not make choices – people do) embedded a permanent desire in her psyche for it.  In Los Angeles, coke generally stays as a social drug for all sorts of women who want to “party” at a social gathering or a party.  Why?  Euphoria, zero calories and often free from men who have an idea of EXACTLY what they are doing.  If one were to throw a hypothetical number on how many sexual relationships started via the use of cocaine for individuals who met out at clubs, house parties or some sort of leisure scenario, the guess would be greater than 50%. 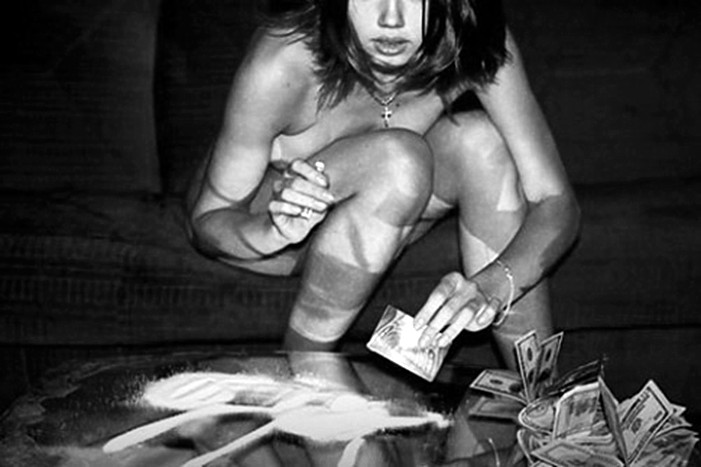 More than half of all women in Los Angeles who start a sexual relationship perhaps thinking they are in love begin with sticking something up their nose.  Think about that fact for a second.  There are not any official government numbers calculating the widespread illicit social drug use for sparking sexual relations.  It can only be determined by countless observation by third parties over time crossing through various social spots and scenarios throughout unspecified widespread geographic areas.  In other words, you will just have to take our word for it.  Who’s to blame?  Isn’t that the American way?  Let’s blame someone or something.  Blame the promoters, the drug dealers, the sly guys who don’t use it themselves but keep the party favors on hand for manipulation and blame the coke whores themselves for saying “yes” and not having a brain strong enough to utter the words NO.  Everyone and everything seems to be to blame. 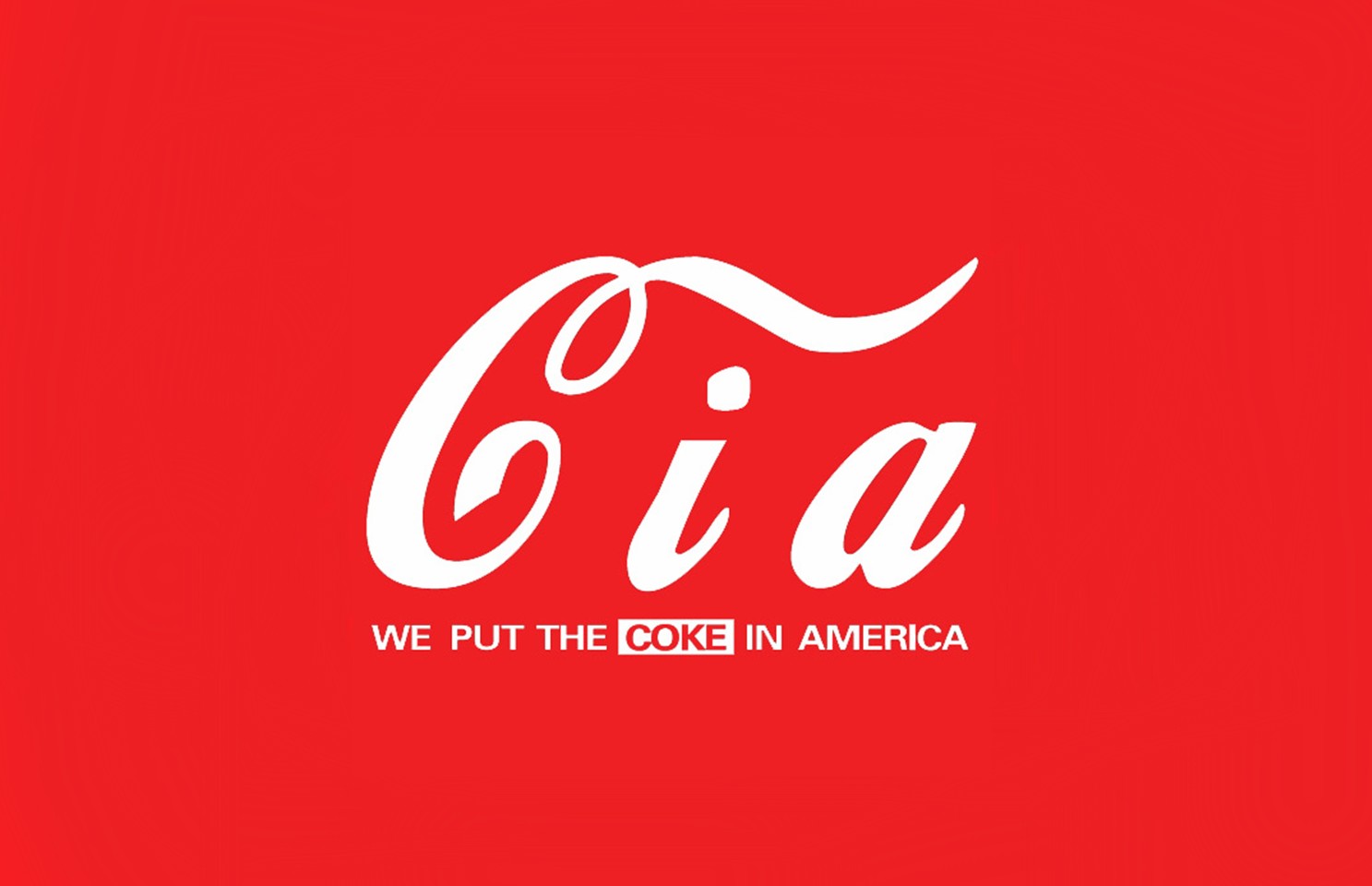 Are women victims here?  Should stupidity or naive understanding of side effects and/or potential addiction be considered an excuse for a Los Angeles coke whore?  Maybe we should start a cause to go along with rescuing wales, dogs and homeless.  Save or rescue the coke whores!  It could be a nice non profit.  It can be funded by the same medium to high powered executives of real estate, technology, fashion, entertainment, medical, finance, energy, industrial and other companies that provide the devil’s dandruff to women.  Pollute them and save them at the same time!  Alas, the coke whore has but one definition attached to her.  She is a self enabler.  We shall continue so witness these party girls doing what they can in order to satisfy their selfish addiction.  From traveling the world with overweight older men more than twice their age to providing a night of sex for a few grams of their favorite dealer’s white powder.  Dependent upon their lust for coke, this is the only label or brand they have interest in, not Chanel or Prada.  Their name brand is pure white powder and when they have it on them or in them, anything is possible.  Living the high life, the Los Angeles coke whore rises to new altitudes of attitude and distorted reality. 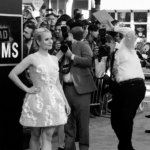 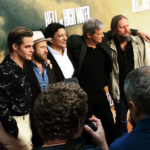