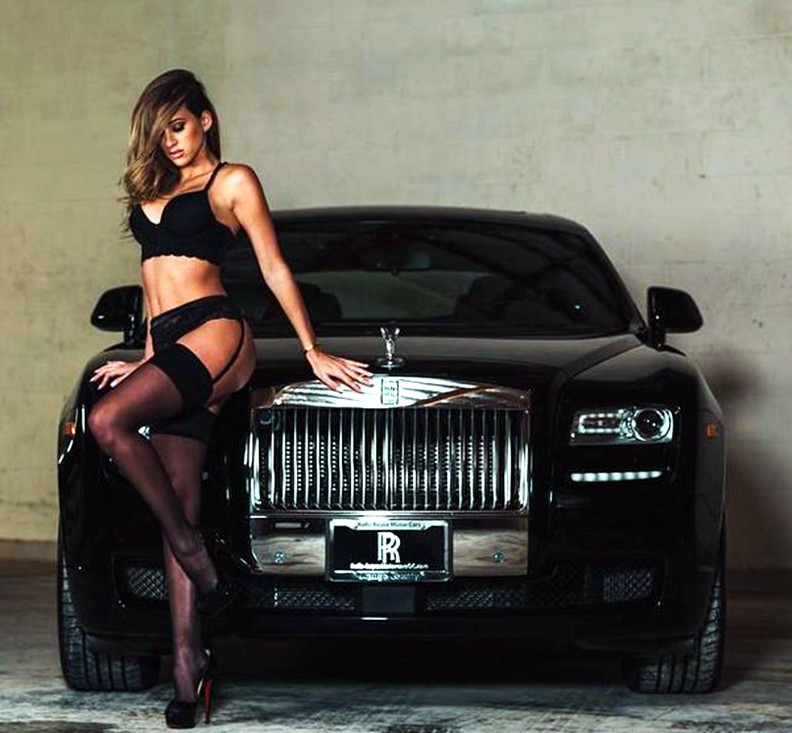 There can not be a more suitable and opulent example of fishing on both sides of the gender scale than the beginning of the summer marked buy the Cannes Film Festival and Monaco Grand Prix.  The style, the glamor, the parties, the money, the power, the beauty, the under-overated idea of extreme.  It is all there for eyes to see and people to experience. As sure as pigeons flock to food on the street, so the circuit girls flock to yachts, private villas and jet set invitations to glamorous evenings filled with glitterati. 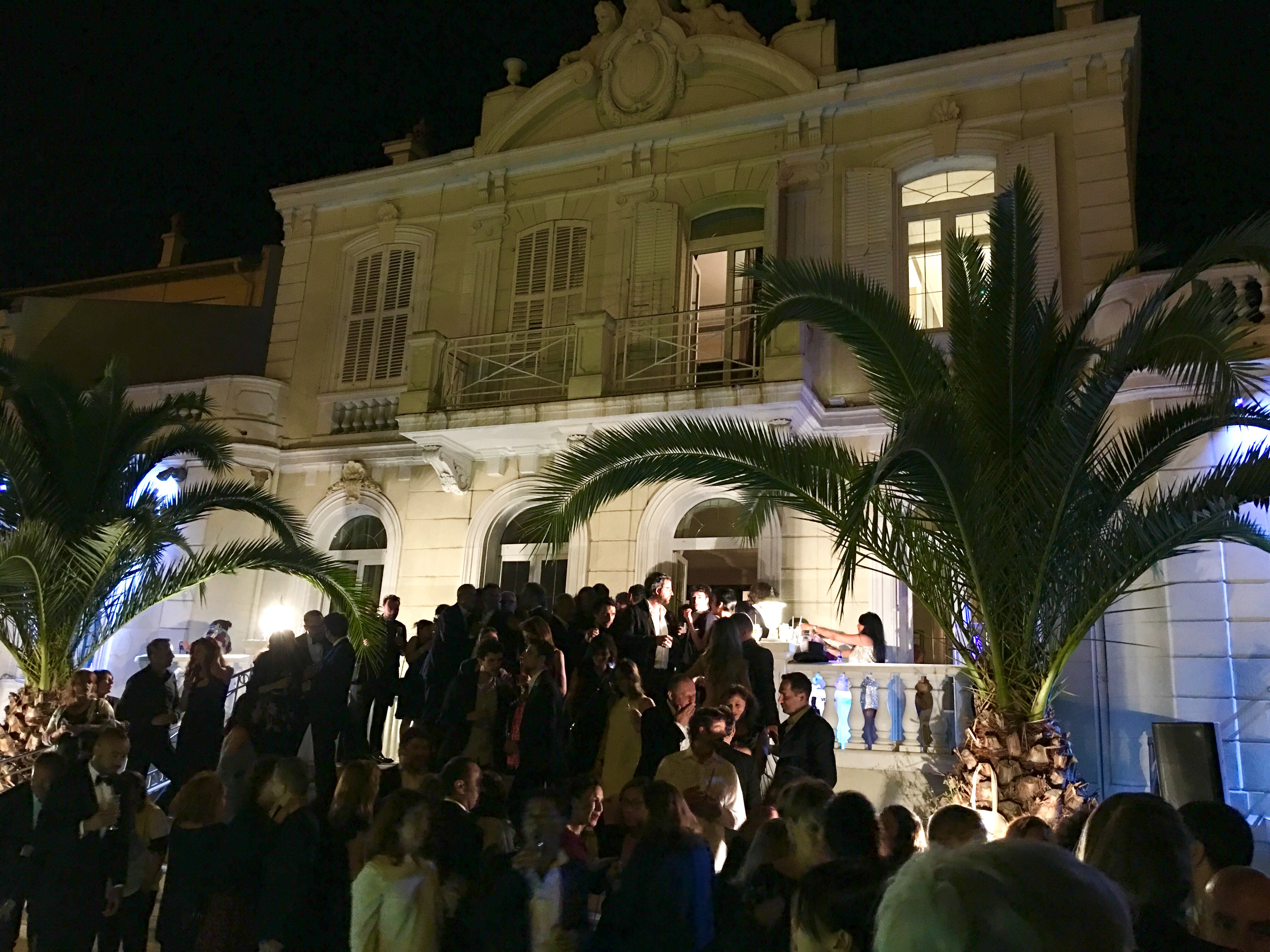 We are in the advent of America turning back into a second class economy, with New York leading it down the hill, but not yet off the cliff.  As socio-economic indicators widen with already obvious divisions, we see women scrambling to survive – obtain Louis Vuitton bags, pay their rent and keep up that sushi diet.  Survive by aligning themselves with stronger, wealthier and more established individuals, companies (actually getting a job – well, like real estate or some luxury based industry where they can meet cash loaded gents), groups of grandfather aged men and joining online organizations (dating sites like SugarDaddy) from sea to shining sea and continent to shining continent.  Survival of the fittest – and by that we mean to say INSHAPE and gorgeous – has been the backdrop of the USA for the past few decades.  Our form of unique capitalism has been a garden of creativity, growth, crime, art, science, power and at times – civil unrest.  A nation that once didn’t allow women to vote transformed to a nation that decreed women could take 50% of a man’s assets post divorce.  And today, there is little ramification except for cautious whispers for boys that choose to surgically alter their gender to become female and join in on the fun.  The age of same sex marriage, interracial relationships, overt religious freedom and marijuana on the dawn of being legal in more states proves that we live in a very forward thinking and equality driven environment – with imperfections of course.  Dr. Martin Luther King realized his dream!!!  But he probably could not envision Caitlin Jenner along the way.  Humans are influenced by the desire to obtain and have a strong successful future – healthy and wealthy.  In a country where public education and opportunity for advancement (legally) is ample provided the effort is put forth, all is possible.  So why then do we still have women looking to ride the coat tails of another?  Is it ingrained in today’s culture? 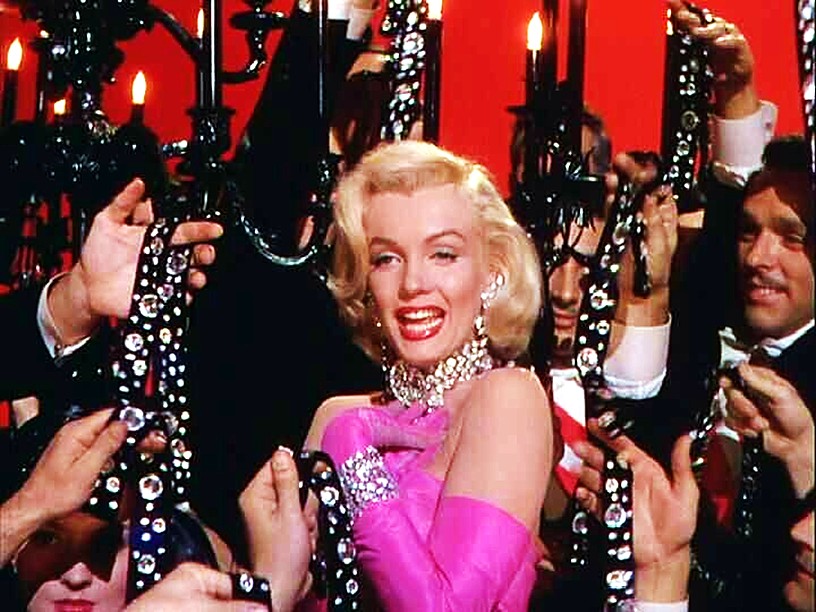 Marilyn Monroe already knew that diamonds were a girl’s best friend in the 1950’s.  However, gentlemen don’t always prefer blondes.  They tend to prefer fit bodies, style, elegance and a knack for legal and moral self survival.  It is the fit bodies and good looks which the new breed of circuit girls market globally to attract free dinners, free handbags, free clothes, free champagne, free nightlife, free vacations, free cars, free private jet rides, free…. everything.  Ah, but like all good American ideas, we might have invented the new age of a gold digger, the DIAMOND DIGGER.  But America can not claim to be the maestros of this new sophistiCAT – meow!  What does that have to do with Cannes and the Monaco Grand Prix????  EVERYTHING. 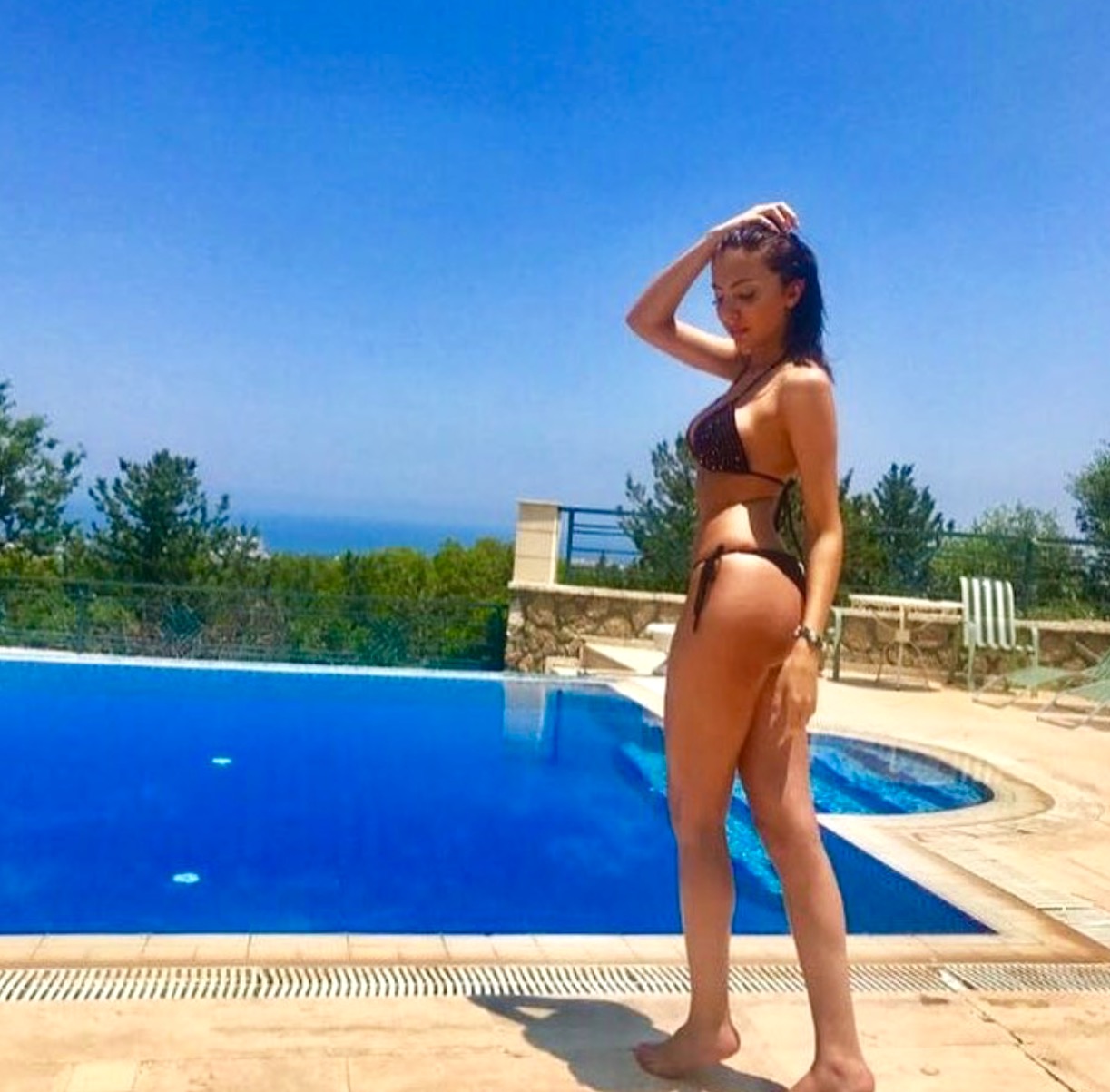 Circuit Girls flooded the French Riviera in search of a good time and perhaps Mi$ter Right.  Diamond Diggers, with a loose professional career to account for allows them to accept invitations beginning in Cannes, continuing to the Monaco Grand Prix, followed by Saint Tropez, Ibiza, Mykonos or a full three month summer trip cruising the Mediterranean Sea.  With less than a few thousand (if that) in their bank account, their primary assets are their hot looks, fit bodies and ability to say “yes” to nearly any situation.  “Want to do a threesome?”  YES, “Want to have a line of coke?” YES, “Want to bang my friend while I watch?” YES, “Want to extend your trip and come to Ibiza and bring a couple of hot girlfriends for my rich guy friends?” YES, YES YES and YES…  A very large sector of this played on as wealthy older men floated cash to their male and female “organizers” who would wrangle groups of young, willing and able bootleg models from the USA and across Europe.  YES WE CANNES!!!!  Sleeping in eight bedroom villas and 80 foot yachts, the wrangled Diamond Girls felt no shame being passed around to various wealthy older men.  Their opening lines always were “I’m a model” – yet with no credible agency to speak of or any agency at all.  You know, the “freelance type”.  Often sexy, approaching 30, with that almost supermodel look – rocking dozens of $5,000 dollar handbags, clothes and jewelry.  But can’t quite reach for her wallet when a bill comes.  You get the picture. 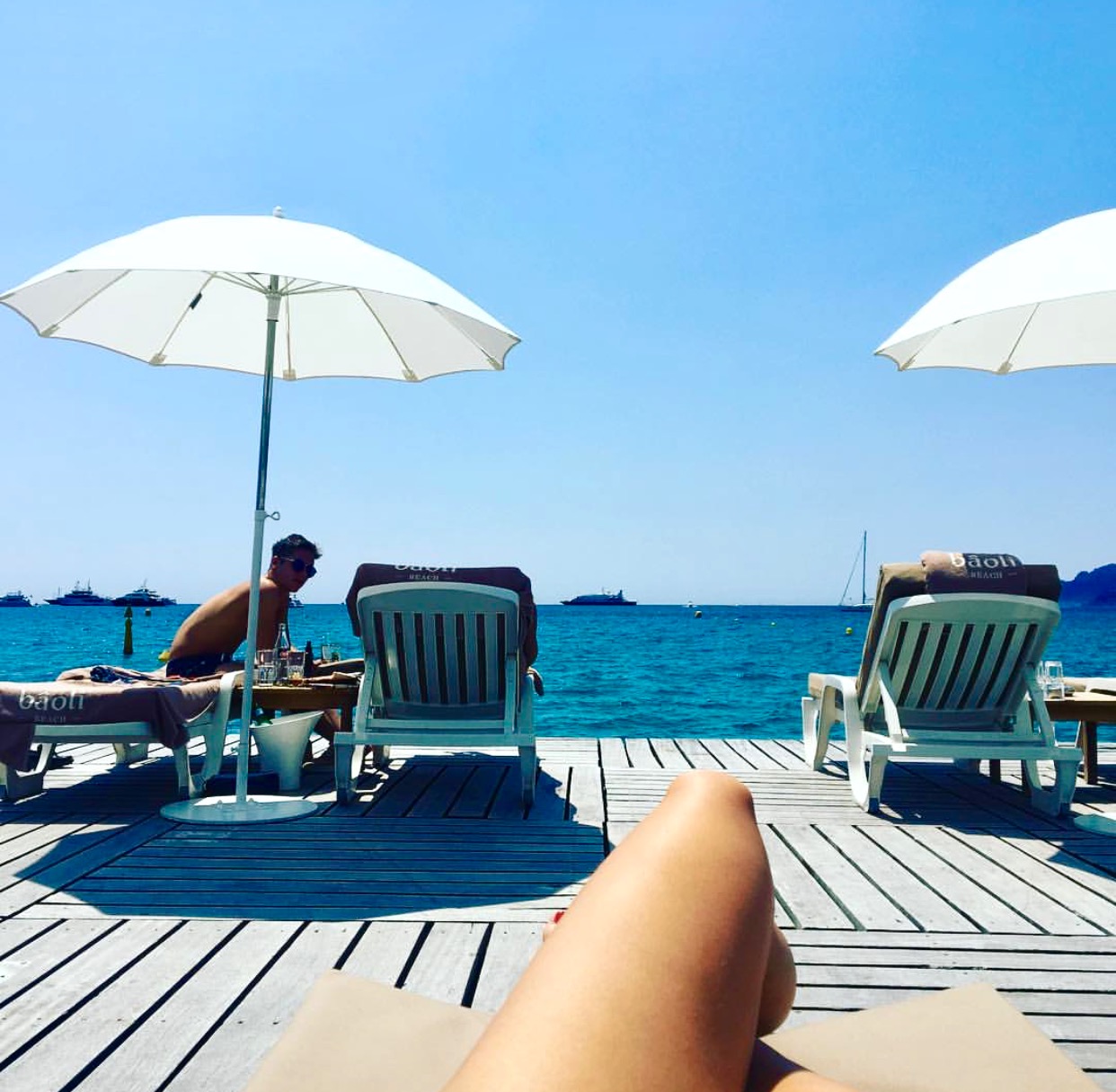 Everybody loves luxury, good times, hot parties, high profile events, fun vibes and the excitement of an elite ambiance. Whoever says money doesn’t buy moments of happiness never went to Cannes and Monaco at the beginning of the summer!!!  But where is the line drawn?  When does an occasional girl doing coke turn into an actual coke-whore?  When does a girl being wrangled by promoters to hang with older guys paying for dinner transform into them having sex with the same guys so they can pay their rent and buy all their shit for them?  It begins when the desire to obtain luxury goods, items, experiences and necessities outweighs the faded morality of “this isn’t ok to do.”  It’s when the Diamond Girl begins to make a “living” or career of “tendering” from guy to guy in order to survive.  That’s when the line has been crossed.  What is the best part of it all?  The lack of remorse, guilt or any feeling of lack of morals by the Diamond Girl who moves from dinner table to dinner table, vacation to vacation and man to man for her own idea of “making it”, her own clouded version of “success.”  Welcome to the beginning of summer 2017. 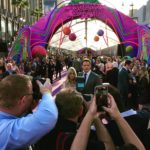 GUARDIANS OF THE GALAXY VOL. 2 MOVIE PREMIERE & AFTER... Previous
SPIDER-MAN: HOMECOMING Next 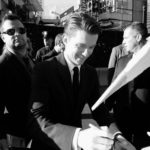