Paris Hilton, the glamor girl keeps doing it again and again.  This year’s Malibu beach house is a bit closer to Nobu Malibu, a bit smaller on the outside party area and a bit more exclusive some sources say.  This past holiday was in true Paris style, funky with a twist of everything from rich snobs (as one guest mentioned) to artsy Los Angeles natives.  Russell Simmons, Stephen Dorff, sister Nicky Hilton and more joined the hot dog, corn dog and cheeseburger disco ball beach celebration. 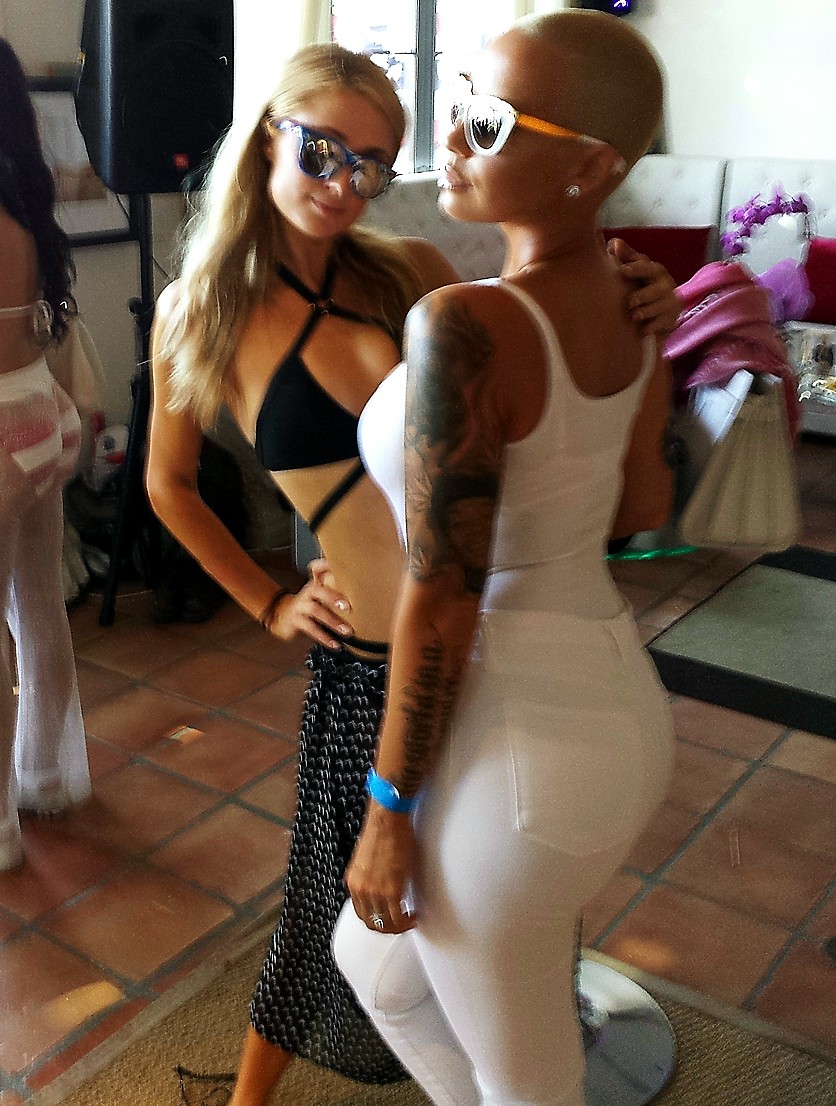 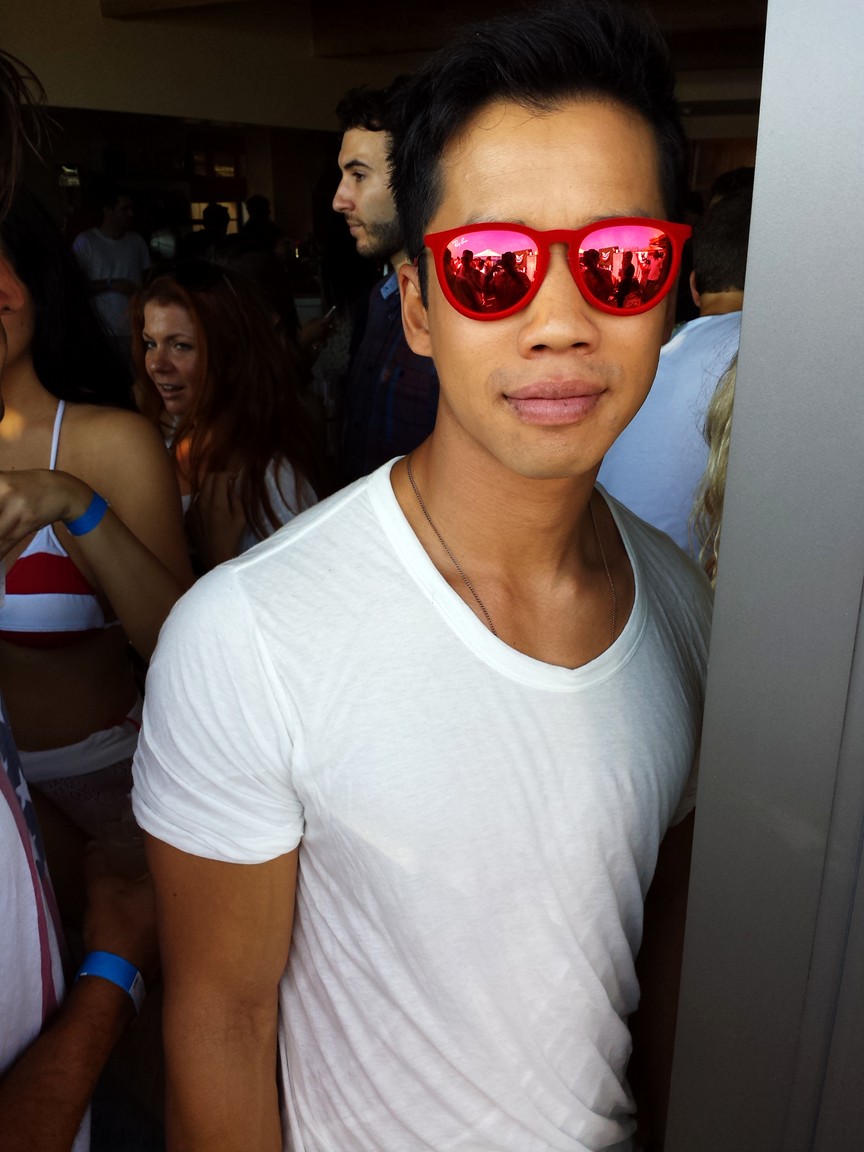 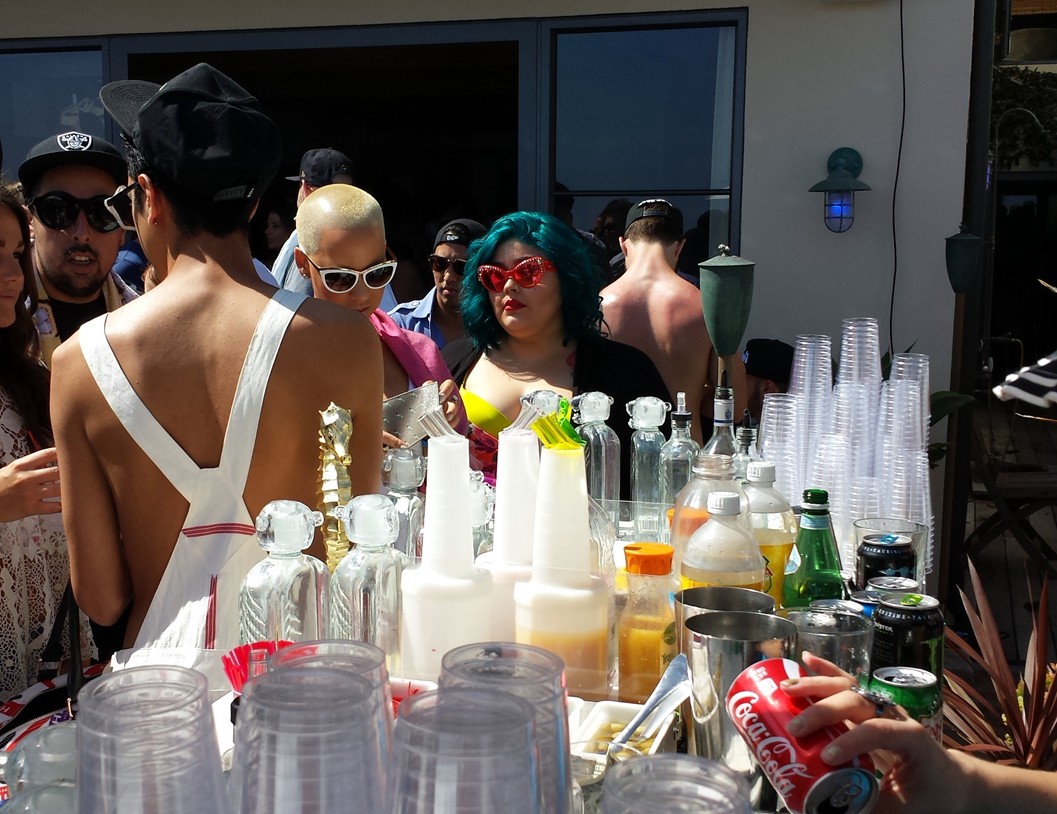 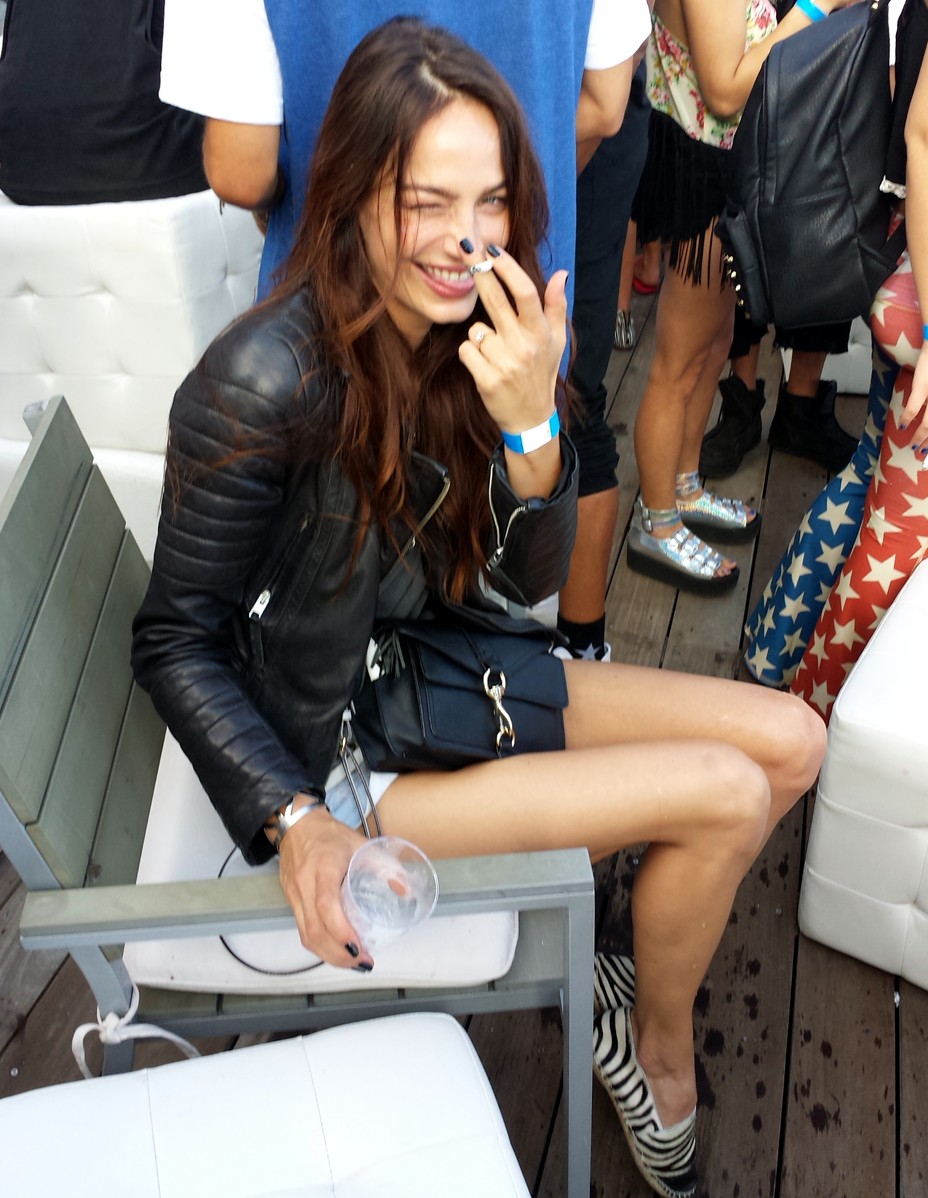 Malibu, the epicenter for the Fourth of July celebrations, had various parties with all different crowds and times.  RHS attended a few from mid afternoon until late night.  Miss Hilton has a knack for making celebrations.  Why?  It’s because they are rather low key, simple and friendly.  Could also be due to the endless alcohol and loud music.  Either reason works well as social armor is always left at the door.  Now that’s a good hostess.  She doesn’t throw those camouflage parties.  Everyone knows who she is and her family name, so she doesn’t have to be overly concerned with trying to impress the society around her.  She’s fortunate.  In contrast, a later “club” style party at Nobu Malibu was trying to the EXTREME to make a statement and be heard.  Unfortunately, they don’t have the family dynasty so it turned out to be a nightclub on the beach. 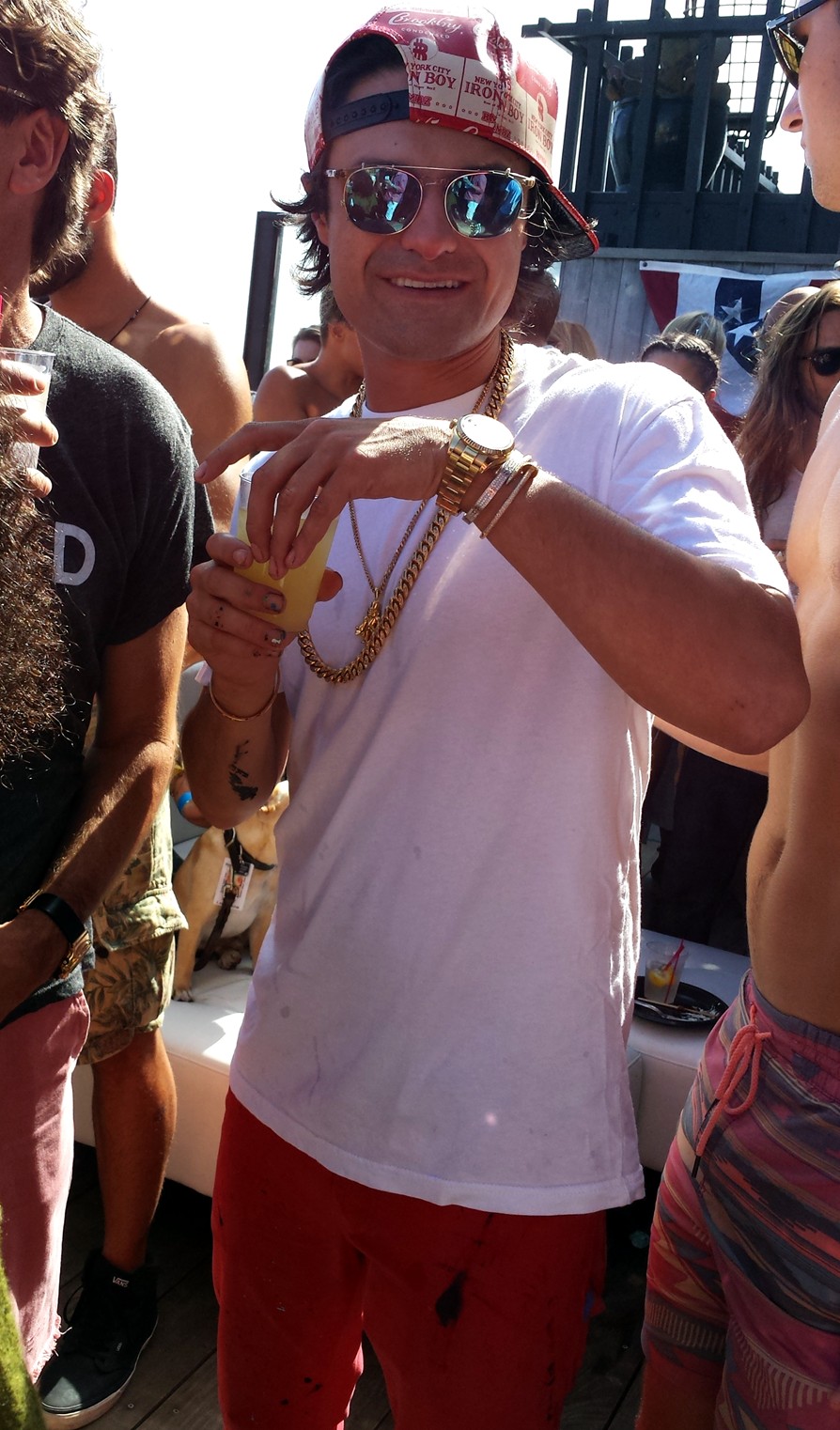 This guy had a lot of diamond with gold bling

Shiny disco ball with a DJ on the 2nd floor balcony and a front row seat to beachcombers with friends was the tone.  The only downer which was a bit humorous were the paparazzi going and forth on the beach to try and capture an image that would pay for their rent.  Don’t think it worked out well for them as the angle of the house was all wrong. 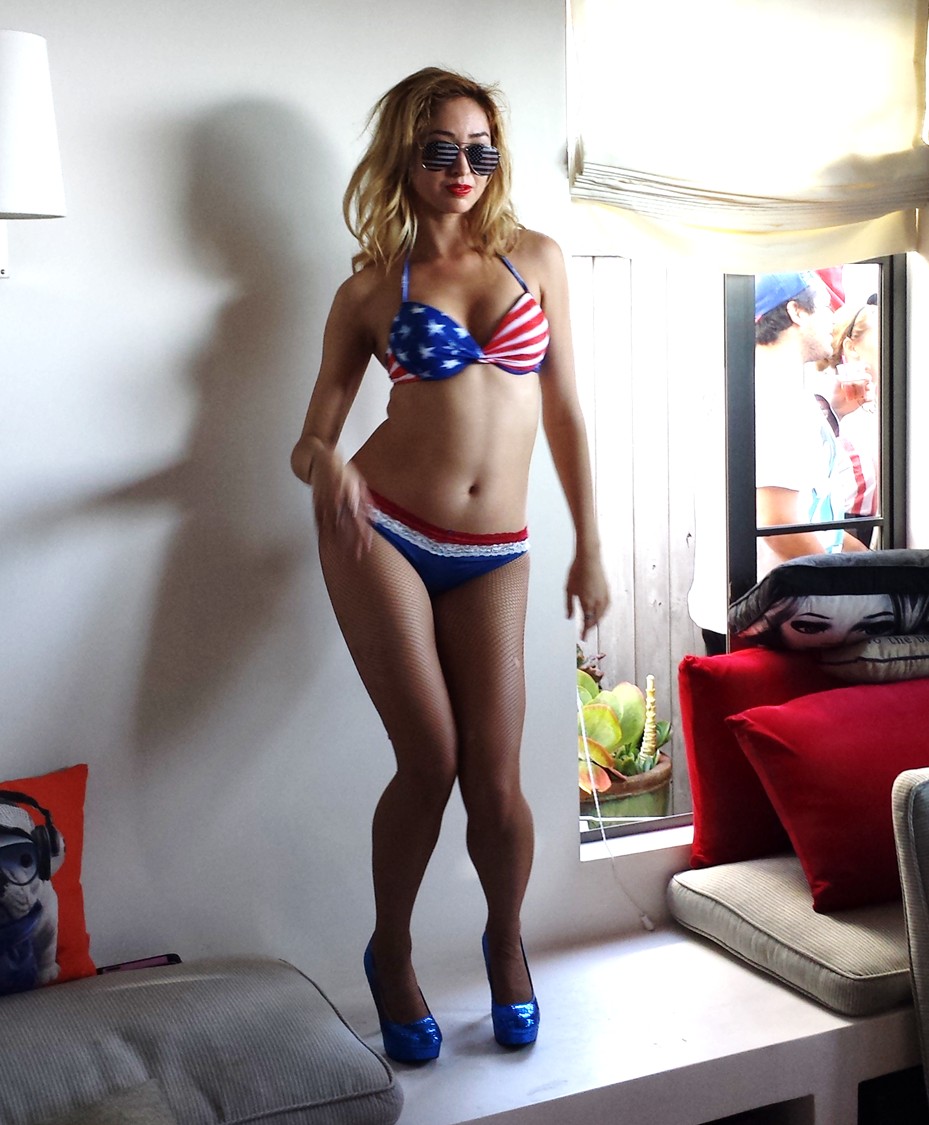 We have to give these guys an applause for their effort.  The dedication of wading through waist high water in the late afternoon wasn’t easy.  They were heavily fixated on Stephen Dorff and Russell Simmons for some reason.  one guest offered them a beer but security didn’t like the idea of tossing the cans over the side to them.  liability issues. 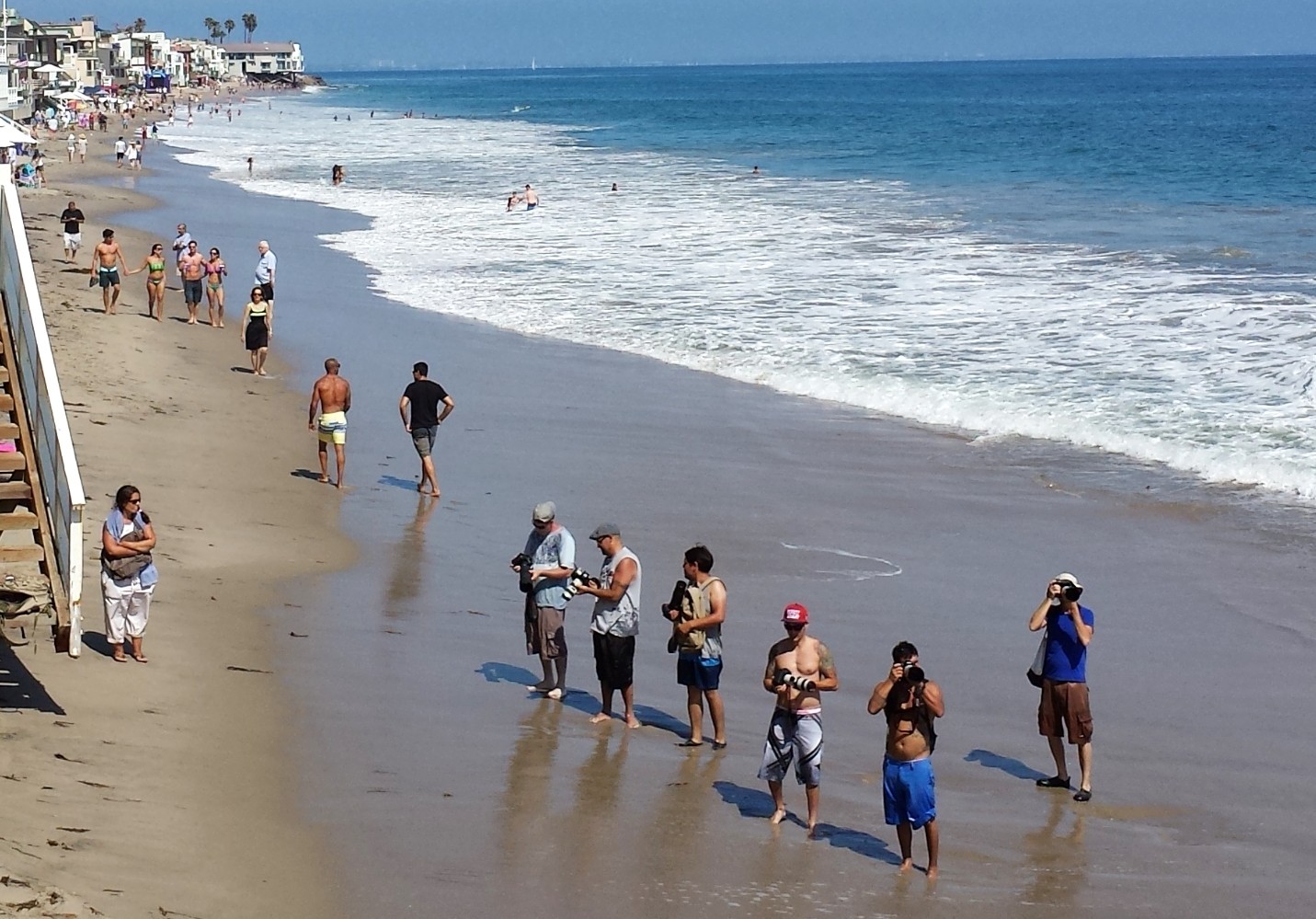 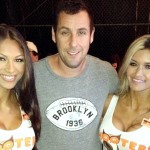 THE RED HOT ROSTER: MAY 2014 Previous
SEX TAPE PREMIERE & AFTER PARTY Next 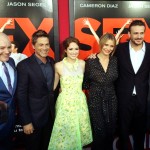