It’s an OLD tale for certain. One that can be seen throughout several cosmopolitan cities and various Third World countries. It can be best described as seeing a young woman with what appears to be, her father (and more often since the downturn of the economy, her grandfather). It’s the age old story of young girl and old man, the perfect combination (to some). It used to be men over 50 would go to Eastern Europe (Russia) to find young women in the late teens and early twenties. Sounds perverted? Disgusting? Vile? Well, it probably is to most common sensed Americans. But today’s society is multicultural and liberal to not only race and religion but AGE as well. That means if your grandfather is single, you might want to go out and party with him. He might have more game than even you. 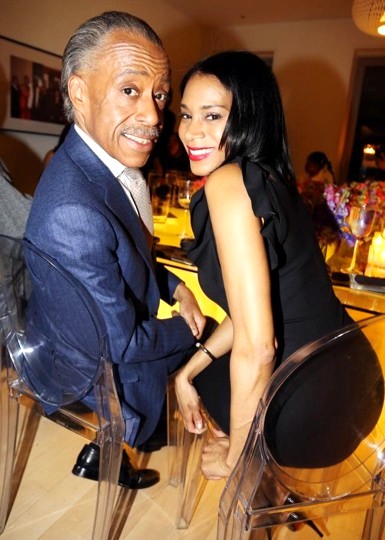 Al Sharpton shows us that he still has his mojo as he dates the 23 years younger Aisha McShaw (she doesn’t look a day over 25). We are not saying nor assuming he “pays to play” as in taking her shopping or covering the bills. But certainly, a man of his somewhat awkward – high profile stature, isn’t exactly the young robust prized stallion we would assume a woman of Aisha’s looks would go for. But hey, climbing the social ladder, regardless of how awkward it may be in certain pockets of society, isn’t guided by a book of rules. There has yet to be a manual for the “on your knees to the top” movers, shakers and bed breakers. It’s perfectly acceptable (or so it seems in certain corners of society) for a man to be 20 to 30 years a woman’s senior. In lieu of a healthy sexual appetite and aggression, a guy of that age range tends to assist the woman with her rent,

transportation, shopping habits (what we call a BUY-SEXUAL relationship), vacations (a girl has got to travel) and lavish meals (hey, a girl has got to eat). All in all it sounds like a win win situation for both parties, especially if the grandfather or senior male is content with slowly bleeding out his children’s and grand children’s inheritance to his non-cheap thrill. 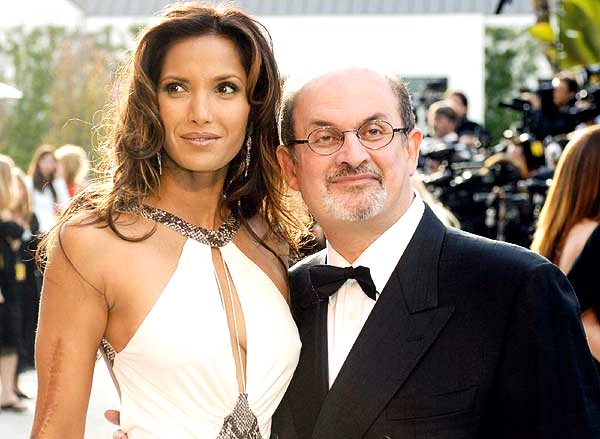 Padma Lakshmi & former husband Salaman Rushdie could be an example of an “acceptance” of age due to a common culture rather than his net worth.

Of course, it might night always be about the money vs. the sex or an exchange of currency for coochie. It could be that in some societies, it’s perfectly normal for a woman to lustfully (or loot-fully) consider a distinguished older gentleman as the man of her dreams. No matter if he is the age of her father, divorced 3 or 4 times, perhaps has half a dozen kids and a few he doesn’t recognize at all (legitimately).

Hey, it’s love at first sight (of a bank account). But these are circumstance that may be common in developing countries where marriage (for a woman) is the sole way of pushing ahead in her life. In countries where it may take a man 30 to 40 years to make his fortune (unless he inherits) these women only see “men” as those being decades older. In fact, they refer to men their own age or slightly older as boys or children. Imagine the shock or surprise when these cultures clash (via entry into the USA) and young women who are trained to only see men, older men, as potential spouses. They have a full shopping mall of opportunity here since men generate their “security” at a much younger age often tripling it or more by the age of 50. There’s only one word for those women, “JACKPOT!” 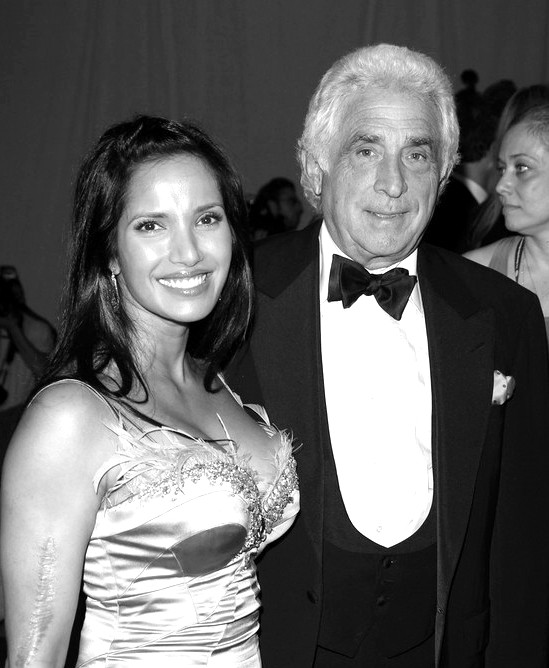 Padma Lakshmi & the late Ted Forstmann – probably just a (non-cultural) coincidence that he had a net worth of $1.6 Billion

It could be that maybe the grandfathers of this day have more “game” than the younger guys, especially if their game comes with breaking all the rules of modern society. But it’s a liberal world these days; gay marriage, open marriages which allow for multiple sex partners, mixed religion, culture or race at the same time. Anything is possible. The sky is the limit today with couple combinations. America is definitely NOT your great grandfather’s world, this is for certain.

What’s the saying?, “Eastern Europe is the playground for married or divorced men (doesn’t really matter) over 50, who want to get their rocks off.” It may not be the fountain of youth but it could be a slow leak of it (no pun intended-really). Yes, I’m sure there are a few angry women out there reading now who disagree and will try to validate their discontent (with my very obvious account of what many people see everyday in society) somehow in their own heads (probably the same ones who are with old farts or have been with in the past). What ever makes you happy right? Isn’t that the end all be all mouth stopper? 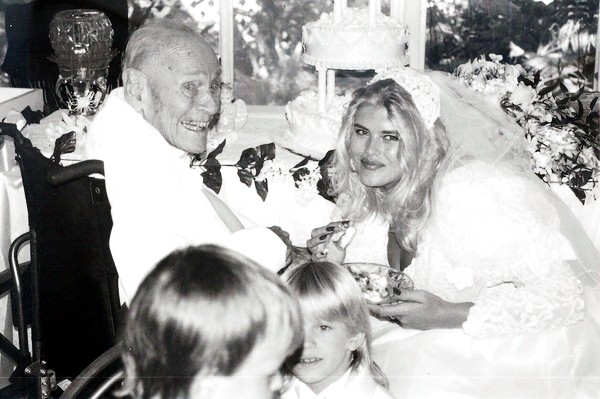 The controversial marriage in 1995 of former deceased playmate, Anna Nicole Smith, to an oil tycoon 62 years her senior. J. Howard Marshall died in 1995 leaving Anna Nicole Smith OUT OF HIS WILL AND LAST TESTAMENT. Nevertheless she went to court and fought for what she thought SHOULD HAVE BEEN her inheritance. Just goes to show you how far some people are willing to push the limits. Capitalism in its true and rather awkward form, to say the least. 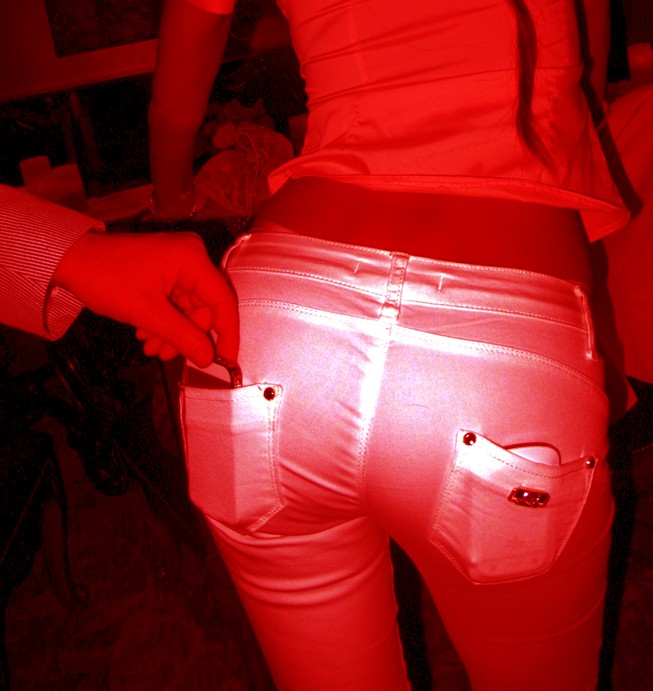 It’s all about filling the pockets with something

Of course, the argument must be, it’s love. It has to be doesn’t it? After all, anything else would be admitting that it was something less (or more financially). The real question is, what sort of background do these women derive from that (not just culturally) that mentally allows them to be physically intimate with old men? Let’s face it, once they have graced the shores of freedom (so to speak) here in the USA or even the UK, the need to survive via marriage has disappeared for the most part. There are systems in place for free or assisted education, job opportunities and programs that the government provides to help advance individuals, not just women. Maybe it’s just sloth or an illness. Perhaps it’s just selfishness with a touch of delusional entitlement that justifies their actions. Either way, we see it from New York to Miami (especially in Miami) and back out to Los Angeles (a few places in between). It goes beyond shopping and sex all the way to embedding itself into the actual character of the person. A character flaw that is slowly becoming accepted into the mainstream of society with each passing year. Viva Viagra! 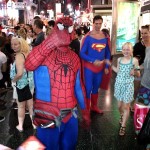 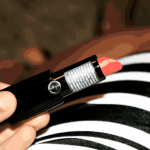