SIN CITY 2: A DAME TO KILL FOR PREMIERE & AFTER PARTY

Hollywood is RED HOT and on fire as the premieres just keep getting better every week.  Sin City 2: A Dame to Kill For premiered with an all star roster.  Bruce Willis, Jessica Alba, Josh Brolin, Dennis Haysbert, Jaime King, Mickey Rourke and others attended the red carpet premiere on Hollywood Boulevard.  Hollywood premieres in Los Angeles are known to attract most of the cast members from each film (they all live in LA) as well as other celebrity friends and attendees.  This particular premiere was no exception as fans became “street paparazzi” themselves hoping to get a shot of their target or with them. 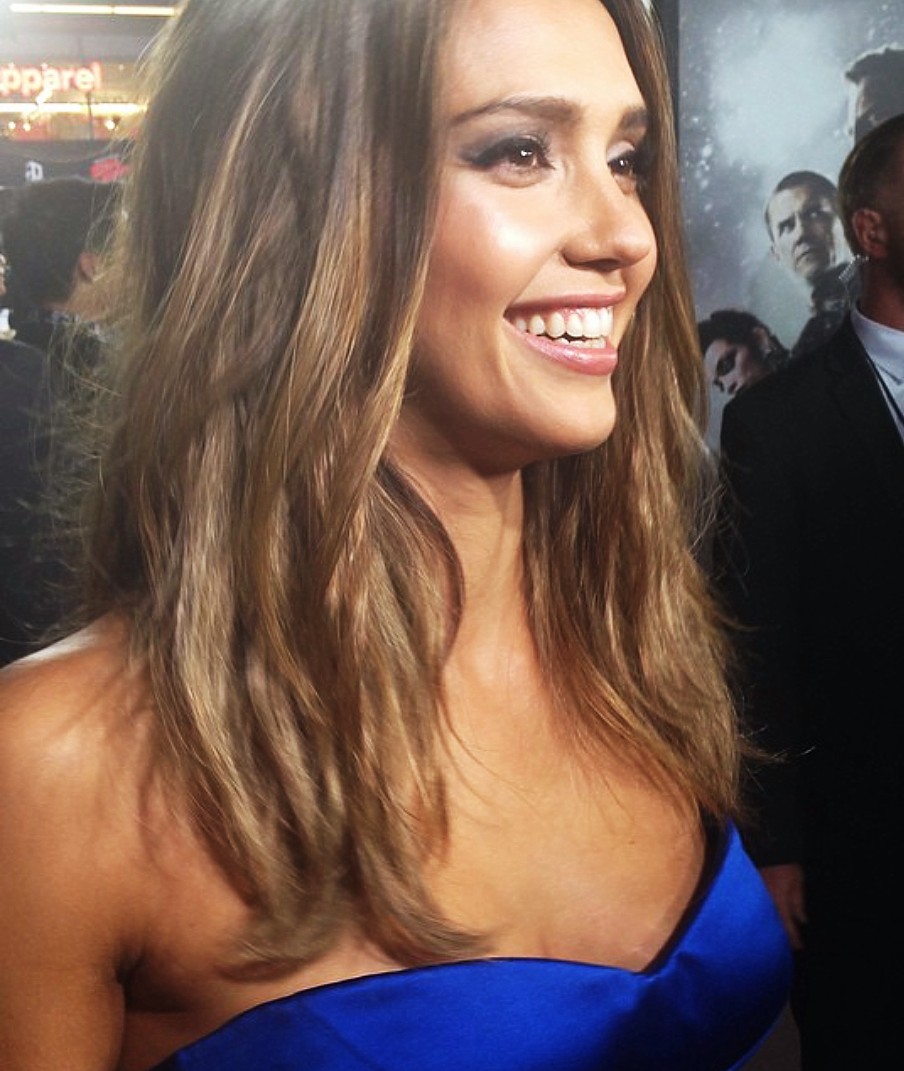 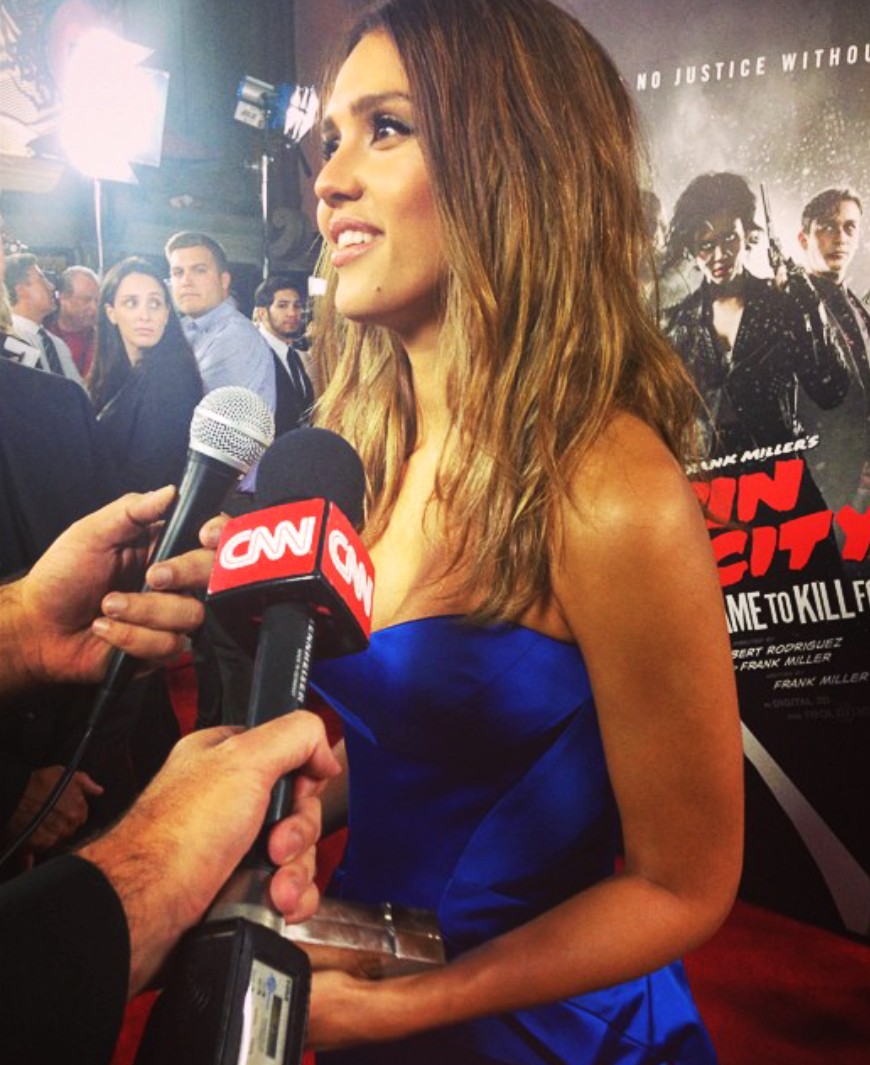 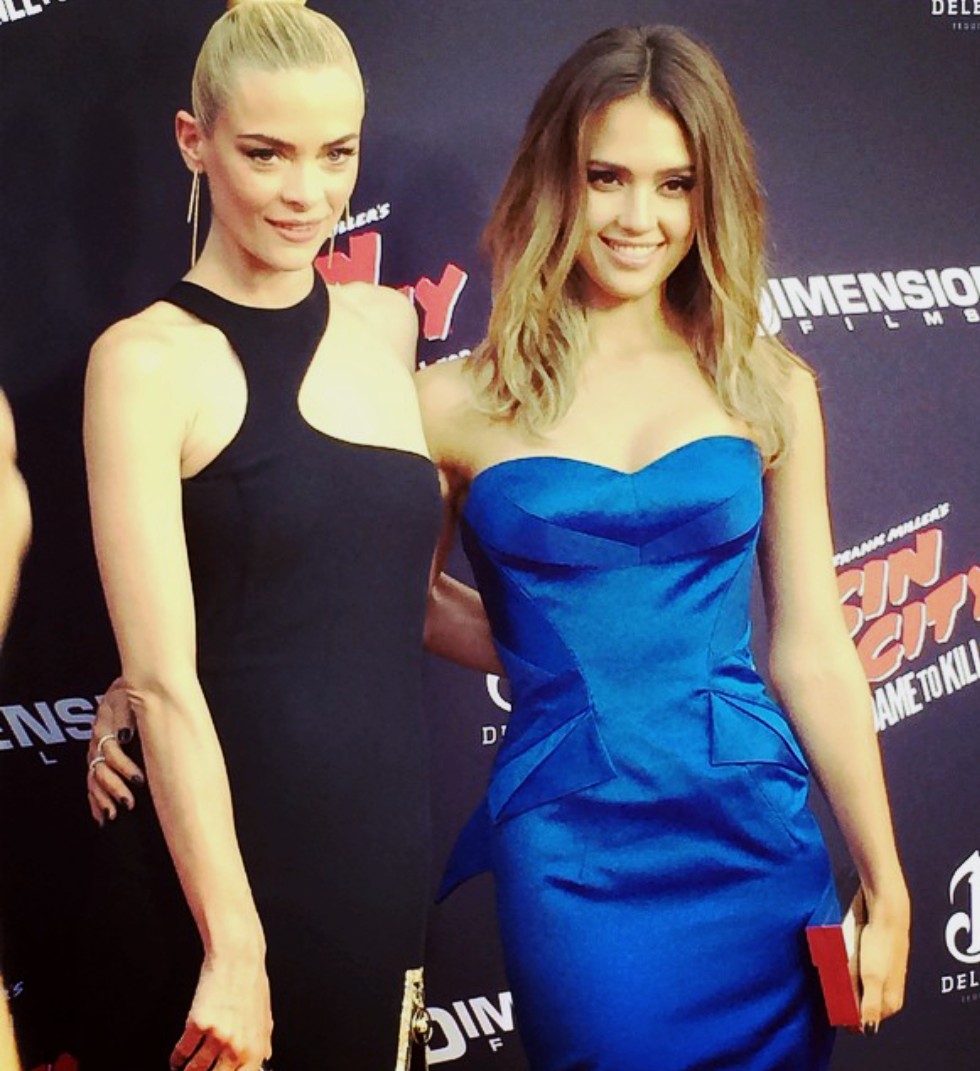 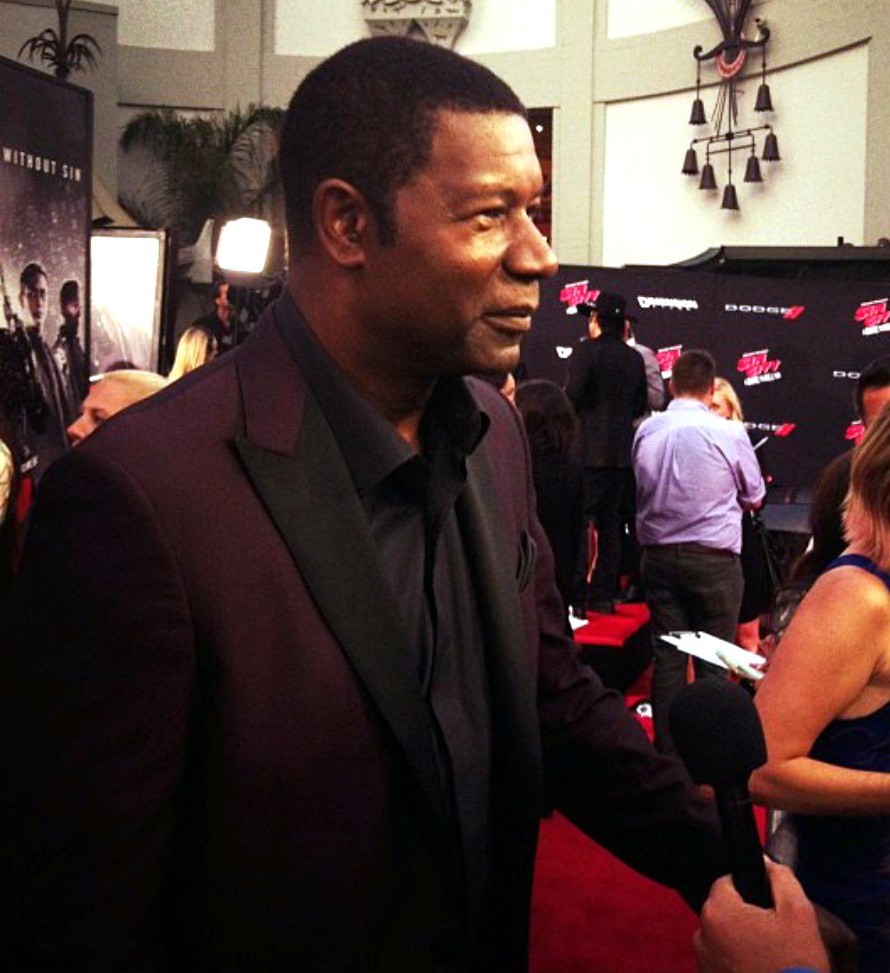 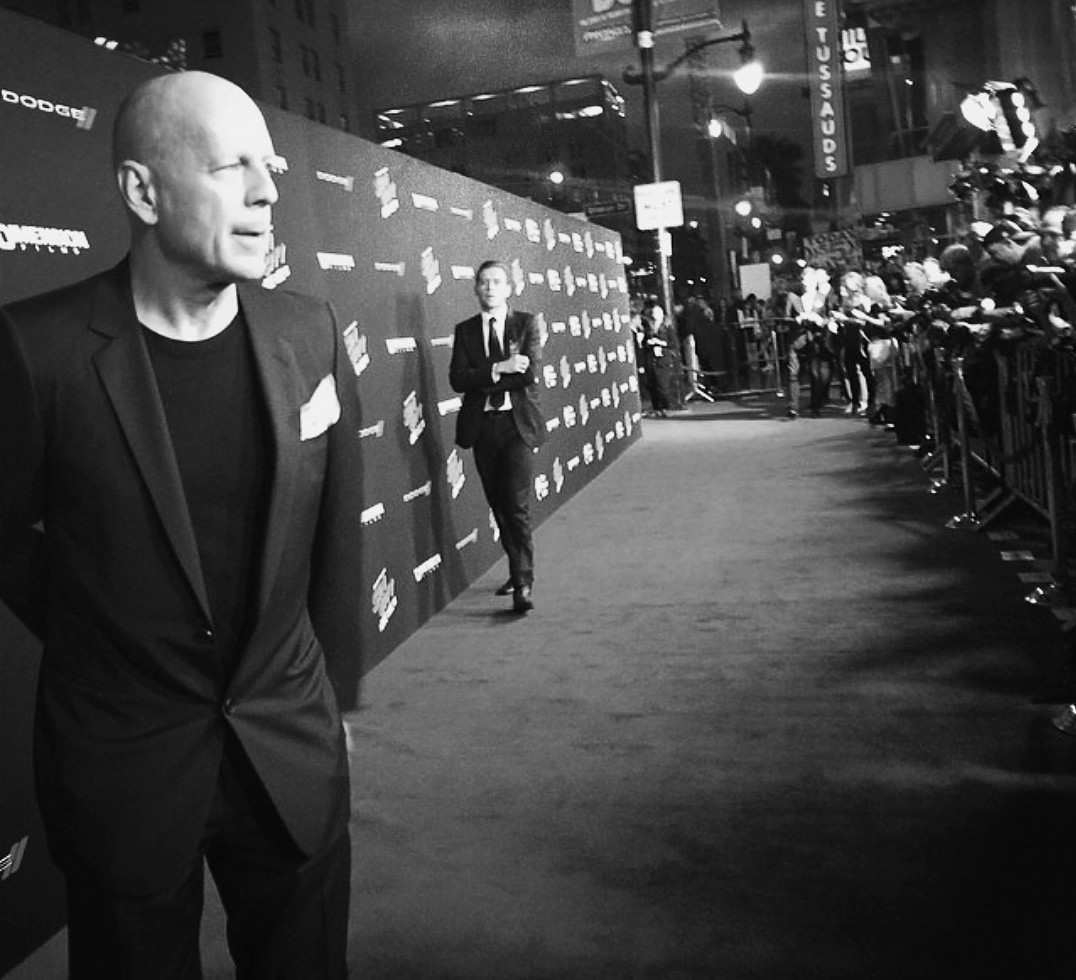 The film is a sequel to Sin City and is co-directed by Robert Rodriguez and Frank Miller.  The film is made up of sub plots or stories similar to the first movie.

After enviously watching John Hartigan reunite with Nancy Callahan in ‘That Yellow Bastard’, Marv regains consciousness on a highway overlooking the Projects, surrounded by several dead young men, and is determined to remember how he got there.

Johnny, a cocky gambler, disguises a darker mission to destroy the biggest villain in Sin City, Senator Roark, at his own game. He learns he beat the wrong man at poker and events take a turn for the worse, when the Senator has him brutally beaten. Now scarred and lustful for revenge, his mission gets somewhat sidetracked, when he meets a young stripper named Marcy.

‘A Dame to Kill For’

Years before ‘The Big Fat Kill’, Dwight McCarthy struggles with his inner demons and tries to maintain control until his former lover, Ava Lord, returns, wanting his help to escape her abusive husband, billionaire Damien Lord and his massive bodyguard Manute. A love-struck Dwight soon learns that Ava’s true intentions are far more sinister than they appear.

Set after ‘That Yellow Bastard’, exotic dancer Nancy Callahan struggles to cope with John Hartigan’s selfless suicide and is advised by him in her hallucinations. Driven insane and no longer a damsel in distress, the now black-haired and scarred Nancy is out for blood with friend and protector Marv, compelled to avenge Hartigan by hunting down Senator Roark.” 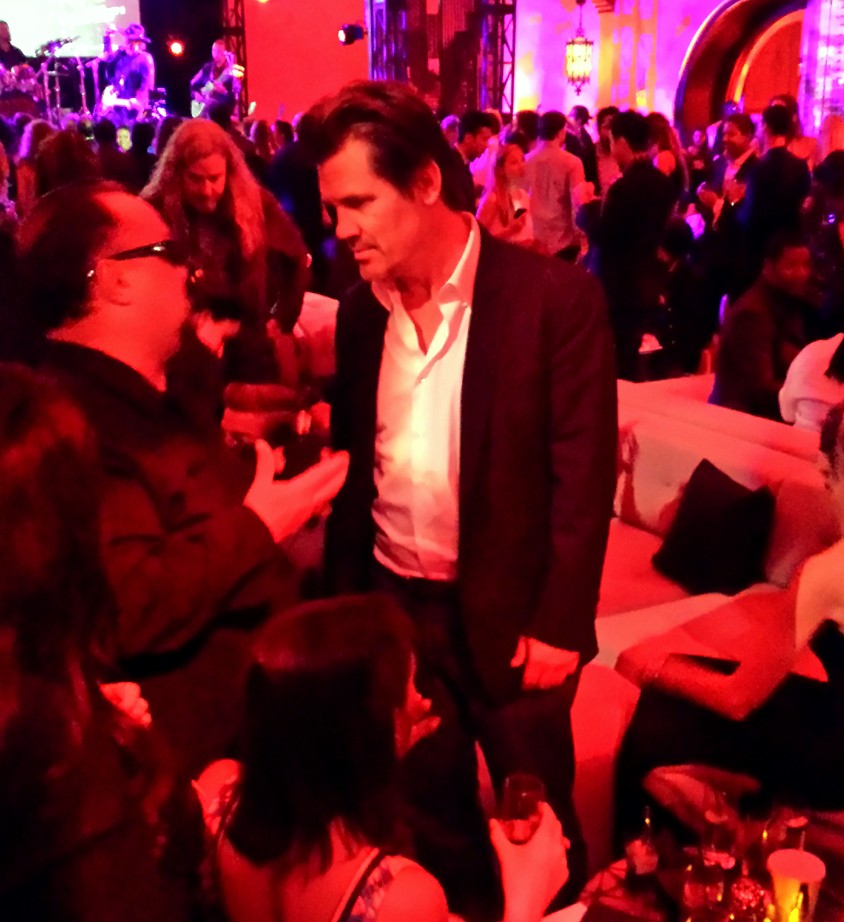 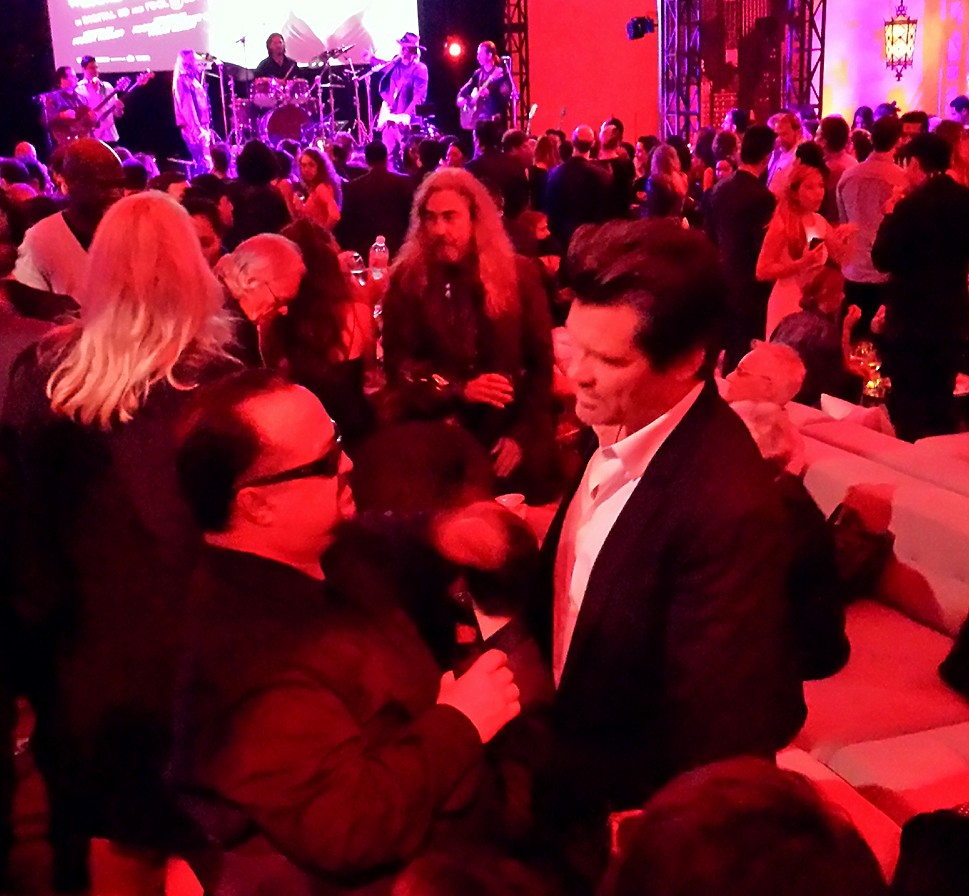 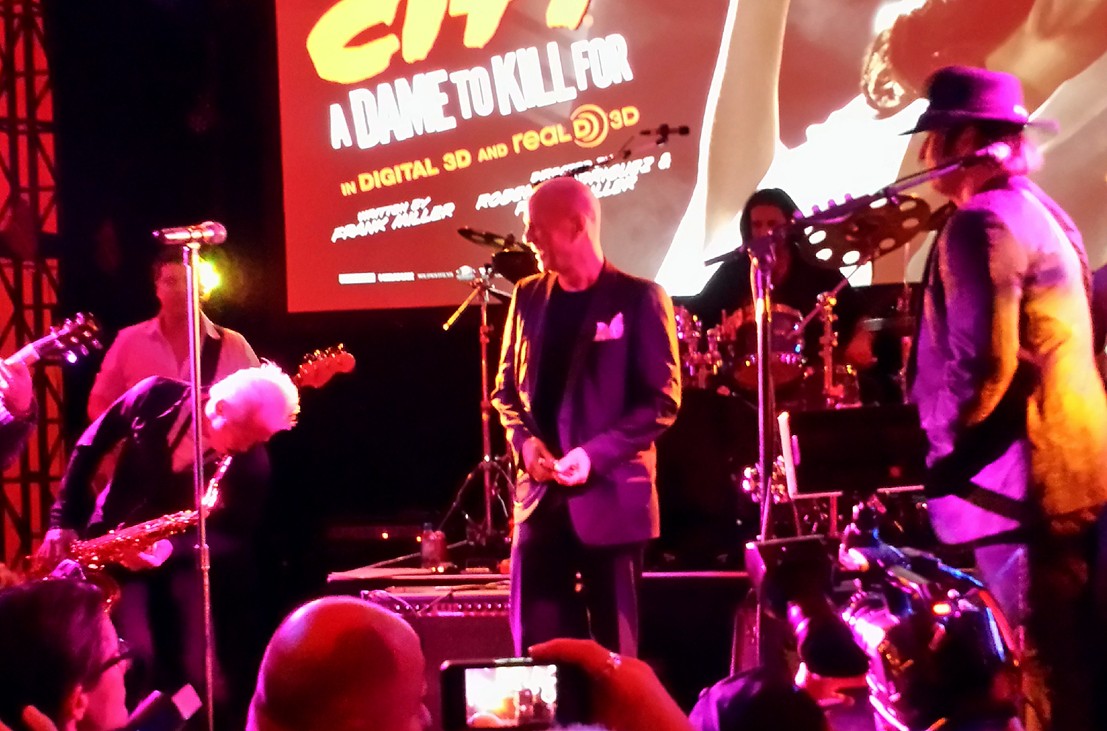 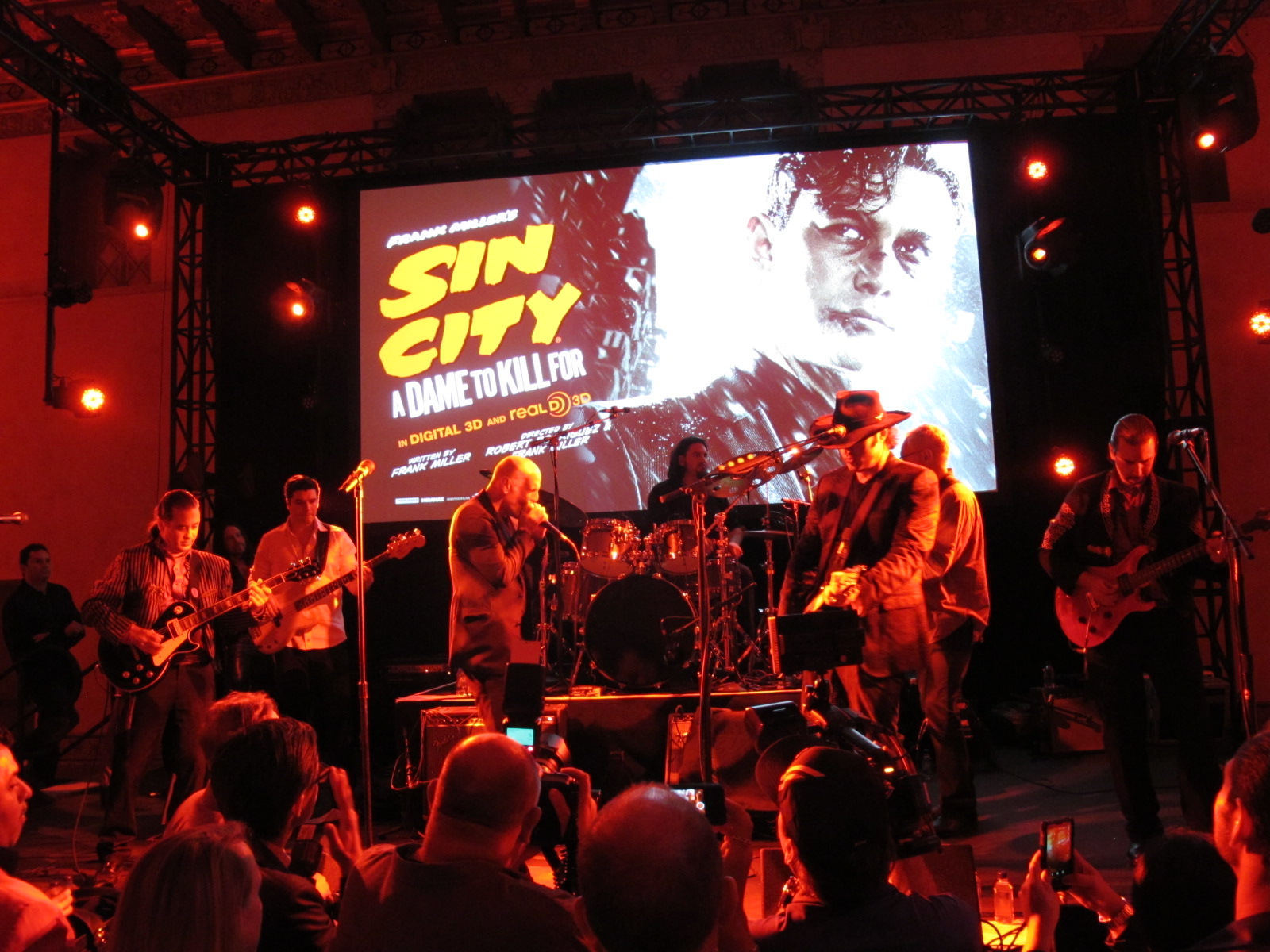 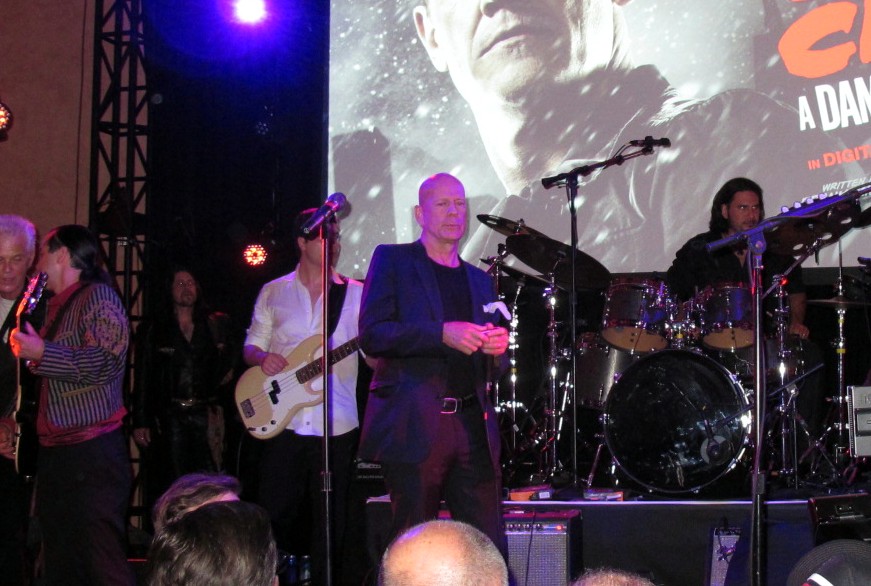 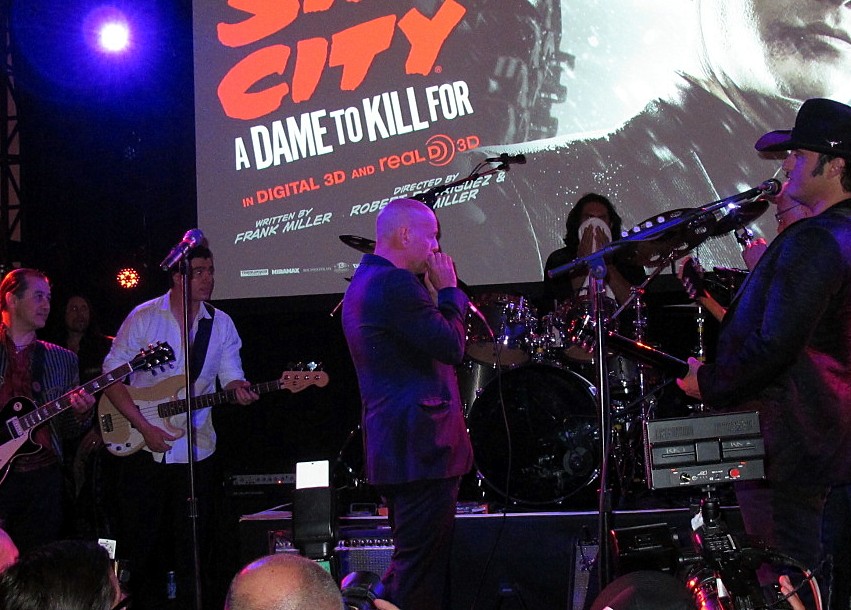 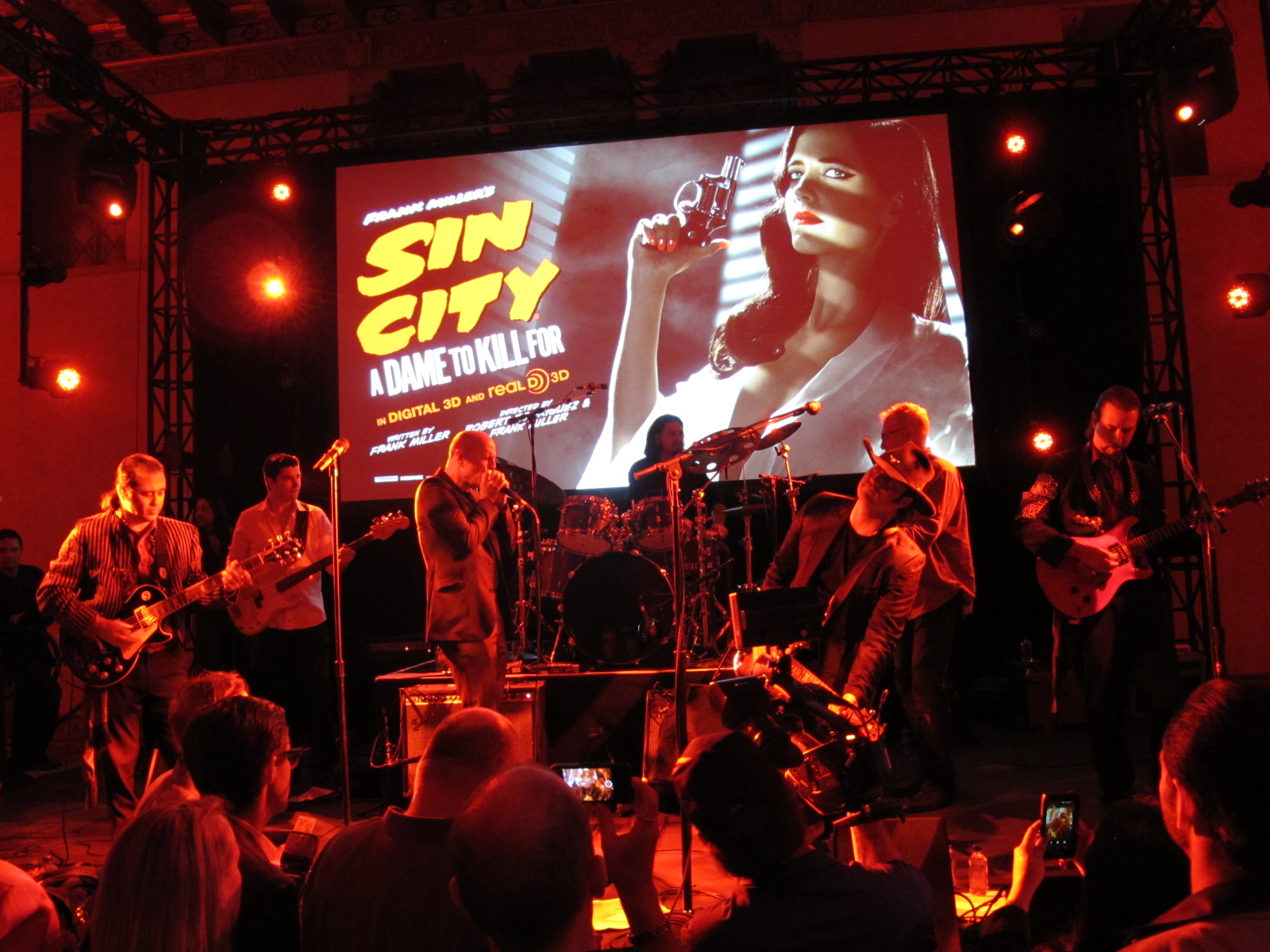 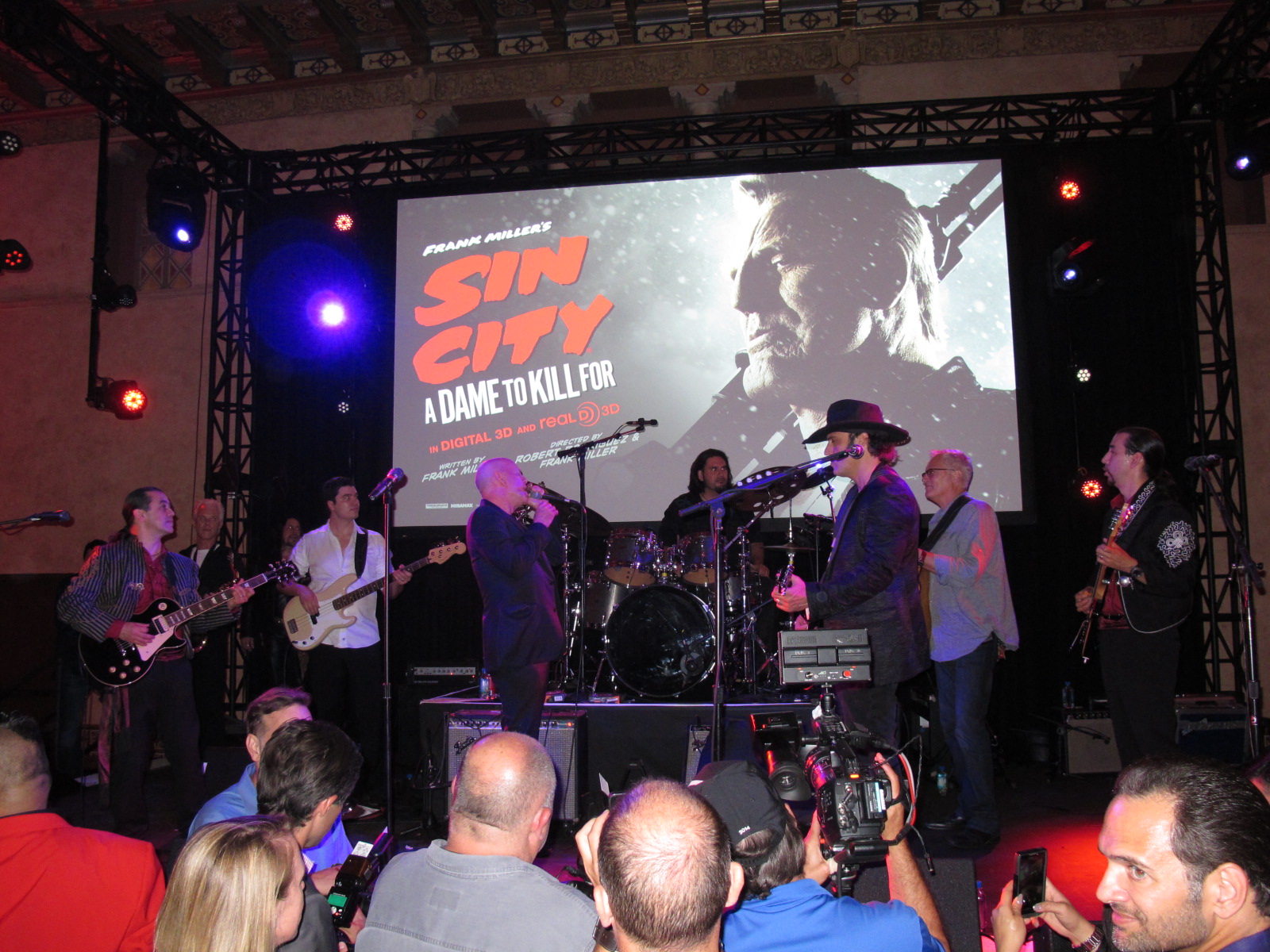 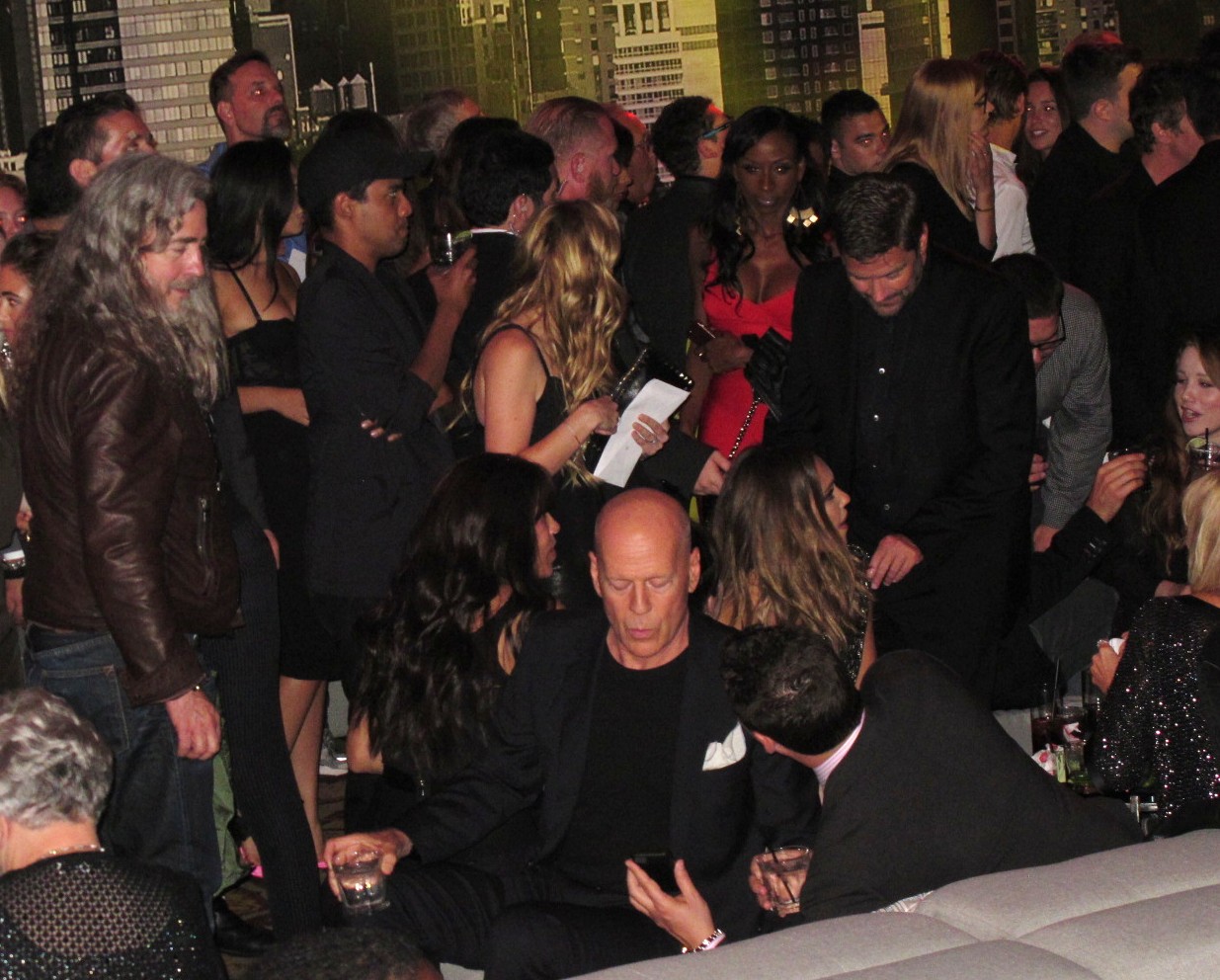 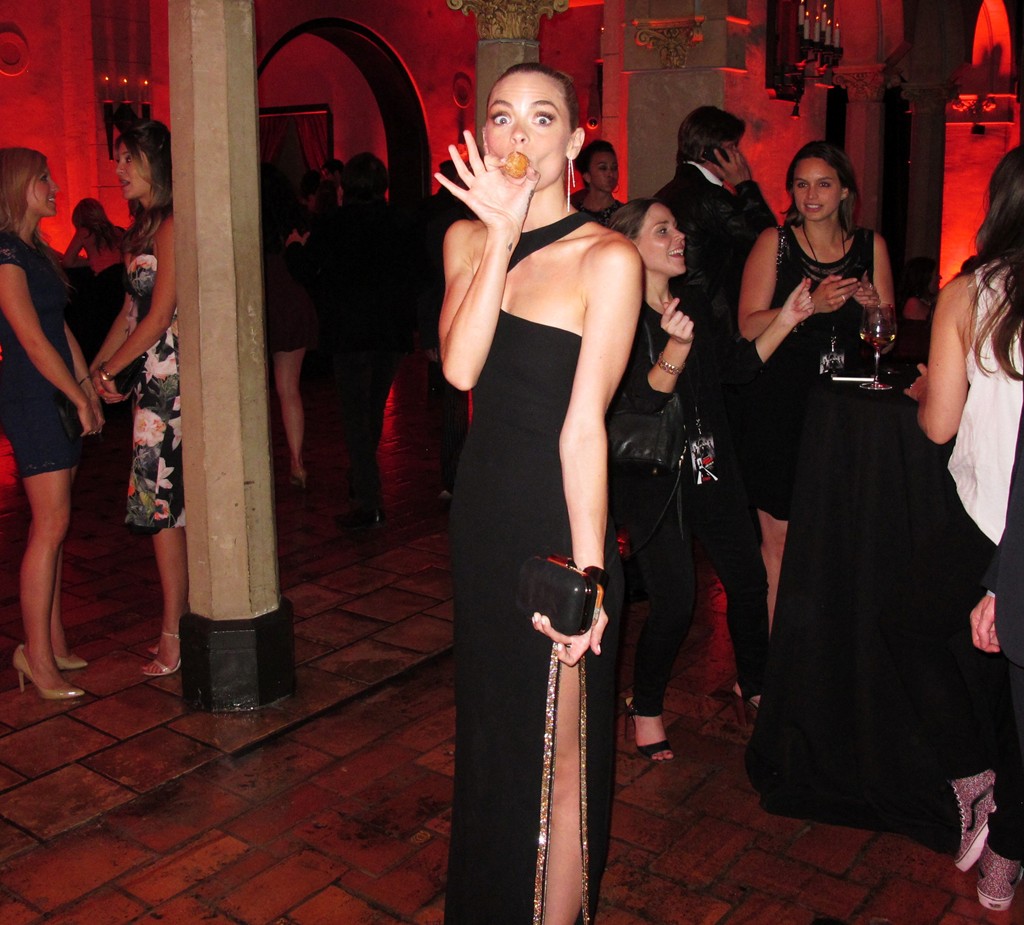 The after party for the film was anything but dull.  Held at an undisclosed location, Bruce Willis managed to jump on stage and rock out with the ban for about 15 minutes.  The crowd was impressed so much they stopped asking him for photos and just stared at him the rest of the night.  Fatburger showed up with their famous catering truck to add a little grease to the menu (it was tasty).  Beyond Hollywood executives wheeling and dealing, there was a flood of attractive attendees who enjoyed the “concert” idea for an after party vs. the normal “stand-drink-mingle”. 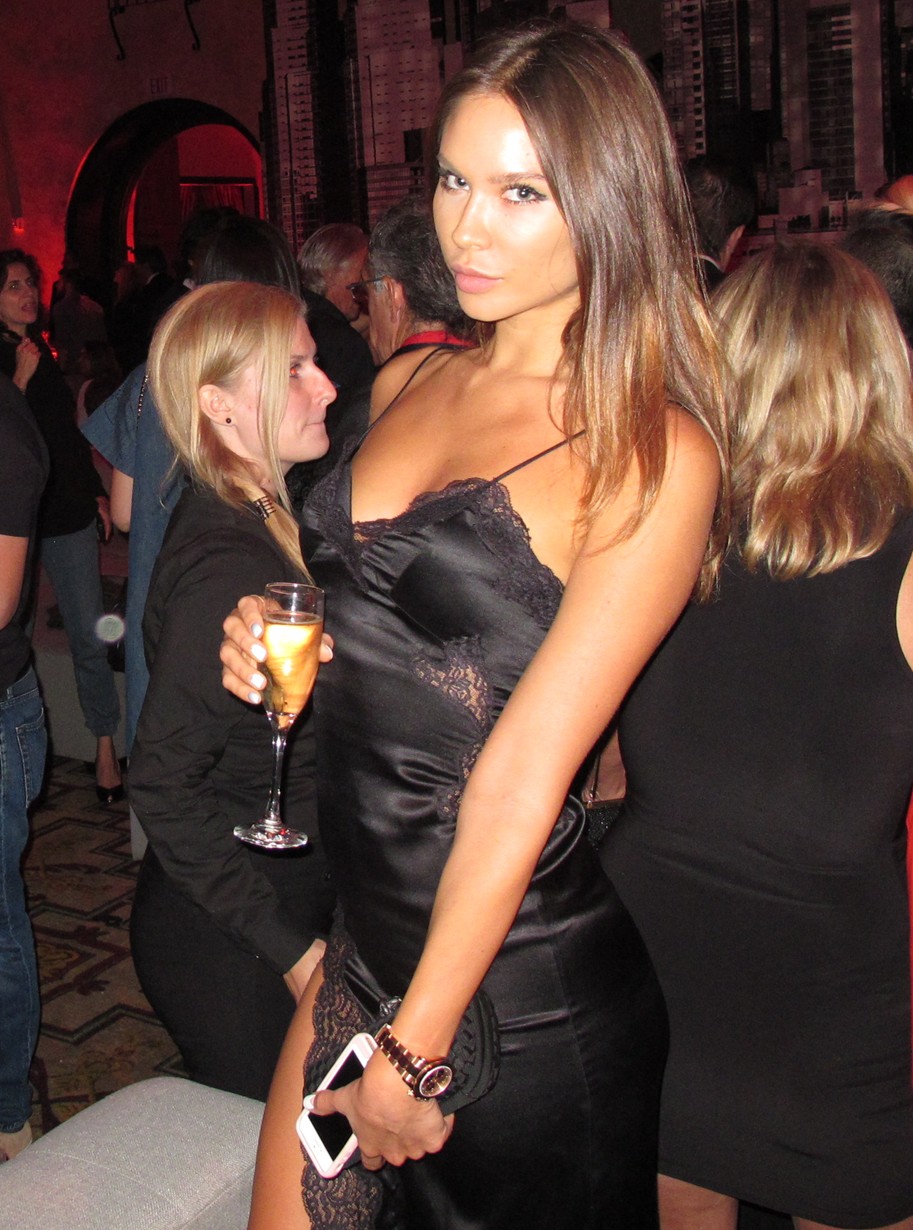 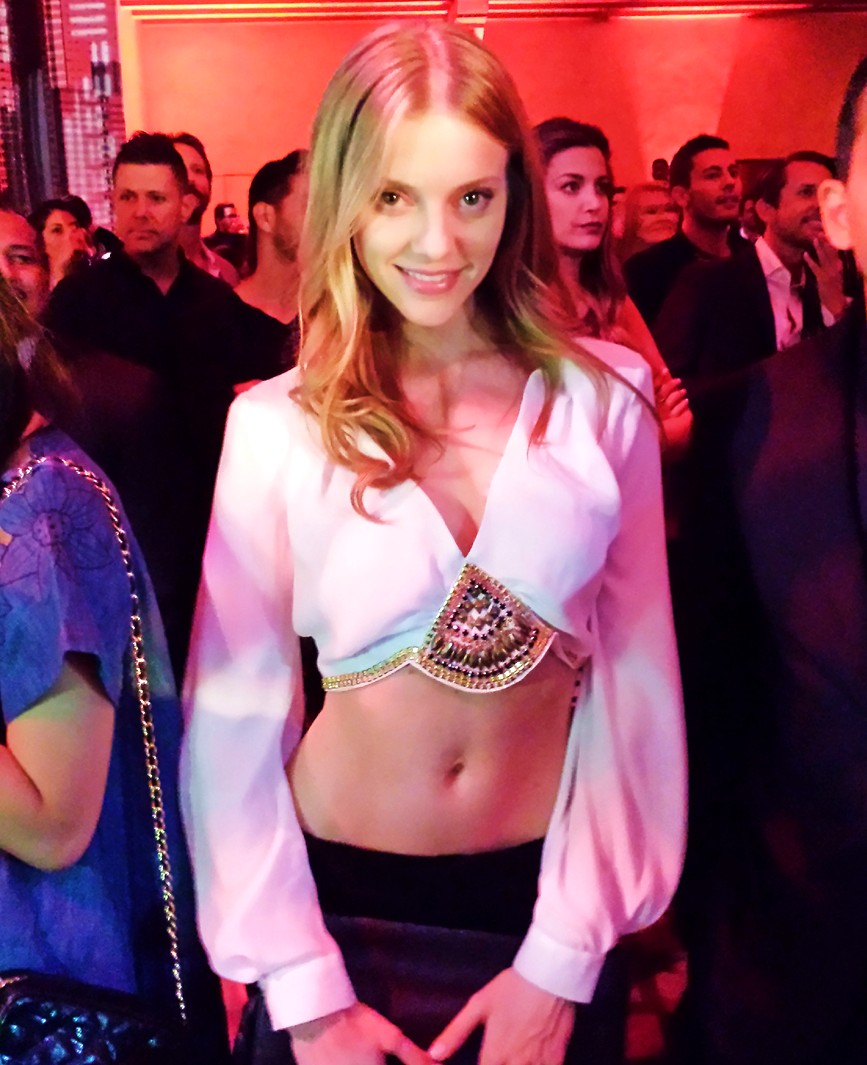 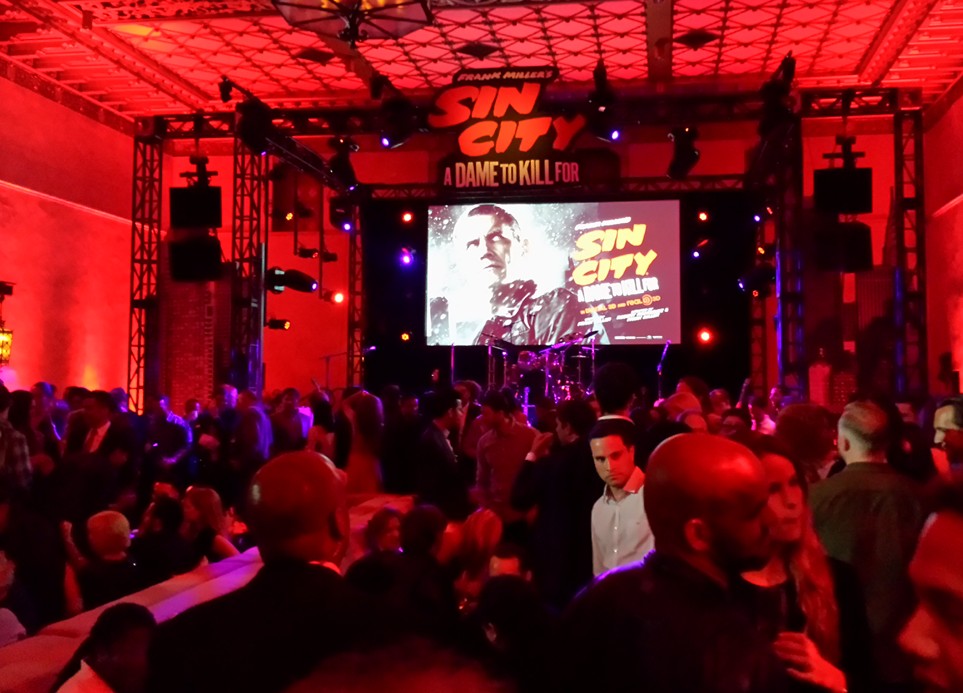 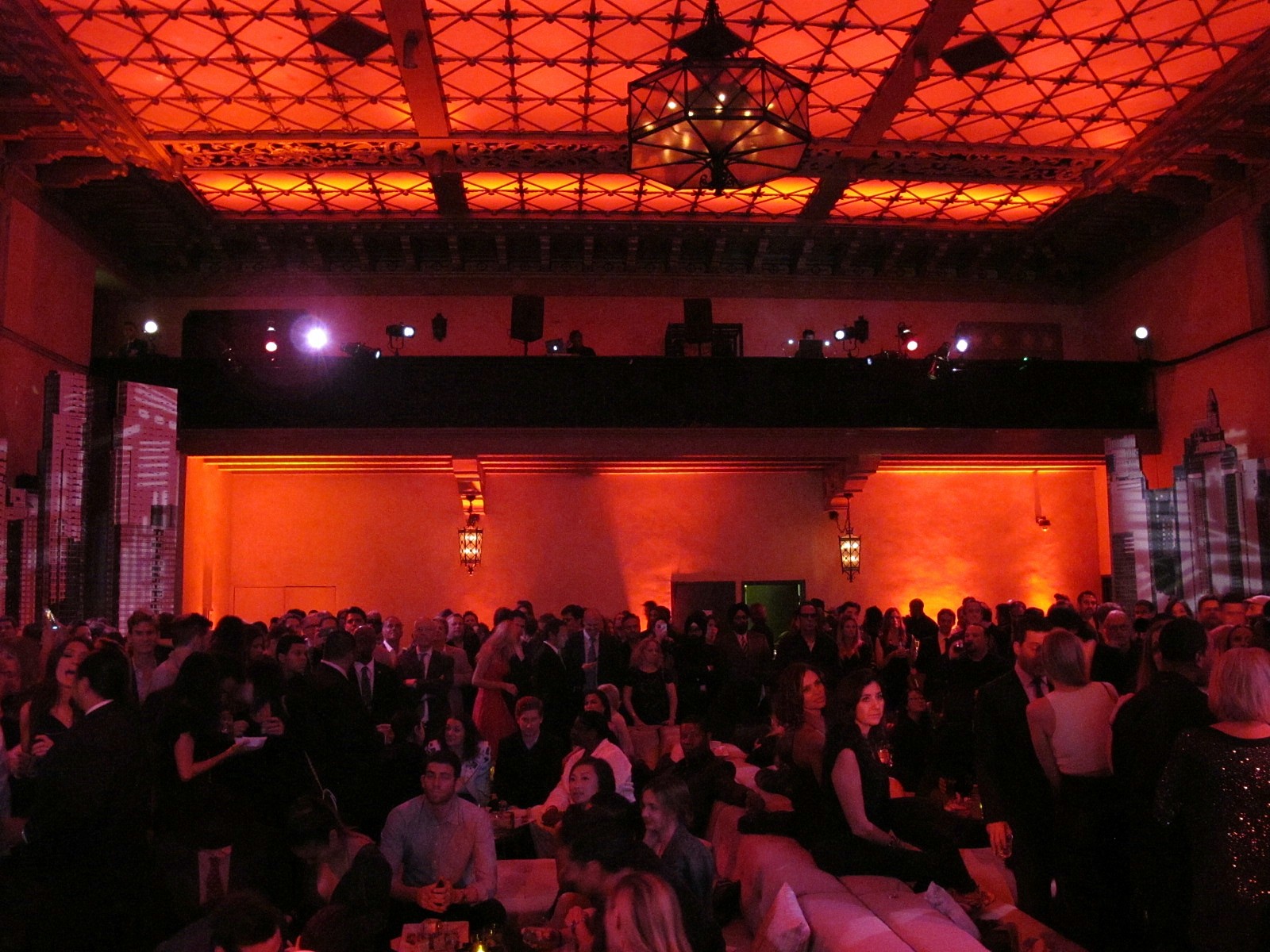 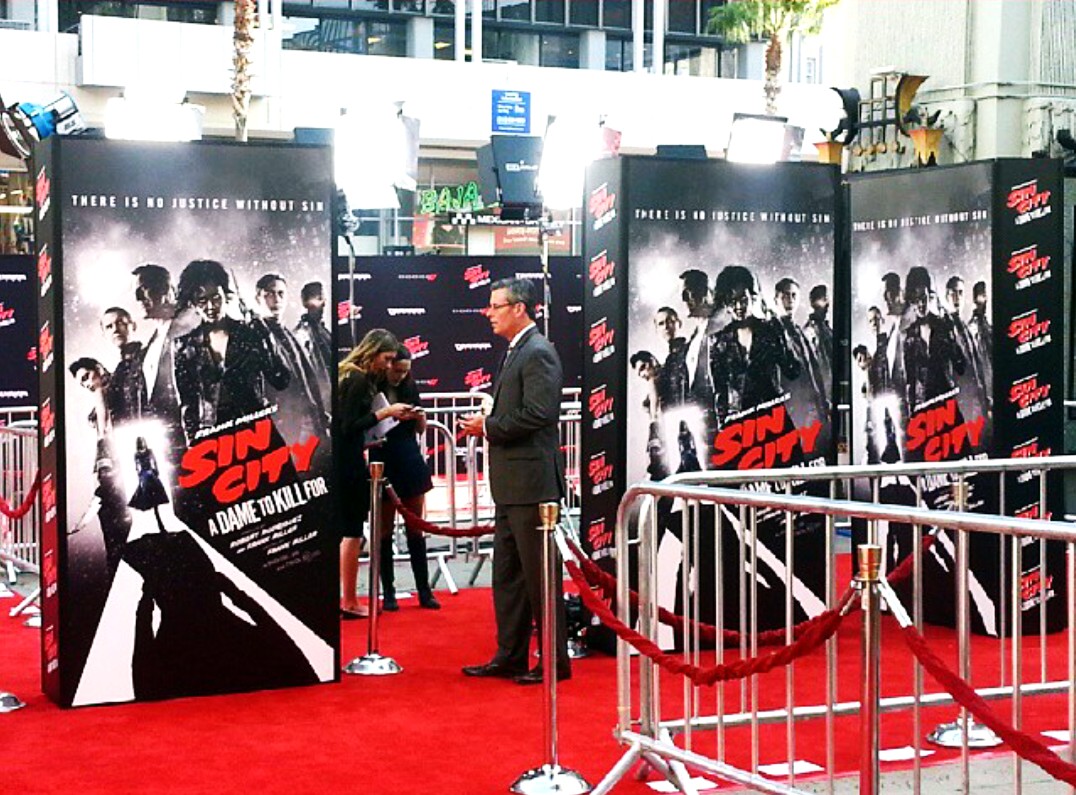 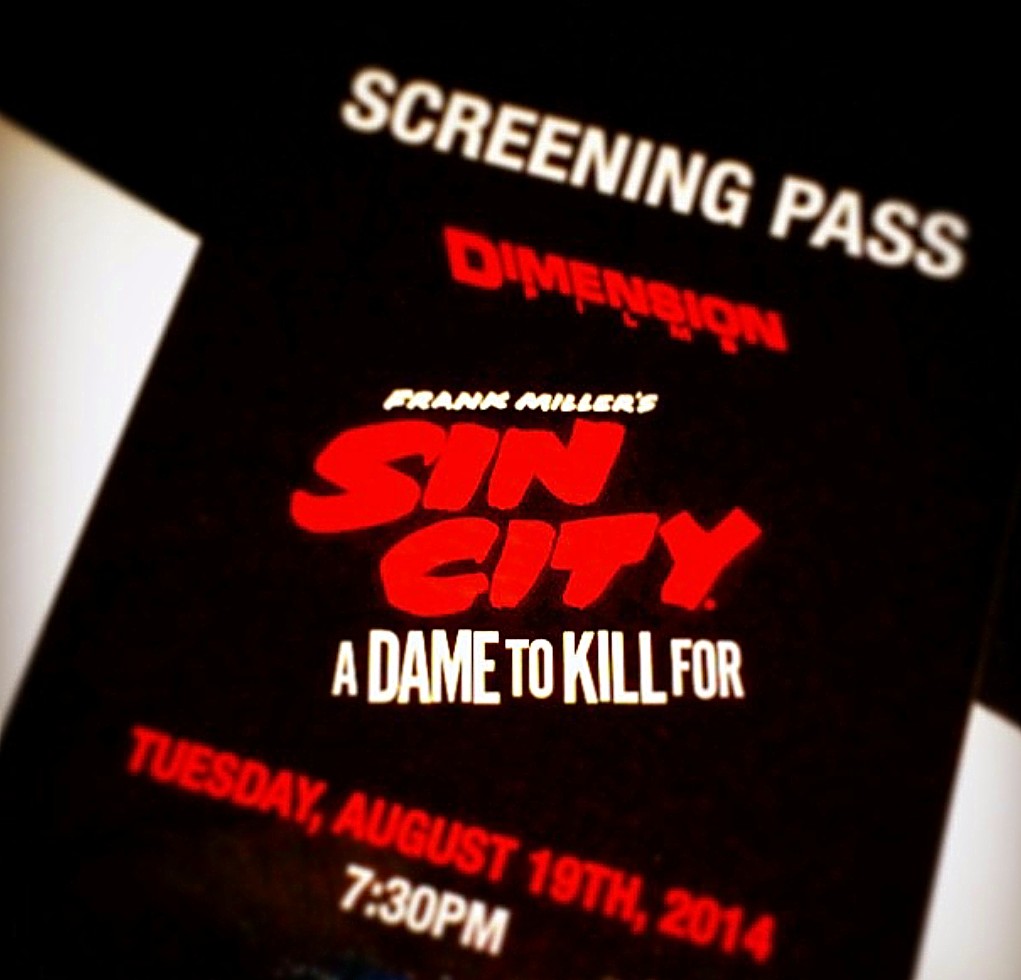 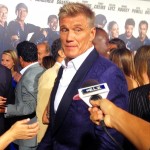 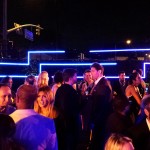