Julia Pereira is favorite amongst photographers and fashion companies throughout the United States, Europe and South America.  Her sleek natural Brazilian beauty is uncommon to New York but becoming more recognized by stylists and creative directors.  Every few years the industry changes.  A while back it was geared towards women that were so skinny they resembled boys.  Then pale features were in.  The past decade it has been somewhat of an Eastern European invasion and there seems to be little light at the end of the tunnel for this trend to end. 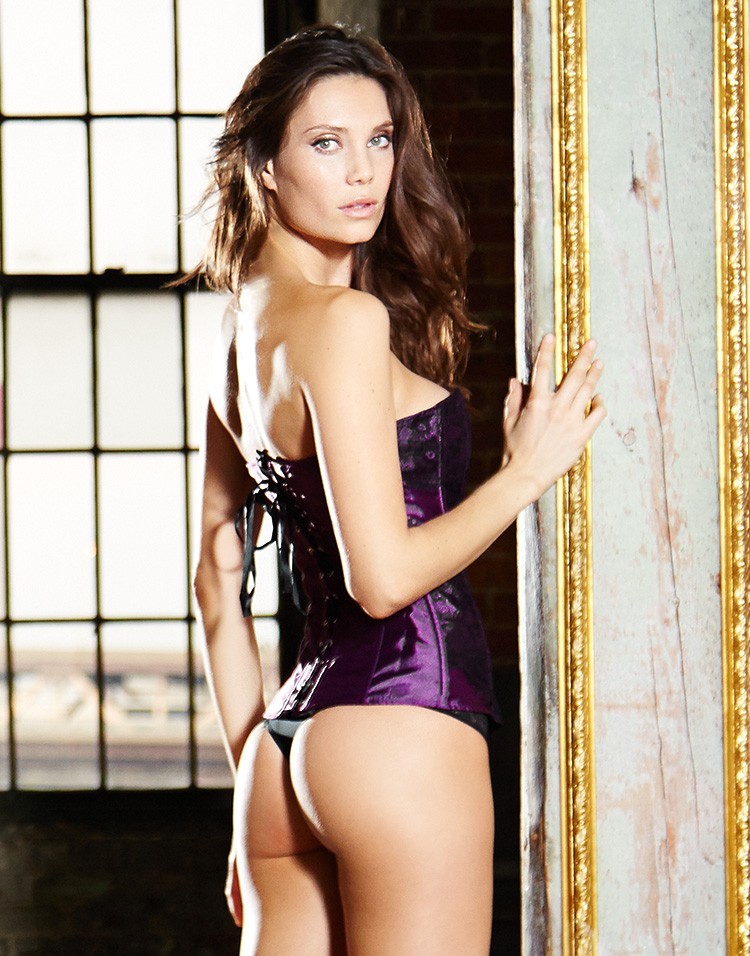 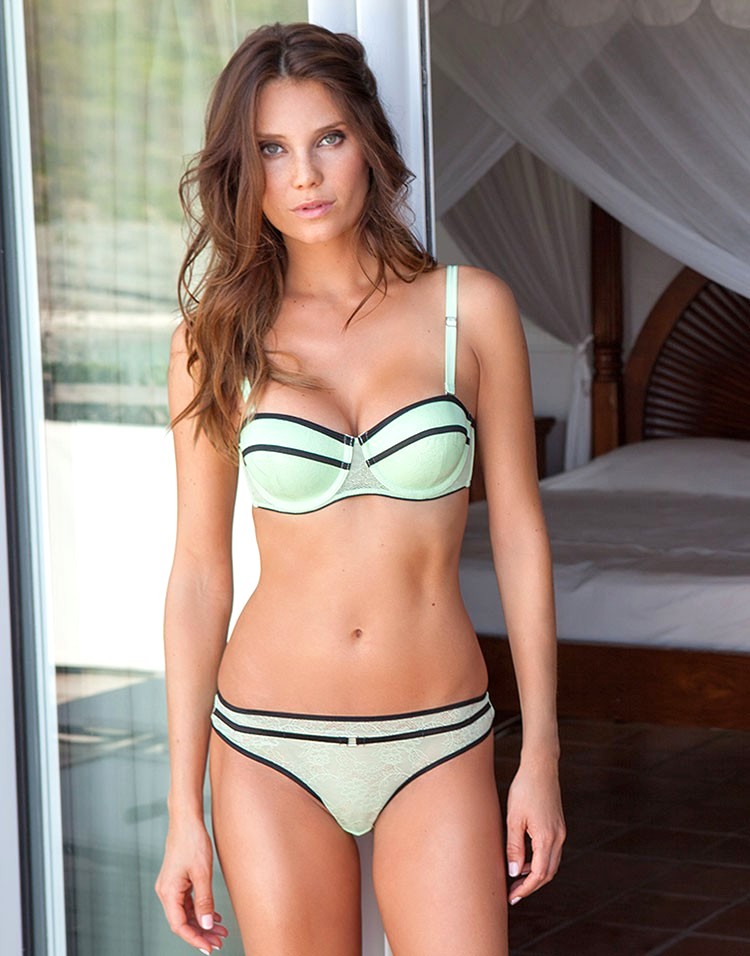 Stunning Julia Pereira for ADMORE ME

The industry has also seen a “larger” woman come out of the closet and take front row with covers for Victoria’s Secret and Sports Illustrated.  The plus size phenomenon may have been triggered by the entire “models don’t eat enough” fiasco several years back, going into how they pass out and are bulimic, etc.  So the anti-underweight or overweight campaign (as I call it) allowed certain types of models to elevate their career in tandem with their weight.  That trend seems to be finally shedding pounds. 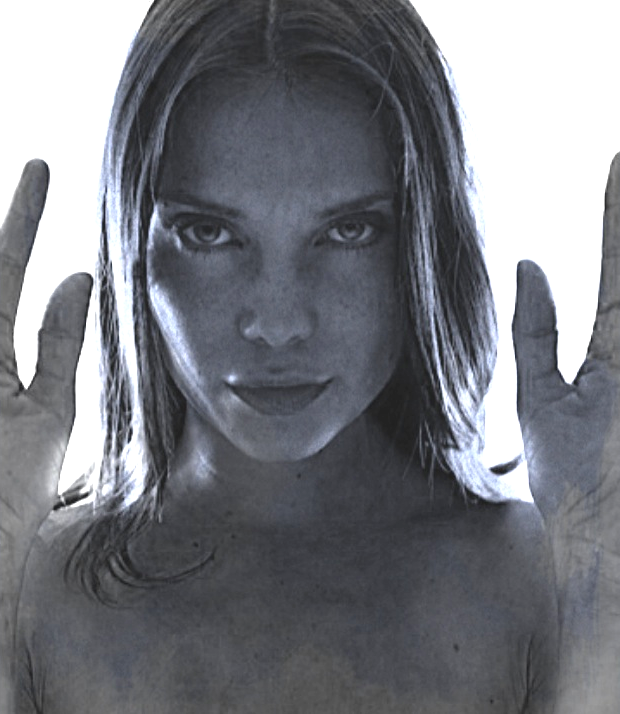 But Brazilian models, similar to models in Los Angeles or Miami, have never been emaciated with skeletal structures showing due to only eating four times per week and sticking their fingers down their throats.  Nor does one find the vast majority overweight with double chins from one too many fried food portions (of course I am cynically generalizing).  Brazilian models, in general, tend to have slender and yet healthy bodies with all natural elements to their diets. 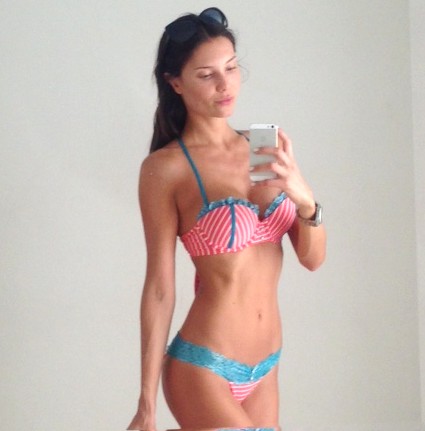 And like much of Eastern Europe, they possess a diverse ethnic background with a blending of various races and cultures (foods) in some parts, and not so much blending in other regions. Brazilians also tend to take extreme pride in their intake of organic foods, proper exercise and nurture a healthy mental state by keeping close to their families and friends. 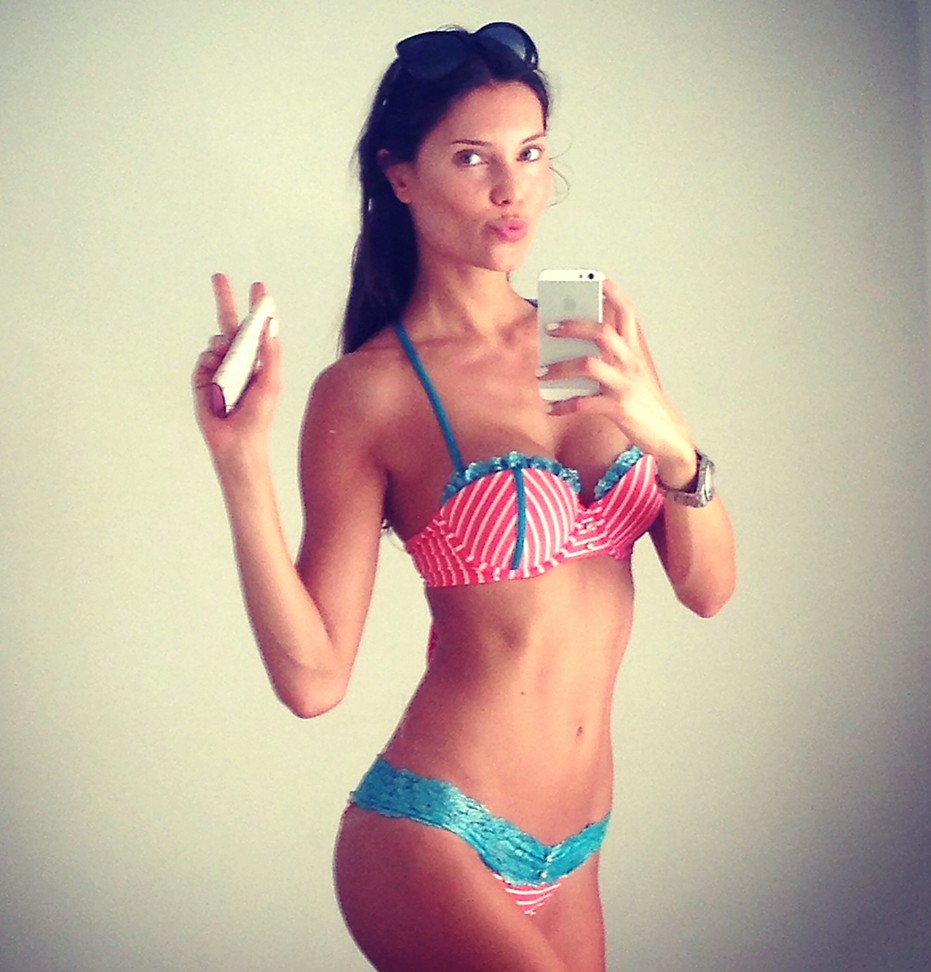 Julia Pereira shows what the perfect “selfie” shot looks like 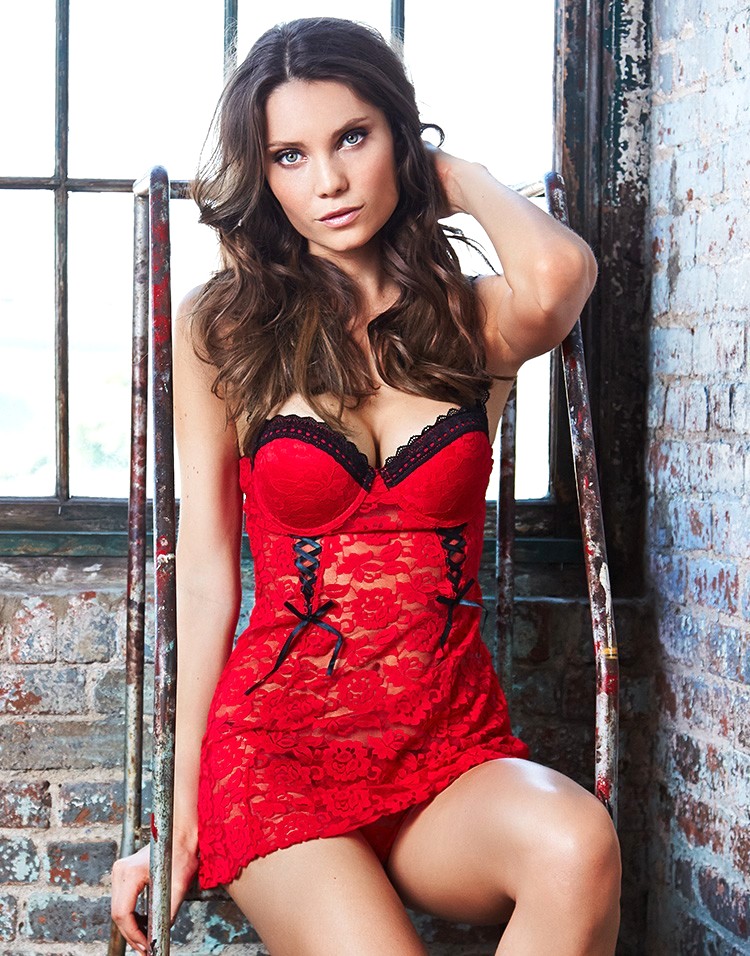 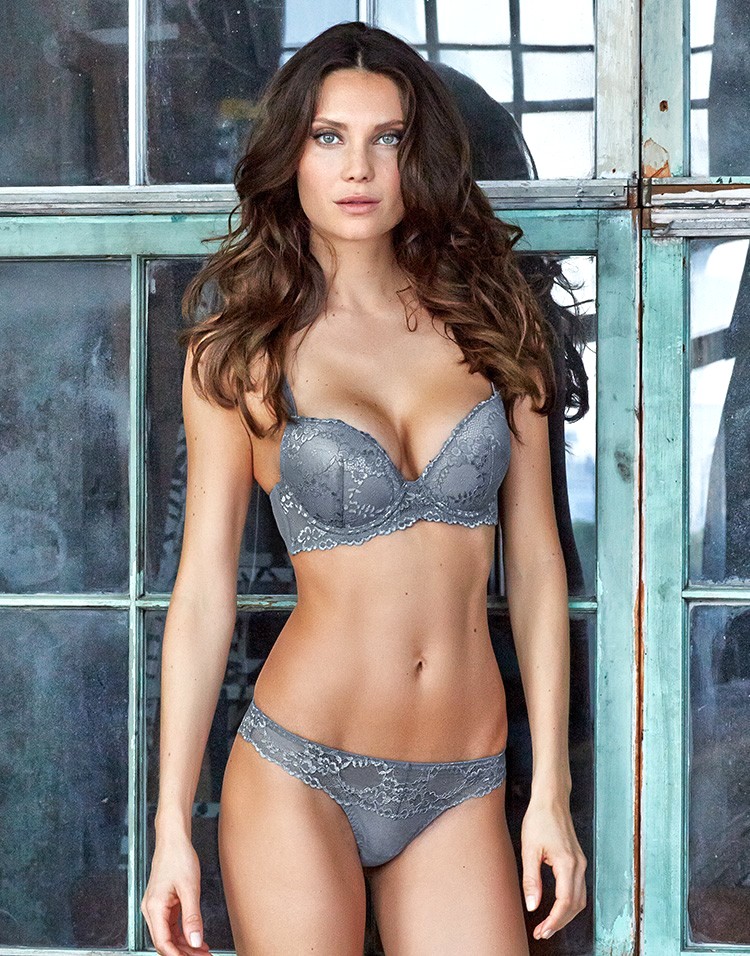 RED HOT Julia Pereira during her shoot for ADORE ME

Julia Pereira has the look of the “twenty teens” (sans les foreign language tattoos under the arms or shoulder blade -blame Angelina Jolie) where she is tan but not too much, exotic but also preppy, South American but with European flavor, thin but with curves and sexy but not the point of ONLY FOR THE BEDROOM (I could be a chauvinist). 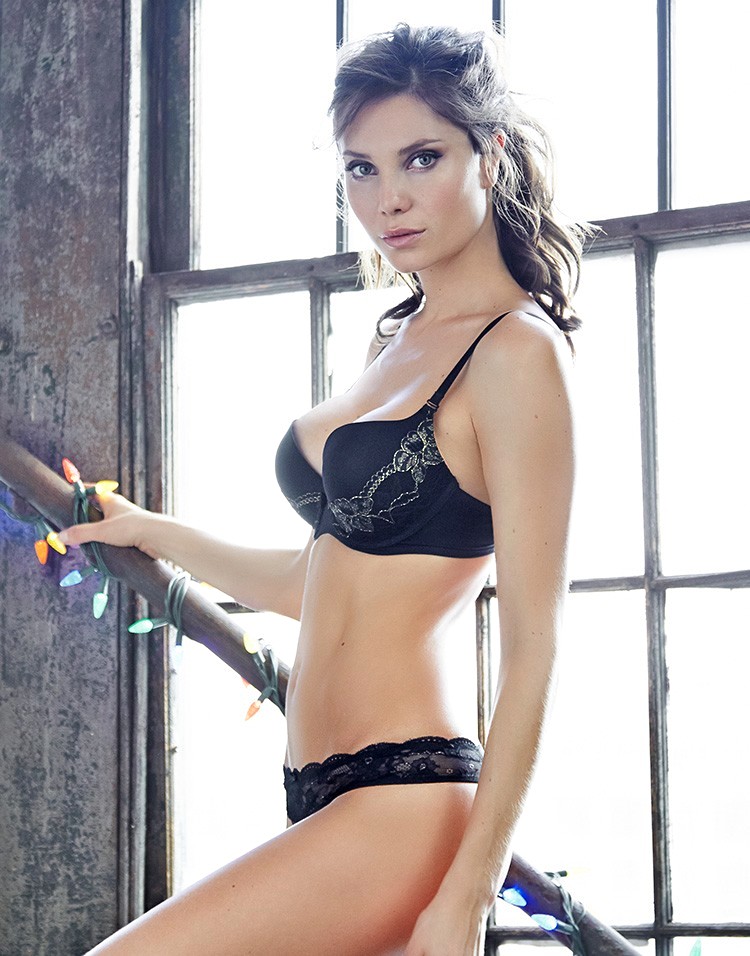 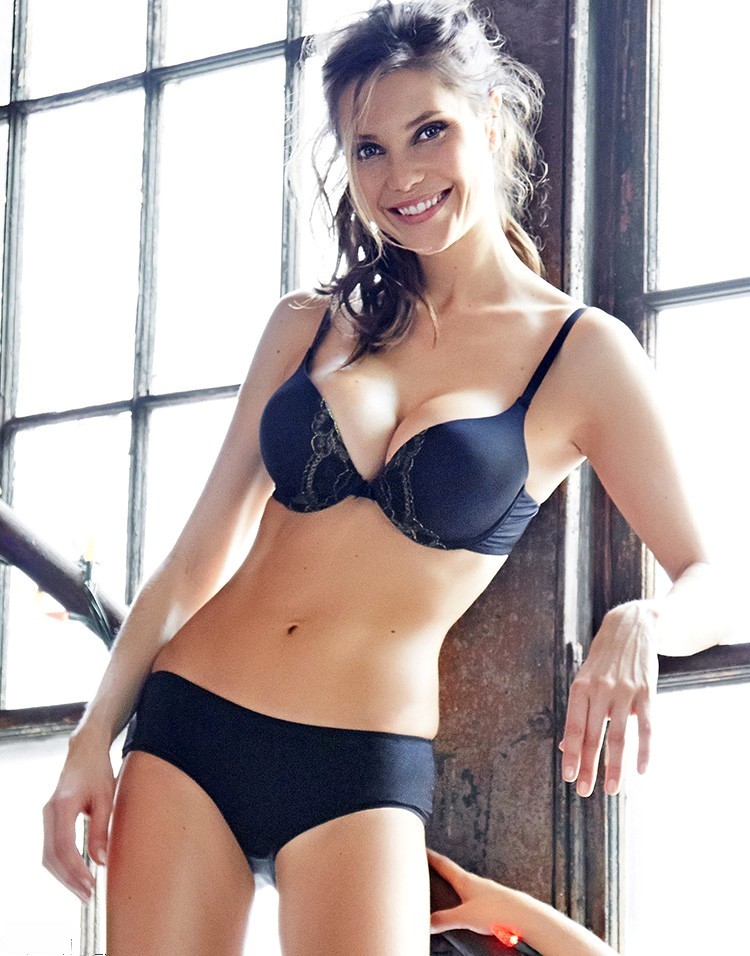 More from ADORE ME 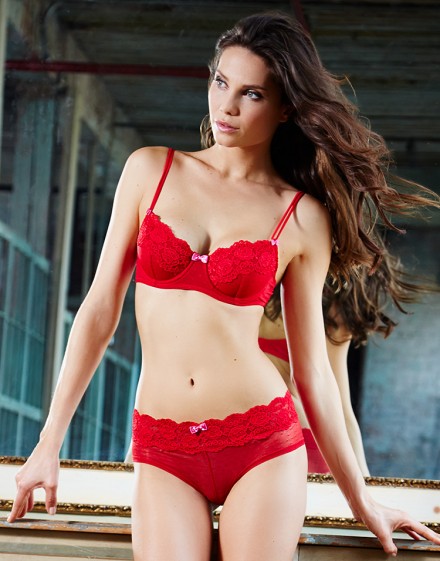 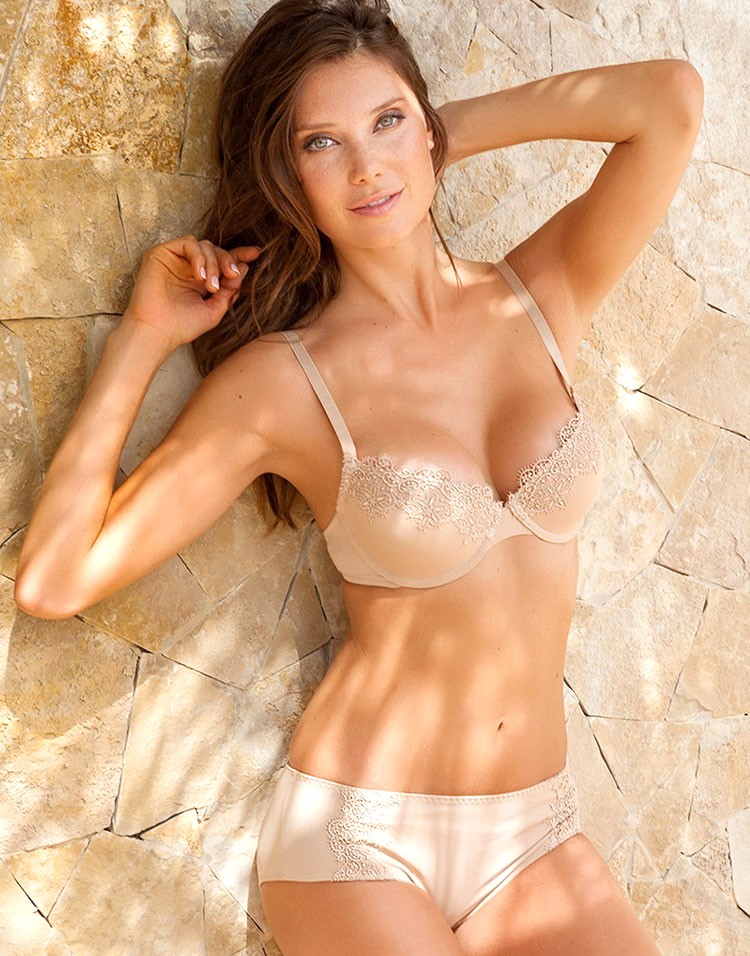 Difficult to say where she will be next week.  She is constantly on the go these days shooting in New York, Miami, the Caribbean, South America, Europe, etc.  The life of a successful model is uncertain for geographic location.  One thing is for sure.  She will be indulging in a healthy lifestyle! 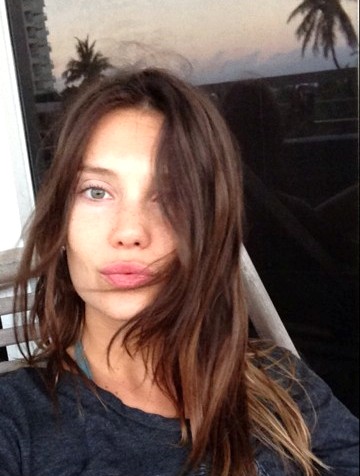 JULIA PEREIRA: BEHIND THE SCENES 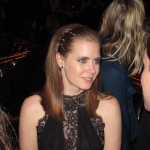 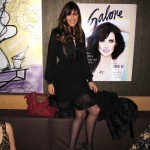