Hollywood Boulevard at the Dolby Theatre once again came into the limelight for the Los Angeles premiere of Godzilla (2014).  Starring Bryan Cranston, Aaron Taylor-Johnson and Elizabeth Olsen, the movie is a remake of the classic Godzilla but in modern times. 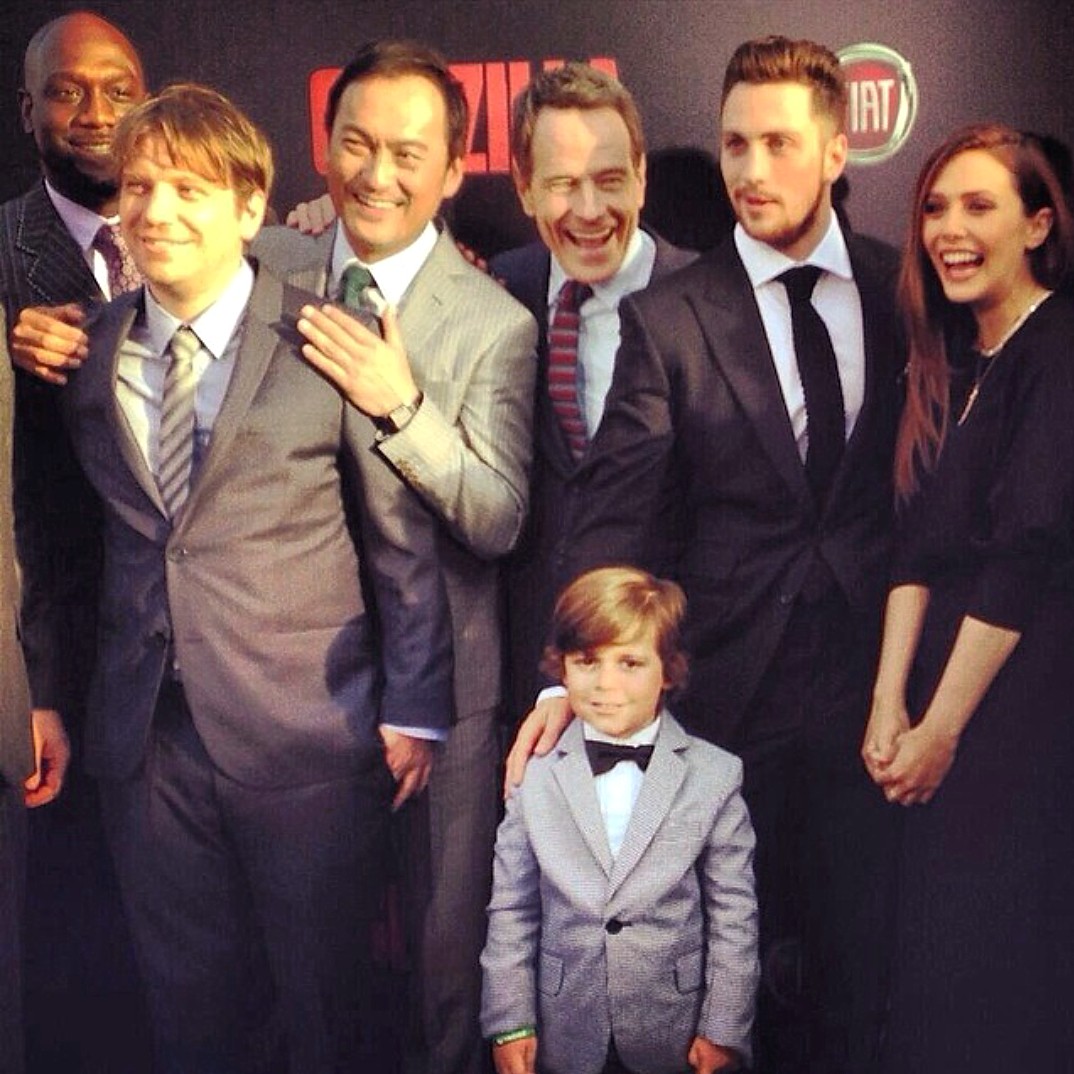 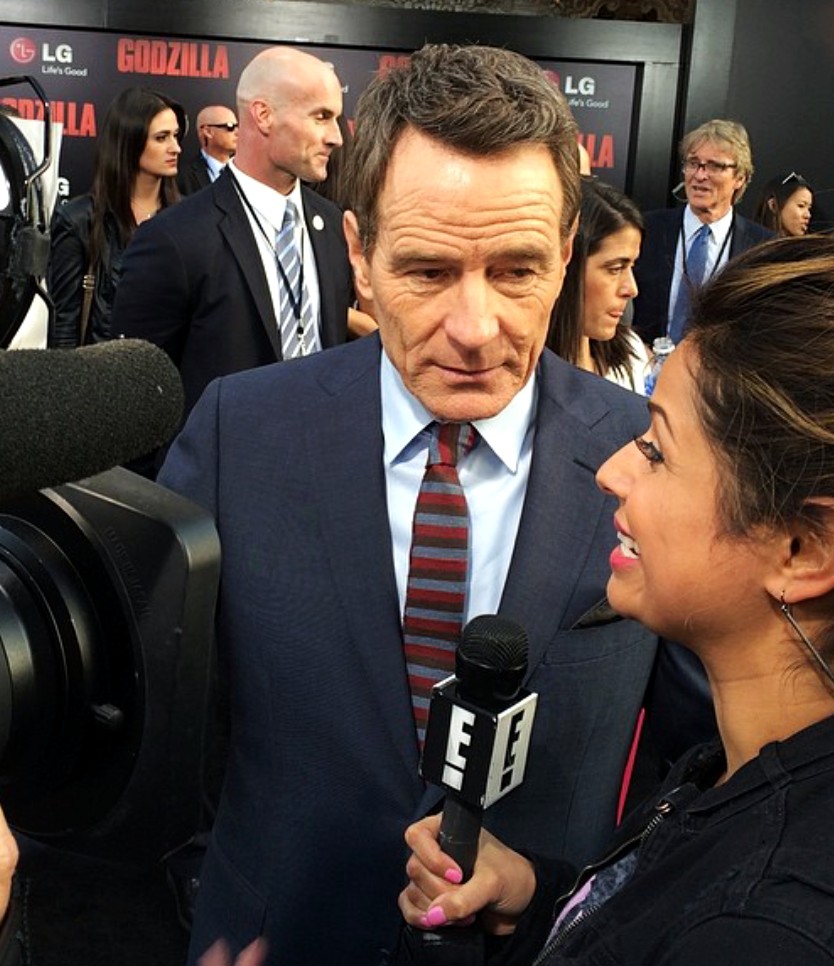 Bryan Cranston on the red carpet 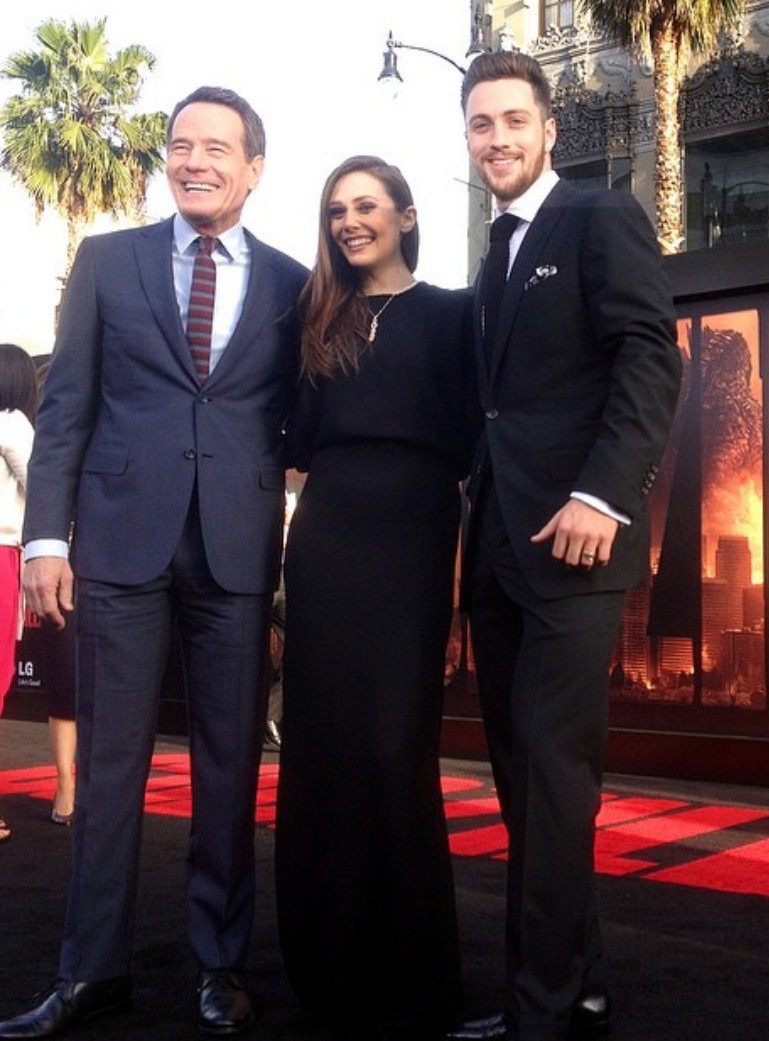 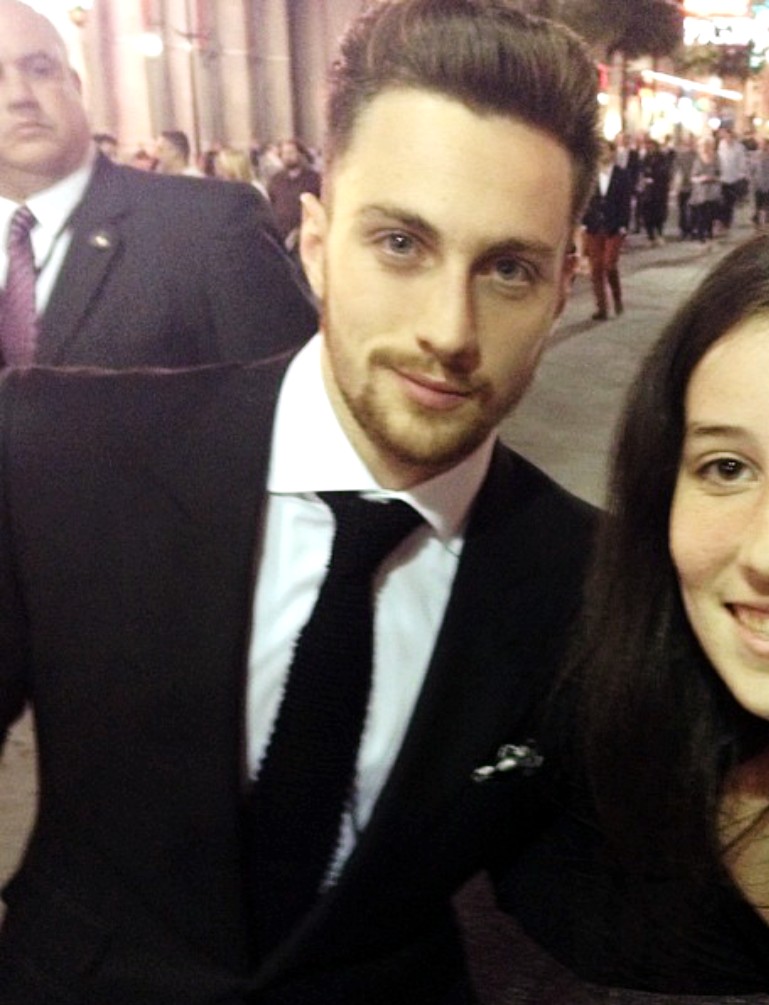 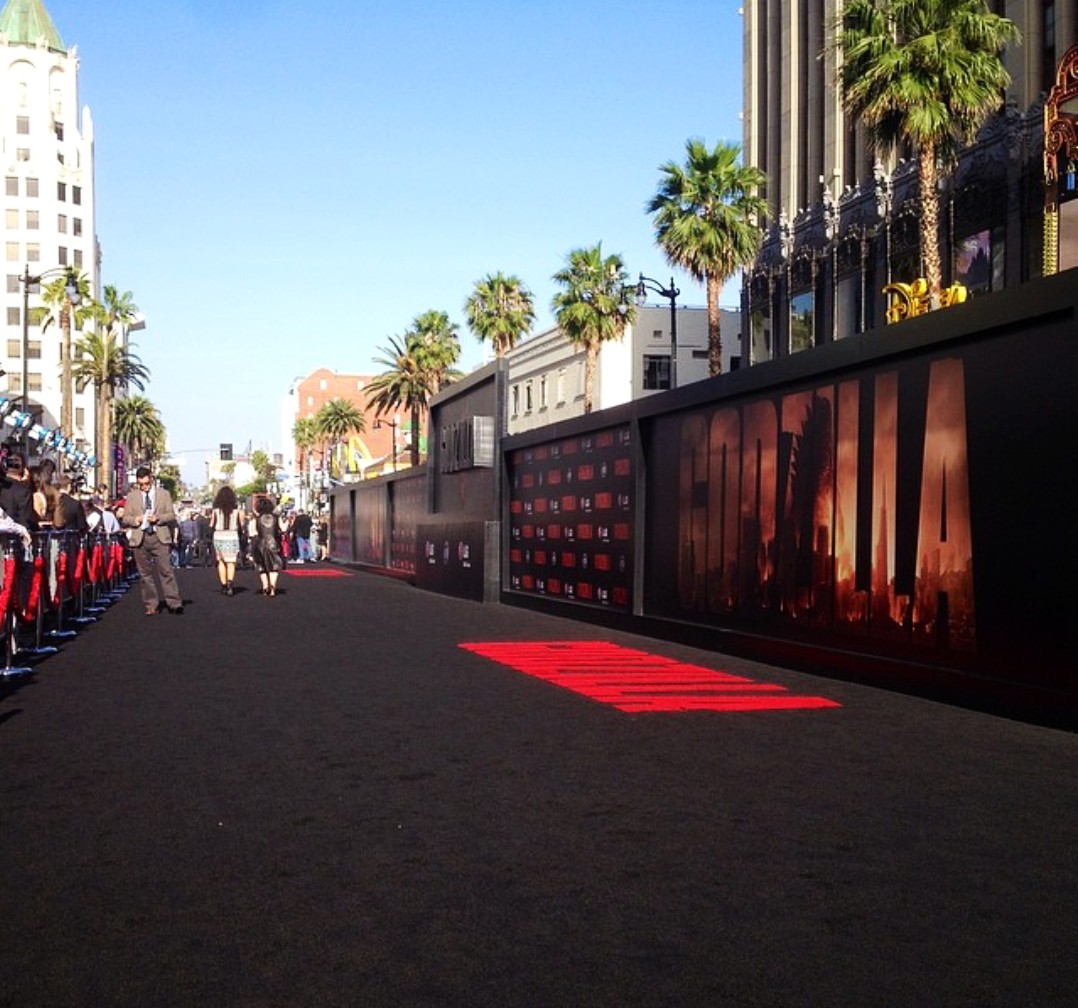 “A terrifying monster sweeps through civilization causing havoc and destruction, threatening the very existence of humanity.  Godzilla (the creature) is regarded as the king of all monsters and in some way represents nature’s destructive restoration of balance against mankind.  As Godzilla begins to wipe the slate clean (humanity) struggles begin, sagas develop and an understanding of the power of natural forces are recognized.”

It has been about one year since a block buster set up a wonderland after party in the parking lot South of Hollywood Blvd.  Usually an expensive and fantasy style production for a “sci-fi” type film.  Warner Brothers and Legendary Pictures spared no expense or creativity.  A constructed statue of Godzilla rising nearly 22 feet stood in the center of the after party.  Most of the cast and crew attended with the exception of Bryan Cranston (Breaking Bad).  We suspect this modern remake of the classic will continue to draw followers. 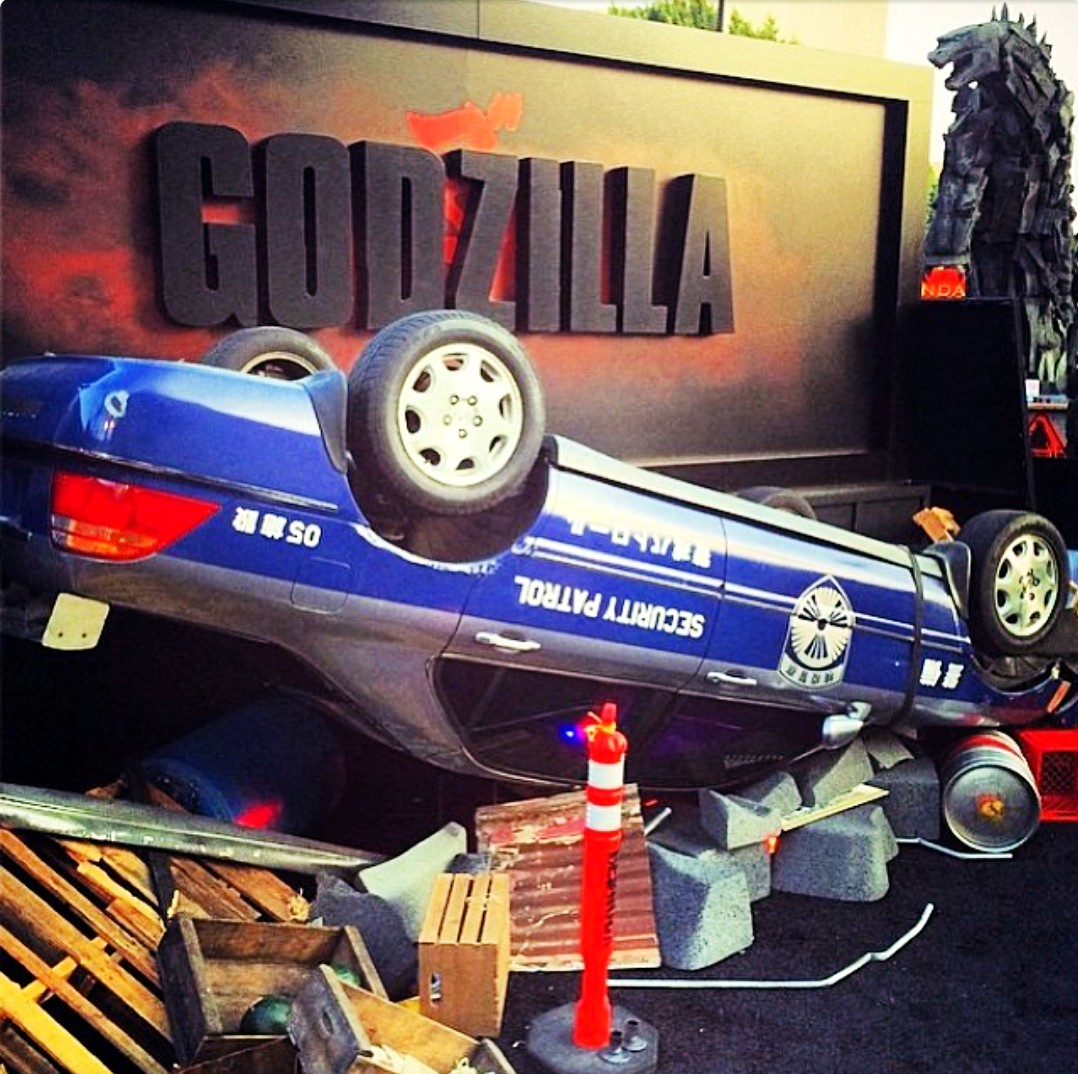 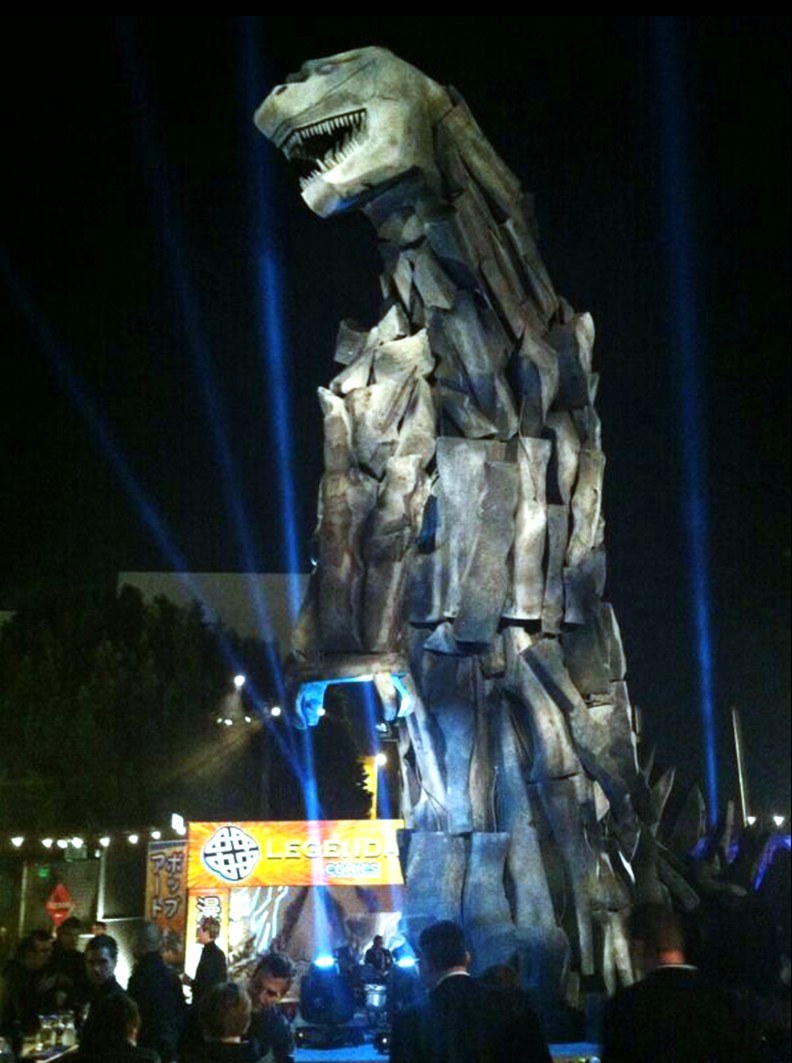 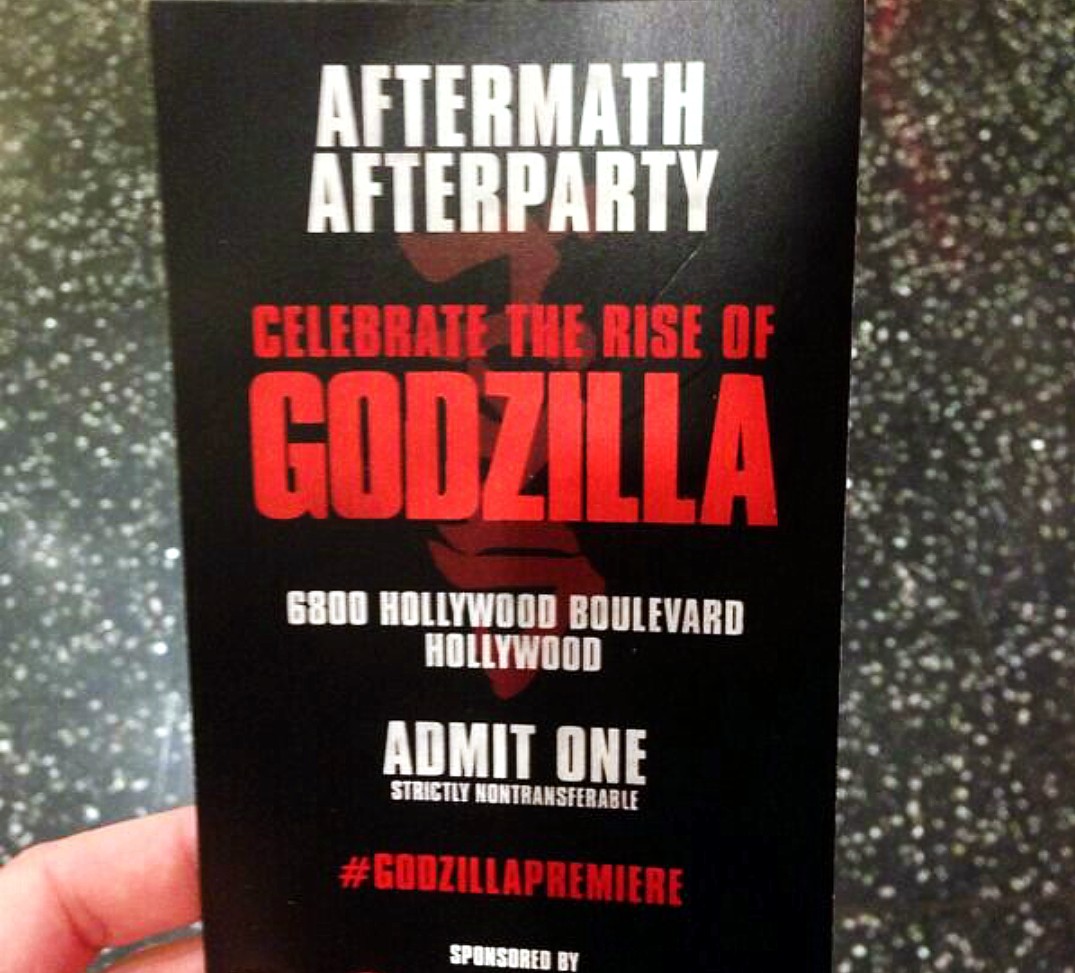 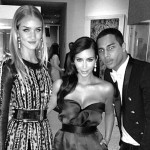