Domingo Zapata is a Spanish-American artist born in Palma de Mallorca, Spain on December 22nd, 1974. Currently, Zapata maintains studios at the historic Bowery Hotel in New York City, the 16e arrondissement in Paris, as well as Miami’s hottest new playground for international taste makers: the Design District. In these private ateliers, he produces figurative and abstract expressionist paintings. He paints in both oil and acrylics, often incorporating mixed media, collage, and graffiti. 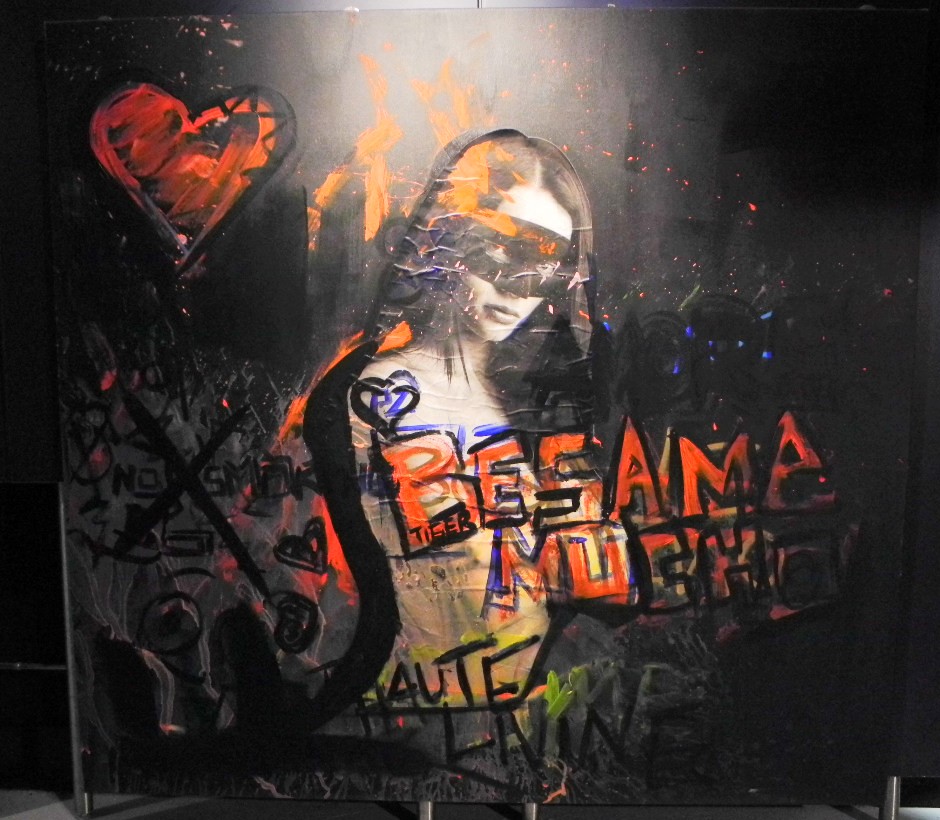 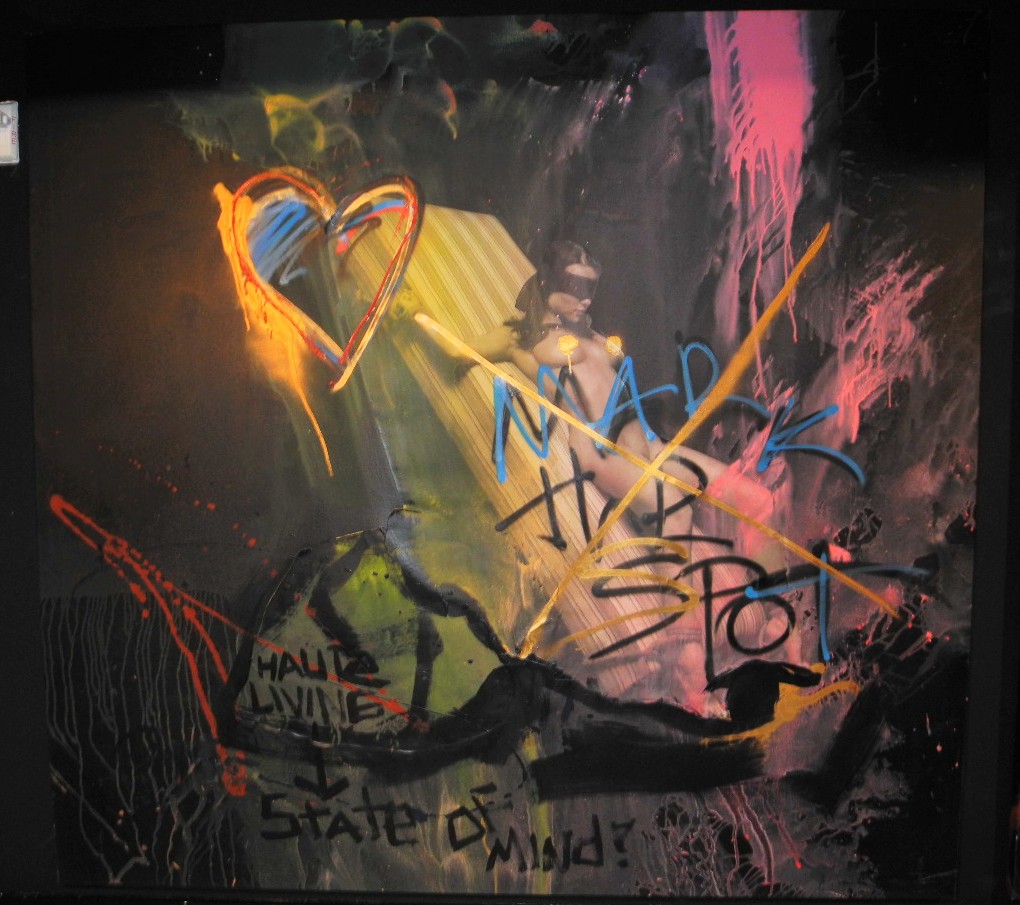 Zapata is currently represented by HUS Gallery and over the course of his career has collaborated with various galleries worldwide including Marlborough Gallery, Parisud and Carmen de la Guerra. In the past year alone, the World Bank, The Chateau Marmont, and the Cipriani Group have all celebrated his achievements with ongoing shows across the globe.

Zapata’s many and varied life experiences inspire and invigorate his work. Despite distinguished success in the music industry as well as business world, he has chosen to set aside these careers and focus entirely on his passion for painting. For over 20 years Zapata has built a body of work which varies significantly in motif, though consistently explores themes of sexuality, opulence, and vitality in his signature style. In this distinctive hand, Zapata layers fantasy and reality, luring the viewer into his potent, cosmically beautiful world. Known for his signature “Polo” series, which first gained him critical acclaim, more recent work focuses on themes including his native Spanish culture and American Pop icons. He often draws on his experiences as a songwriter (Zapata co-wrote lyrics for Los Del Rio’s new top Bill Board hit “The Macarena Song,” Michael Jackson and Jon Secada), and exposes his deeply poetic imagination by incorporating text and visual cues into many of his works. In this way, his images coax the viewer into his realm where fact and fiction persist simultaneously, fortifying each others beauty, depth, and meaning. 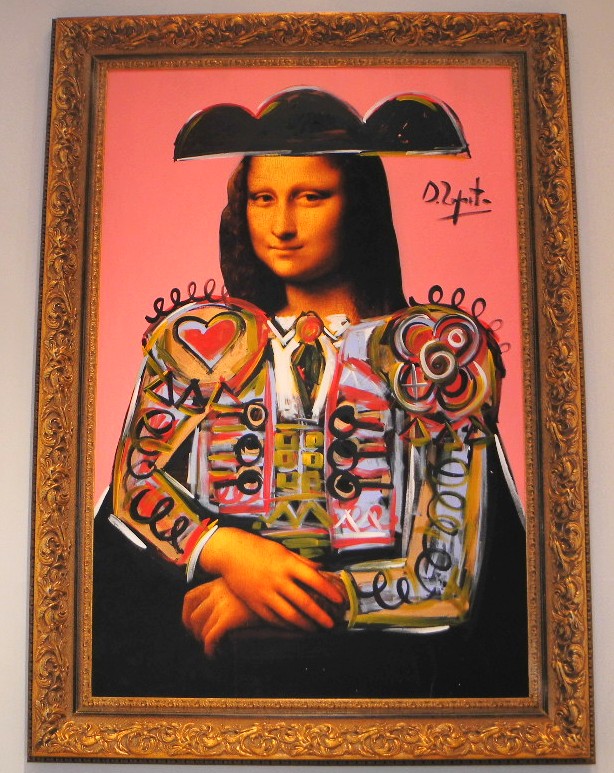 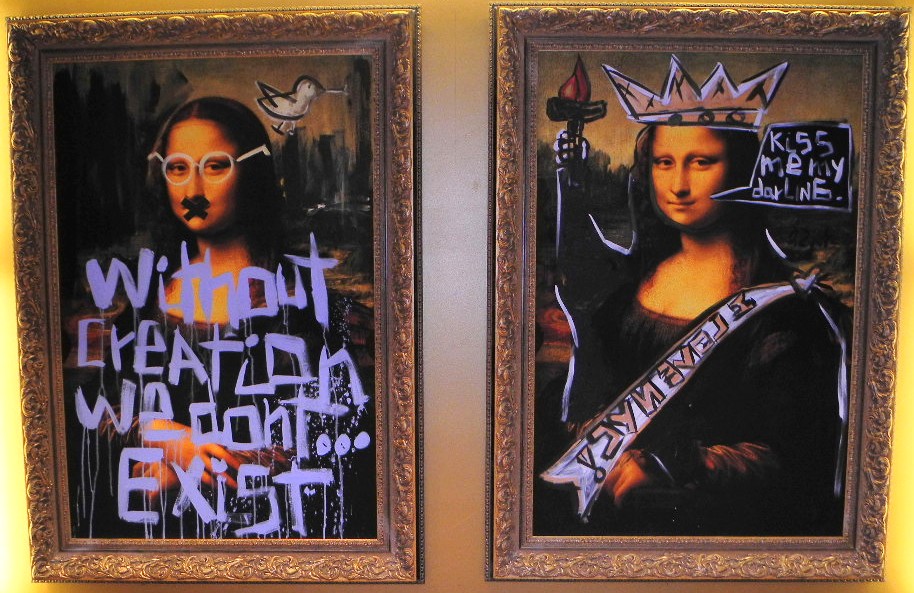 Domingo Zapata attended Regents College in London from 1993-1997 and American University in Washington D.C. Here, he pursued various facets of art education both in the classroom and in the studio. He specialized in the study of contemporary art as well as the practice of acrylic painting and pastel drawing. Although he has considered himself an artist since childhood, it was during these years as a student when he cultivated a sincerely captivating style that has since attracted many of the world’s most prestigious collectors, from George Soros, to Johnny Depp, from the Neuberger Berman Group to the royal families of Europe and abroad. 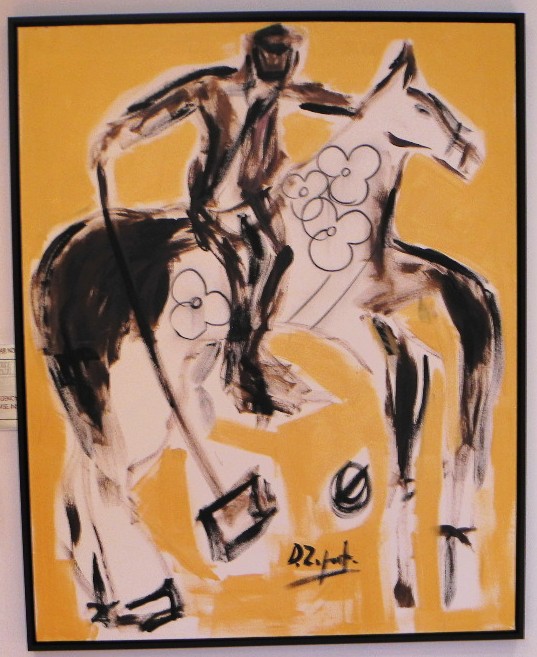 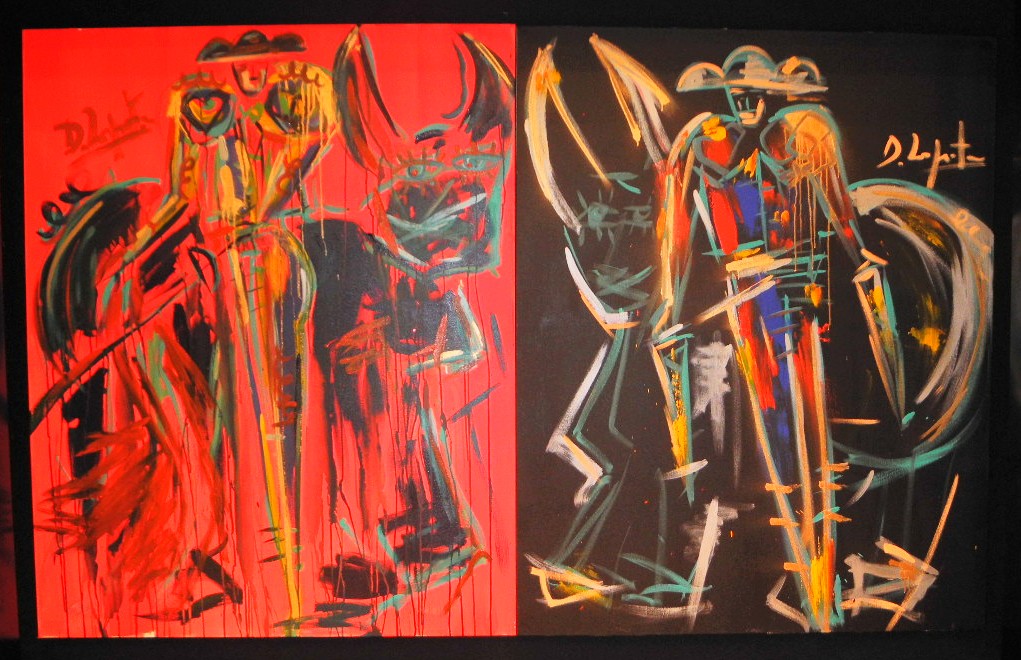 This September HUS Gallery presented a whimsical collection of the artist’s work with an exhibition and series of private events at the enchanting Palazzo Da Muro Morosini in Venice during the 69th Annual Venice Film Festival. This achievement swiftly followed a July 2012 auction and celebration of the artists work with the Joffrey Ballet School; an entirely unique event during which Zapata showcased himself painting amidst a performance by world renowned Cirque du Soleil troupe. In May, Vikram Chatwal presented Zapata’s dynamic “Life is a Dream” exhibition at the VG Gallery at the Dream Downtown where he now maintains a permanent installation. Also within this year, Zapata contributed an awe-inspiring mural to the Wynwood Walls, Miami’s epicenter for cutting edge museum quality contemporary murals since 2009. 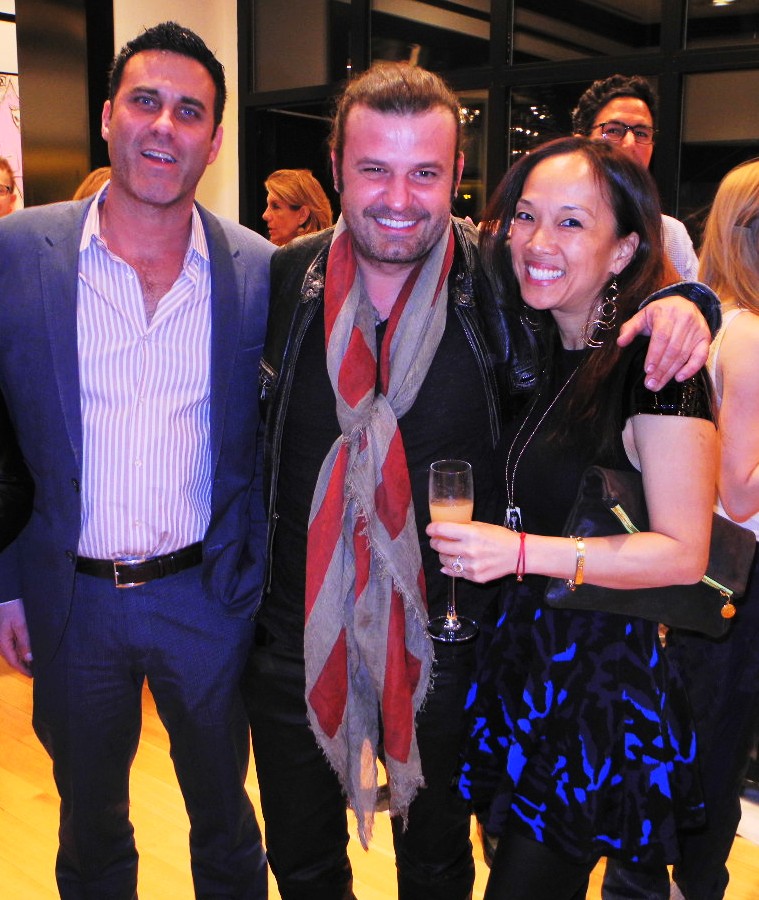 At last year’s Art Basel Miami, Zapata’s site specific work, Dangerous Things presented at the Delano Hotel attracted over 1,000 guests on it’s opening night. The art world buzz generated by that display has led Zapata to expand the scope and breadth of his projects for Basel this year.  For 2012 the artist’s work will be the subject of three simultaneous presentations in Miami. That week, the W Hotel will unveil his most recent mural, a Zapata format now in international demand by both corporate and private curators and designers. The piece will feature permanently in the W lobby leading to the entrance of the hotel’s popular nightclub, The Wall. Additionally, the James Hotel Miami Beach will exhibit the artist’s recent sculptural work at an A-list event on December 7th. Finally, HUS Gallery will stage an ongoing studio exhibition in Zapata’s Design District atelier which will showcase a new, highly collectable theme in the Zapata oeuvre: the flag. 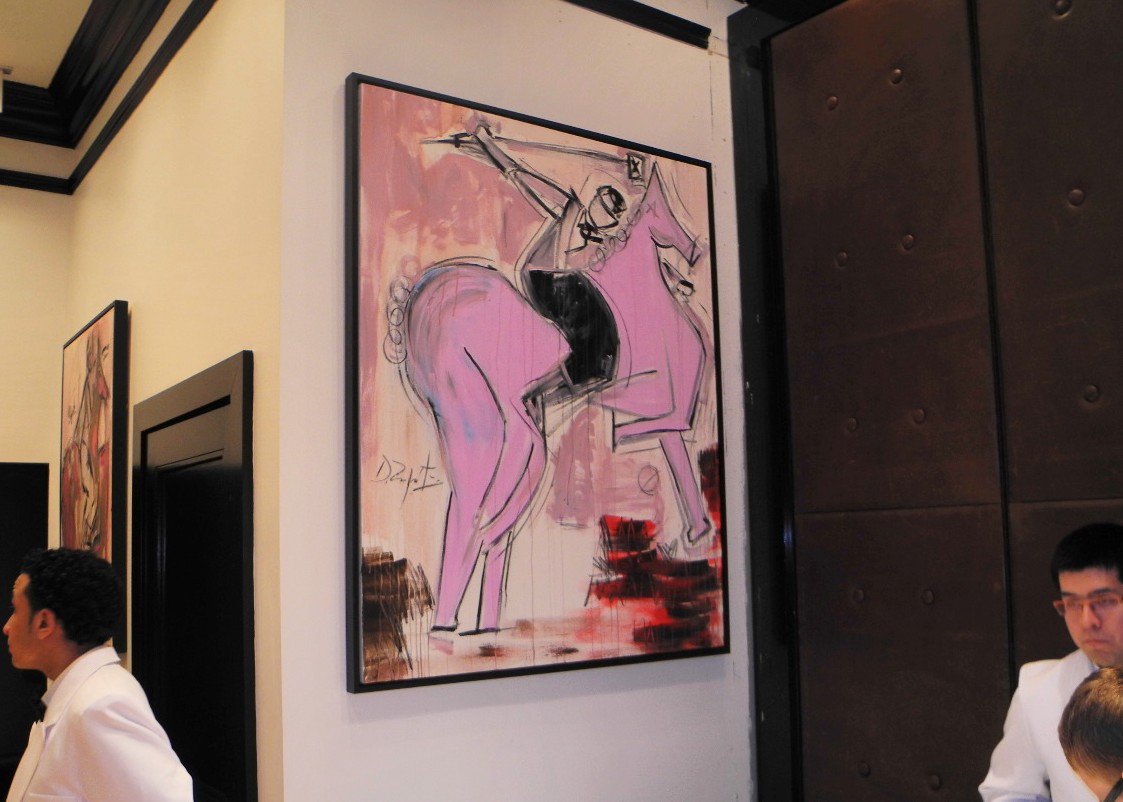 Beyond Basel, the future continues to promise illustrious milestones for Zapata as he prepares a poignant, commemorative work for the lobby of Freedom Tower in Manhattan. The piece will be unveiled as part of the building’s opening ceremony and remain on permanent display. Additional commissions include a panel for the newly restored Colosseum in Rome as well as the lobby of the landmark Plaza Hotel in New York. Also in 2013, the Astrup Fearnley Museum, Norway will introduce Zapata into their permanent collection and he will share an exceptional new series during the Venice Biennale 2013. On Wednesday, October 24th, the New York Observer presents Zapata’s never before seen collage work at the event space below his breathtaking studio at the Bowery Hotel in New York City.

Images from the opening reception continued: 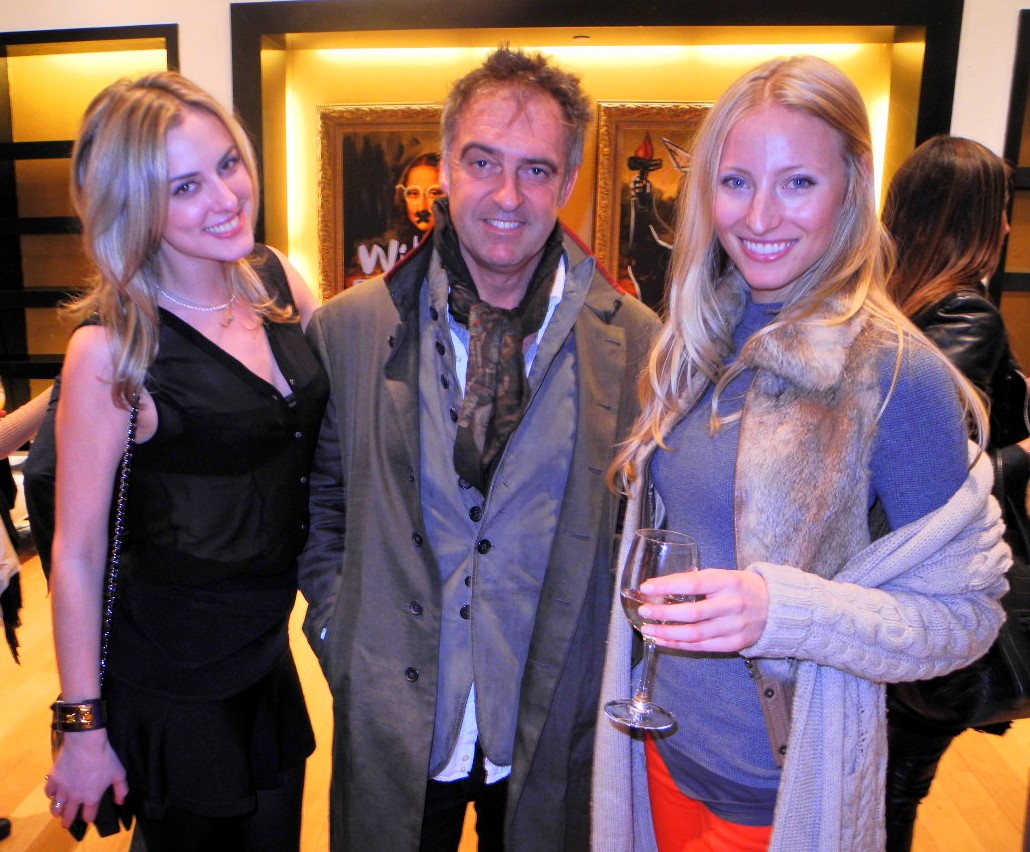 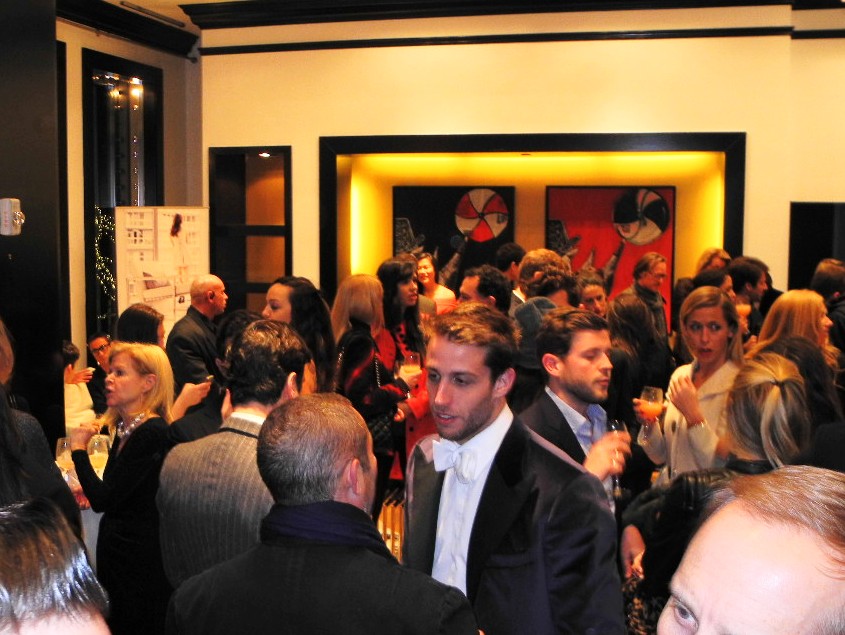 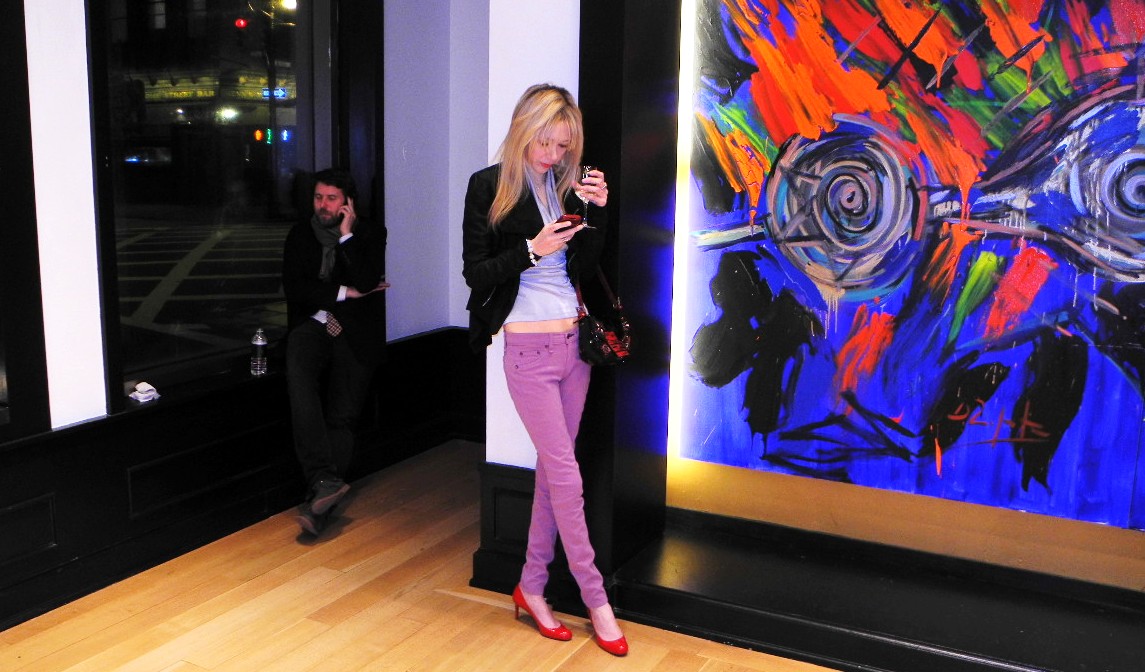 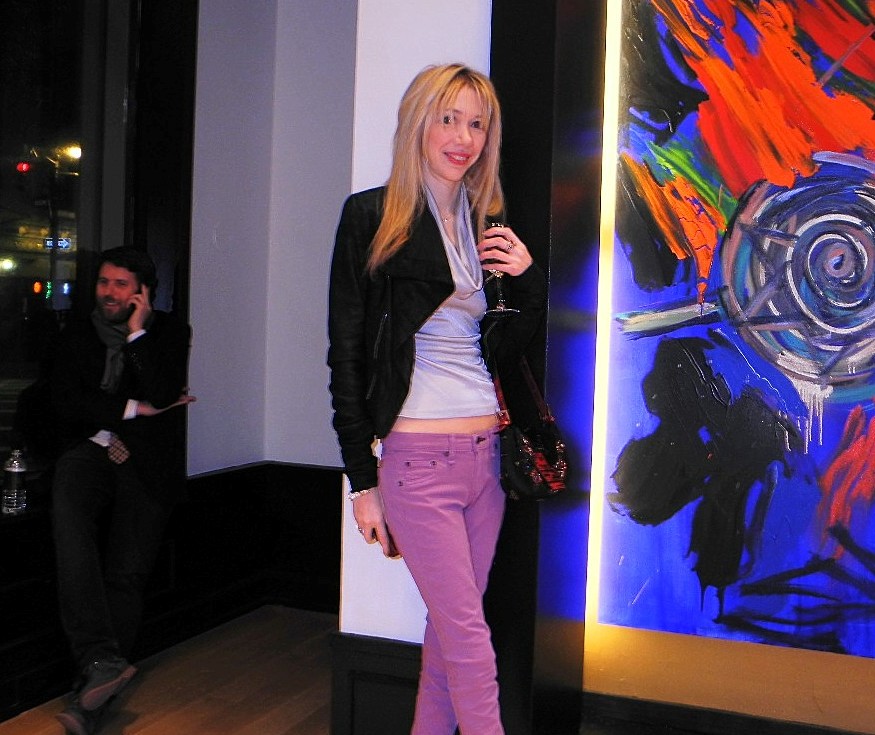 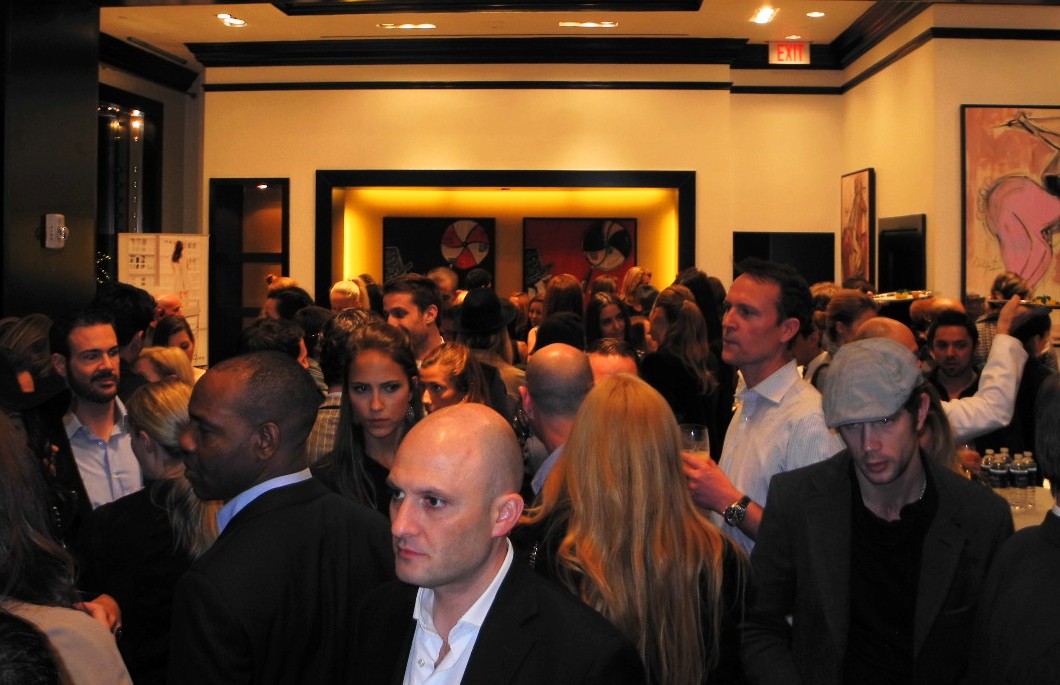 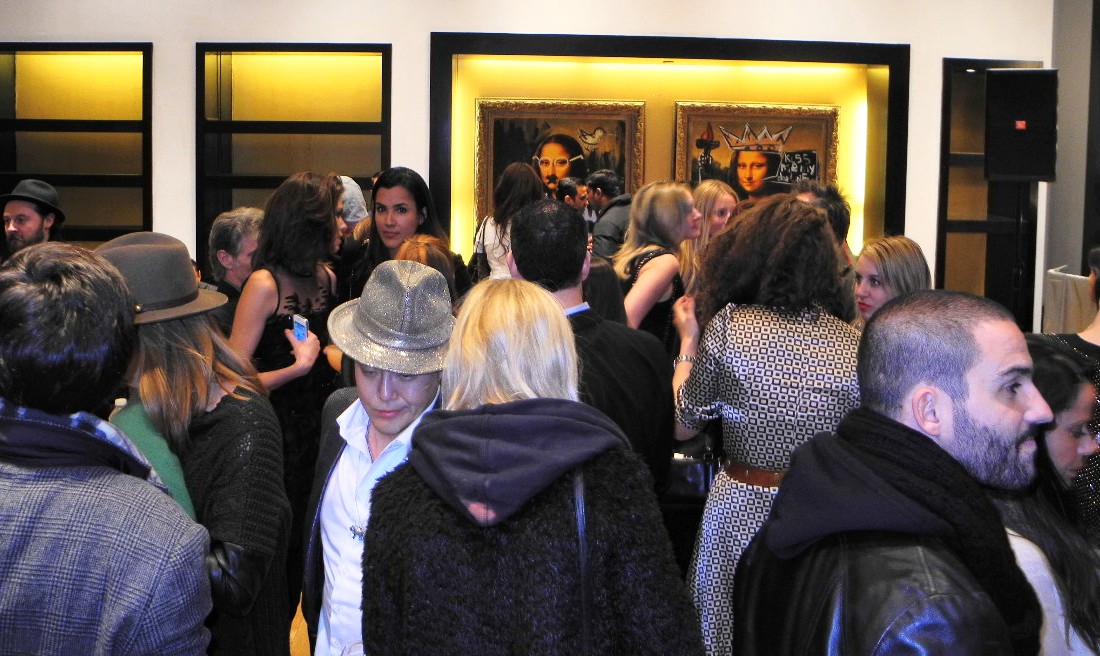 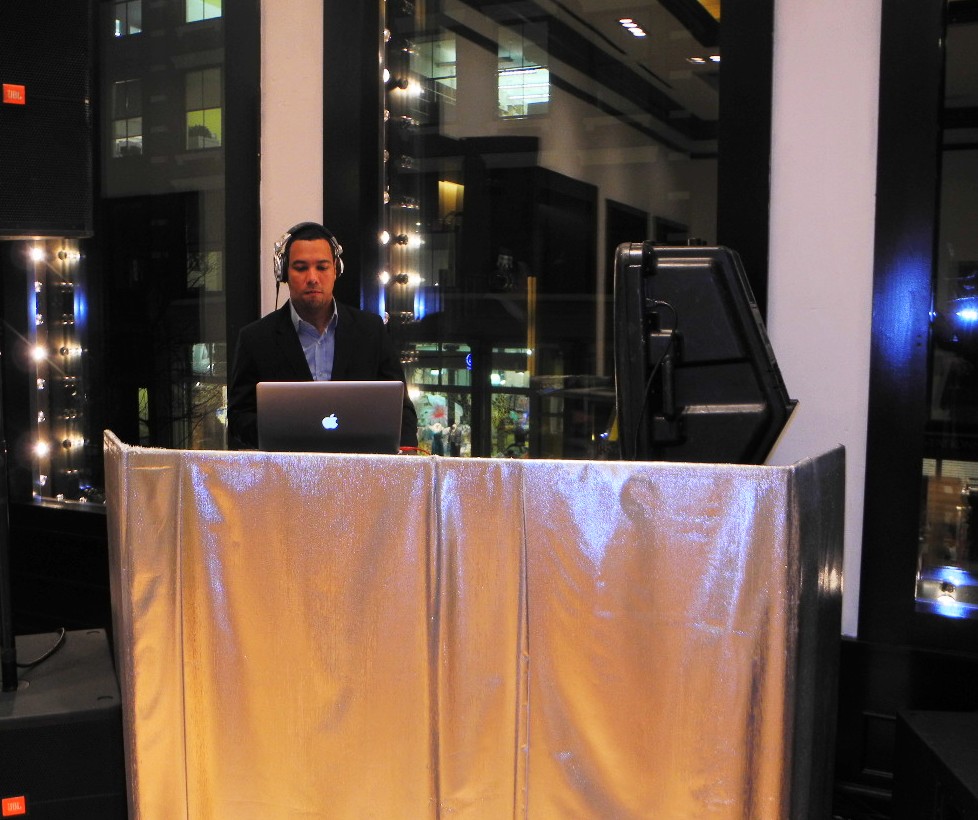 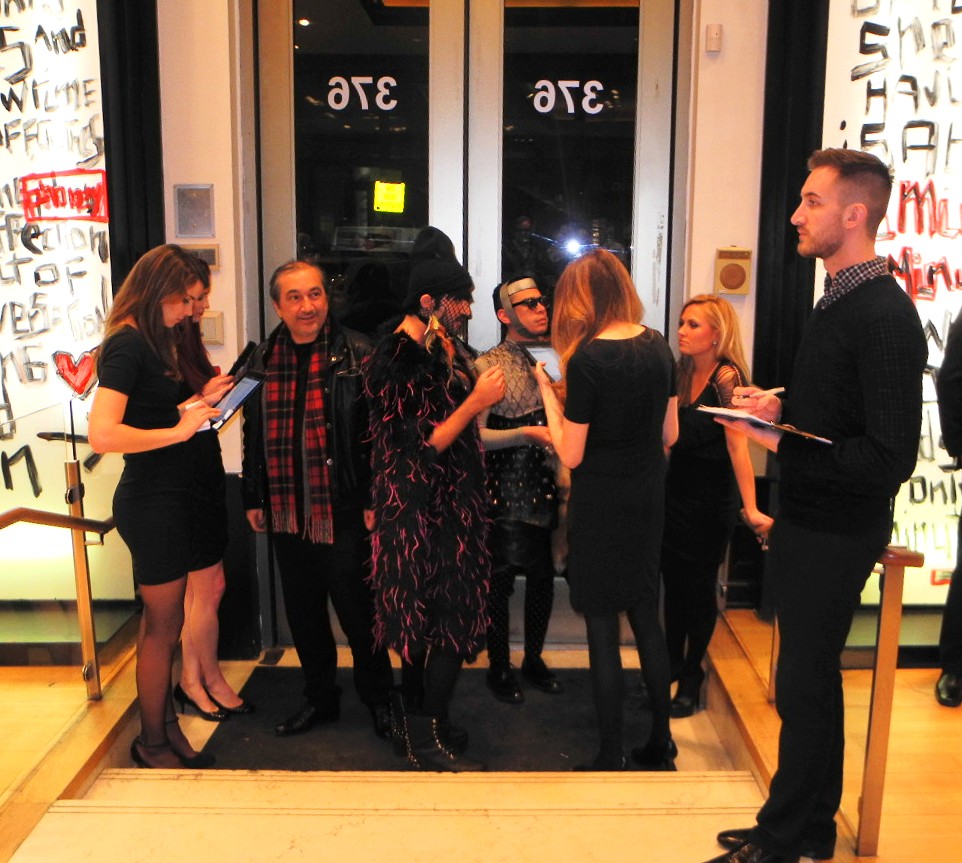 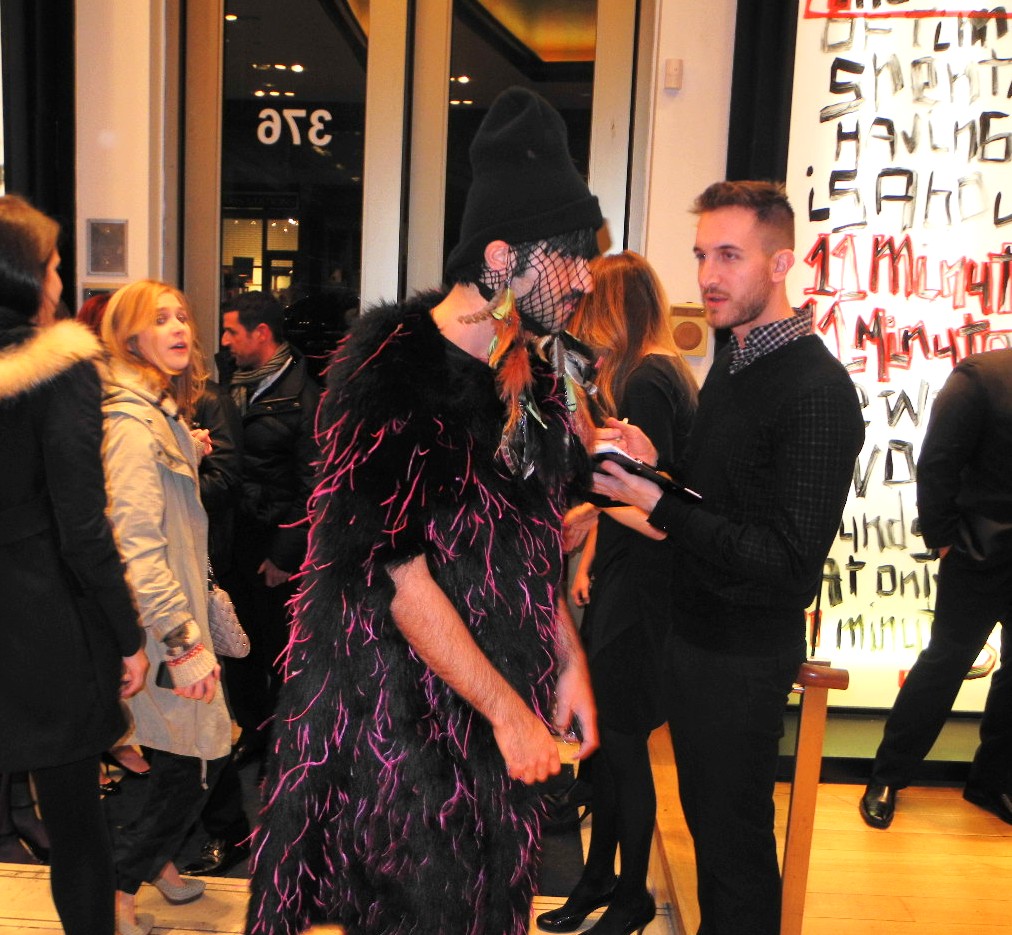 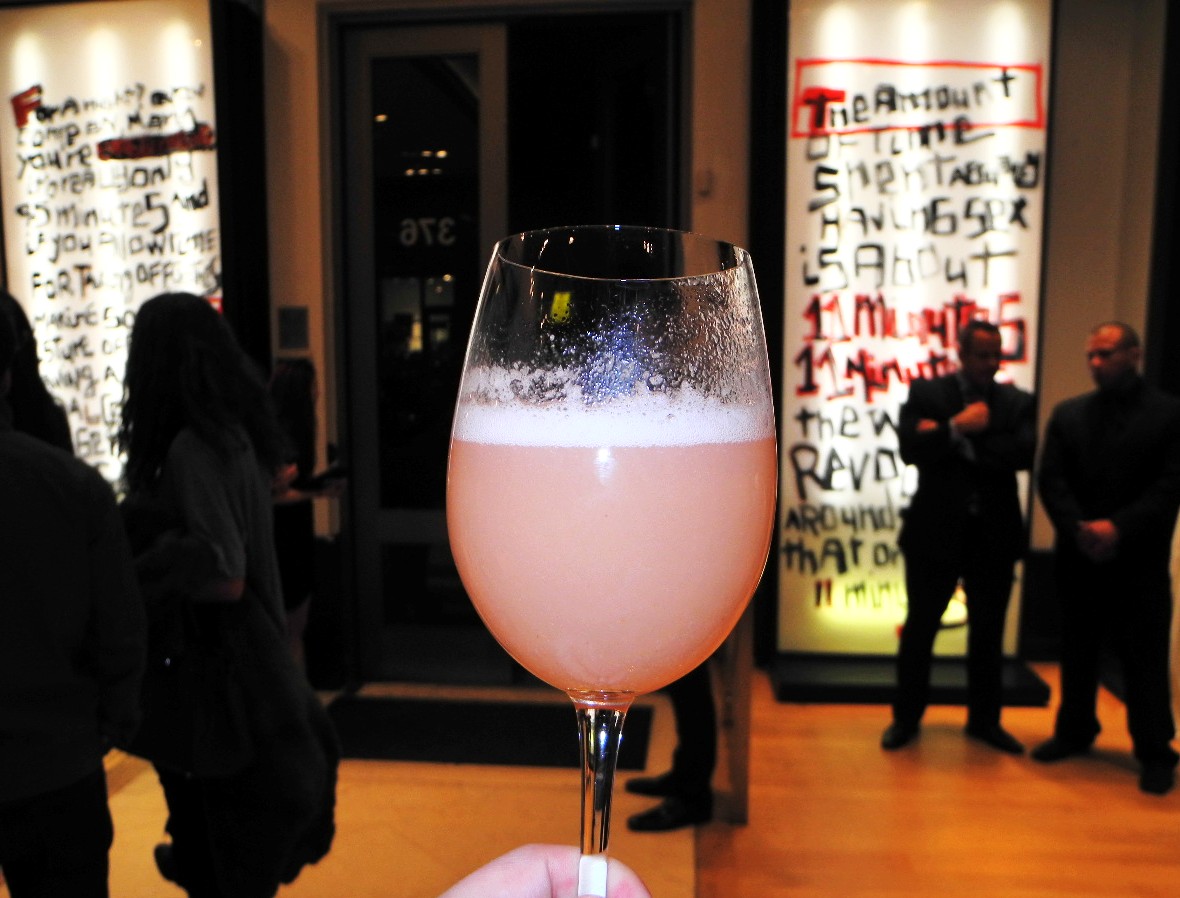 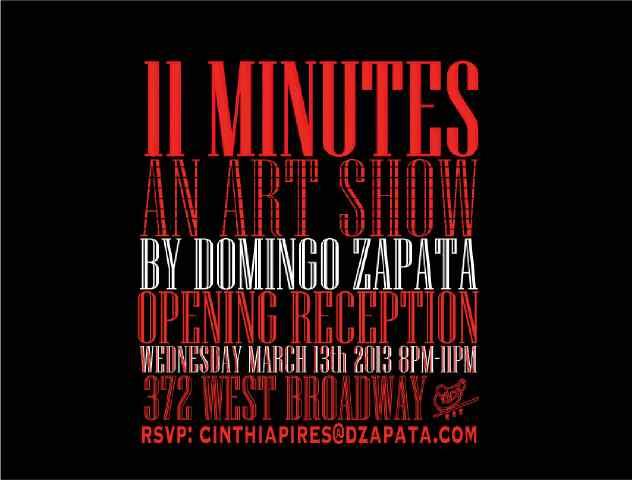 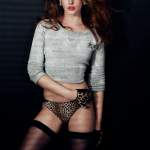 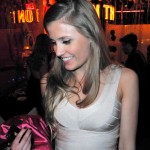