Journey of a Dress, depending on the woman, it could be one incredible journey indeed.  (Wikipedia) Diane Simone Michelle Halfin was born in Brussels, Belgium to Jewishparents. Her father was Romanian-born Leon (Lipa) Halfin, who immigrated to Belgium from Chişinău (then Bessarabia province of Romania and now the capital of Moldova) in 1929.  Her mother was Greek-born Liliane Nahmias, a Holocaust survivor. Just 18 months before Diane was born, her mother was in the Auschwitz concentration camp.  Diane has spoken broadly about her mother’s influence in her life, crediting her for teaching her that “Fear is not an option.”  Diane later studied economics at the University of Geneva in Switzerland.  She then moved to Paris and worked as an assistant to fashion photographer’s agent, Albert Koski.  She left Paris for Italy to work as an apprentice to textile manufacturer Angelo Ferretti in his factory, where she learned about cut, color and fabric.  It was here that she designed and produced her first silk jersey dresses.  She initially rose to prominence when she married into the German princely House of Fürstenberg, as the wife of Prince Egon of Fürstenberg.  Following their divorce in 1972, she has continued to use his family name, although she is no longer entitled to use the title princess following her divorce and subsequent remarriage in 2001. 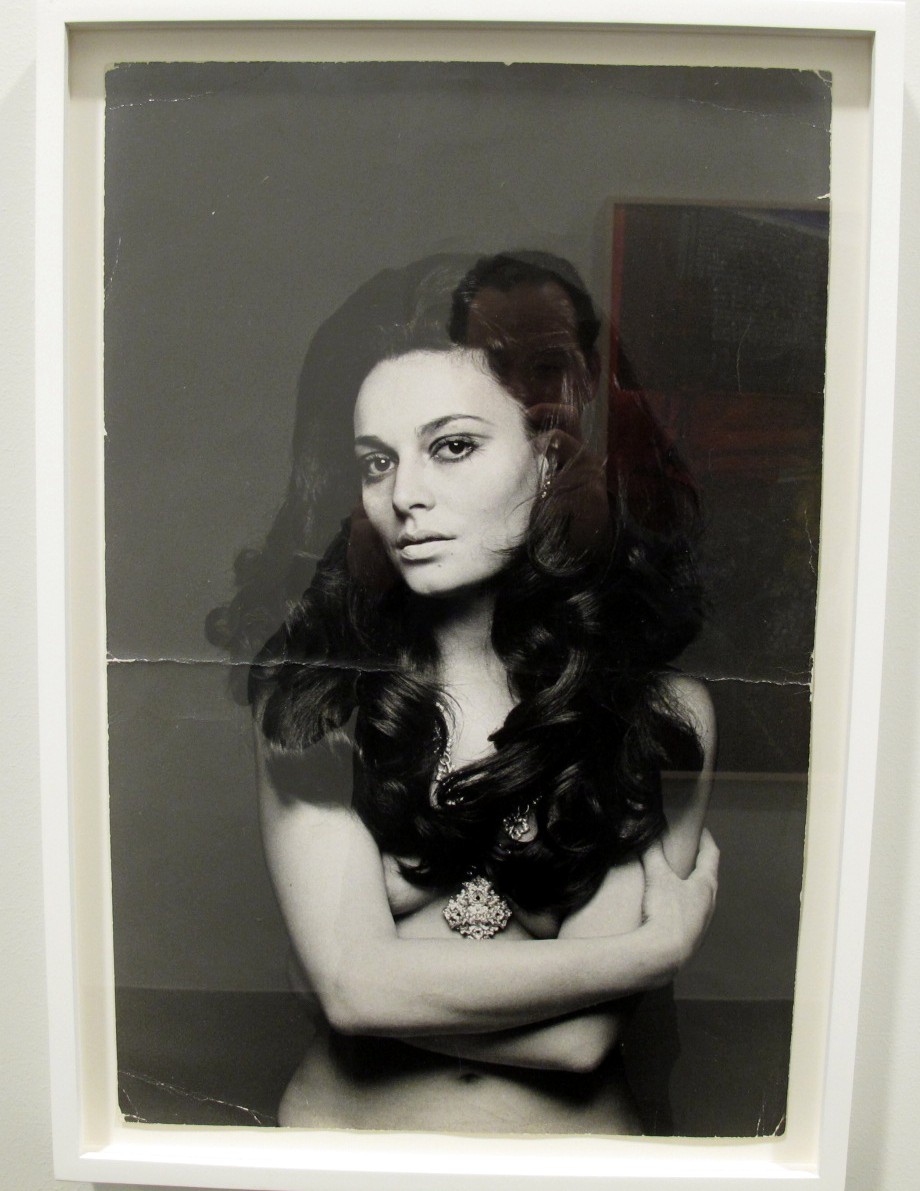 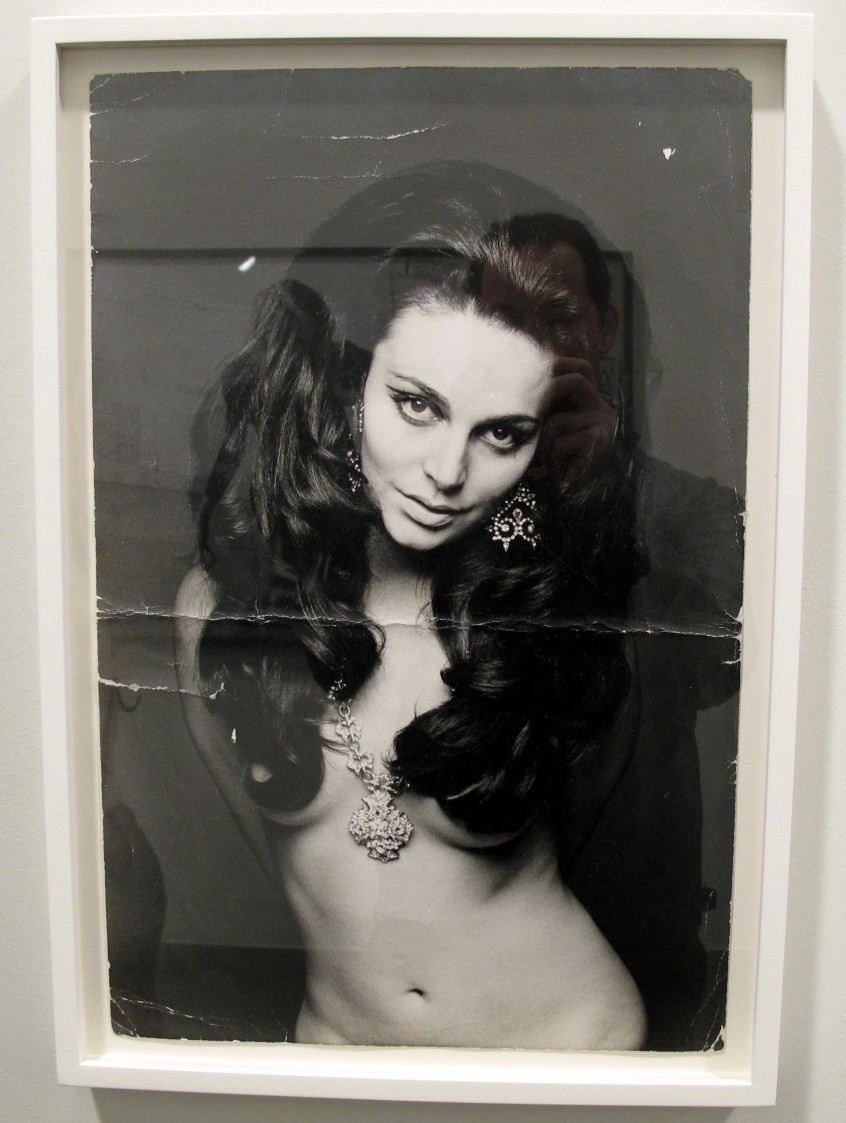 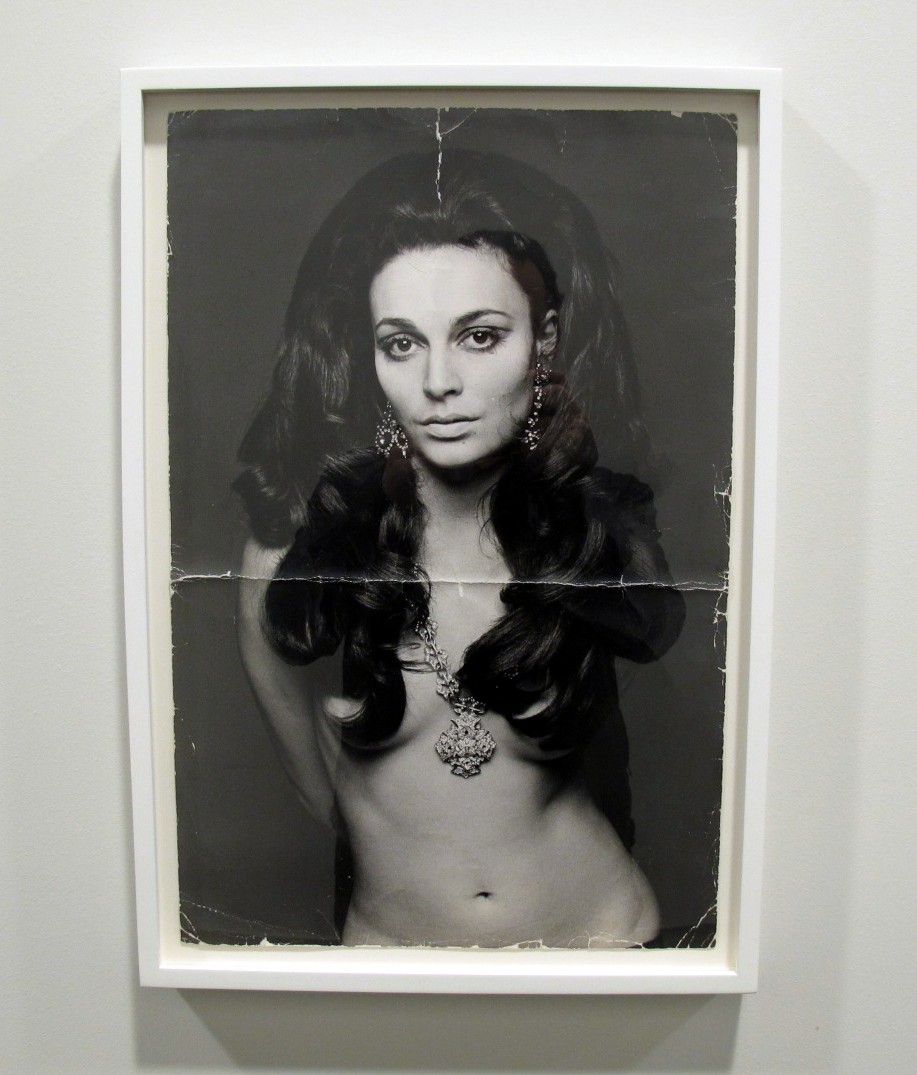 Part of the exhibit includes photos of a young Diane 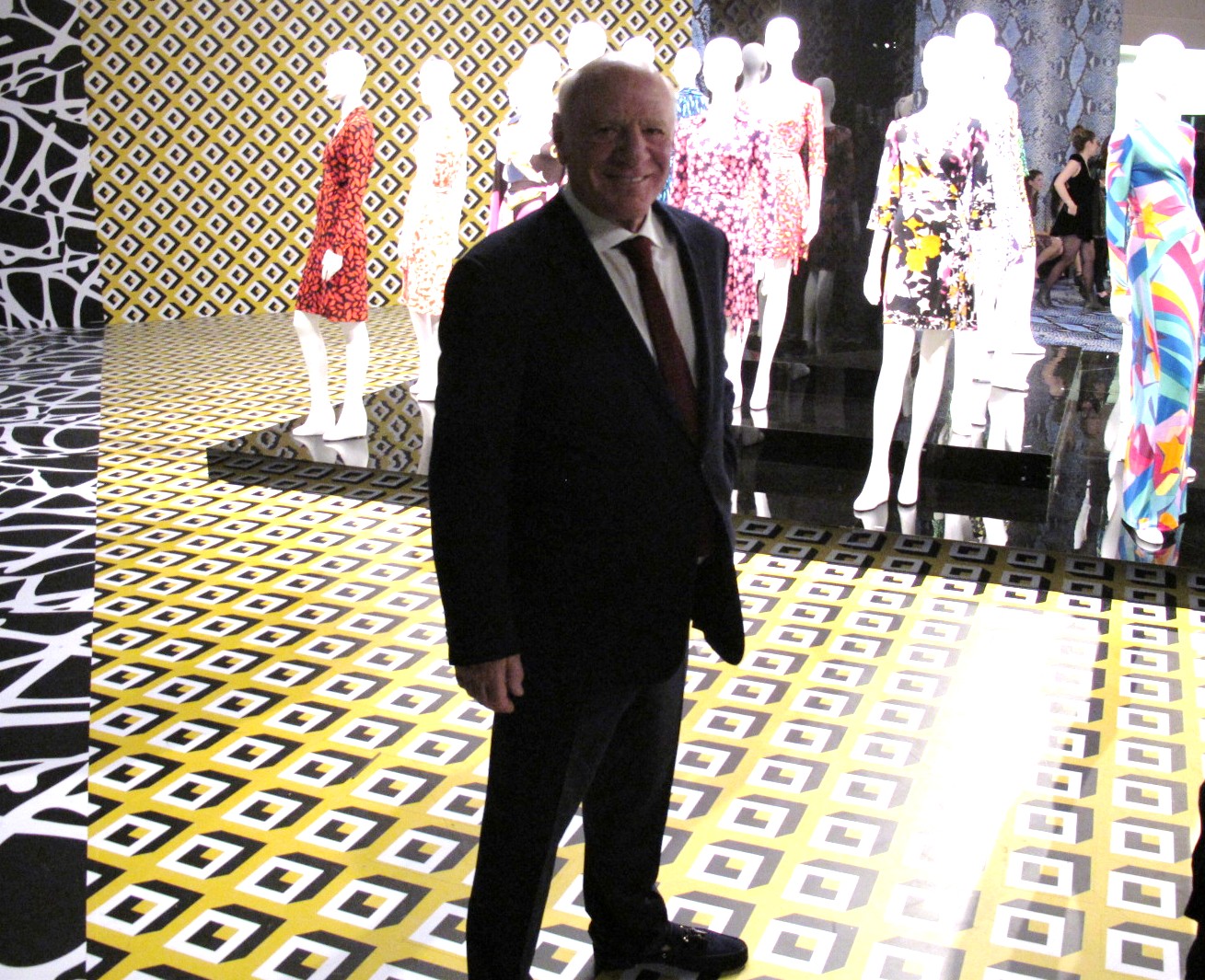 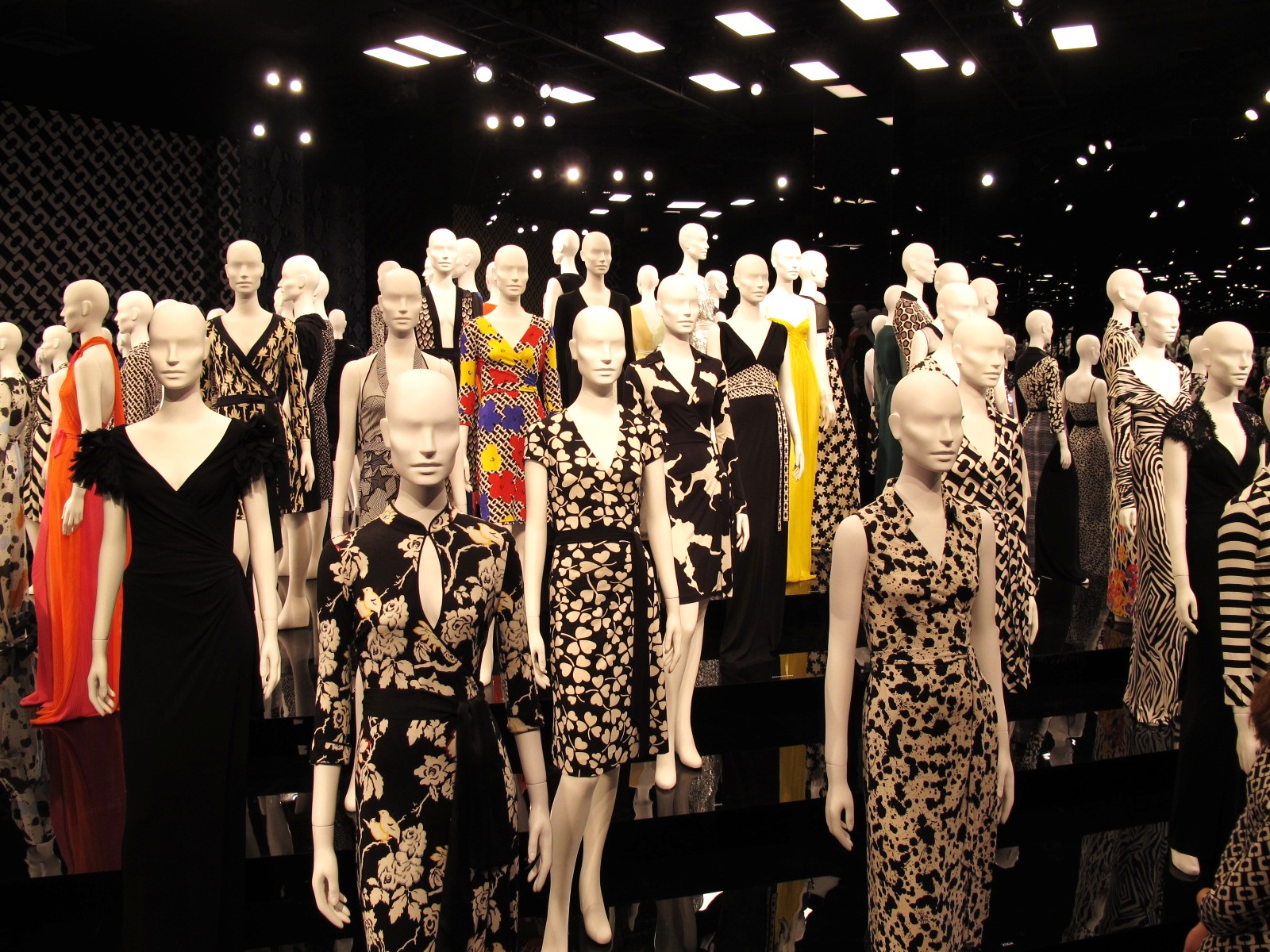 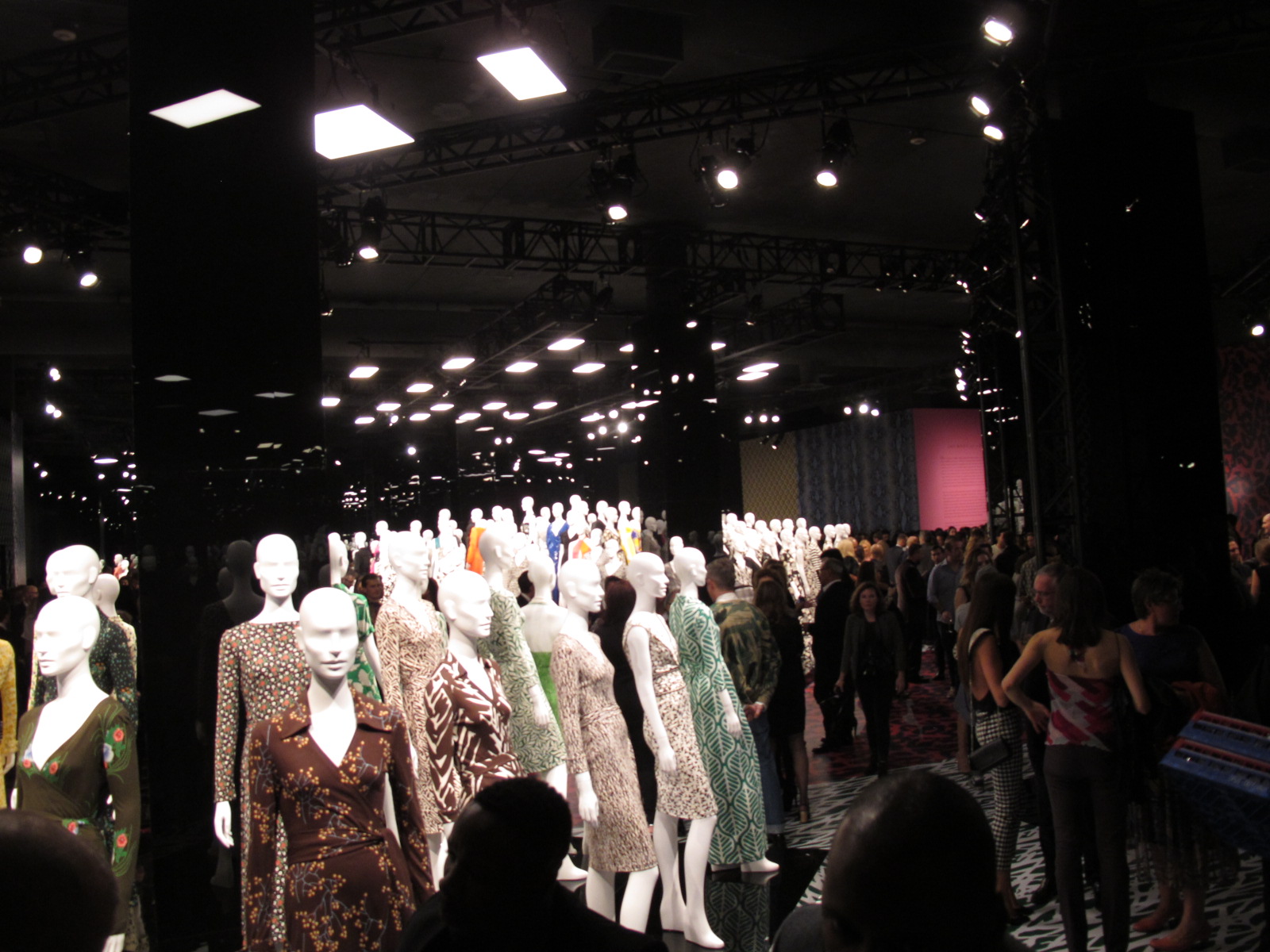 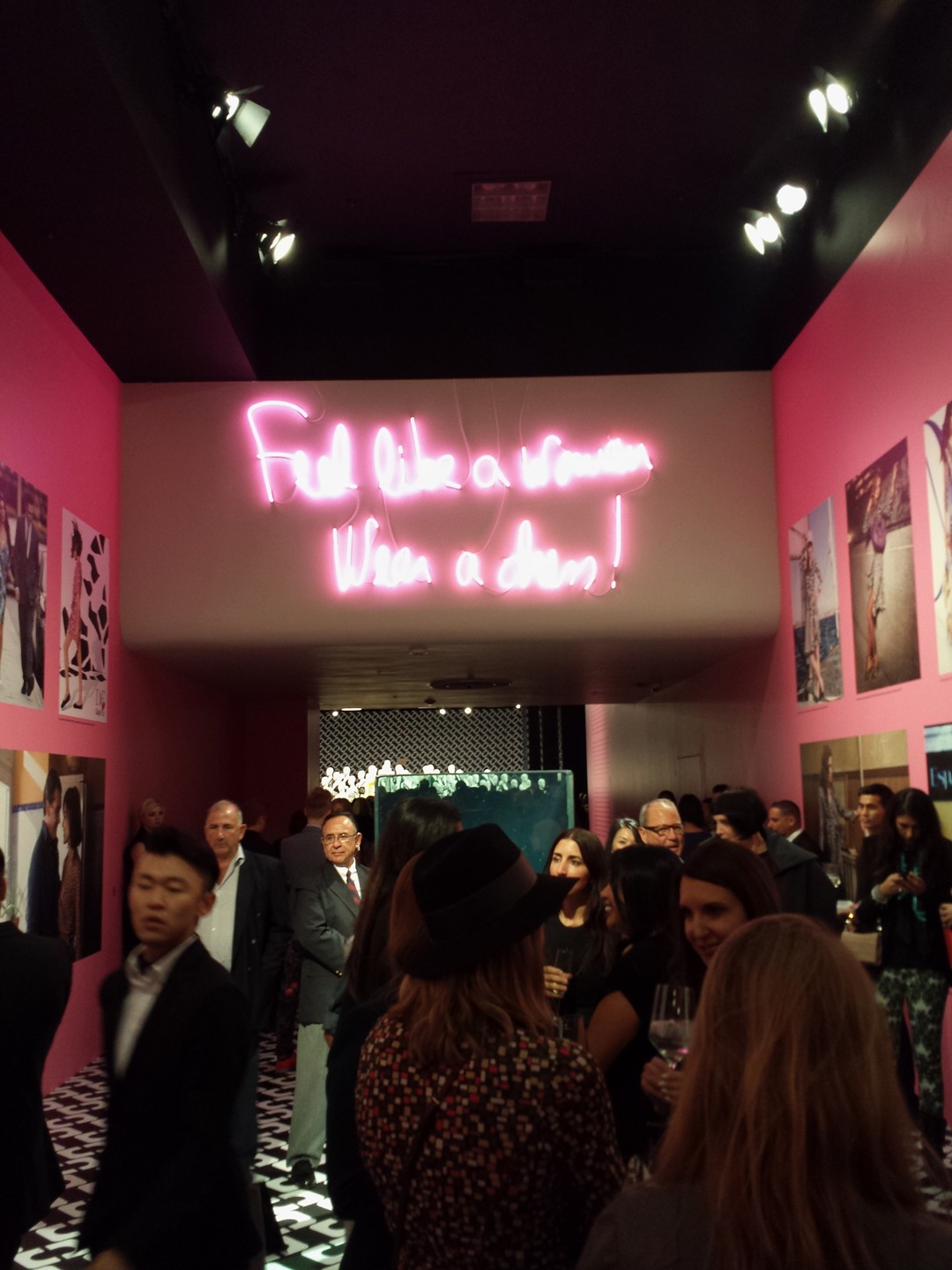 The selection of art included her iconic dresses as well as pop art with her images being portrayed.  Of course, being a celebration the evening included a party room decked out in DVF style which reflected iconic tones of Studio 54 in New York as well as several glittery disco balls.  Diane stayed quietly in the corner as Veuve Clicquot was passed around to guests.  Celebrating 40 year’s of the wrapped dress is quite an accomplishment and her fans as well as patrons adored every bit of art and fashion dedicated to her, combined, of the exhibit. 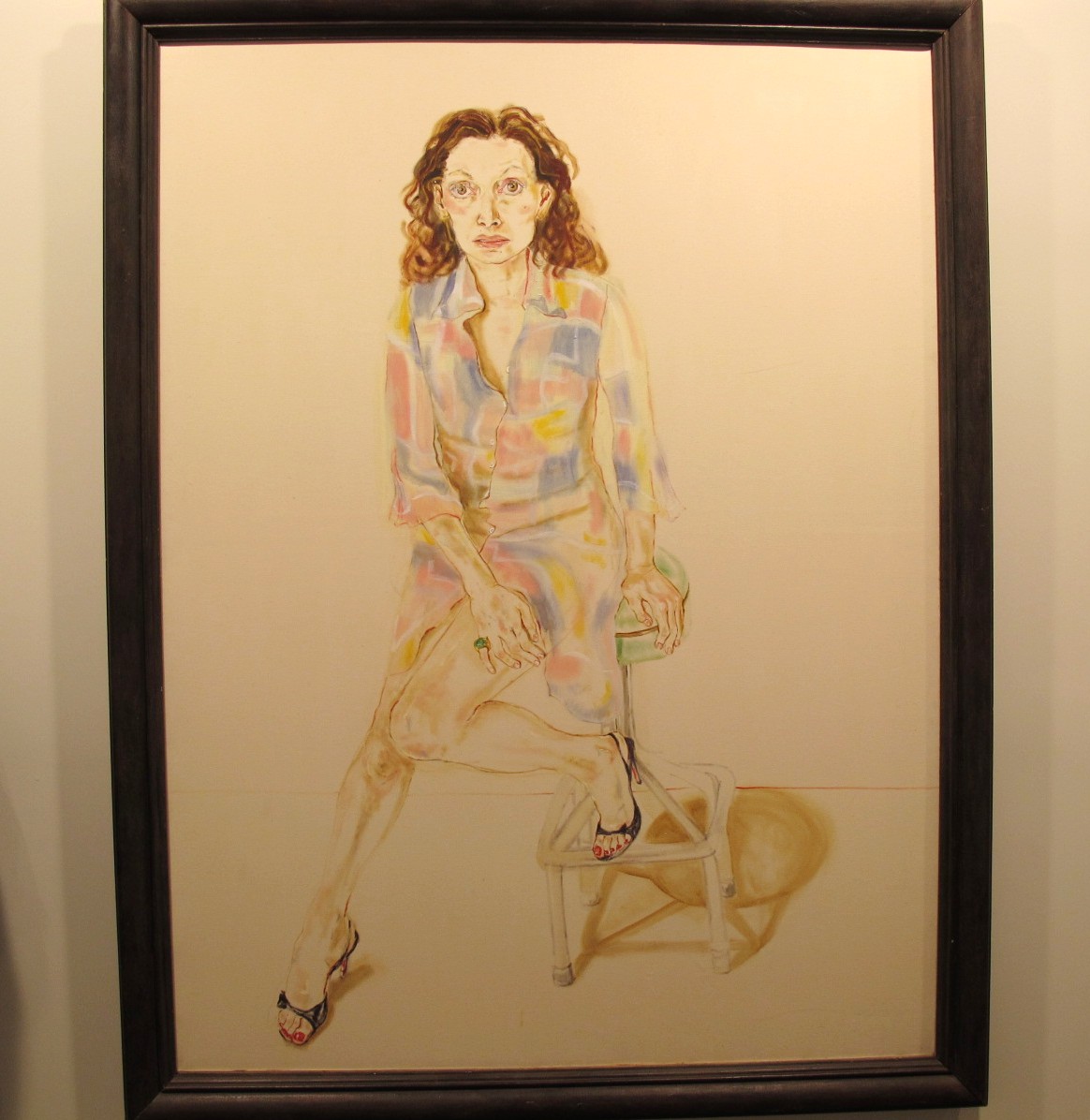 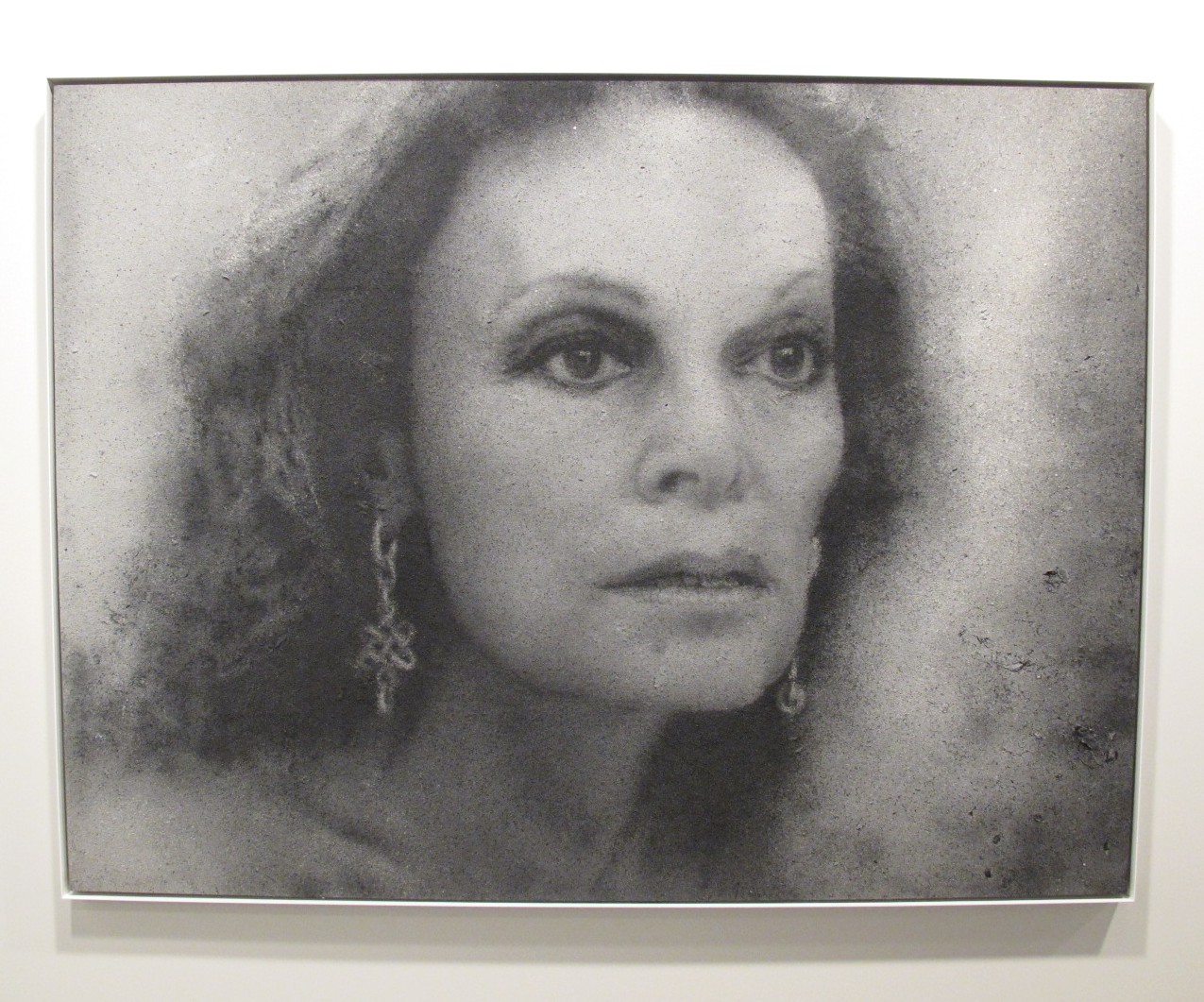 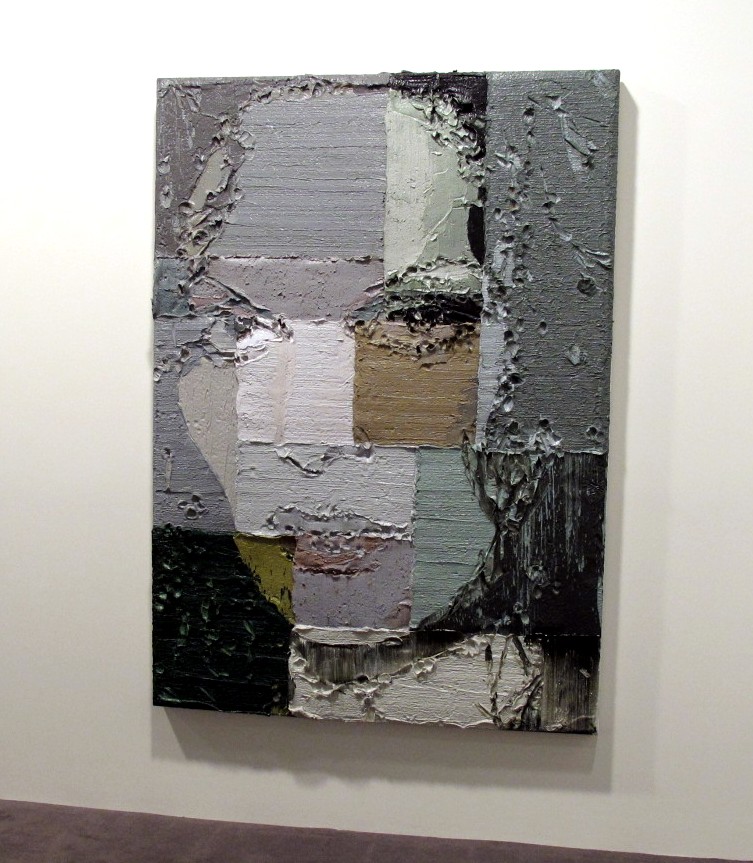 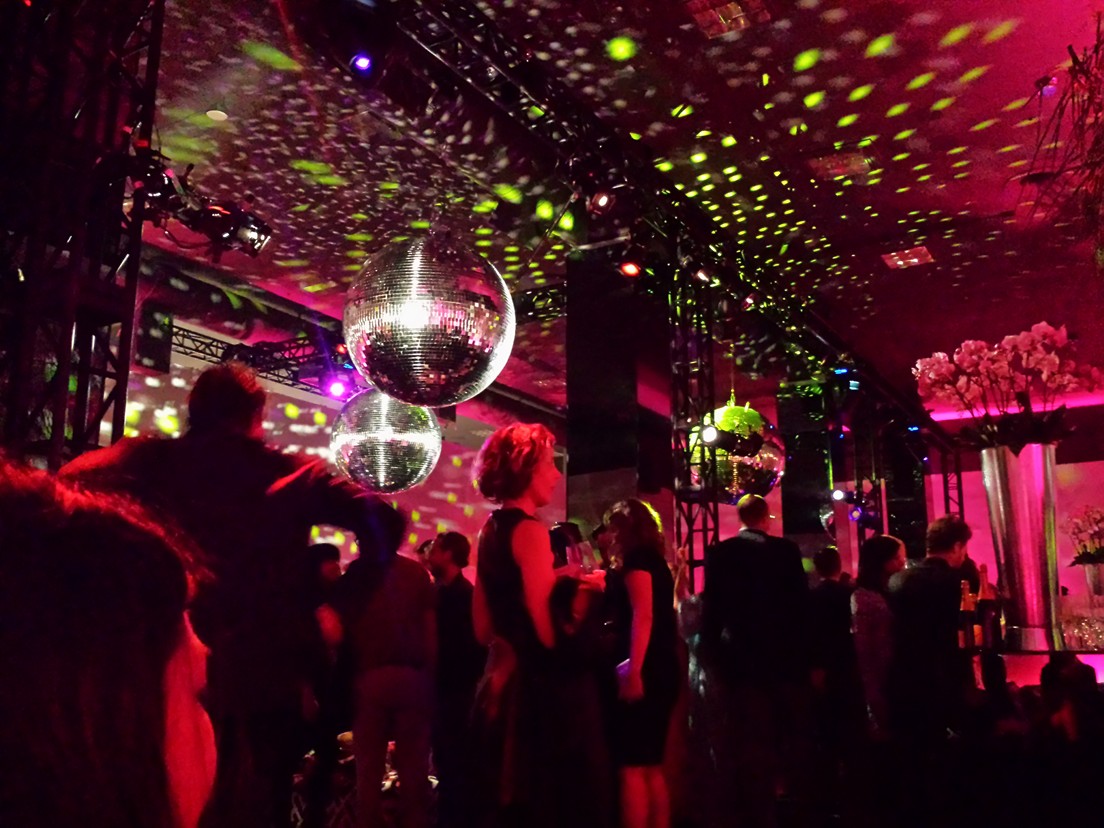 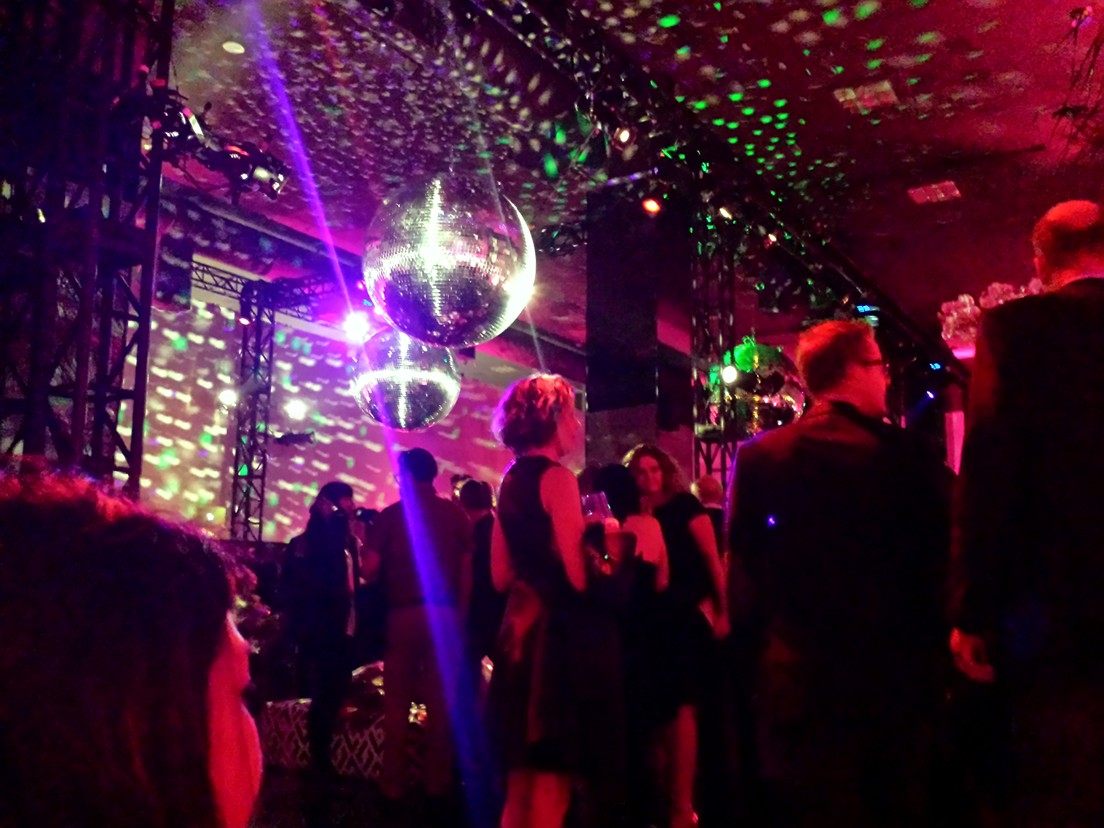 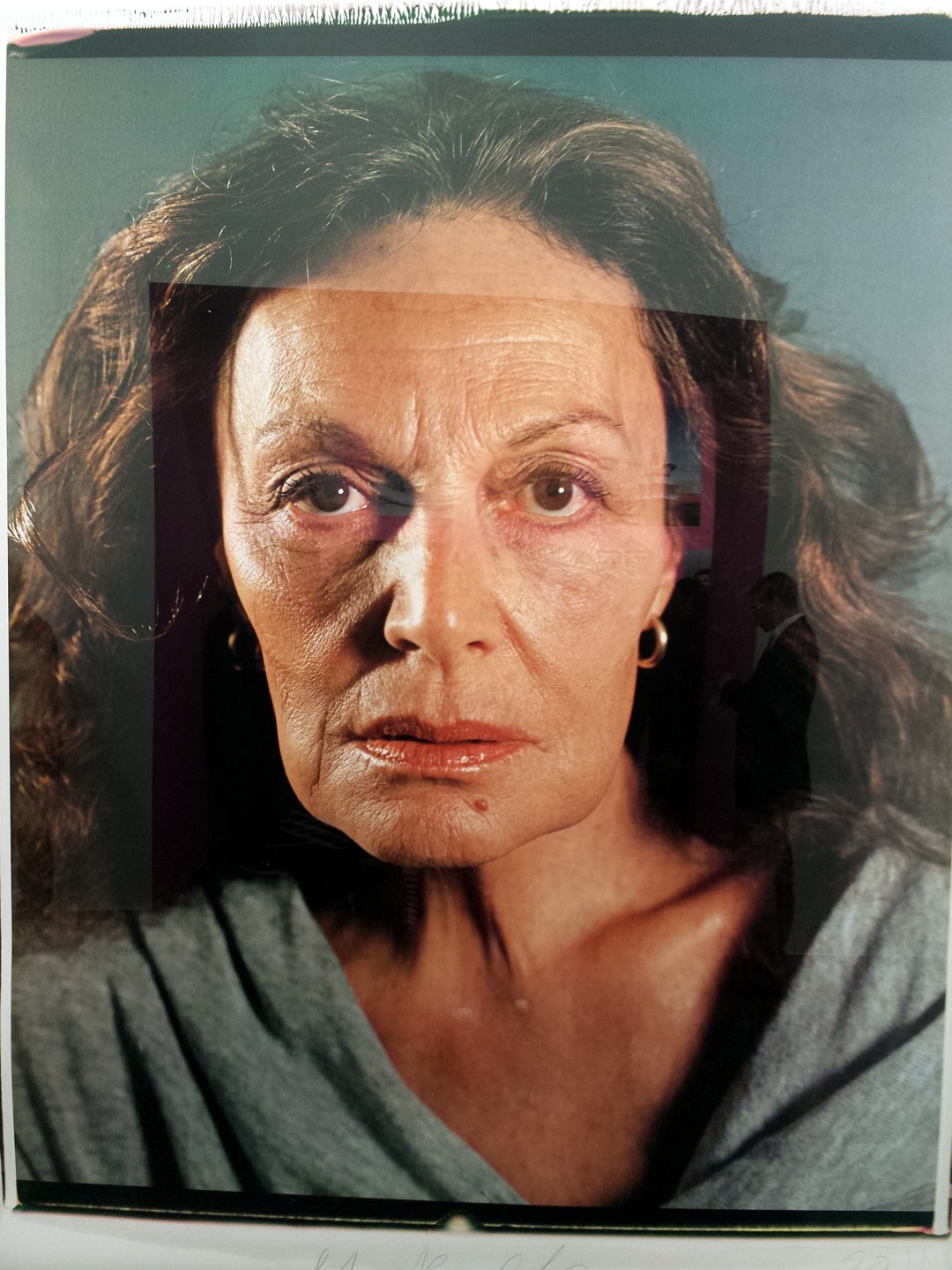 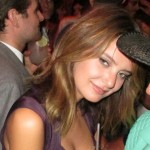 THE RED HOT ROSTER: DECEMBER 2013 Previous
THE ART OF ELYSIUM HEAVEN GALA Next 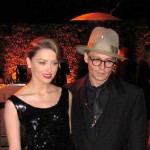