The undisputed queen of glamor and of Los Angeles (although originally from New York), Paris Hilton, continues to throw the best low key yet high profile guest-list beach BBQ’s this summer.  Paris is the type of RED HOT babe that goes to Beverly Hills for a little shop after hours and management keeps the store open for her.  Yes it’s true that beauty, power, wealth, attitude and fame have their place in Los Angeles.  A global celebrity, her name alone is a “brand” in homes, cities, villages nestled in countries that we can’t event pronounce.  Who showed up?  Well a lot of good looking people with long legs and ripped stomachs.  Charlie Sheen popped in with fiancee Scottine (former porn star) for a burger and cold refreshment. 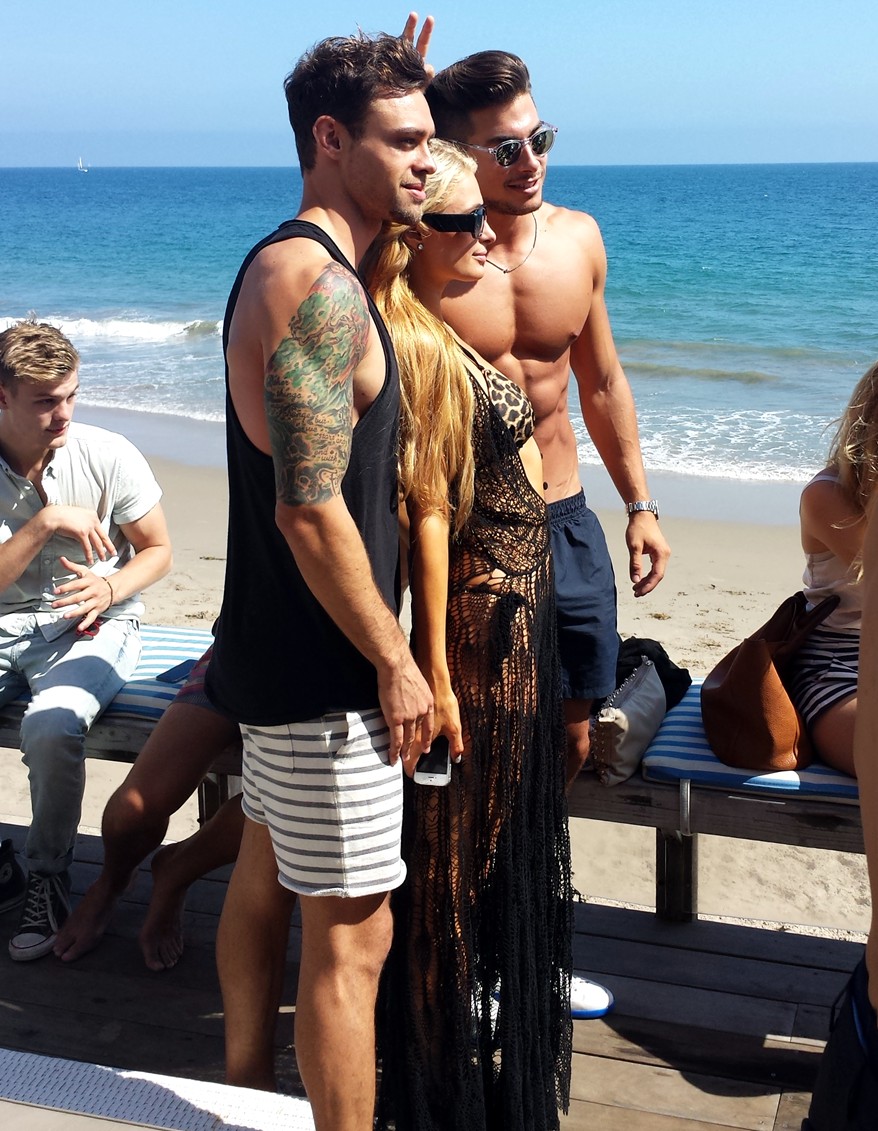 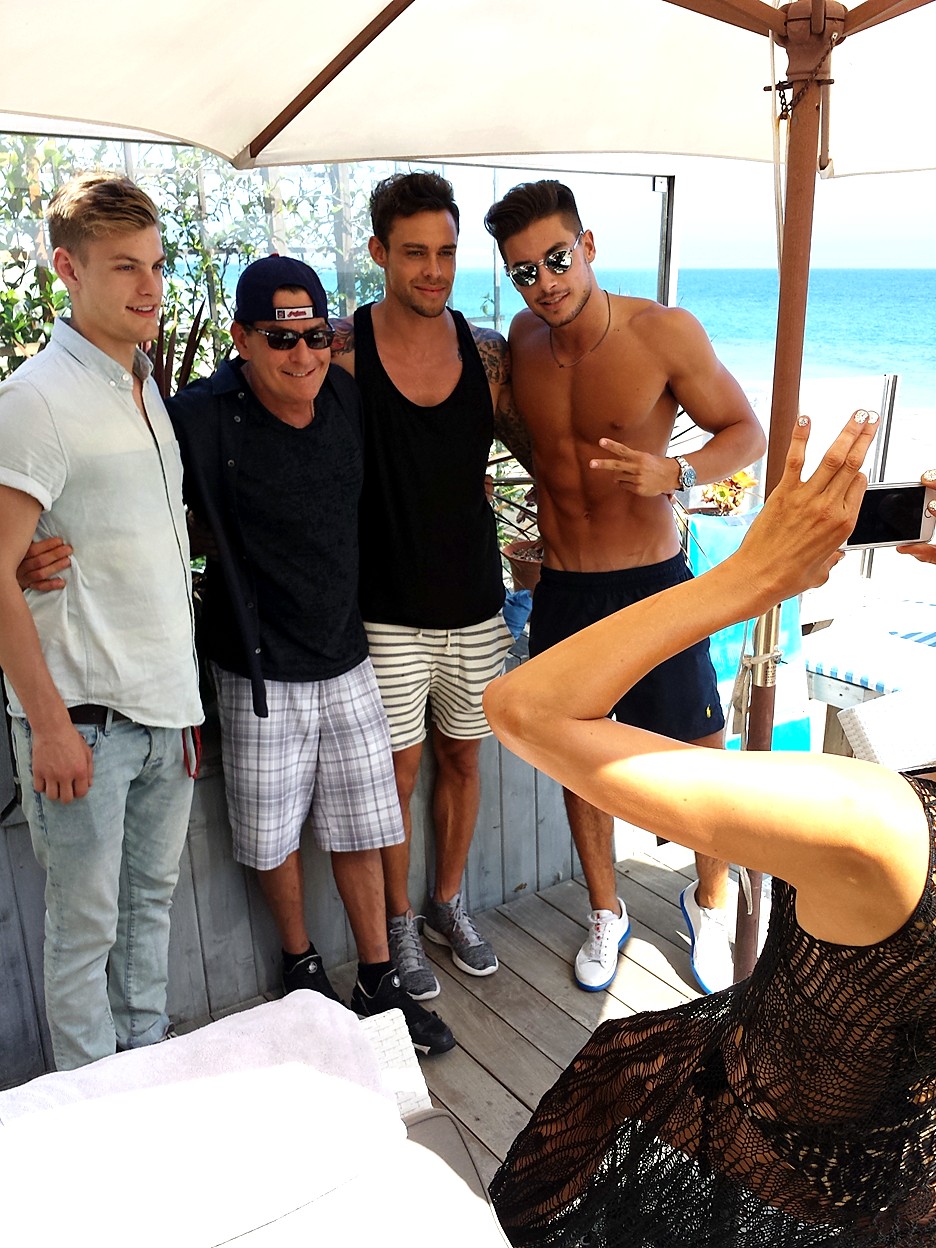 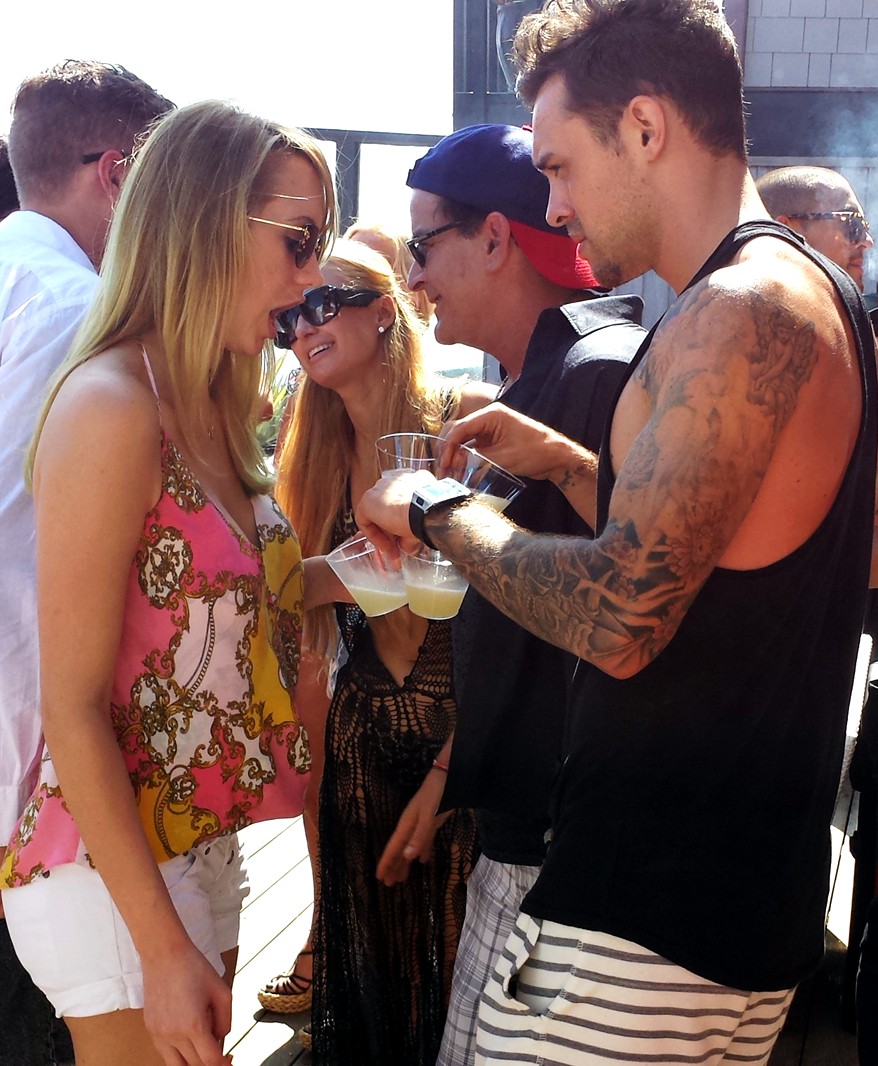 Hot South African supermodel Lisa Cowley showed up with friends to take in sun and mingle with LA’s cool crowd. 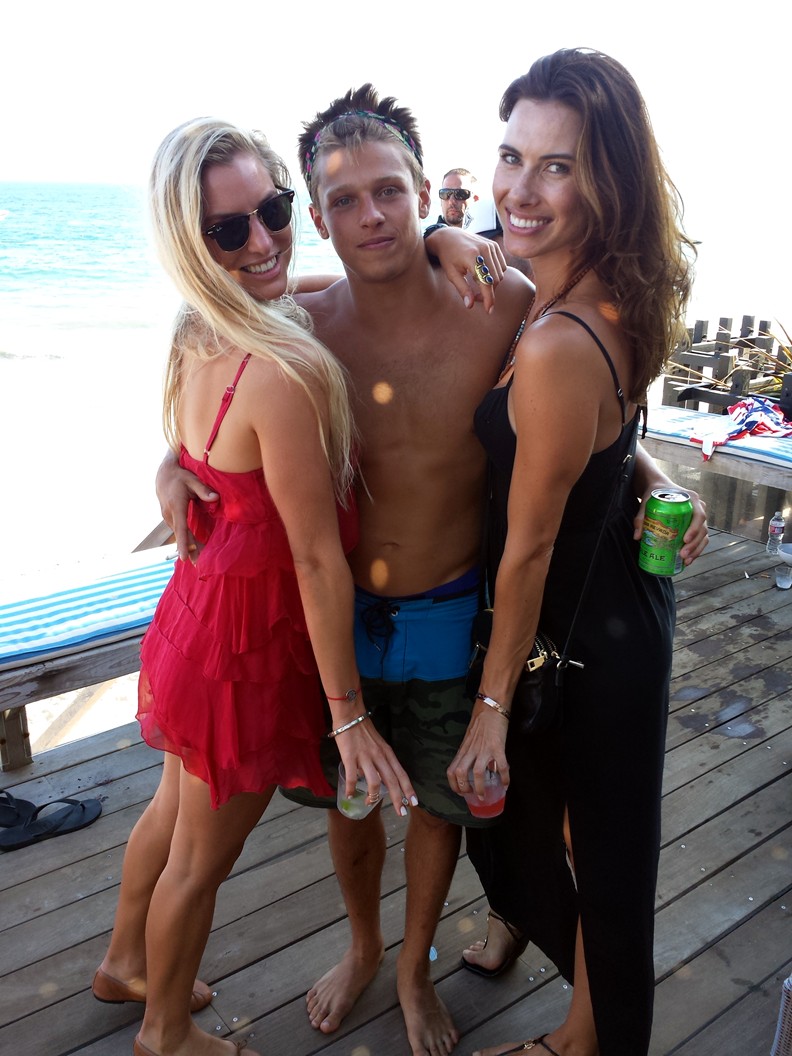 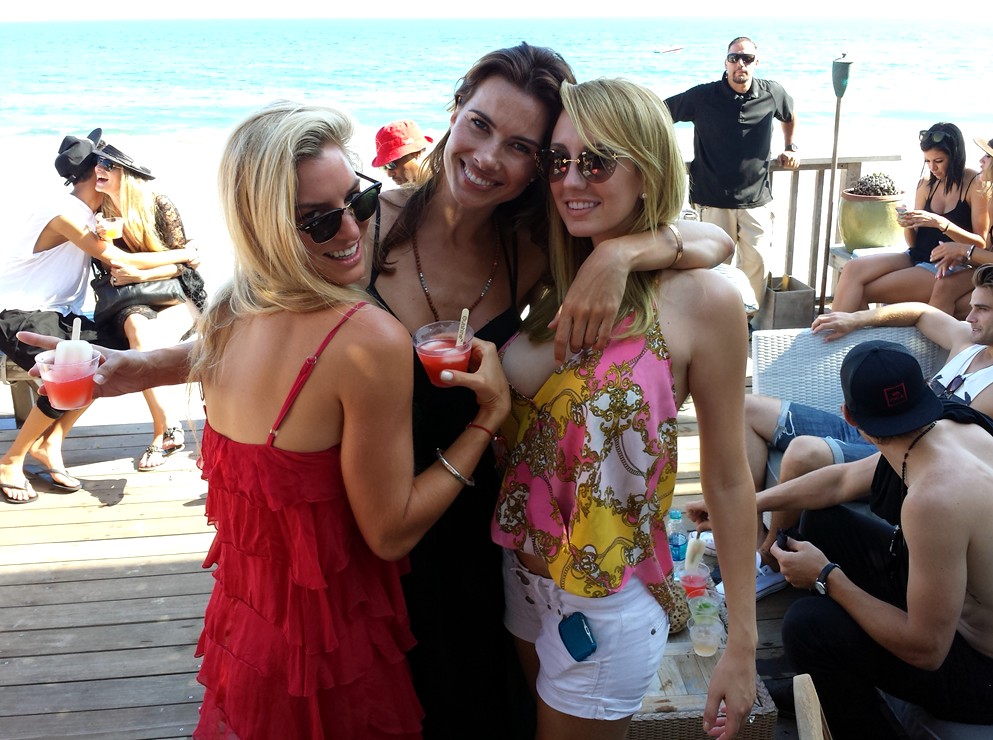 An attractive crowd to say the least.  It appeared no one was counting calories as french fries, cheeseburgers (with bacon), cocktails and popsicles flowed from noon until after 10pm in the evening.  One hot brunette who claims to be a good chef, Alina Puscau (model-actress-artist), stopped in to say hi.  Artist Gregory Siff and model girlfriend Elle Evans compared artistic styles with Alina before diving back into some double cheeseburgers. 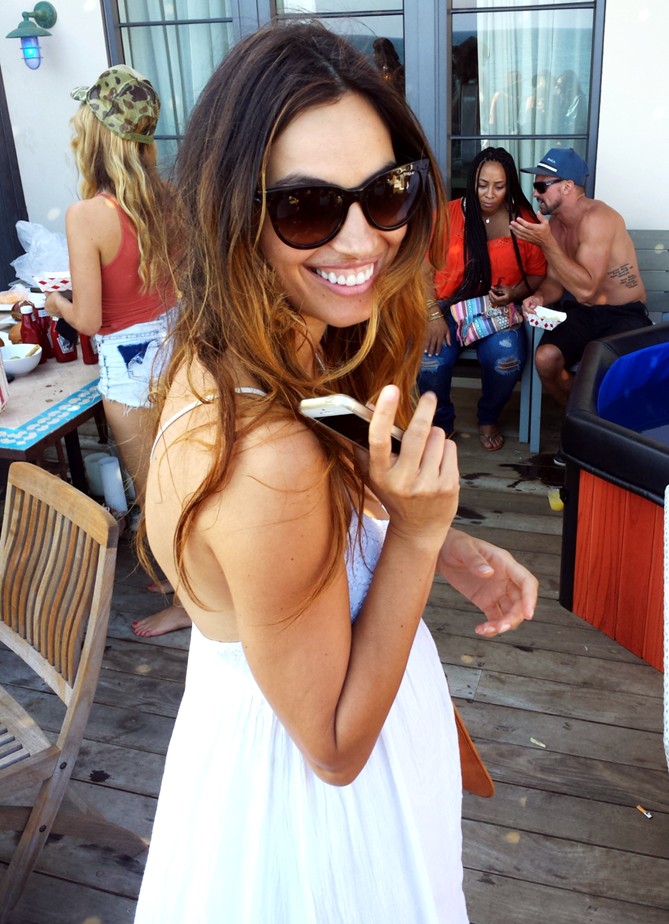 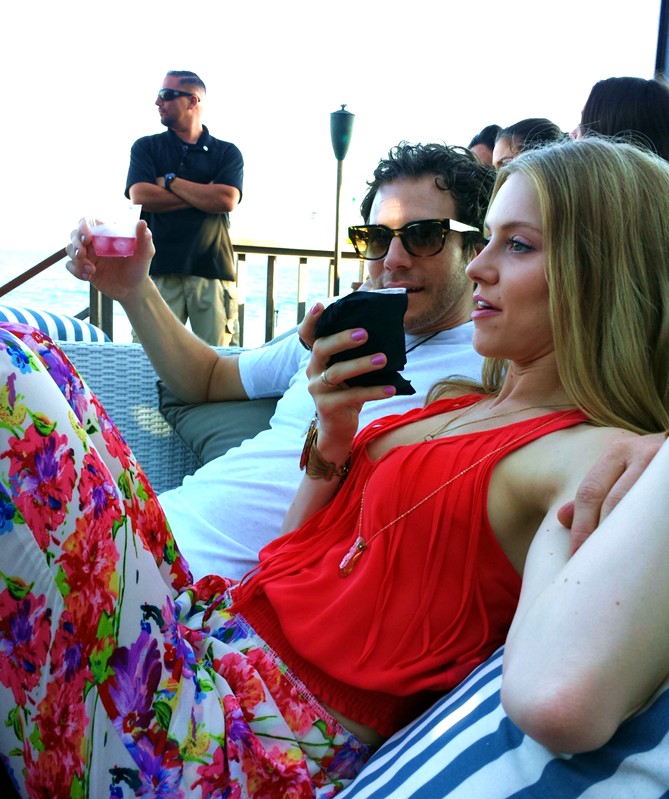 Thanks to Charlie Sheen, Paris was able to use one of his recipes for champagne cocktails.  The unique blend calls for 1 part champagne, 1 part gatorade and a single lemon popsicle dipped inside.  They were out of this world. 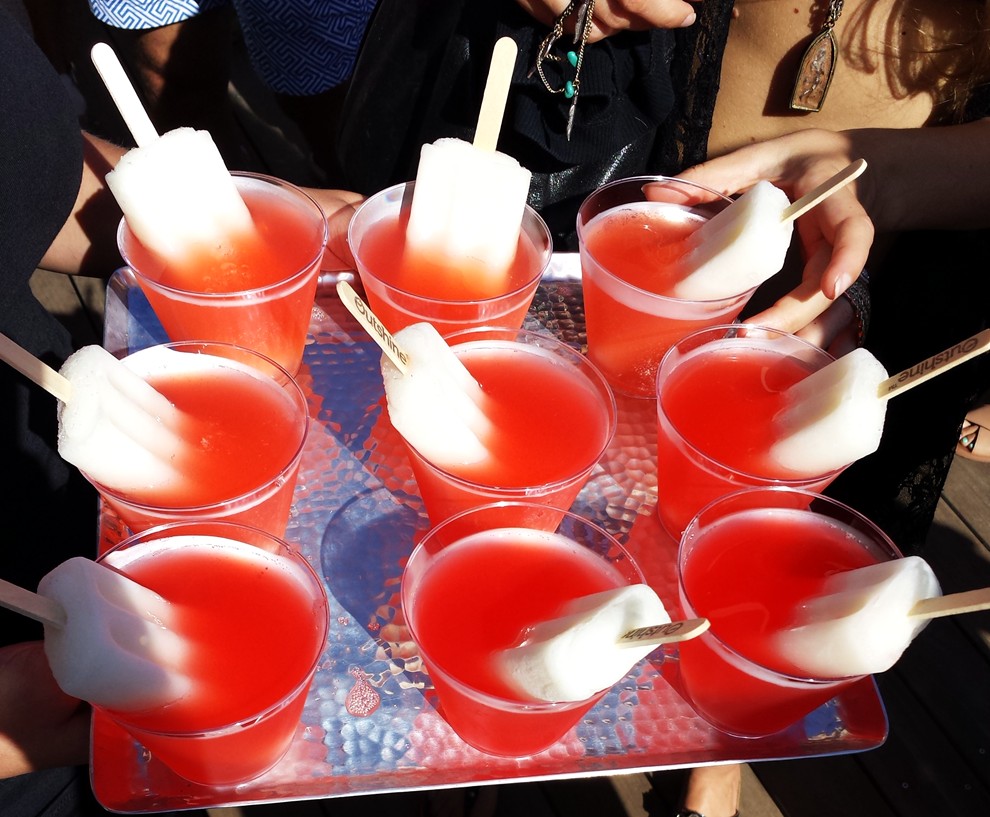 Guests enjoyed the DJ and danced well beyond the sunset.  The perfect hostess that she is, Paris, kept up a happy face and provided all the comforts until most of the crowd had gone. 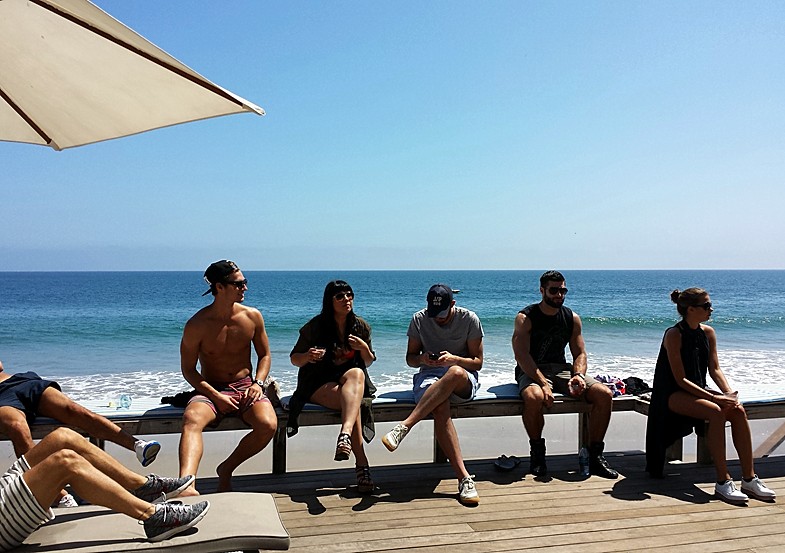 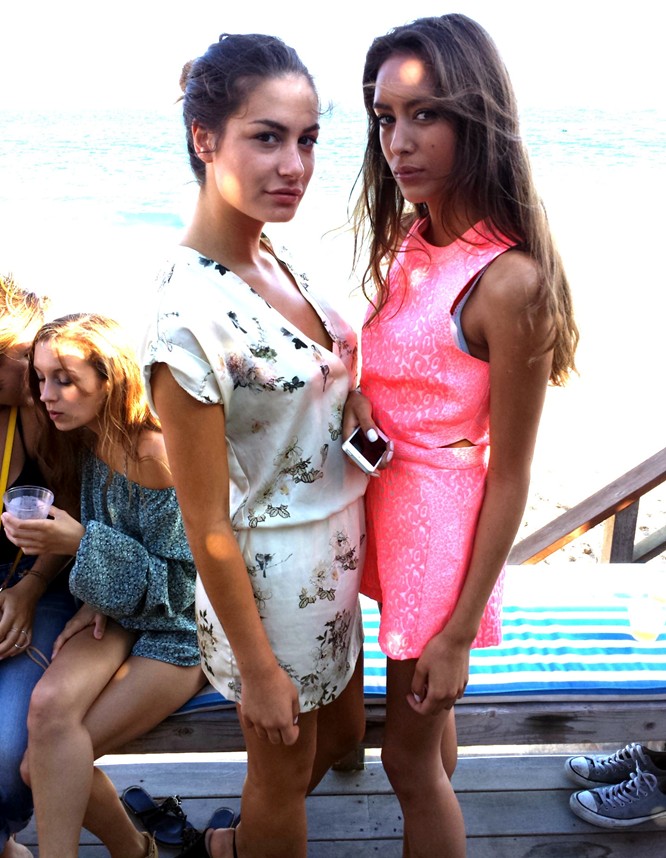 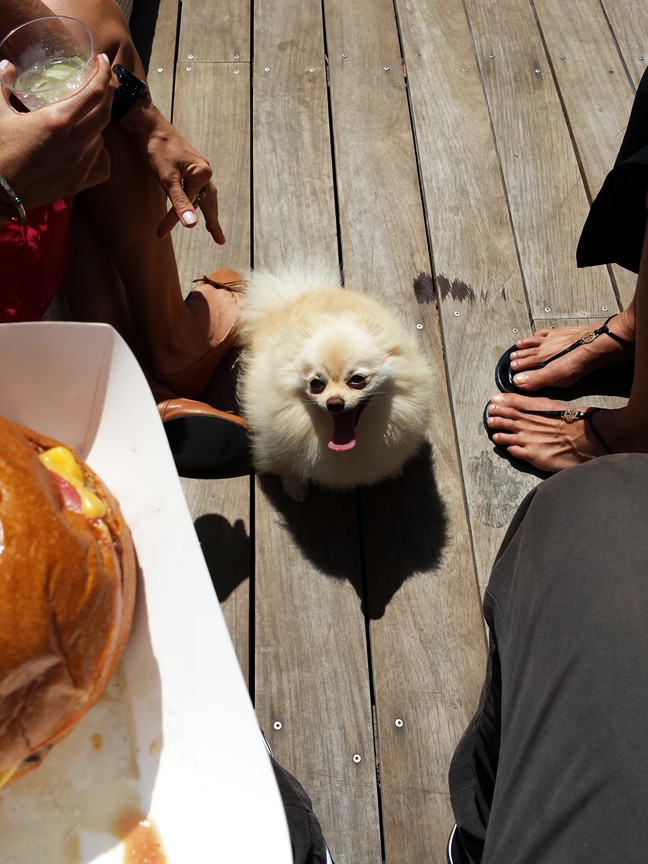 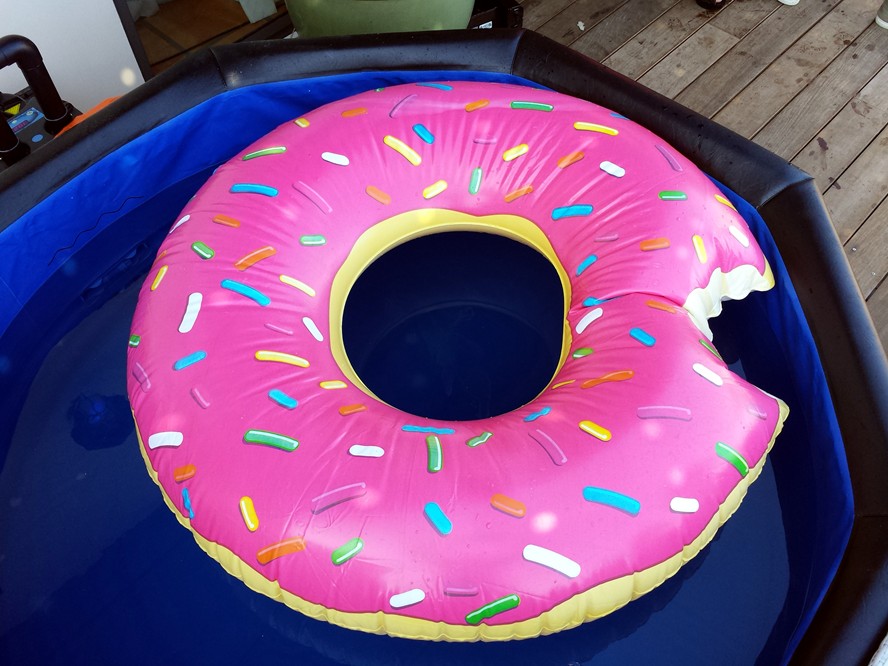 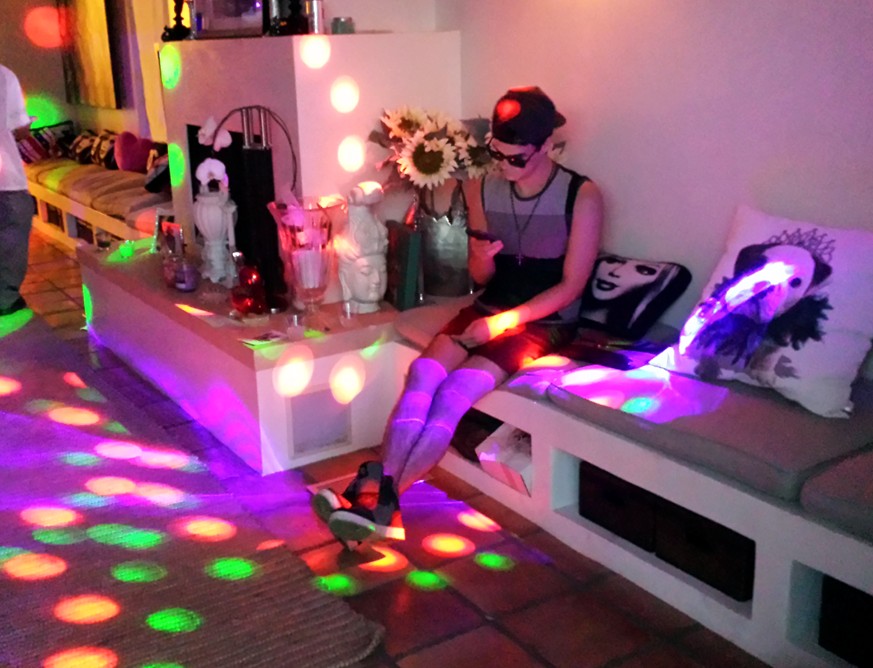 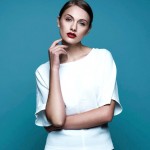 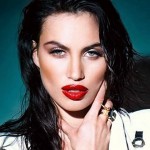