[highlight_1]“When we can’t determine what art is—when we get to that point where we’re not sure, that’s the strongest likelihood that we’re actually experiencing something great. That’s what the art world is most afraid of, because we don’t know how to assign value, whether it’s cultural or otherwise. In a way the films were meant to be a destabilizing artwork. They exist in another area, a zone where we were free to work.”[/highlight_1] 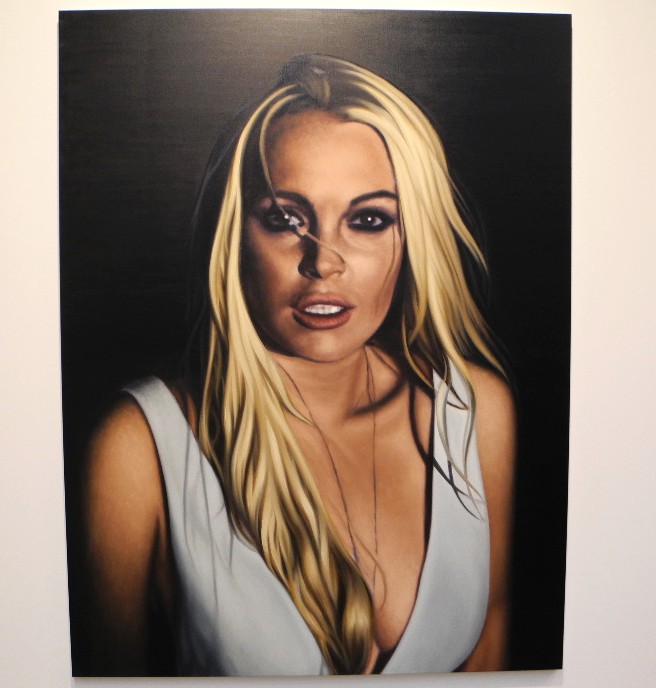 Gagosian Gallery is pleased to present an exhibition of new work by Richard Phillips.

For Phillips, critique is as much an intrinsic material in the conception and staging of his work as the materials of their making. His conflating of subject and genre continues to provide challenging comment on the condition and reach of contemporary art. 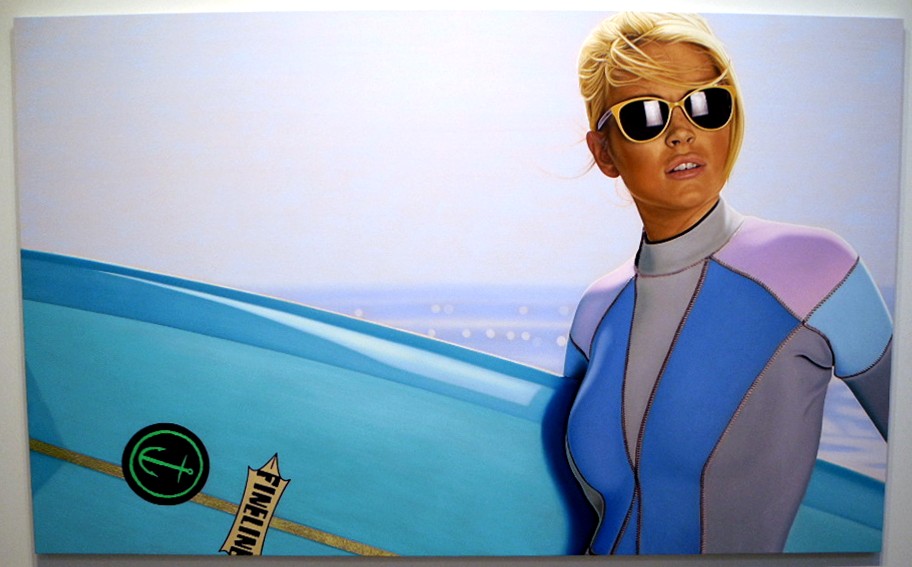 Phillips has embarked on a new phase of work that hinges on the self-awareness of real-life subjects.  Lindsay Lohan (2011) and Sasha Grey (2011), his first two films, made their debut at the “Commercial Break” film project at the 2011 Biennale di Venezia. In these “motion portraits “, the notorious actresses pose erotically—Grey in a modernist John Lautner home, and Lohan in an aquamarine infinity pool. Both actresses project self-conscious recognition in their performances and in turn point toward the transformative potential of narrative action, framed by their compelling beauty.  Phillips’s third film, First Point (2012) marks his second collaboration with Lohan and third collaboration with legendary surf filmmaker Taylor Steele. A contemporary film noir, First Point juxtaposes haunting nocturnal imagery with surf sequences in which female pro-surfer Kassia Meador (Lohan’s acknowledged stunt double) and Lohan herself appear. 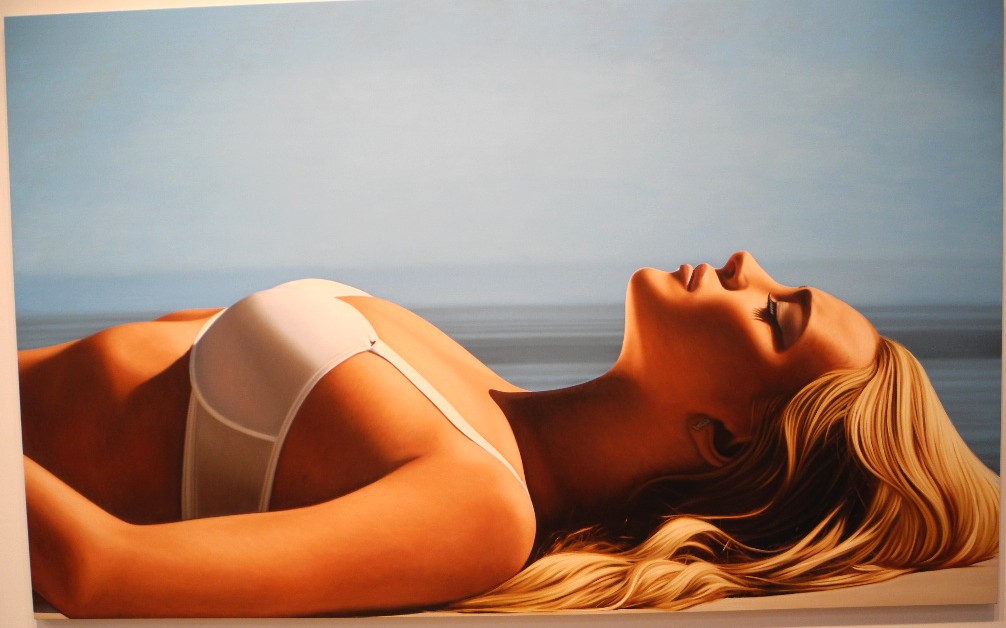 Phillips uses collaborative forms of image production to reorder the relationship of Pop art to its subjects. The staging and format of his films presage the return of their subjects as paintings; eventually, they form the foundation for lush, large-scale works such as Sasha (2012), Lindsay II (2012), and Lindsay III (2012), realist portraits of the place-holders of their own mediated existence. In addition to working with Lohan and Grey, Phillips has collaborated with Brazilian supermodel Adriana Lima to create a new series of paintings that depict her against backdrops of iconic Brazilian landmarks, such as Oscar Niemeyer’s Cathédral de Brasília, the patterned sidewalks of Copa Cabana, and the favelas of Rio. In these scenes, such as Adriana I (2012), in which Lima poses seductively across the roof of the cathedral, the impact of her preternatural beauty and the aura she commands as a supermodel is conflated, and thus equated with, national icons of economic, political, and religious culture. 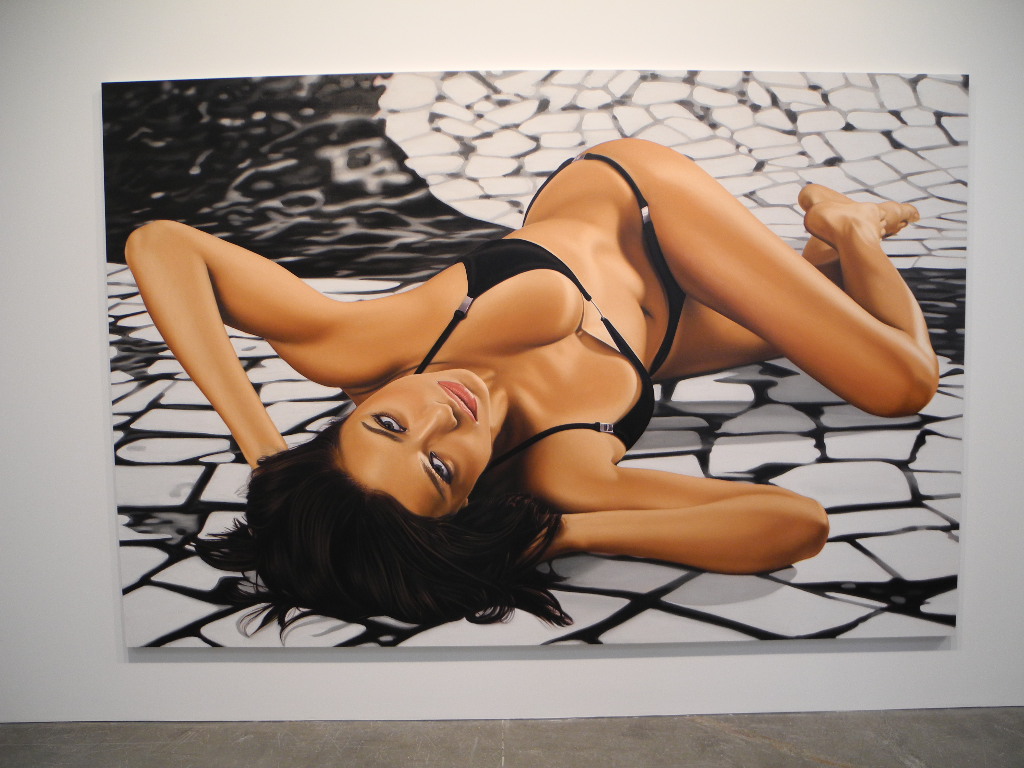 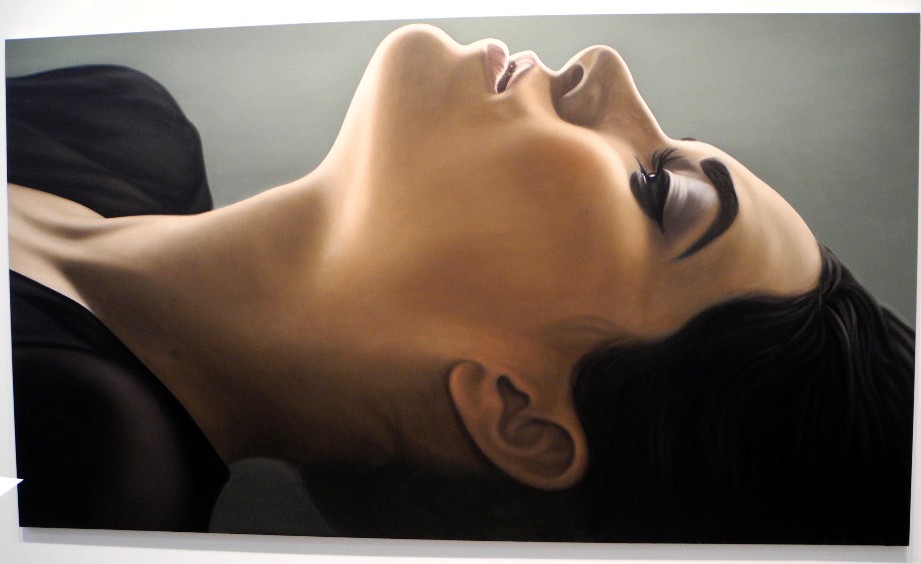 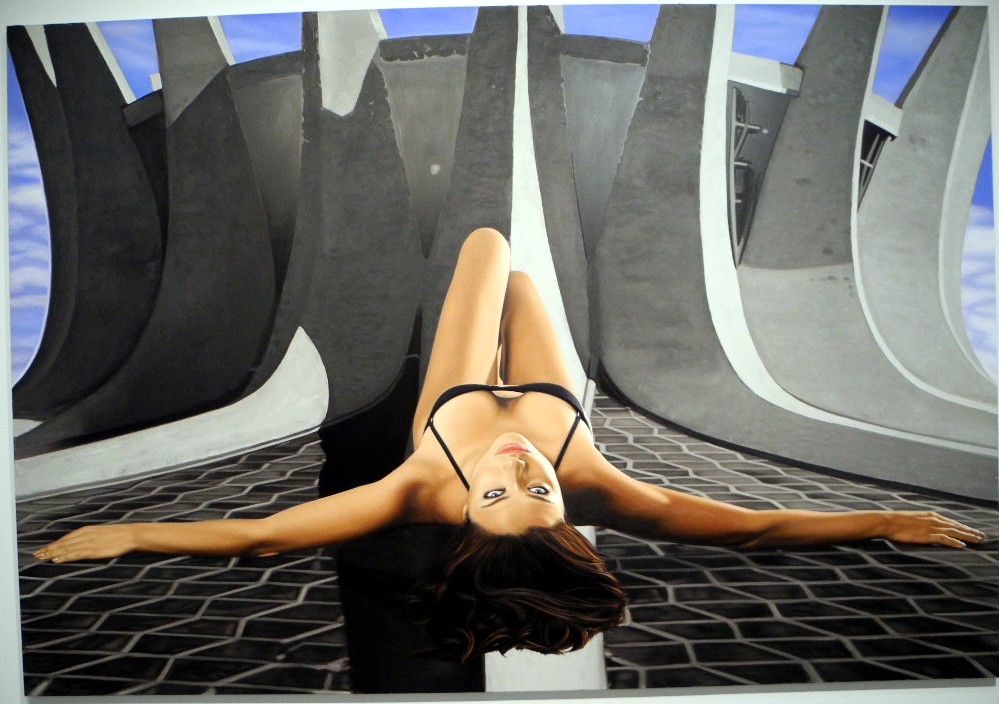 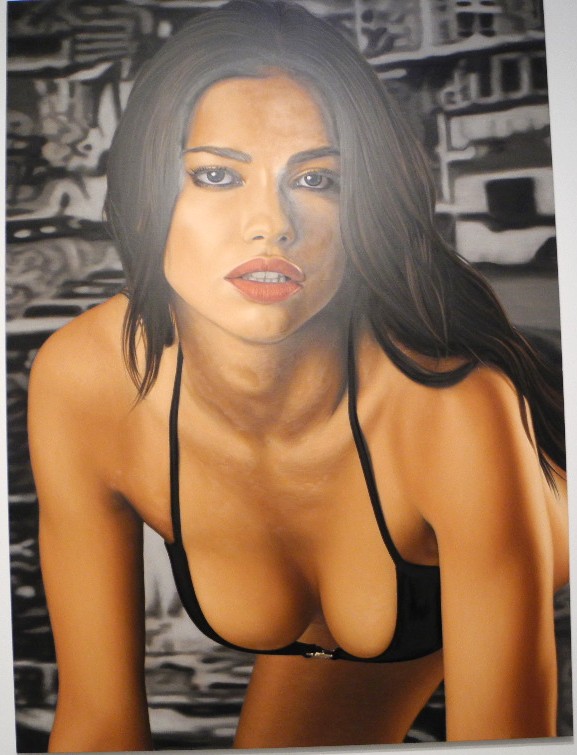 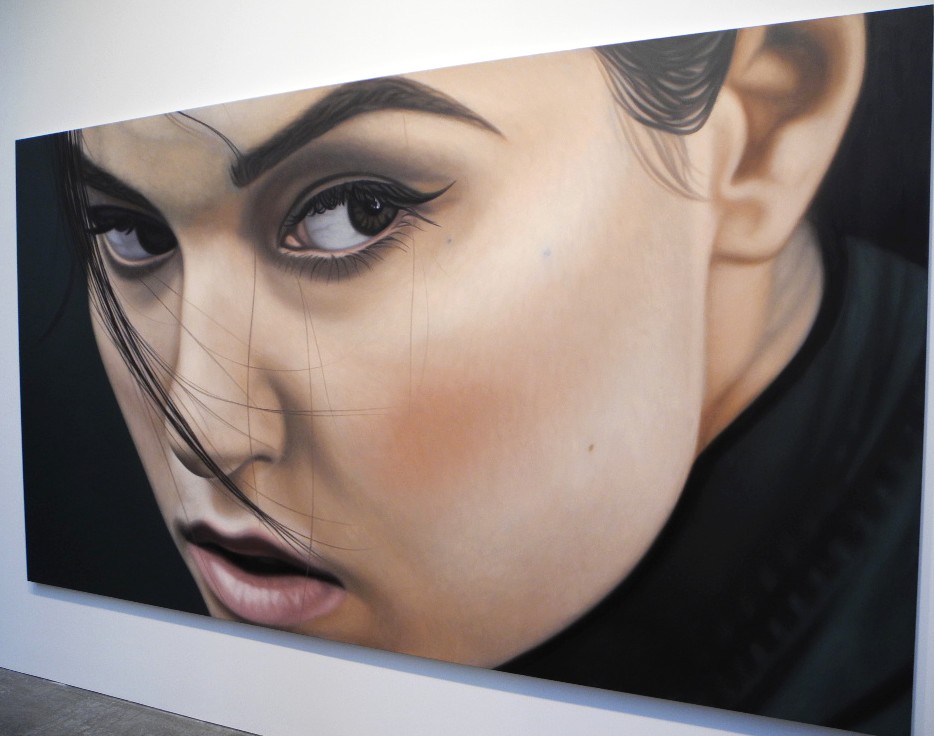 Born in Massachusetts in 1962, Richard Phillips lives and works in New York. He has exhibited his work in many individual and group exhibitions in the U.S. and Europe. Recent solo exhibitions include “Richard Phillips: Paintings and Drawings,” Le Consortium, Dijon, 2004; “Richard Phillips,” Kunstverein Hamburg, 2002, and “Richard Phillips,” Kunsthalle Zurich, 2000. He is represented in important public and private collections worldwide including the Albright-Knox Art Gallery, Buffalo, New York; the Denver Museum, Colorado; the Modern Art Museum of Fort Worth, Texas; the Museum of Modern Art, New York; the Museum of Contemporary Art, Miami; UBS Paine Webber Art Collection, New York; San Francisco Museum of Modern Art; Tate Modern, London; Van Abbe museum, Eindhoven, The Netherlands; and the Whitney Museum of American Art, New York. His films, Lindsay Lohan and Sasha Grey, premiered at the Venice Biennale in 2011 as well as in an exhibition at the Institute of Modern Art, Brisbane in February 2012. First Point premiered at Art Unlimited at Art Basel, Switzerland in June 2012. 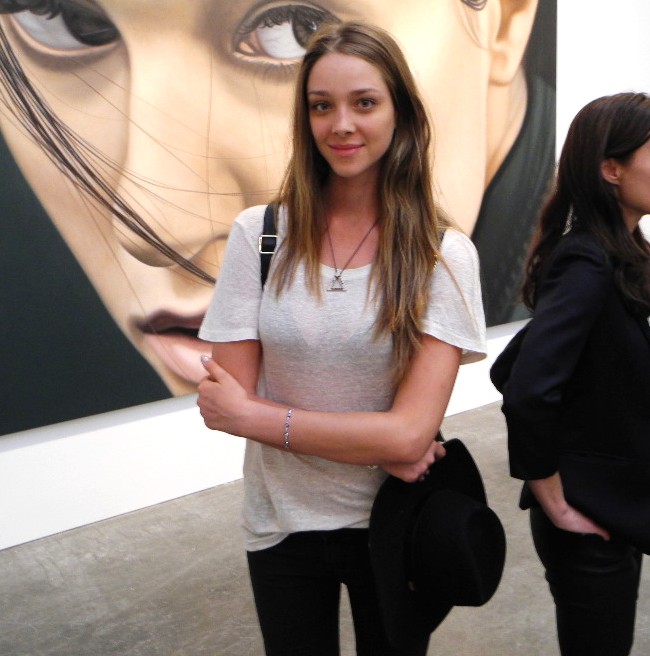 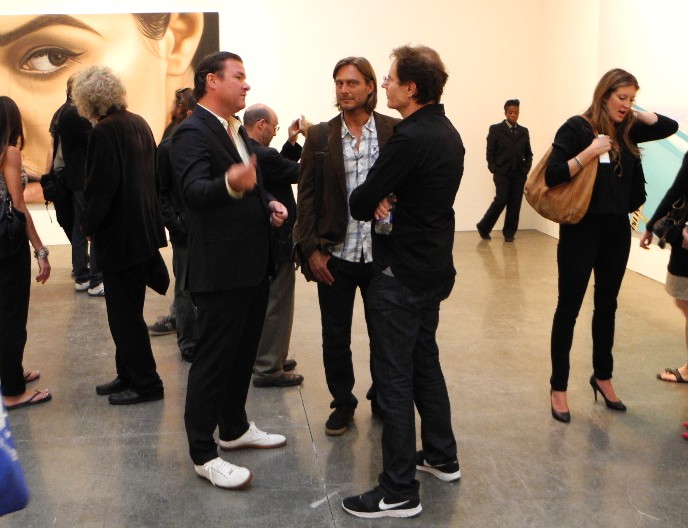 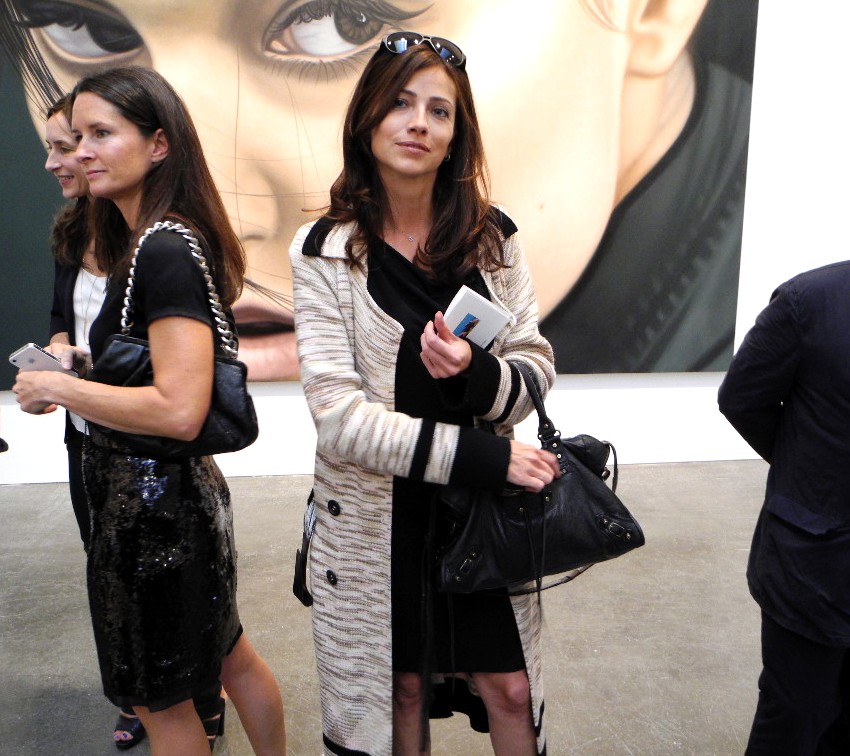 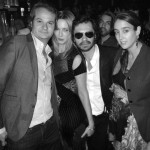 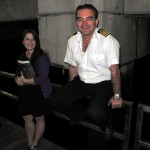