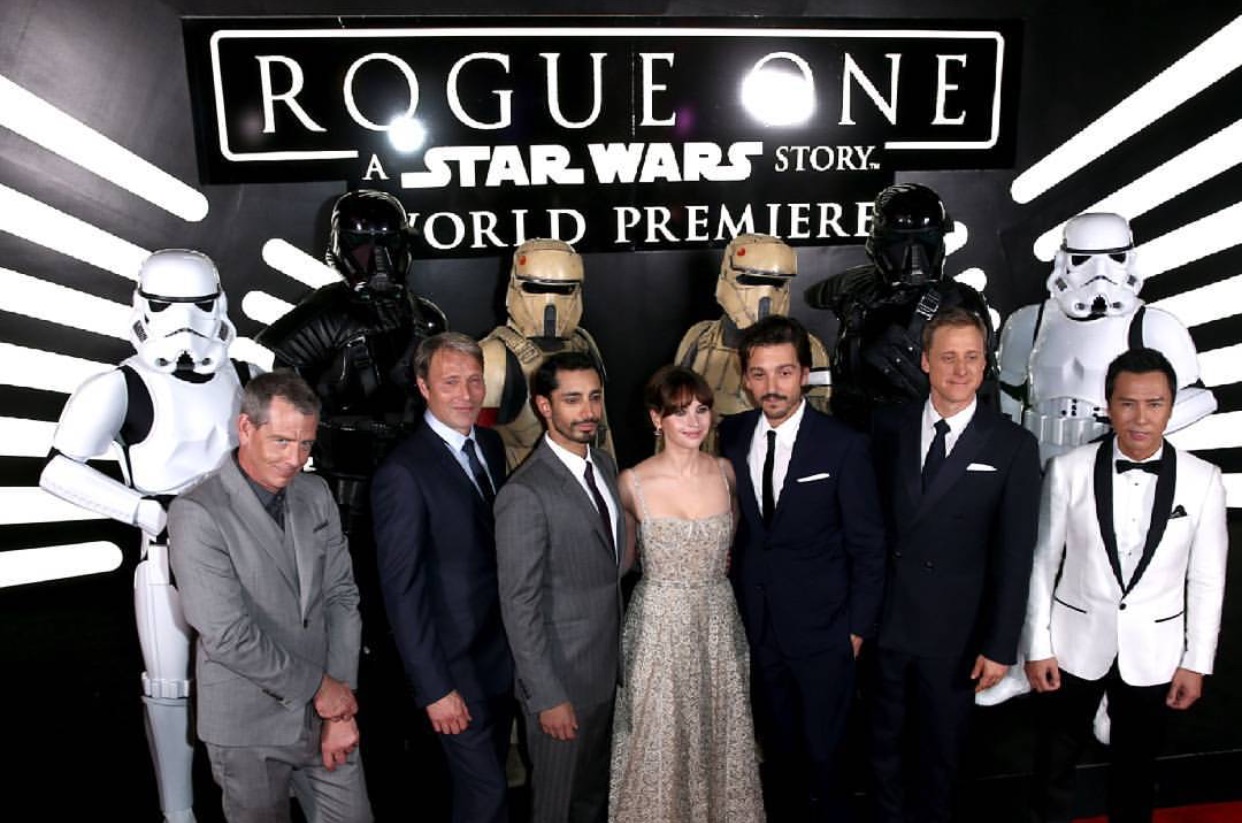 One of the classic movie franchises of all time has just hit it big again. Star Wars is back with ROGUE ONE.  Disney’s latest installment to the Jedi driven saga is grabbing attention from this THIRD generation of Star Wars fans from the saga that began back in 1977, nearly 40 years ago!  Although the original characters have changed and so have the production houses, but the story stays in line with the original film.  Who could have imagined back in the mid 70’s that this would be a franchise expanding successfully into the future nearly four decades?  Felicity Jones, Mads Mikkelsen, Diego Luna and other cast members attended the Hollywood red carpet premiere to mark and make Star Wars history once again. 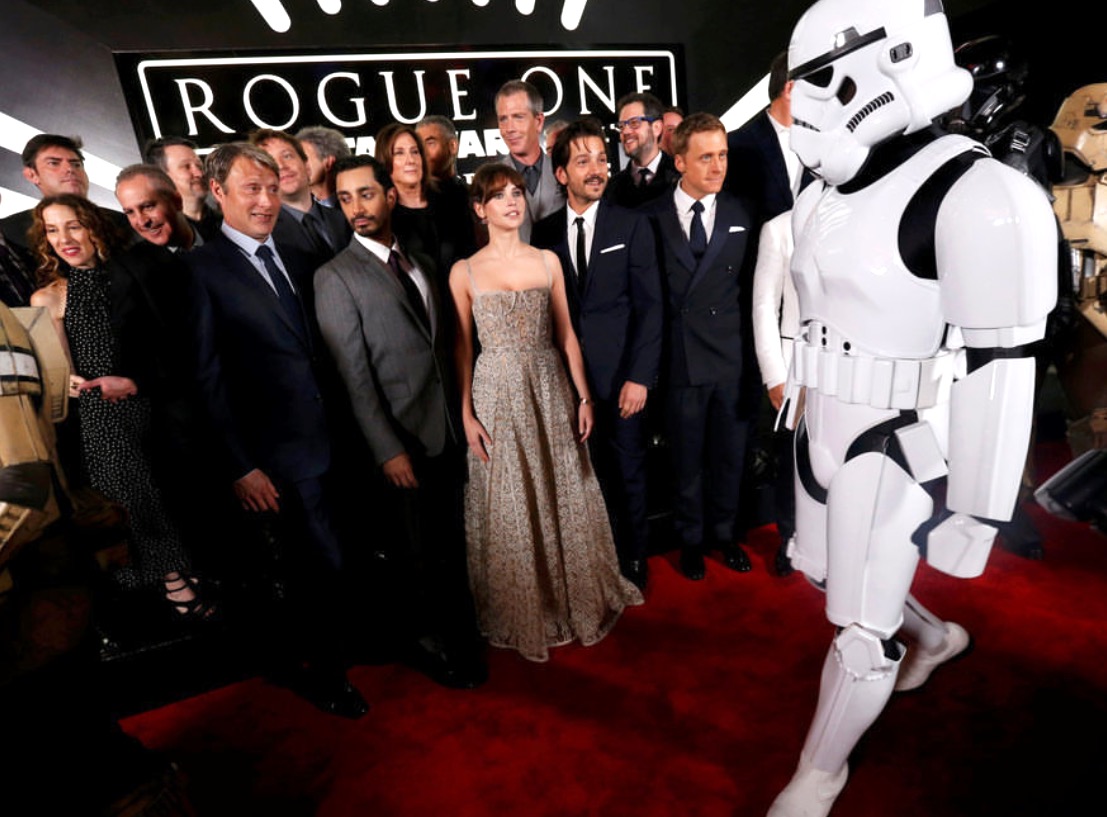 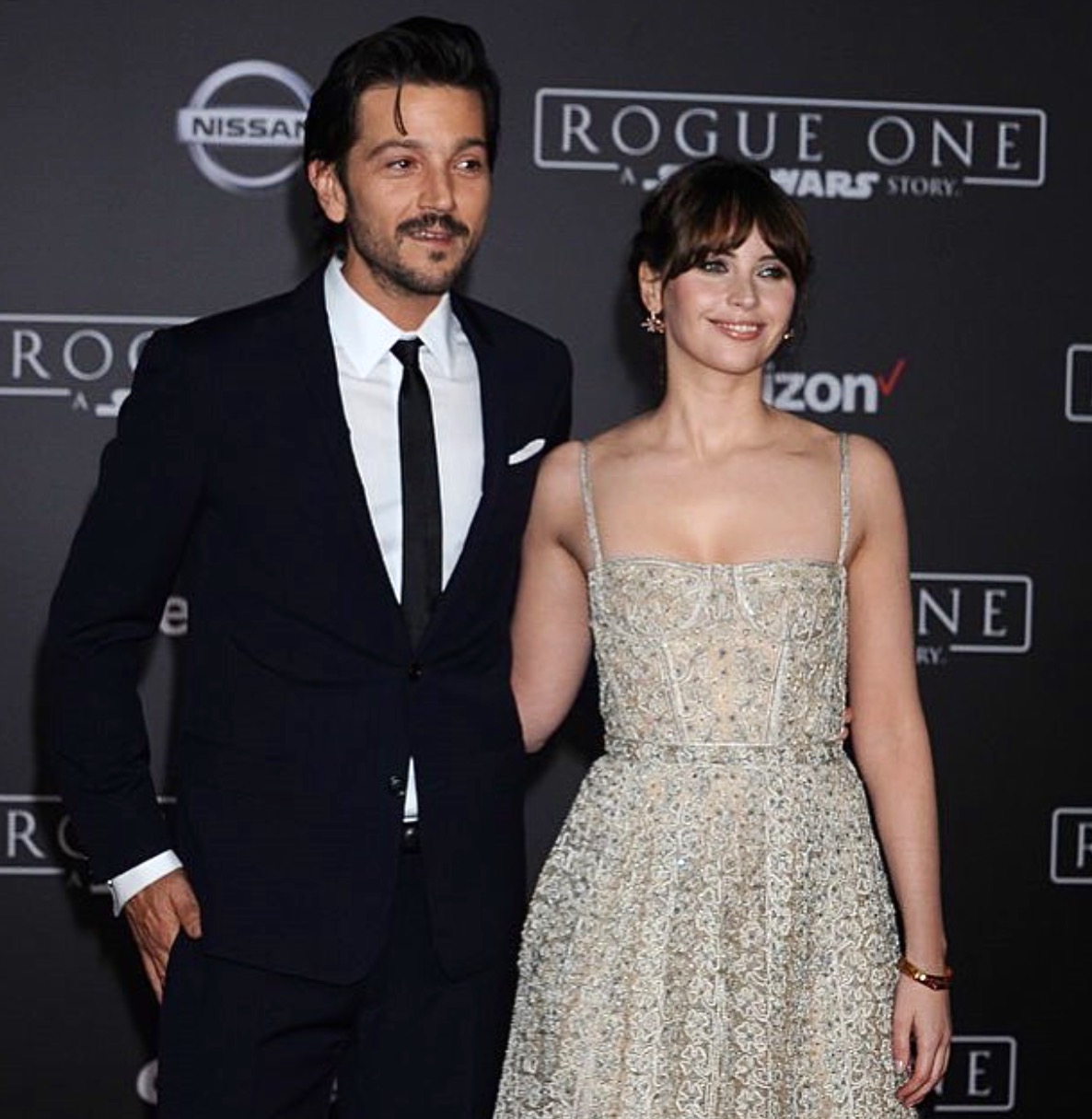 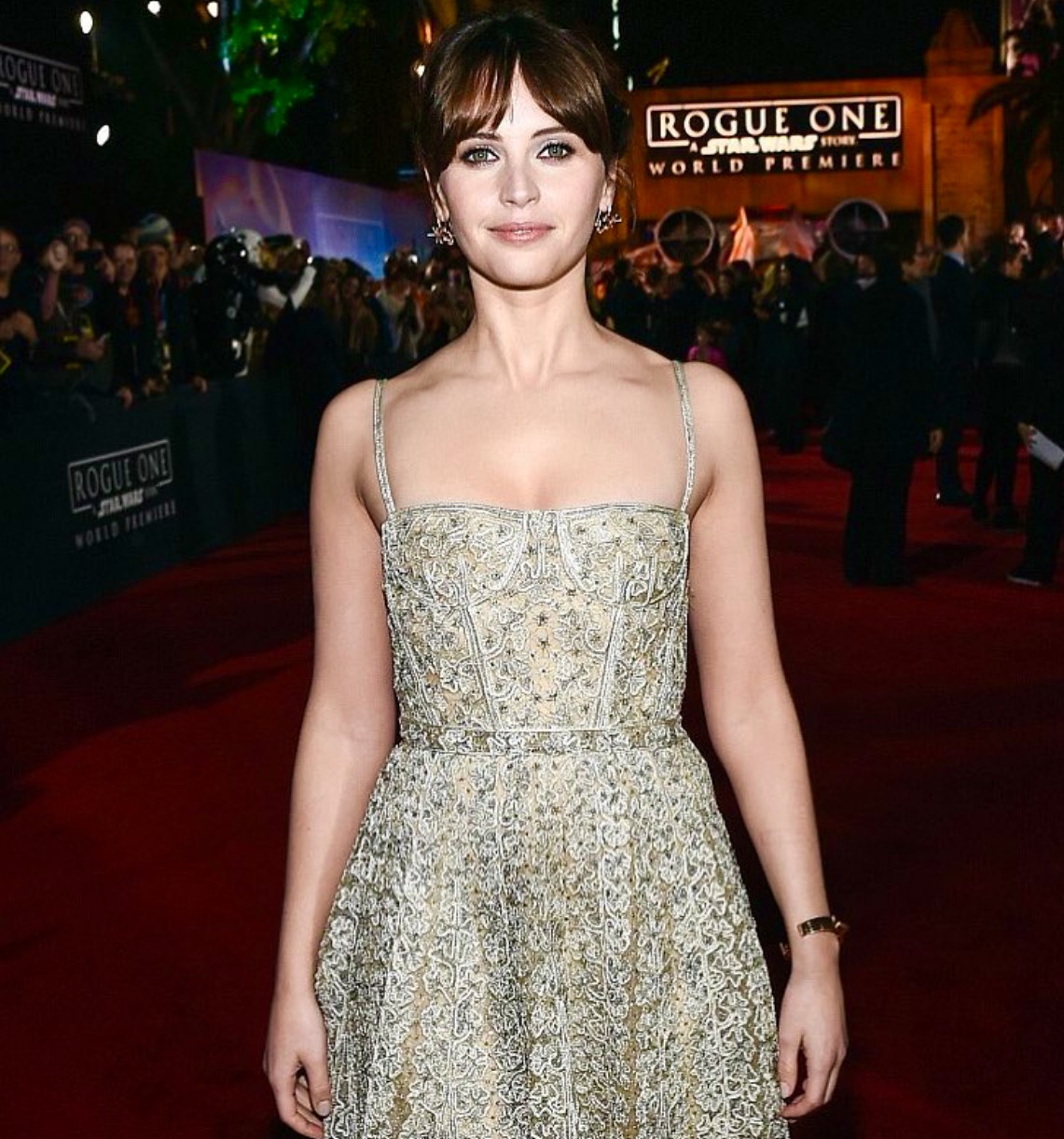 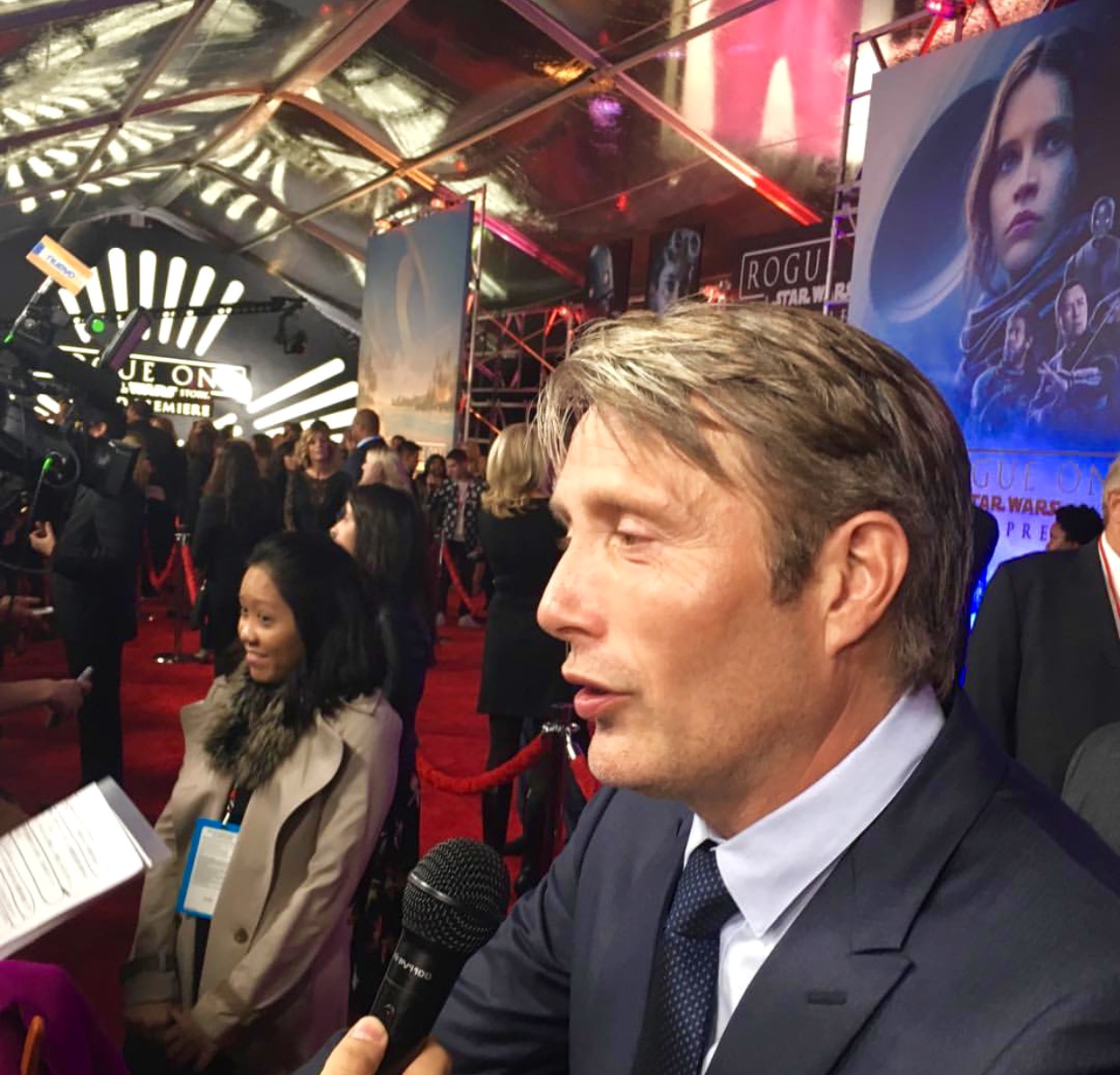 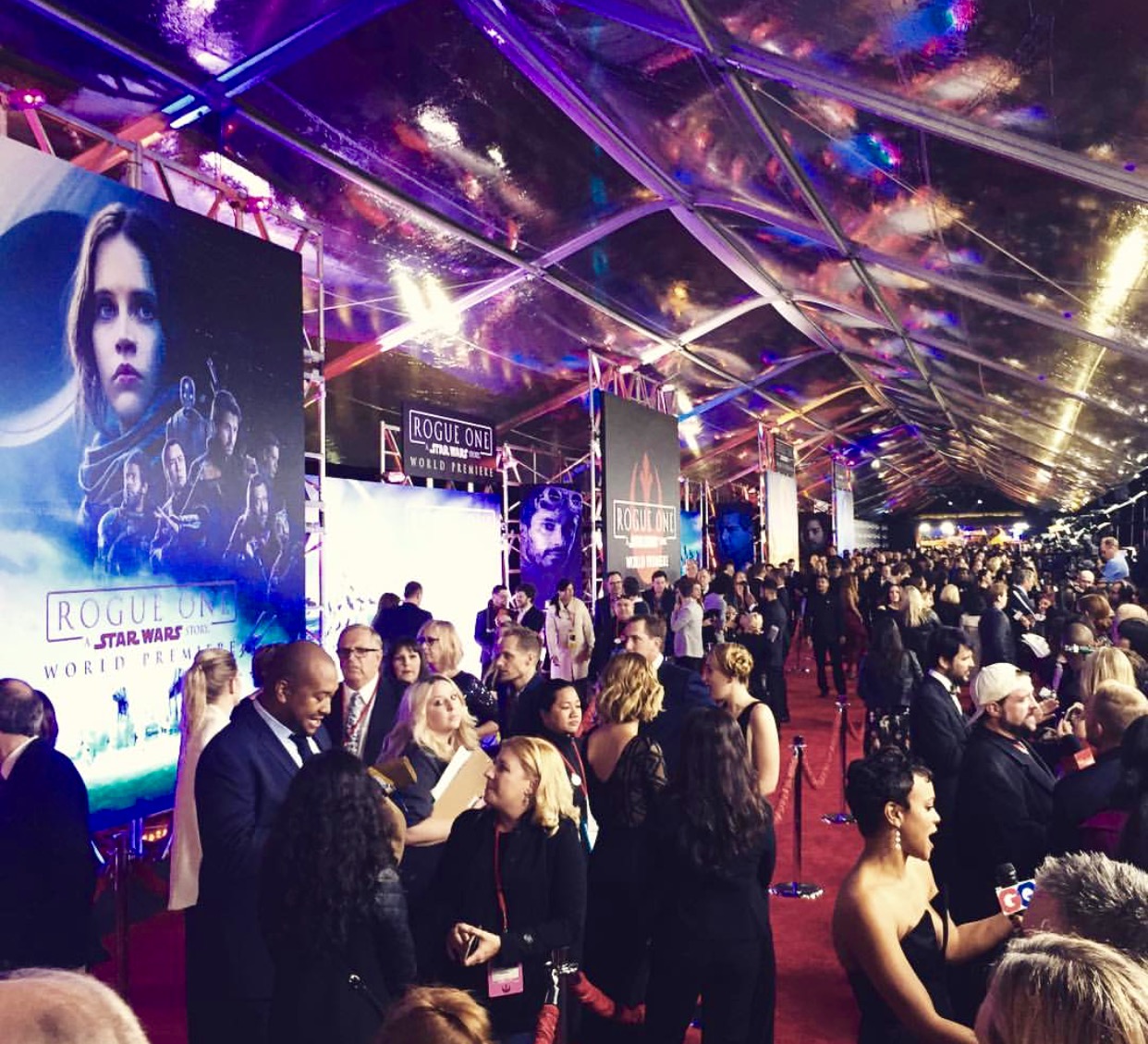 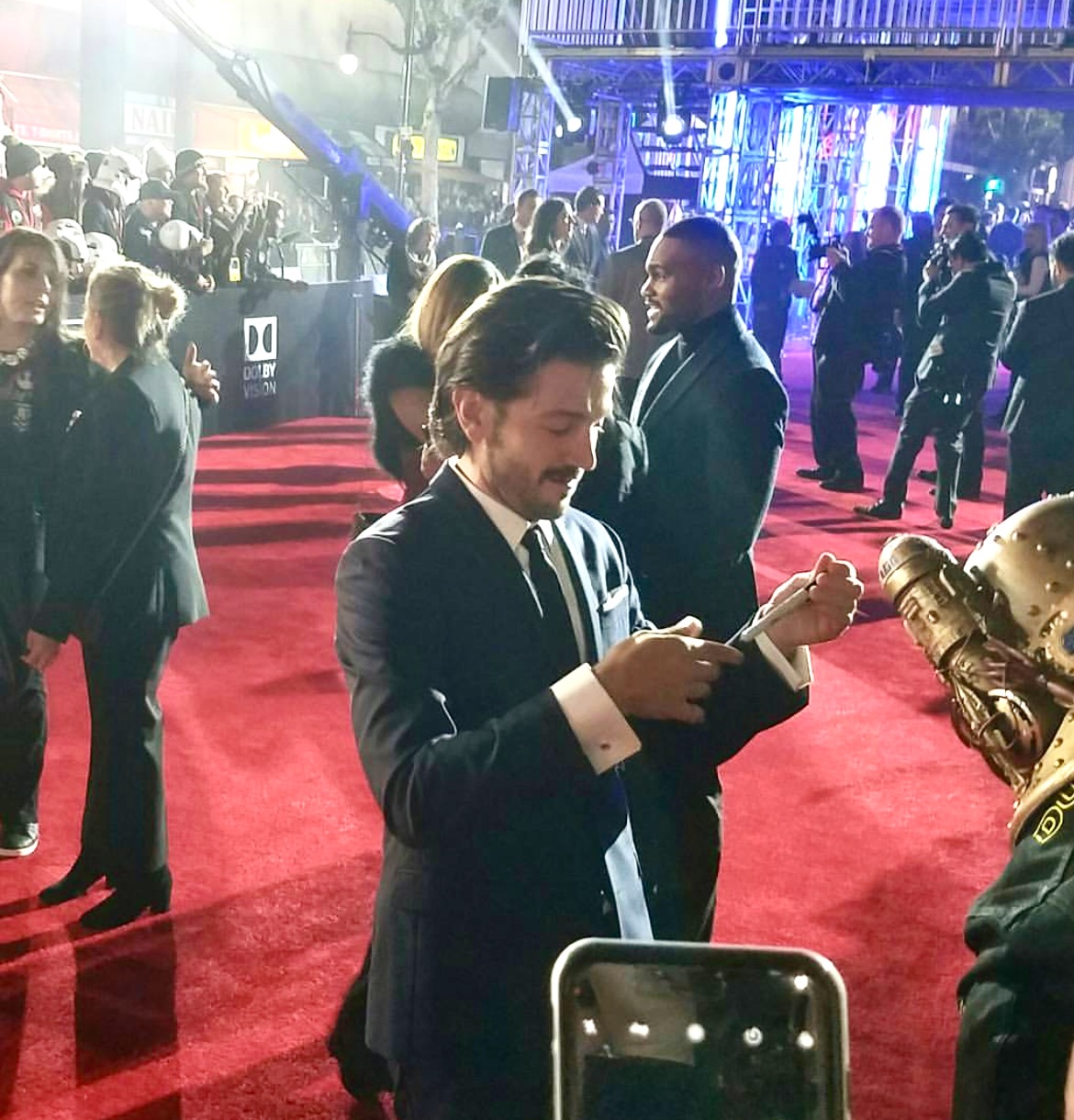 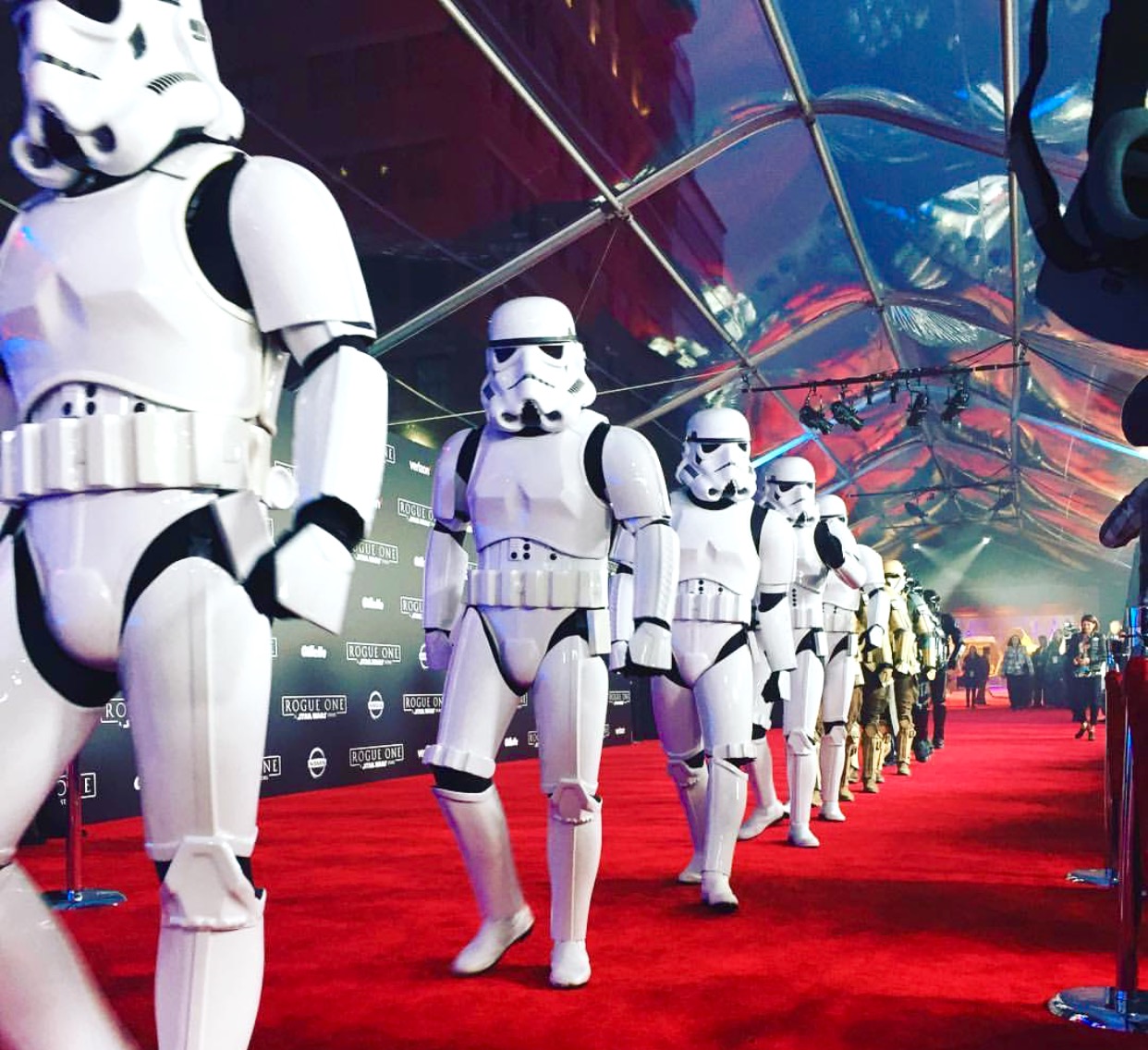 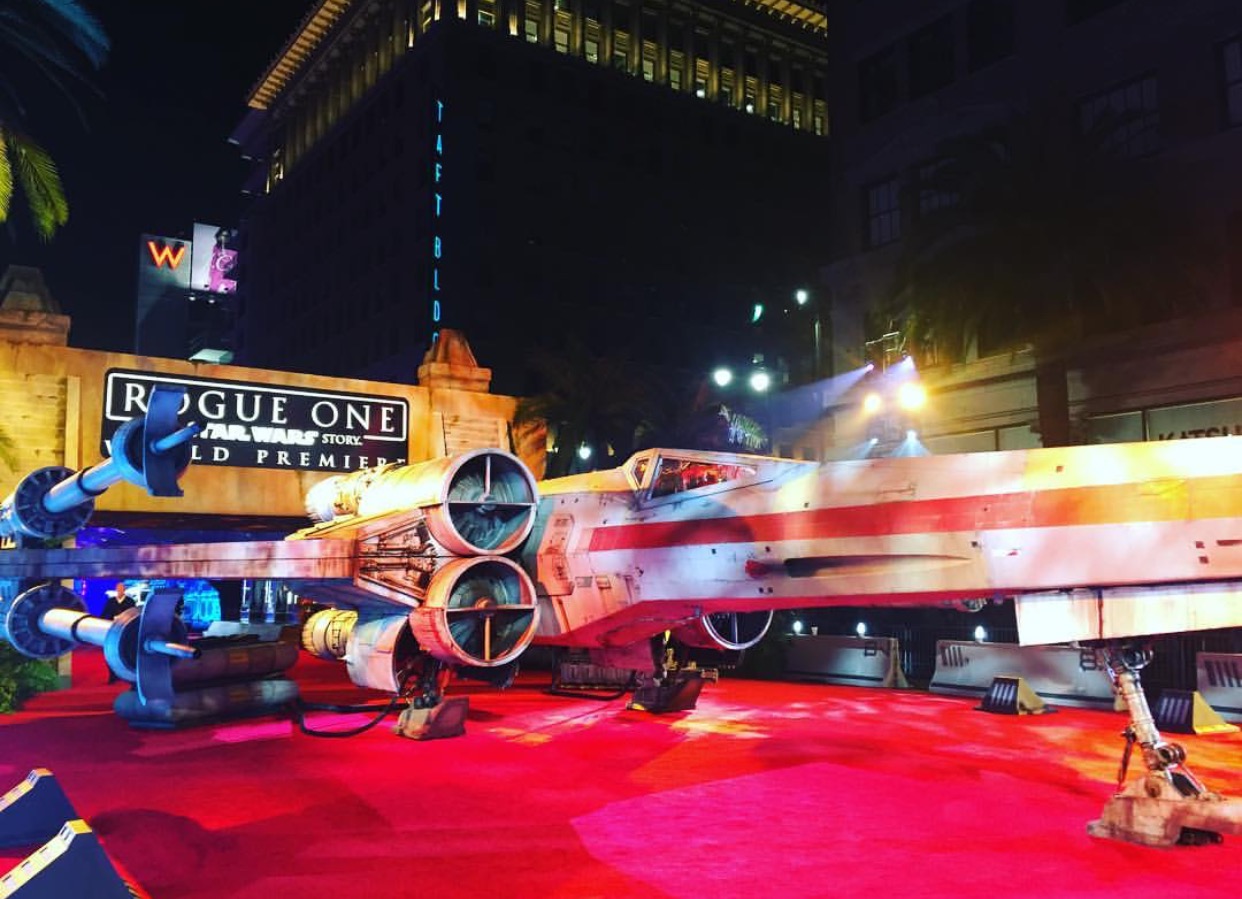 “In a time of conflict, a group of unlikely heroes band together on a mission to steal the plans to the Death Star, the Empire’s ultimate weapon of destruction. This key event in the Star Wars timeline brings together ordinary people who choose to do extraordinary things, and in doing so, become part of something greater than themselves.“

The story is somewhere lost in a prequel and sequel sequence.  With so many bouncing back and forth of films of before and after, let’s just say it’s as the title says, A Star Wars Story.  An exciting and creative film that is sure to wow true Star Wars fans.

Needless to say, Hollywood Boulevard was off limits to traffic near Vine for the majority of the day and evening.  A fantastic display of Star Wars – Rogue One characters and scenery was set up to promote and delight attendees and people passing by.  Shorty after the post premiere party kicked into gear as an estimated 800 guests gathered to celebrate the “force” with cast members and friends. 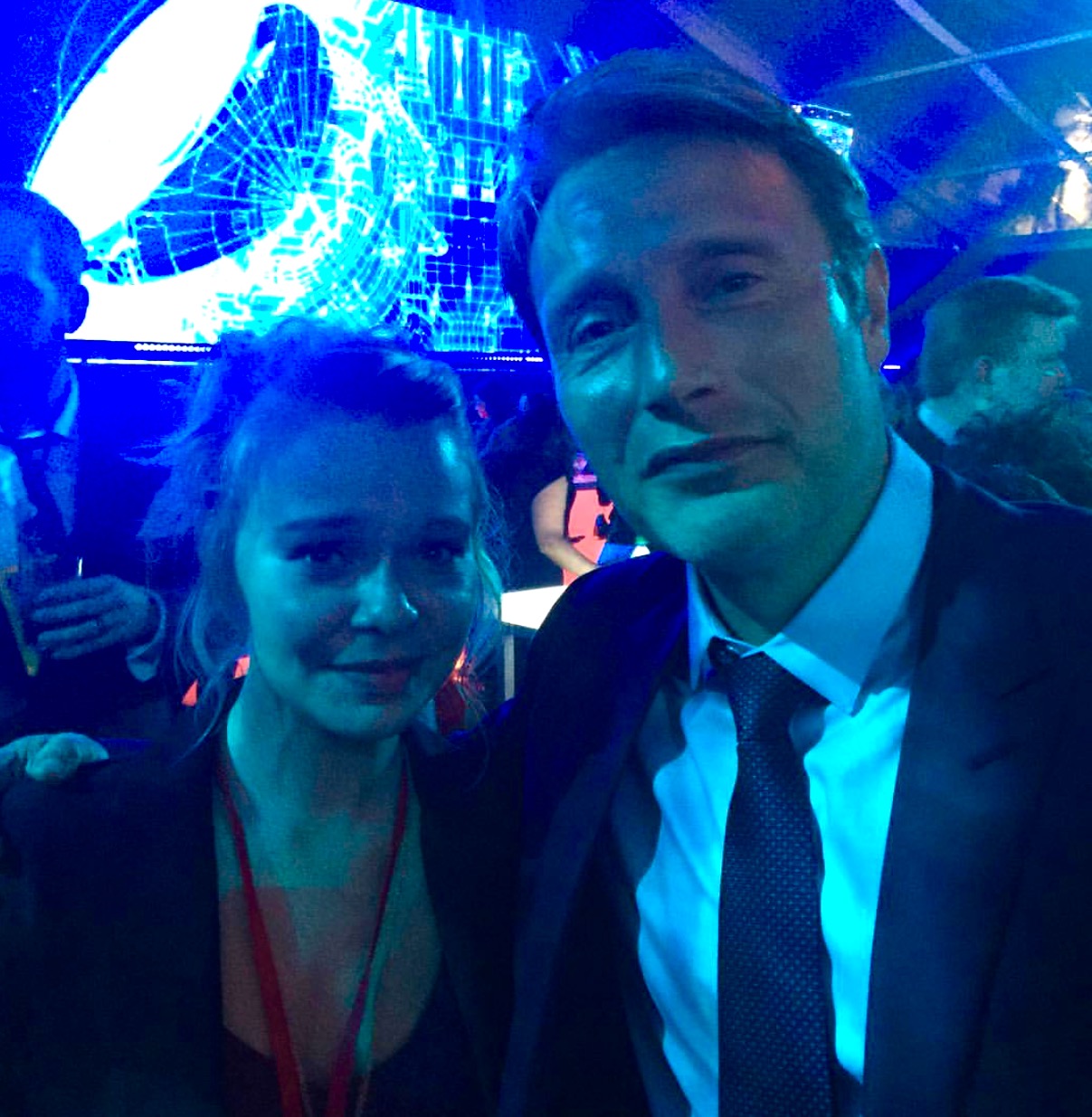 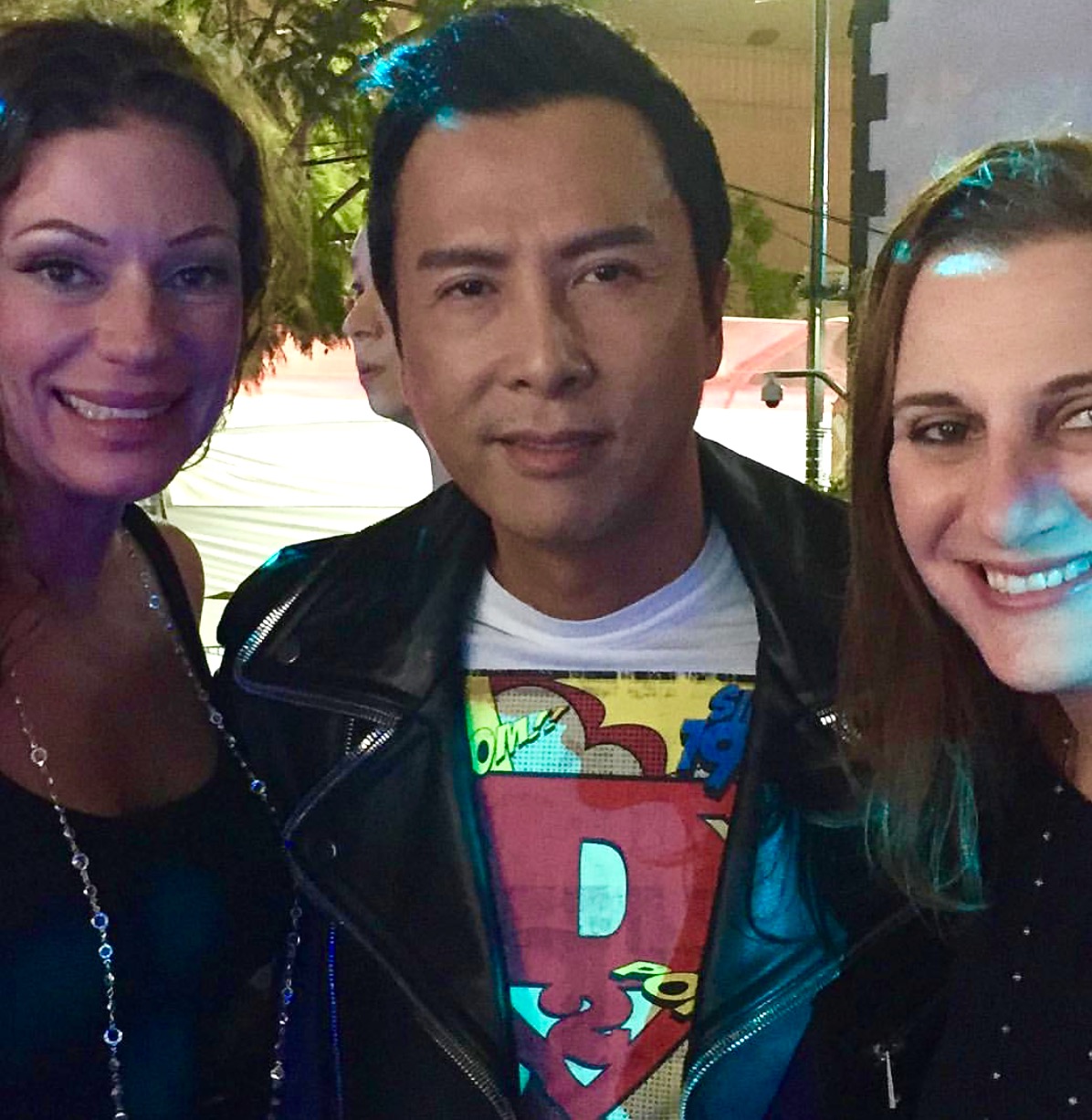 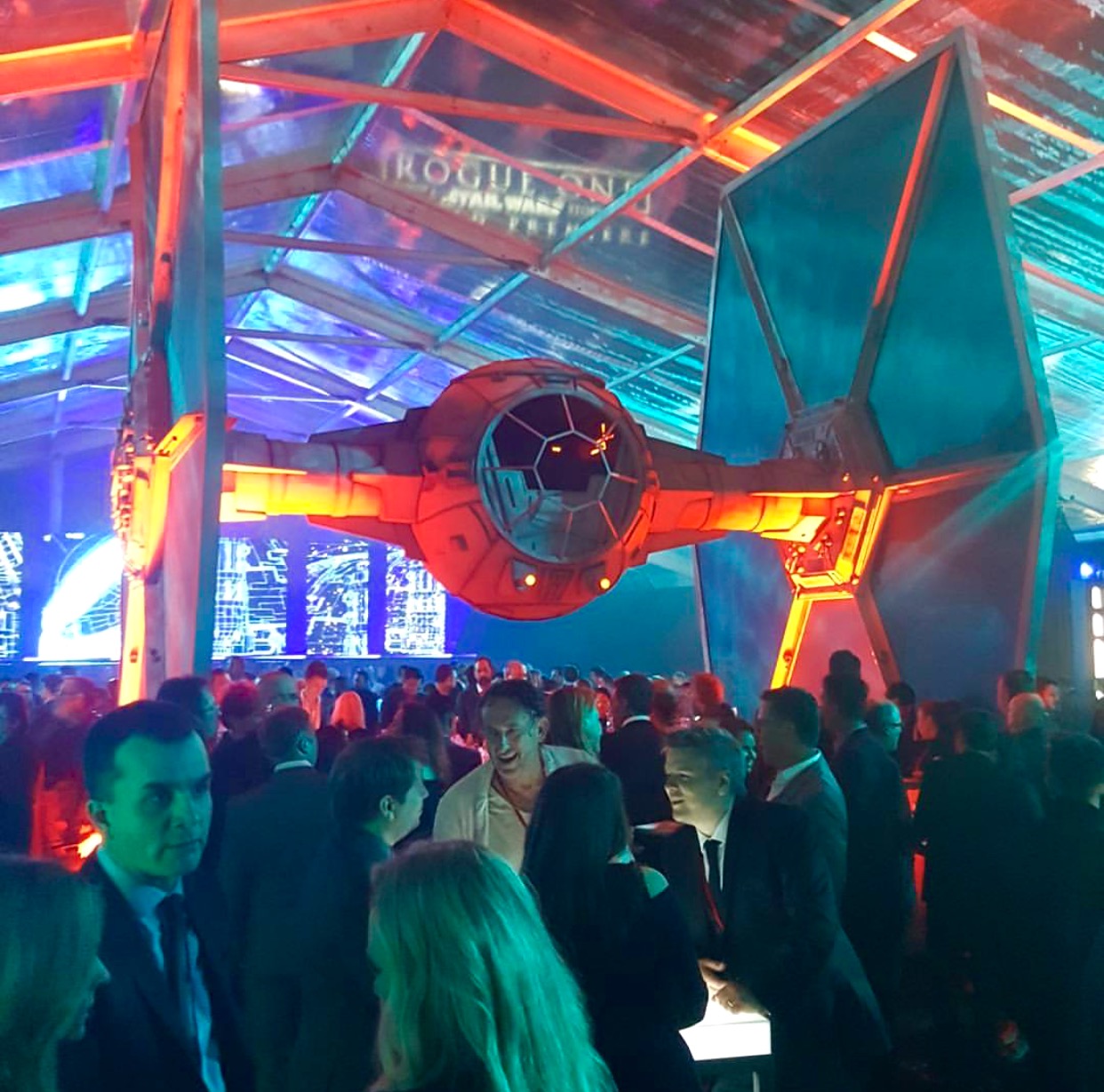 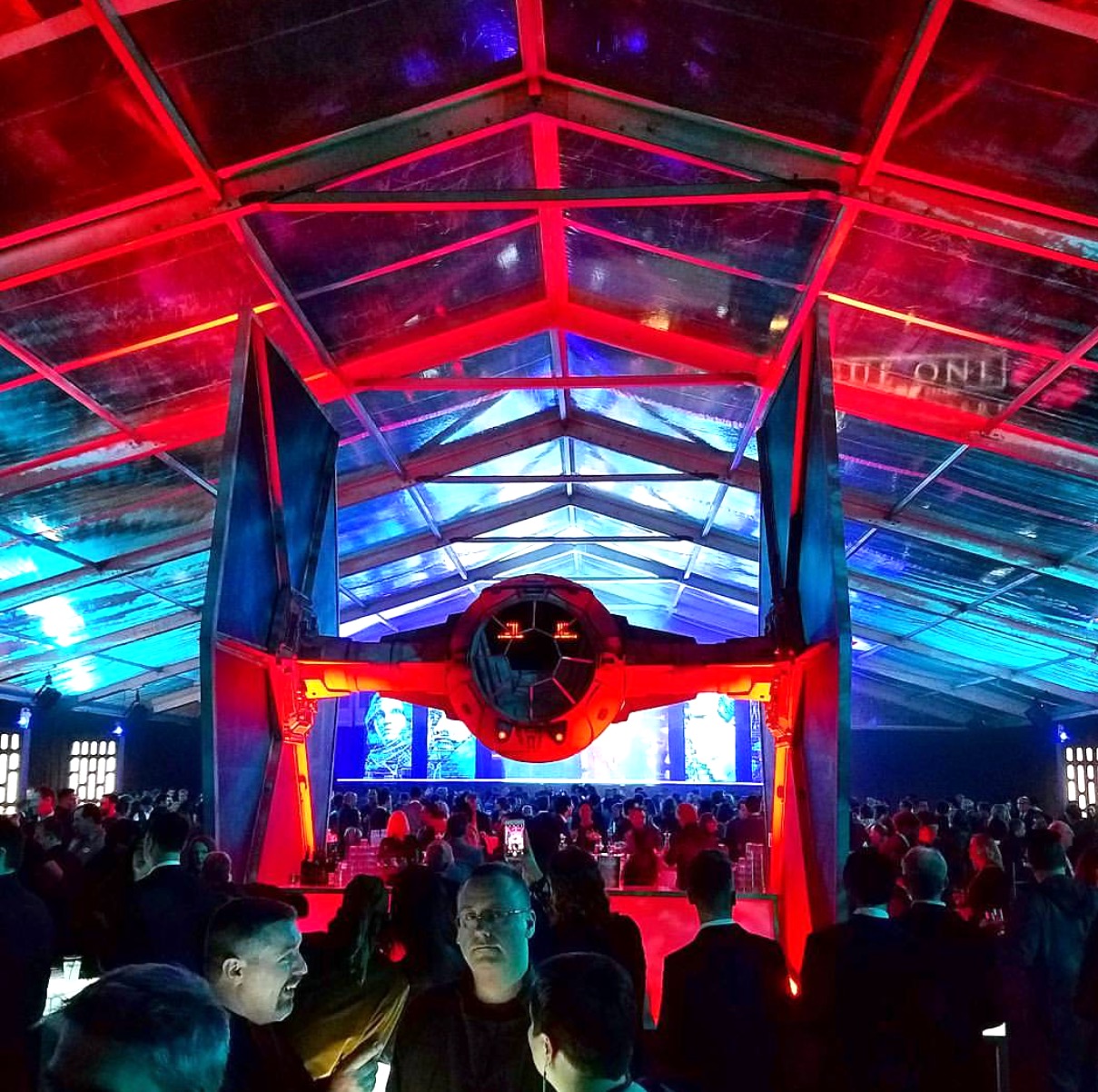 The film releases December 16th and is sure to grab a fairly high market share opening day.  Box Office Sales can be monitored here for those really curious minds. 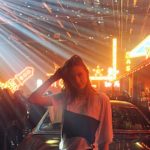 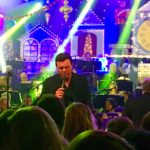