It is not often that the crème de la crème gathers together for one film.  But when Johnny Depp is a producer, that is generally a game changer.  Hollywood laid down the red carpet for the movie premiere Mortdecai this week.  Johnny Depp, Gwyneth Paltrow, Ewan McGregor, Olivia Munn, Paul Bettany, Jeff Goldblum and others attended the Los Angeles premiere.  Fans swarmed Hollywood Boulevard outside Grauman’s Chinese Theatre to catch a glimpse of their A-List celebrity. 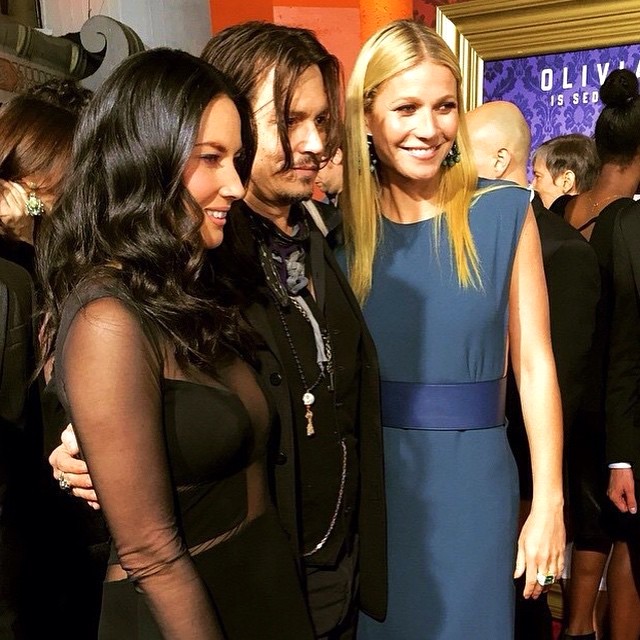 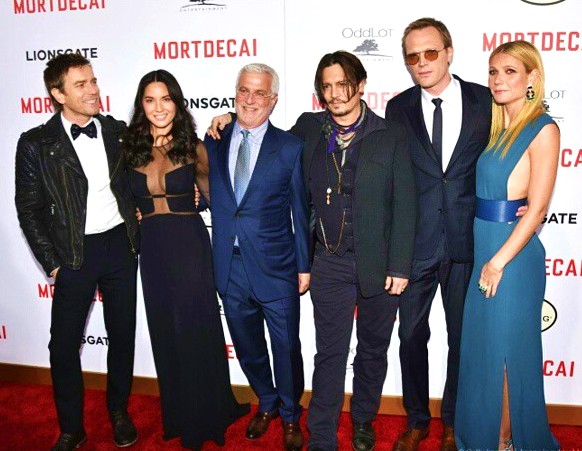 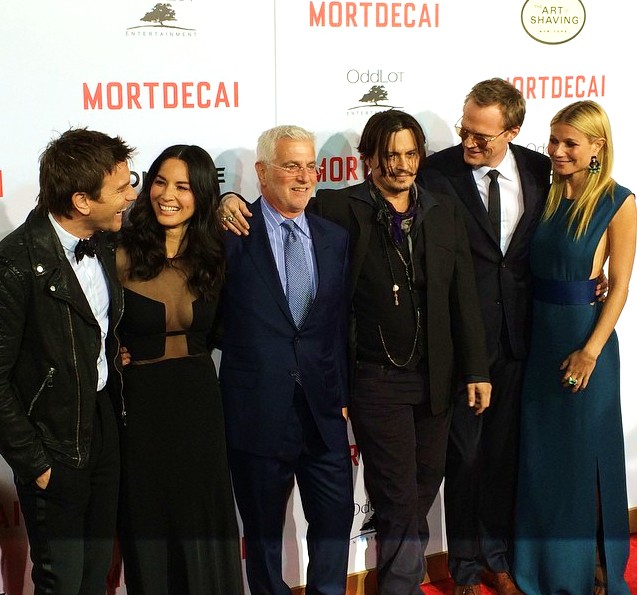 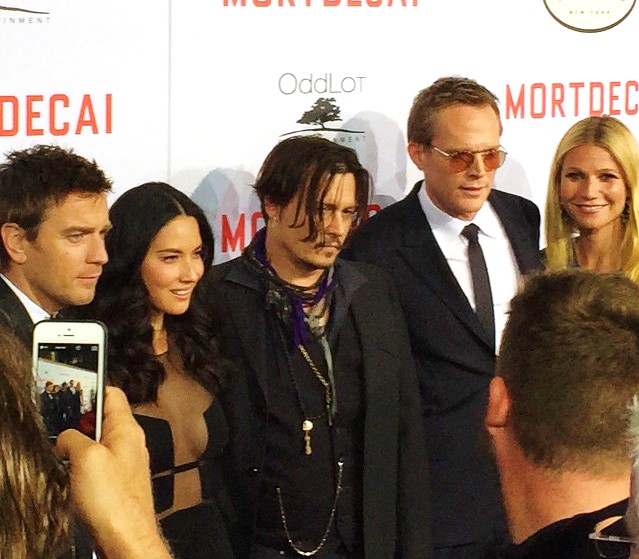 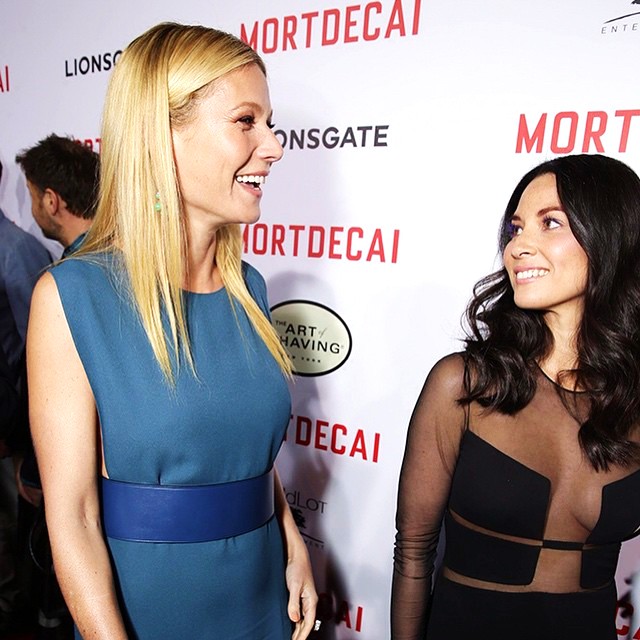 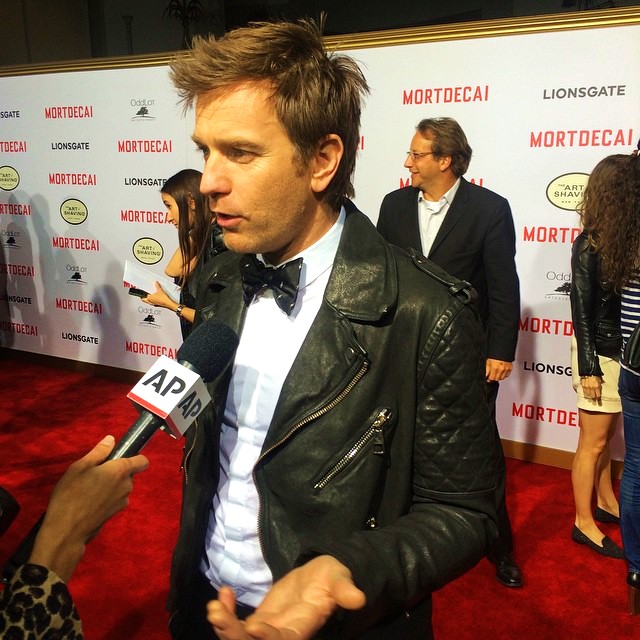 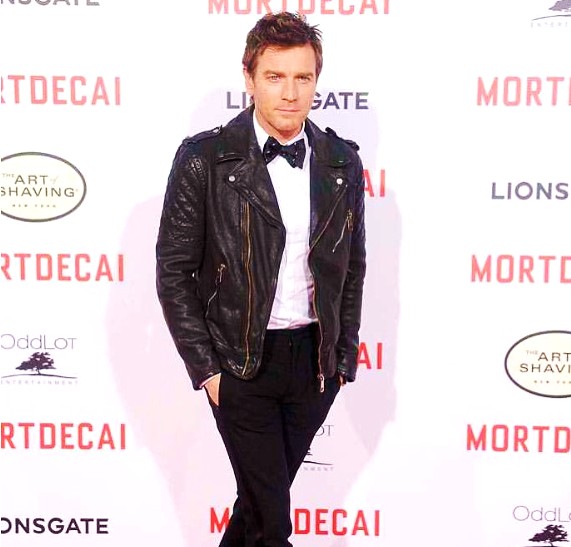 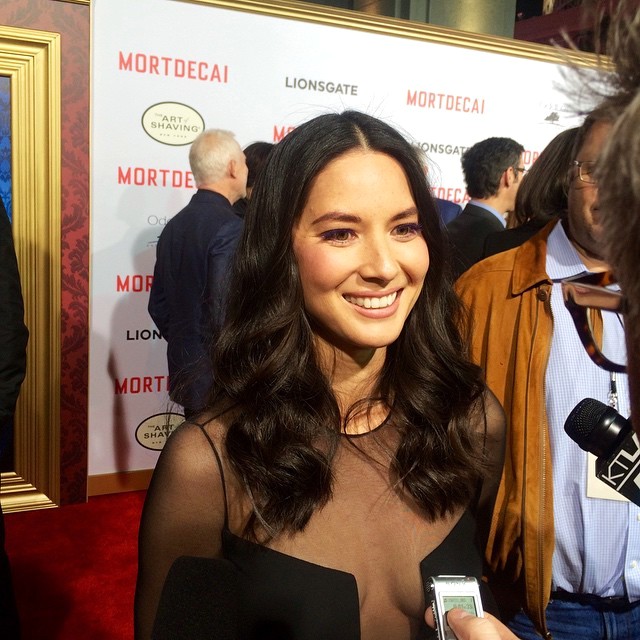 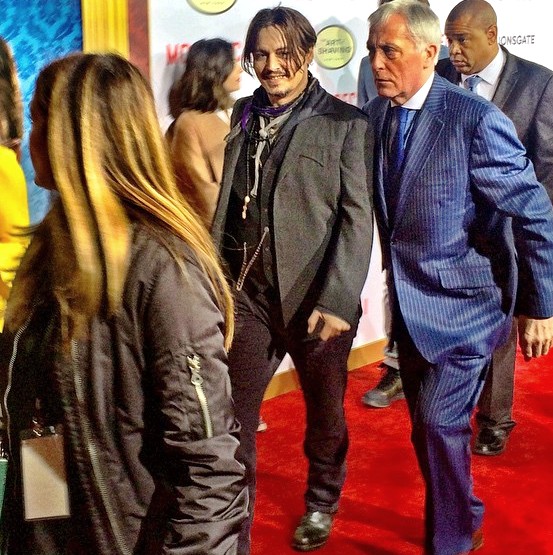 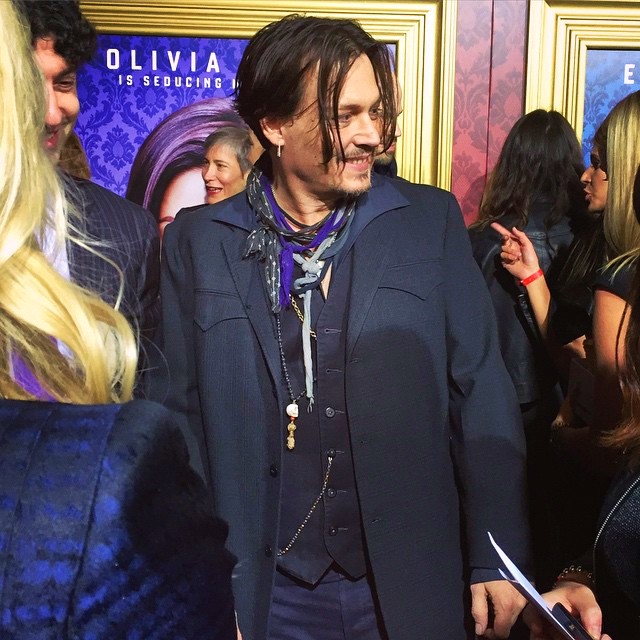 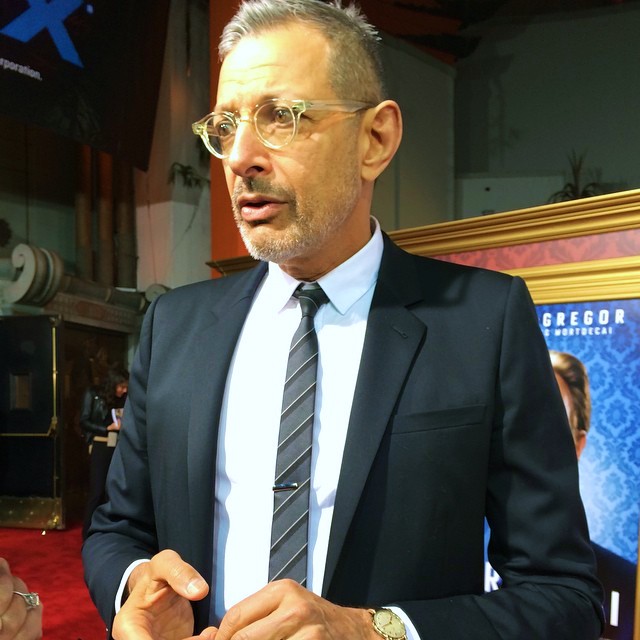 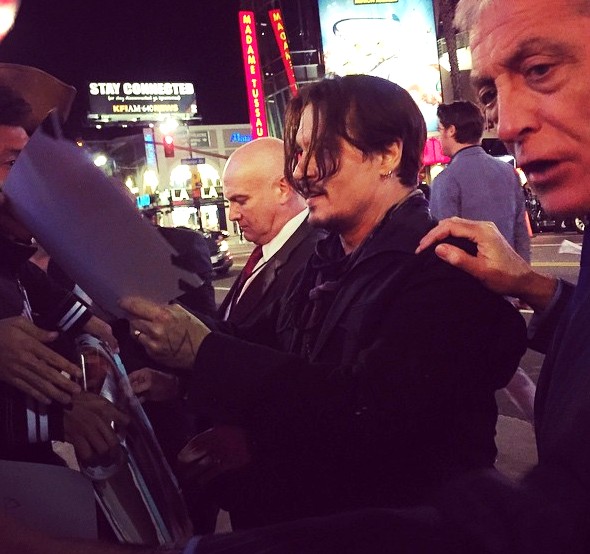 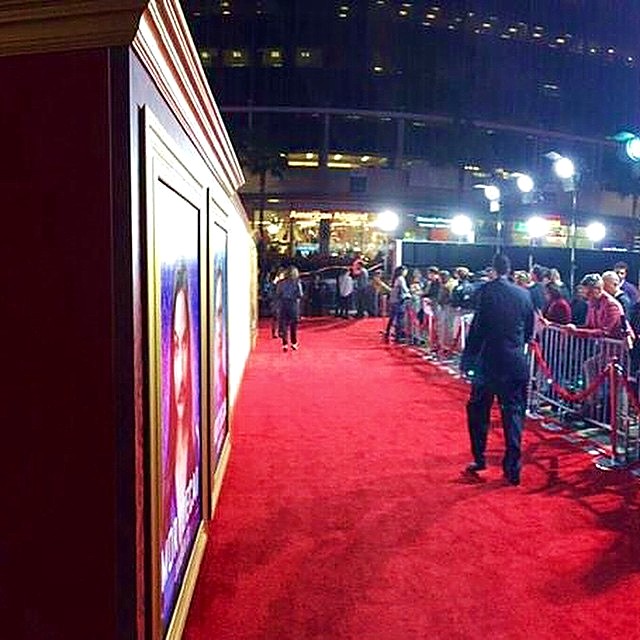 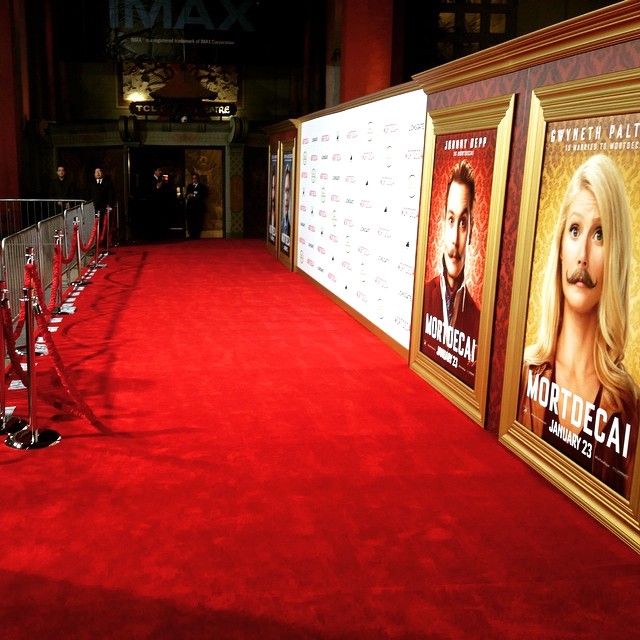 “Charismatic British aristocrat and part-time shady art dealer Charlie Mortdecai (Johnny Depp) suffers from a constant lack of funds to support his lush lifestyle, so when Alistair Maitland (Ewan McGregor), a college friend and officer in MI5, asks him to find a stolen Goya painting, he accepts.  But Charlie’s not the only one with designs on the painting; an American heiress and a revolutionary want it too, for the artwork is rumored to contain the code to a bank account filled with Nazi gold.” 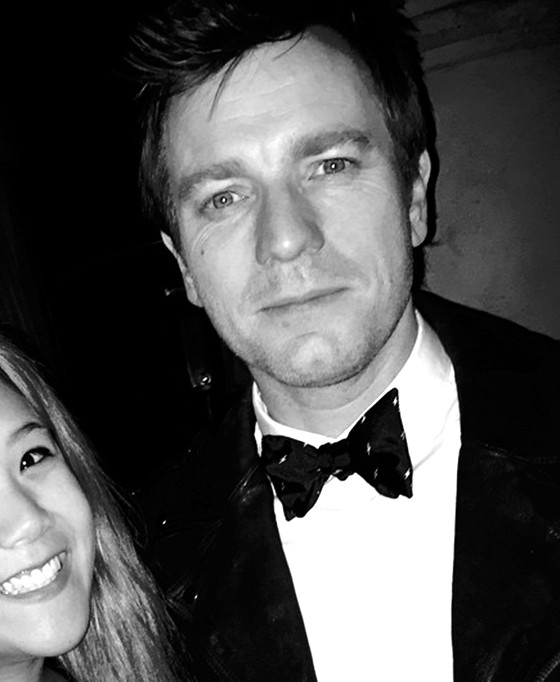 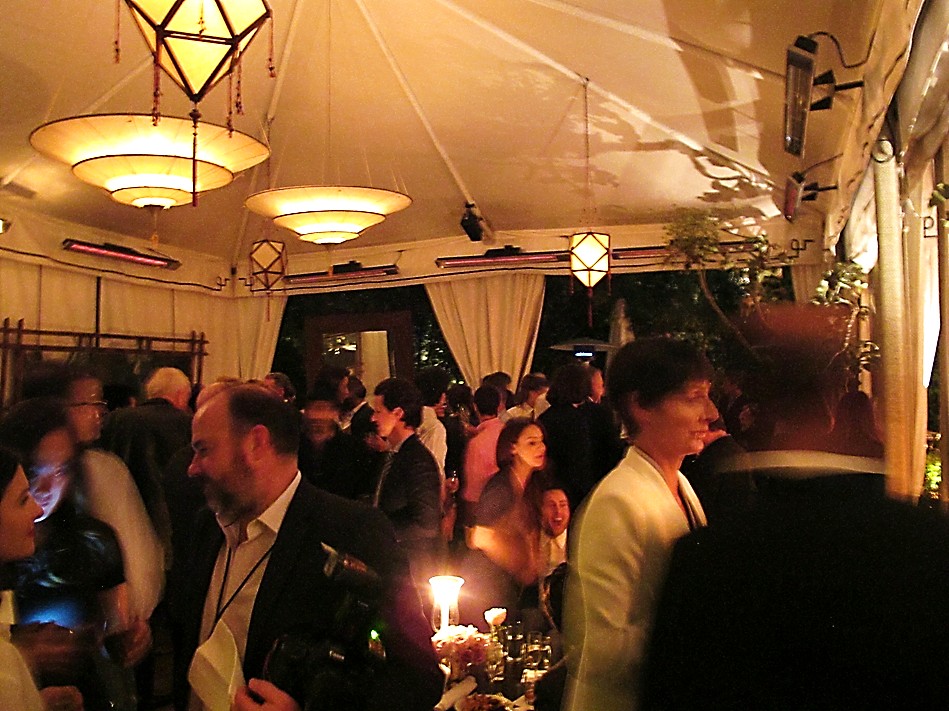 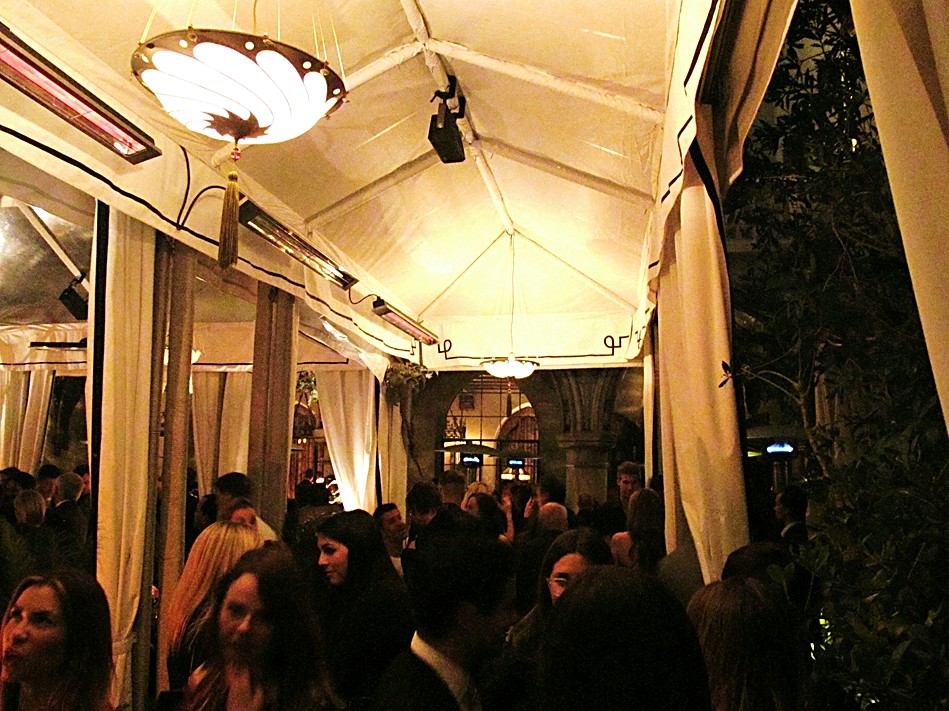 The after party was held at the famous Chateau Marmont on Sunset Boulevard (rumored to be Johnny Depp’s favorite hotel in Los Angeles).  Photo restriction was in place as a conservative crowd preferred to leave images for another day.  Gwyneth Paltrow seemed to be having fun near the entrance of the hotel with a friend as Johnny Depp mingled with guests outside.  A few lucky attendees were granted permission to take a few selfies with celebrities Ewan McGregor and Paul Bettany.  Most fans were indulged by celebrities outside of the movie theatre snapping selfies and photos with celebs. 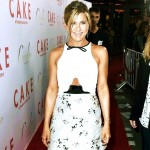 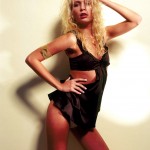